RemoFinger Works As a Stunning “Third Hand” For An iPad Musician 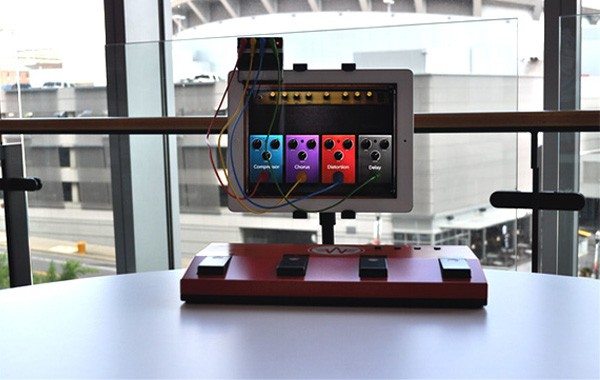 Thanks to the music apps like GarageBand, having your own creative music studio is just an iPad away. But while this seems like a profitable situation for digital musicians, there are some drawbacks you can’t ignore. Like controlling the app when your hands are busy in playing some musical instrument or taking it on a live stage where it’s really difficult to control a digital stomp box in place of a real one. What if there was a way by which the control of your virtual stomp was given to your feet? What if you could remote control your iPad apps through a tactile interface for easy and smooth musical enrichment? Wouldn’t that be an opportunity to take your music apps on the live stage! Nope, none of this is a concept anymore. With RemoFinger, you can actually bring the idea of remote controlling your iPad music apps with a wireless foot controller to life.

RemoFinger is designed to make an iPad musician’s life easy going and hassle free. By using this wireless foot controller, you’ll be able to remotely controls any apps on iPad, iPhone, iPod touch or Android with a “Touch Pointer” concept. You need to attach these Touch Pointers (4 per controller) wherever you want to click on the app and once foot pedal of a particular Touch Pointer is pressed, that section of the app gets a click like you would do with your finger. 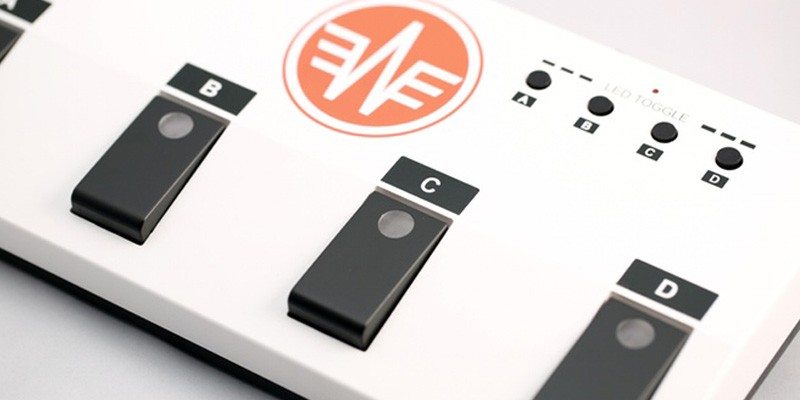 It would make the whole process of controlling your music apps while you play your instrument super easy and thus help you to blend your physical and digital worlds of music in a beautiful way. You won’t require any additional MIDI settings to make the most out of RemoFinger. It’s as the team says on their Kickstarter page, “Steve Jobs said the finger is the best pointing device in the world but what if both of your hands are busy for something like playing musical instruments? The RemoFinger can be your ‘Third Hand’ then.” 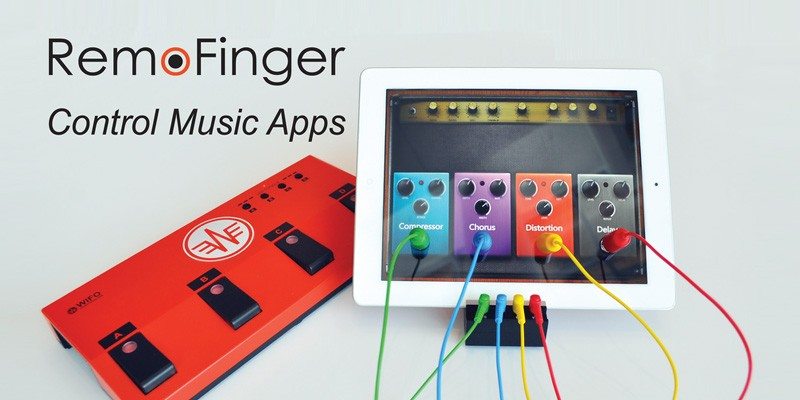 Who Can Use It?

Now, coming to the point of discussing who can use this controller and how, let’s go through some examples. 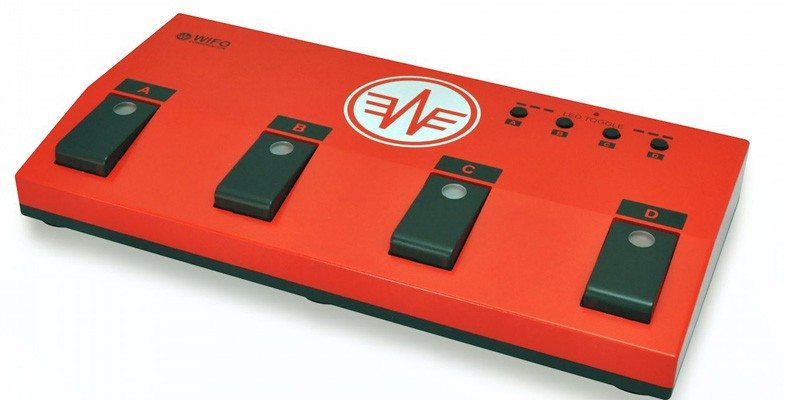 1. If you’re a guitar player who uses amps simulation apps such as GarageBand, JampUp, AmpliTube, Mobile POD, AmpKit, ToneStack GO or StompBox, the RemoFinger can help you turn your stomp box switch on or off, select presets or start and stop recording.

2. Say you’re doing a performance all by yourself. In that case, RemoFinger can be useful while you change your voice or instrument tone as well as control your audio track depending on the scenario. 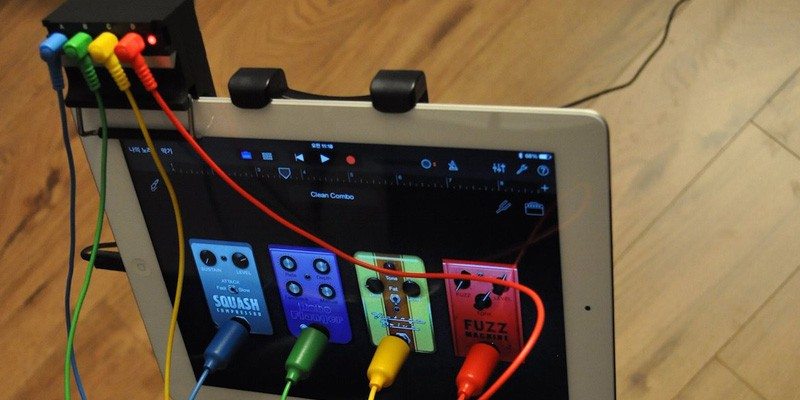 3. Find it difficult to turn your music score pages while you’re playing? That’s where RemoFinger can prove to be really really useful.

4. Even for creative performers who use apps such as Loopy, the RemoFinger can help in playing and pausing the recorded loops. 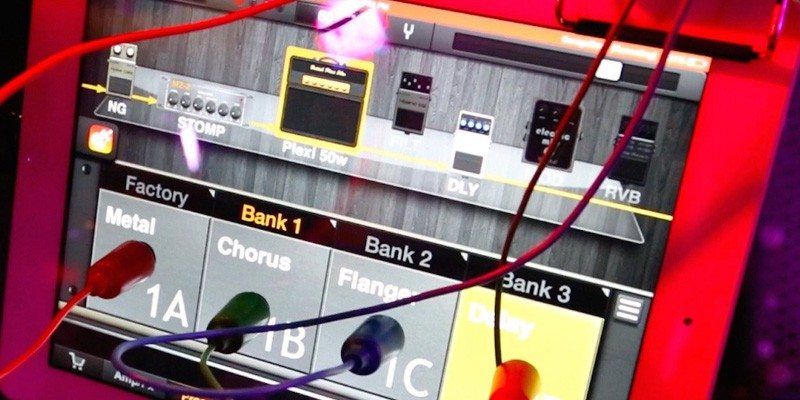 Yes, the number of possibilities to use RemoFinger is limitless. You just have to use the pedal board and touch pointer kit with your existing mobile device and you’ll be set to enjoy an extra pair of hands while you create your own music. Available for pre-order on Kickstarter from a starting price of $79, RemoFinger is indeed one of the most intuitive controllers musicians can make good use of. Happy Gadgeting!