SeeNote Is a Sticky Note for the Digital Age

“If it ain’t broke, don’t fix it.” So goes the maxim that warns against finding solutions to non-existent problems. In most cases, it is sage advice. The only caveat is that modern technology offers functionality that previous generations never had at their disposal. Just occasionally, it allows bright minds to improve significantly on decades-old designs. That is exactly what the makers of SeeNote believe they have achieved with their digital sticky note. This always-on display brings the humble Post-It into the age of connected devices.

Measuring 3½ inches square, the SeeNote is about the size of a large sticky note. It has no adhesive, but it will stick magnetically to your fridge, or anywhere else with the help of the supplied mount.

It shows to-do notes and other information on an e-paper display that stays on around the clock. This only sips at power, meaning the battery can last for one whole month between charges. The display looks crisp at 300 dpi, even in direct sunlight.

SeeNote receives data by connecting to the cloud via Wi-Fi, and to your phone via Bluetooth. The online My SeeNote platform will allow users to manage what their digital note should display. 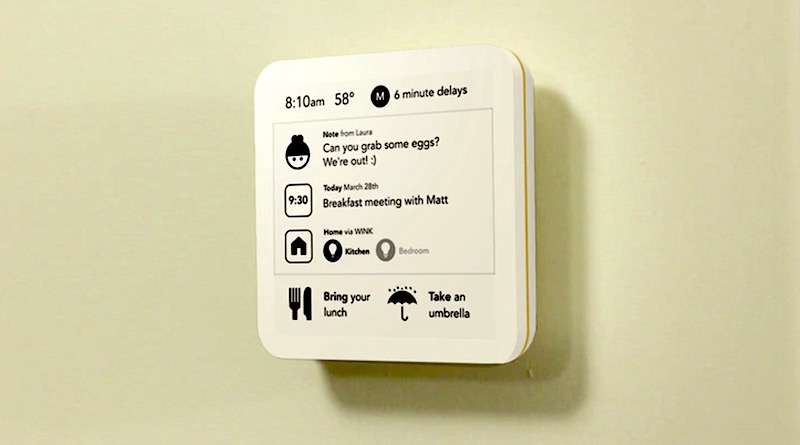 Along with iOS and Android reminders, SeeNote can look up your next appointment, get live traffic updates from Google Maps, and even suggest that you pick up an umbrella when the weather is inclement. A ring of glowing LED lights draws your attention to such notifications, and it is possible to control smart home appliances from the display via Wink. SeeNote also works with automation platform, IFTTT, and an open API should encourage further integrations. 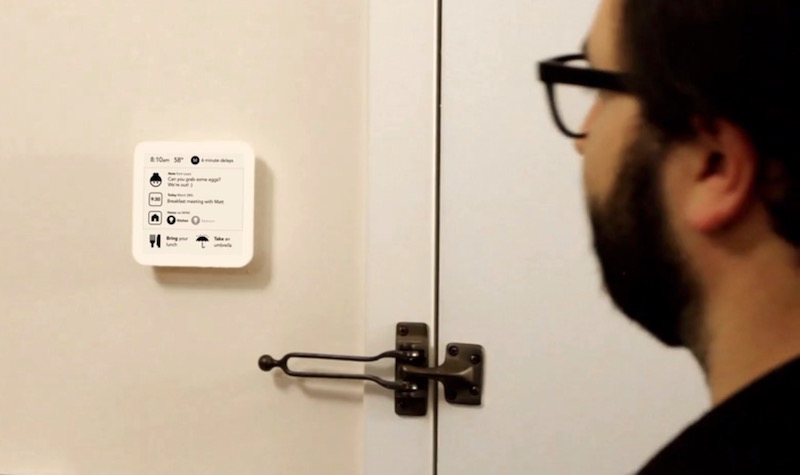 Rather than a direct replacement for a tried and tested form of note-taking, SeeNote feels like something completely new. At a pre-order price of $99, it remains to be seen whether buyers will flock to the digital sticky — those who do will have to wait until 2017 to try out their device. It seems only a matter of time, however, before this kind of smart display is in every home.

Do you like the idea behind the digital sticky?