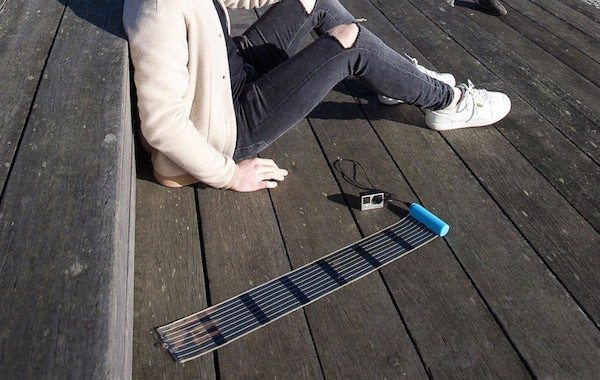 With normal use, most smartphones can last for about a day without access to an external power source. This fact is behind the increasing popularity of backup batteries, which allow you to carry around days’ worth of charge in your bag. But batteries of a truly pocketable size, the type you will always have with you, tend to offer nothing more than an emergency boost. One Danish startup, named Infinity PV, wants to change that. The company’s new HeLi-on device can store power, but also capture energy from the sun.

The idea is not new, but the technology certainly is. Wrapped around an internal battery — which has the capacity to restore most phones to full charge — is a film-like array of solar cells. When the sun is shining, it can be deployed much like a blind, unrolling into a flat sheet that is a couple of feet long. This is not your average solar panel; the carbon-based polymer or “organic” cells are made by Infinity PV, and are sandwiched between two layers of flexible foil. On a clear day, the HeLi-on (pronounced similarly to “helium”) can generate around 3 watts, which is enough to charge a phone in about two to three hours. Likewise, you can refill the HeLi-on’s internal battery this way. 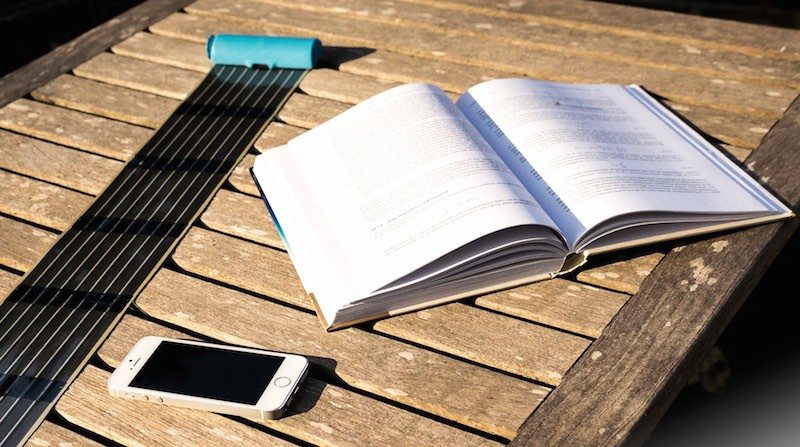 You retract the solar sheet with a simple winding handle on the end of the tubular HeLi-on, at which point the device measures just 11.3 x 3.6 x 2.8 centimeters. It weighs 105 grams, and can output power to pretty much any USB device. 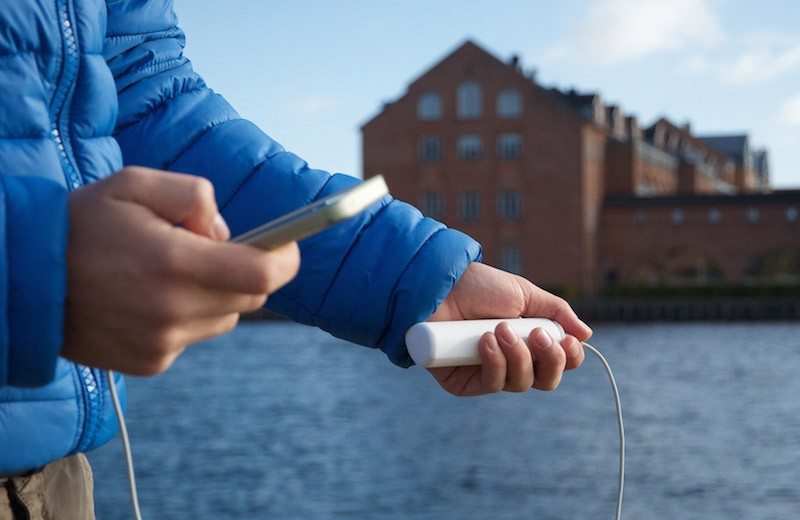 The HeLi-on is currently on Kickstarter, seeking DKK500,000 of funding (approx. $71,953) for production. At the time of writing, backers have pledged half of that total. The pre-order price for the solar charger is DKK590 ($85), which is relatively expensive against the cost of comparable batteries, but very good value when you consider it offers unlimited free power.