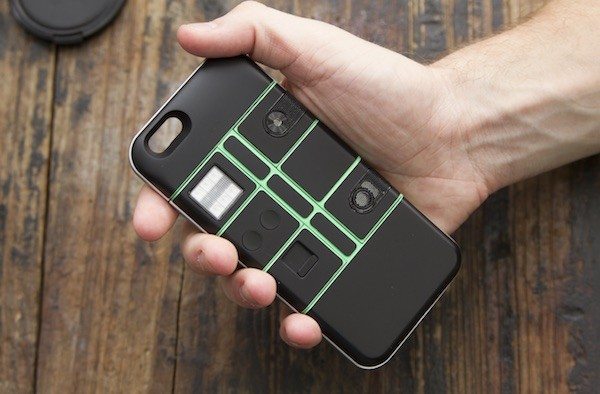 The dream of a modular phone — one with components that can be replaced at will — is in a somewhat dormant phase at present. The primary hope, Google’s Project Ara, is making progress, but the first production units remain a distant proposition. In the meantime, other manufacturers are seeking to provide the option to add extra functionality in a similar vein. Nexpaq is one such startup, and the case it produces, of the same name, lets phone owners insert an array of modules for an instant upgrade.

The case almost perfectly replicates the side-loading design of the current Project Ara prototypes, although the design of nexpaq’s product is considerably sleeker than Motorola’s best efforts. The six ports can be filled with any of the twelve modules to be developed thus far, and impressively, they are all compatible with both the iPhone and Samsung Galaxy S5/S6 Edge versions of the case. Apple has also issued the company with MFi certification. 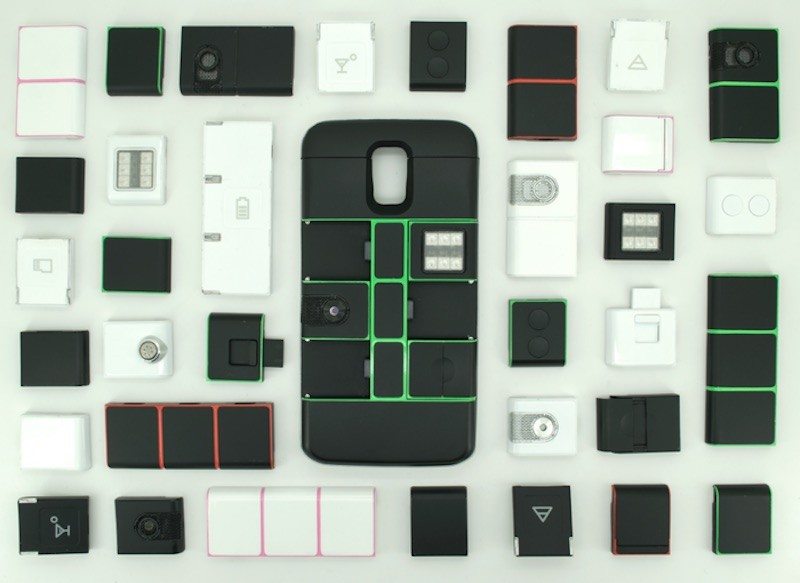 Among the modules, there is an extra battery pack which takes up three slots and adds at least 30% extra capacity; storage can be supplemented by the SD card reader, the mini flash drive, or the backup hard drive modules; louder sound is provided by the amplified speaker module, and the LED flashlight will be popular with photographers. There are also modules for monitoring temperature and humidity, air quality, and the alcohol content of your blood, plus a module of two programmable hotkeys, a laser pointer for regular presenters, and a dummy module for filling unused slots. These functions are administered by nexpaq’s app, while the case itself is powered by an internal rechargeable battery. 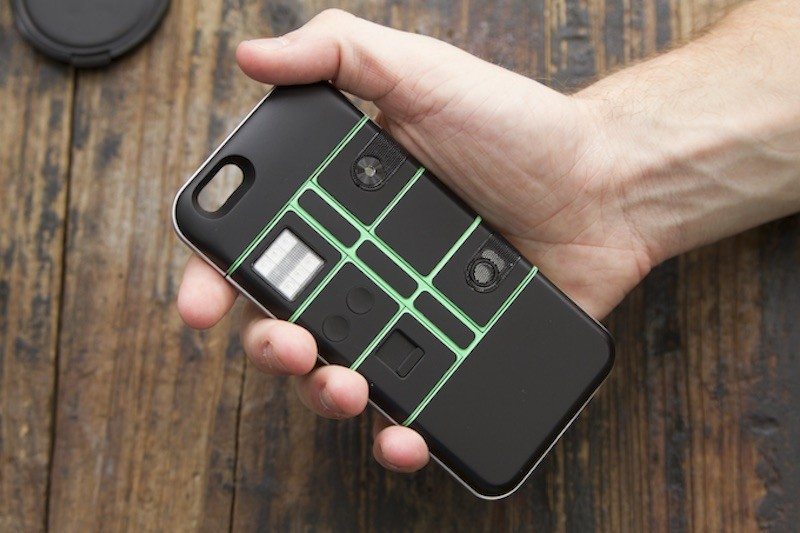 Impressively, Kickstarter backers can secure one of the first generation of consumer-ready cases for $99, or $109 for the starter pack containing four modules. The price of individual modules varies, but they start from $14, apart from the dummy option at $3. The case comes in four color schemes, and backers are due to start receiving their cases in January 2016.