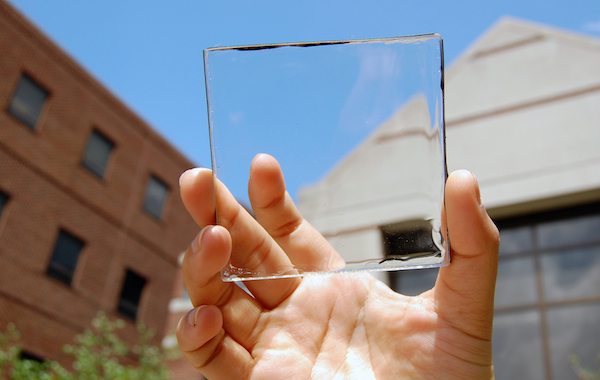 While fossil fuels are clearly not the long-term solution to the world’s insatiable hunger for electricity, solar power certainly isn’t ready to take over just yet. But that’s not for lack of available energy. Enough sunlight falls on the Earth each hour to keep the lights on for a whole year. The challenge is to capture it — a task that fledgling firm, Ubiquitous Energy wants to make a little easier by turning every window into a solar panel.

The new company has developed a transparent, infrared-absorbing film which can be applied to standard glass. As sunlight hits the film-equipped glass and heats it up, the film starts to “glow” with infrared light. This energy is then captured and turned into usable electricity by solar cells, which are mounted around the edges of the glass. It is a system that is likely to be cost-efficient, both to install and replace, which is particularly important given the relative fragility of glass. What is more, if such a system were to be installed on a skyscraper, the surface area for energy capture would be huge. 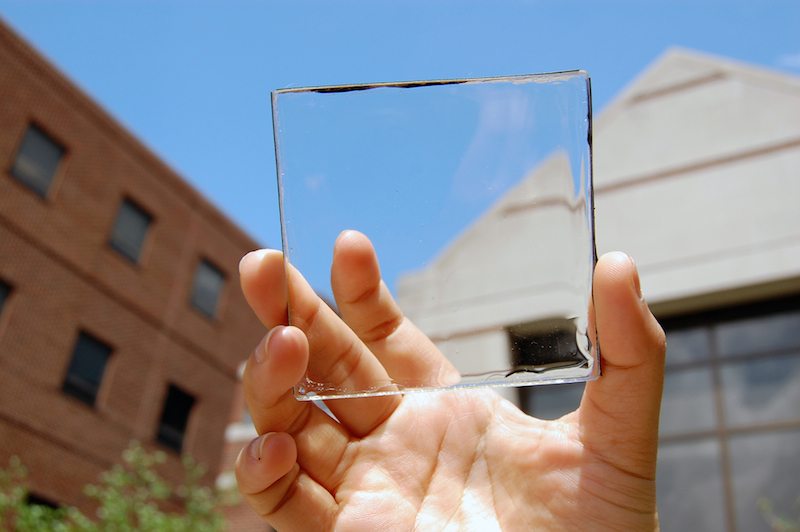 The potential is exciting, then, but a degree of patience is needed — the technology is some way off being ready for real-world use. The current prototypes are about 1% efficient at turning sunlight into power, which is quite a downgrade on the current industry standard of 20%. However, the plan is to continue developing the technology, with the first commercial applications (such as on large-scale buildings) projected for five years’ time, according to Ubiquitous Energy’s co-founder, Richard Lunt. 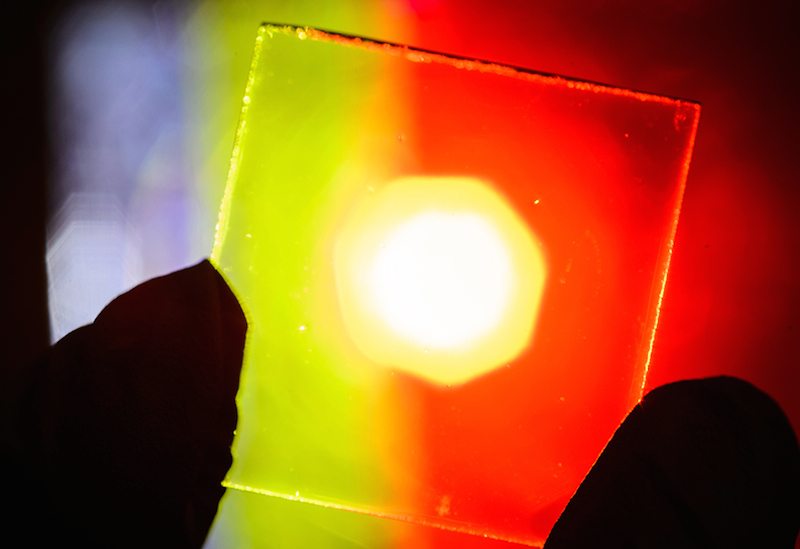 Speaking to Michigan State University’s blog, Lunt states that the company’s eventual goal is to integrate the technology into “any kind of mobile device that demands high aesthetic quality like a phone or e-reader”, and that they want to “make solar harvesting surfaces that you do not even know are there”.

To find out more about the film, check out Ubiquitous Energy’s website.