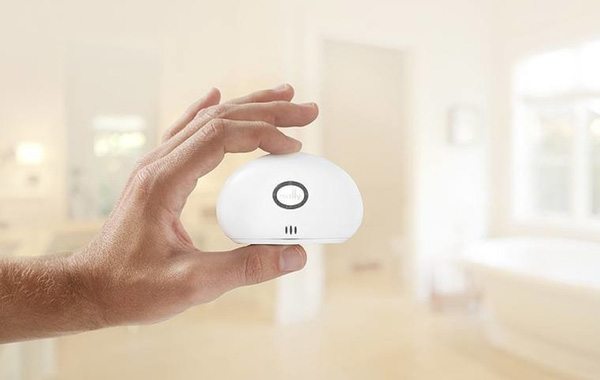 Home automation gadgetry is quite the talk these days especially after the kind of progress in interoperability this industry has been seeing since CES 2014, earlier this year. The recent launch of Wink hub from Quirky also adds to the enhancement of smart home technology that has become the most vital aspect of living safe today. While there have been a lot of innovations centered around smart locks and doorbells, the thermostat and AC control units have not been far away either. What’s best with this form of technology is the way it combats general environmental and non-environmental hazards such as burglaries and smoke detection. At a time when the United States alone is facing about four burglaries every minute, such kind of futuristic protection definitely seems to be of good help.

But apart from these areas in home protection, there’s another important arena too which often suffers due to neglect and improper use. It’s the entire home’s water system which made 14 million homeowners in 2011 suffer from damage due to water, freezing and mold, resulting $11 billion in property loss claims. The solutions are mostly temporary and does not pose to be a preventive measure to avoid such disasters in the future. That’s the area where WallyHome falls in place with its smart wireless sensing network that enables you to prevent such mishaps by pre-detecting unwanted water leakage and moisture around the house.

Renowned for their patented technology on environmental hazard protection inside the house, SNUPI Technologies took a step ahead by bringing this revolutionary concept from the labs of the University of Washington and Georgia Tech and made a marvelous smart home network for healthy and safer living indoors. It’s a connected device network using which you’ll be able to protect your biggest investment from facing a water leakage hazard unnecessarily. Especially for those who are prone to leaving their house unattended due to long vacation breaks, this kind of smartphone compatible sensing network will always come handy. When talking about their product on the opening press release, Jeremy Jaech, SNUPI Technologies’ CEO, said, “We’re proud to be putting a product on the market that solves a real problem for homeowners. In our increasingly busy lives, we often neglect basic homeowner maintenance, such as replacing dishwasher and washing machine hoses every five years. We want to give people a means to be connected to their home no matter where they are, and provide them an alert when even a maintained hose or water heater starts to leak. WallyHome’s user-friendly interface and convenient modes of communication allow for an interactive experience, so you’re always in the know. Wally is here to give the world safer, healthier and smarter homes.” 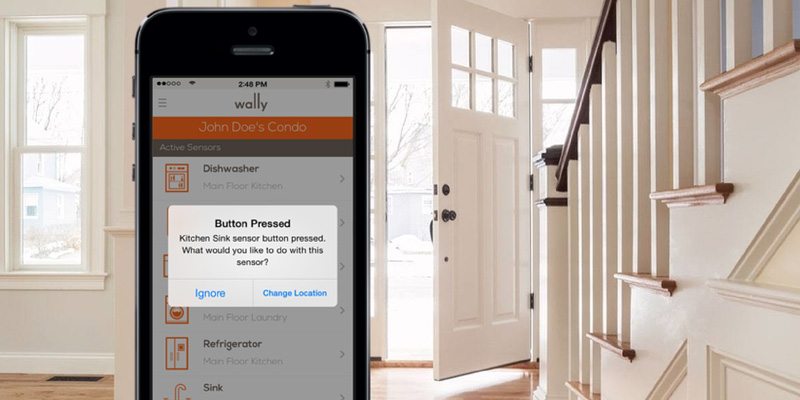 Never Stay Away From Your Home During Vacations

With WallyHome sensors inside your house, the old proverb saying “Prevention is better than cure” is actually what comes into action. By detecting water leakage as well as changes in humidity and temperature around the various water prone areas of the house, WallyHome ensures small leakage problems do not lead to big, expensive ones. It’s that one monitor which fits perfectly with your existing piping network and is always at work silently, without requiring constant charging, for a stretch of 10 years. In an interview with GeekWire, Jaech also said, “The system uses ultra-low-power, wireless sensors, which are placed with appliances or in hazard-prone spaces. They are paired with a hub, creating a smart home platform that uses machine learning analytics and data mining to provide homeowners with information about the health of their home. Homeowners are alerted instantly via text, push or email of water leak locations or potential hazards, such as conditions for mold.” The set up is simple and can be made to operate within an hour by just placing the sensors around the house and connecting them to your home internet using the Wally App for desktops as well as smartphones. 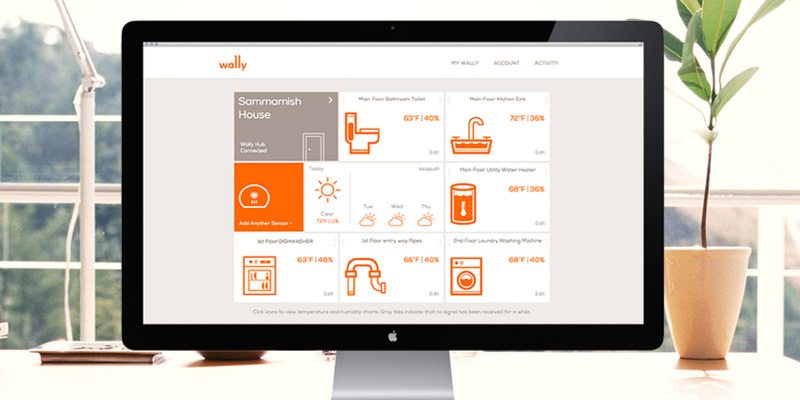 You can choose your preferred people who need to be informed about alerts via the mobile app which is extremely intuitive in terms of providing the appropriate data on the dashboard. From receiving instant alerts to seeing all your sensors operating in various areas of the house on the dashboard, the app gives you everything at a glance. No matter where you’re vacationing on the globe, your house always stays under your control. Since the sensors use the highly efficient SNUPI (Sensor Nodes Utilizing Powerline Infrastructure) technology which ensures low-power consumption that can make them run without a charge for a span of 10 years, maintenance is not a big criteria for this entire network as well. Using the Wally Concierge Service powered by HomeAdvisor, you can also get immediate help from a group of home professionals as and when required. A detailed, mess-free, silent approach towards home protection from water leakage could not have had a better solution than WallyHome. The kit comes at a price of $299 which consists of a hub and a pack of 6 sensors together with other network essentials. You can also buy separate sensors for $35 each incase your house has a lot of watery corners here and there. Get set to welcome a new form of water safety with this revolutionary smart home device today. Happy Gadgeting!