What You Need to Know About Taxibots: The Self-Driving Taxis of the Future 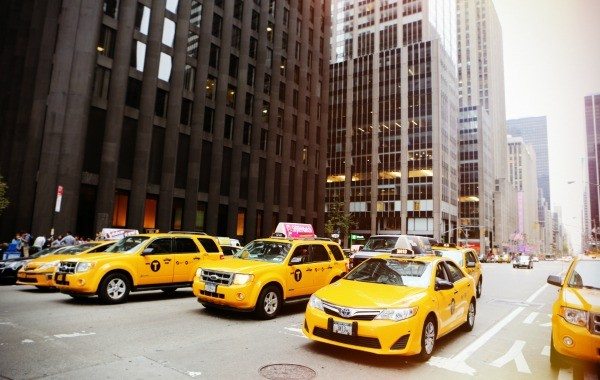 At first, the concept of self-driving taxibots seems a bit scary. Just the idea of a computer or robot-based transport vehicle driving down the road — on its own — is disconcerting. How could a car or vehicle operate without a driver? How dangerous are these things?

When you delve further and do some research, you quickly begin to realize that not only are taxibots and self-driving vehicles safer, but they’re also more efficient. That’s before you even factor in the countless benefits they can offer.

For example, a recent study found taxibots could cut down the number of cars on the road by about 90 percent. This would make roads much less congested, and it would also free up precious real estate in urban areas that would otherwise be used for parking.

Okay, that does sound pretty great, but what exactly are taxibots?

Self-driving vehicles are nothing new. Companies like Google, Tesla, Audi and many others have been working on them for a while and have even been testing them on real U.S. roads, no less.

Taxibots are essentially the same thing, only they are designed with the sole purpose of transporting passengers. They work just like traditional taxis, except they are autonomous and don’t require a driver.

Essentially, they will be a given a travel route whereupon they’d pick up passengers and take them to a specific destination, just like public transportation. Google and Uber — a crowdsourced transport service — are currently working on technology that might be used for these self-driving taxis.

How Will They Help?

Aside from eliminating human error in the equation and making roads safer — we all know taxi drivers aren’t the safest — there’s a lot taxibots can do to help.

First, they could eliminate as many as 9 out of 10 cars on the road in a mid-sized European city. That means roads would be less congested and there would be fewer vehicles on the road burning through gas. Travel times would improve, and the environment would benefit too.

More chauffeurs on the road — and more people using the automated taxis — means a decreased need for parking. The whole reason there are so many parking garages and lots is because there are so many people commuting. Once you alleviate that problem, it will free up a lot of urban space, and space in a city is always precious and needed.

Finally, they would be controlled and operated by computers. These can more accurately calculate speeds, braking distances and even oncoming dangers. The latter feature is exponentially increased when automated vehicles can communicate with one another. Most, if not all, accidents happen when two human drivers are unable to react appropriately. Reportedly, 81 percent of car crashes each year are caused by human. A computer, on the other hand, would know exactly how to handle dangerous situations, and they would happen much less often.

When can we expect to see taxibots become a reality?

It’s still going to be a while before we see taxibots used on public roads. Google and Uber are working on the technology, sure, but there are still a lot of kinks they need to iron out. Google says self-driving cars may not be ready for consumer use until 2020. Elon Musk, the CEO of Tesla Motors Inc., believes his company will be the first to market with such a product, yet federal red tape could delay taxibots until as late as 2023.

We’ll find out in a few years when these vehicles start hitting the public roadways.

What’s your opinion about taxibots and self-driving cars? Tell us in the comments section below.

Image by Life of Pix