Can these VR glasses actually enhance your productivity?

We know that virtual reality is commonly used for gaming and entertainment, but what about productivity? Today we're taking a closer look at how the upcoming HTC VIVE Flow could help boost your productivity. Will your next office be a virtual one? 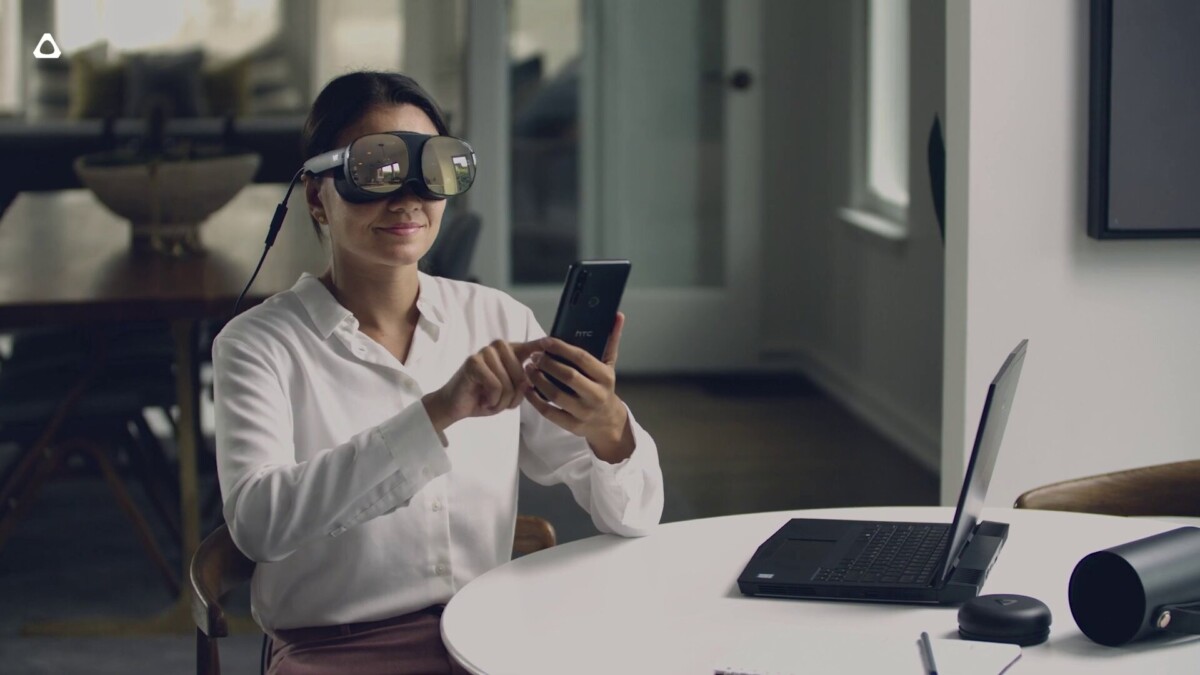 We’re used to seeing virtual reality (VR) devices that let us escape into videos and video games. It’s commonly used as a means of entertainment or escape. In fact, escaping is exactly what HTC wants people to partake in through its latest VR glasses, the VIVE Flow.

The ability to use VR to detach from reality and go into digital worlds is something tech-junkies and sci-fi enthusiasts have anticipated for a while and it seems to finally be at our doorstep.

However, there’s another similar use for VR that’s been largely overlooked and HTC highlighted it during its VIVE Flow reveal. It’s the ability to use this exciting new technology to boost productivity. How can VR help you be more productive, you might ask? That’s precisely the question we wish to answer. Let’s dive in!

At least for now, nothing is more synonymous with virtual reality than gaming. With how far the technology has come in recent years, it’s easy to see why gamers especially have adopted it so quickly.

Gaming is already a form of escapism, but sitting in your living room in front of your TV is different than doing it with a device that helps cut out the surrounding environment. Putting on a VR headset and headphones immerses you more deeply in the content you view (especially when you consider the addition of motion controls).

When you apply this same practice in other ways, it makes sense that this immersion would provide a deeper form of escape. For example, you don’t need an entire gaming session to experience this. Simply being put into a scene like a beautiful beach or a serene forest is enough to separate from reality for a short time.

This is one of the primary goals of HTC’s VIVE Flow VR glasses. HTC wants you to be able to use its device specifically as a way to check out and take a breather when you need to.

Can it really enhance productivity?

In short, the answer is a flexible yes, but it will ultimately vary from person to person. Upfront, there’s not a lot of content geared toward improving productivity, in particular. Thus, there aren’t a lot of examples of how it’s useful in this area yet.

However, that doesn’t mean it isn’t effective. HTC makes a point to highlight the VIVE Flow’s ability to help boost productivity. It does this with its VIVE Sync feature that lets users to transform their current environment into virtual lo-fi distraction-free workspaces.

It makes sense that limiting visual and audible distractions from your surroundings and allowing you to focus as though you’re in your own private office would be beneficial. The ability to do this literally anywhere, be that at home or in a busy coffee shop is honestly pretty significant.

In the same way, HTC wants you to use the VIVE Flow for “me time” and meditation—even to help you sleep. Arguably, this too could help boost your mood and mental state, thereby increasing productivity.

It has significant potential to boost productivity

All that said, it really would seem that things look quite positive for VR glasses like HTC’s VIVE Flow. The implications for its future look good, and there’s significant potential to boost moods and productivity.

Personally, I’d be happy to use it just to escape noisy neighbors—but, hey, that’s just me. If you’re interested in learning more about the new HTC VR glasses, it’s worth checking out the official website.

You can preorder the HTC VIVE Flow here for $499.