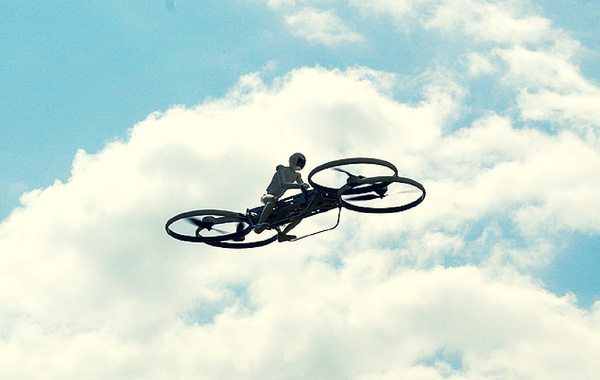 It’s pretty obvious to consider this whole new world of unmanned aviation nothing short of a revolution today. From the functionalities they offer to the way they are designed, drones take you back to those movie timelines of Independence Day and Star Wars which were some of the best pioneers in seeding these unbelievable robotic inventions in the human mind. The kind of massive benefits we could harvest from such inventions is infinite – from saving those who are affected by natural calamities to bringing a new outlook in the world of transportation, drones have a lot more to do than just be of help at wars. It was only towards the end of last year when Amazon declared their product delivery service using drones which became big news in no time. There’s a lot of new technology coming up from this sector ever since then, a few of which we’ve already covered such as the AirDog Drone and the Parrot Bebop.

It’s truly overwhelming to incorporate this magnificent technology in our day-to-day lifestyle which operates perfectly without a tinge of doubt. But Chris Malloy from Malloy Aeronautics wanted to take this form of unimaginable technology a step forward with the introduction of a drone you’ve never seen before. Hoverbike is not just any other drone you may have come across at the park or on the roads time and again; instead this is probably the first airborne vehicle which combines the functionalities of a motorbike and a helicopter together. It’s not just a drone you can control from the ground – with the success they had on Kickstarter, you can now expect a version which will let you fly on it as well.

A Personal Helicopter With Motorbike Powers Is On Your Way

To create the world’s first flying motorcycle is not a joke. It took the team years of research and development before coming down to a version both safe and affordable for you to use on a daily basis. The project was started by Chris Malloy as a hobby in his garage at Sydney, Australia, the first prototype of which was a bi-copter. It was controlled by deflecting thrust from its two propellers using control vanes. Then they slowly moved to proven quadcopter design because it was difficult to make the bi-copter pricing cheap enough for commercial sales. The fact that this team from Malloy Aeronautics tried to bring the powers of a motorcycle on a helicopter is interesting too. 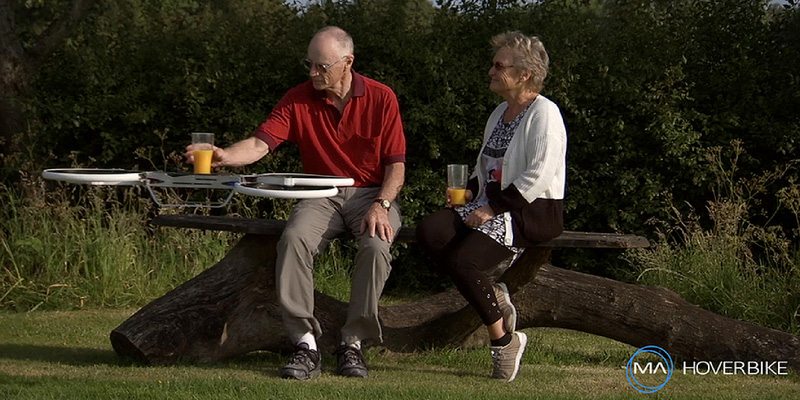 In an interview on Reuters, Chris Malloy had said, “I’ve always been one to look at designs and see how I can make them better. And when I got my helicopter licence I realised that the helicopter as a design has a lot of improvements that need to be made, and one of them is safety and reliability. They’re very complex machines. And my goal was to see where we could strip away the complexity and increase the safety and that’s basically where the hoverbike came from.” When compared to helicopters, Hoverbike is way more cheaper in price and easy to use having low on-going maintenance. It can be flown both in an unmanned and manned mode which is where lies the benefits of using this quadcopter in your daily lifestyle.

Safety and Reliability is What This Quadcopter Excels In

Now, the most inevitable question that arises when talking about such products is its safety. Whether this quadcopter will actually be worth flying on is obviously a thought that will pass on everyone’s mind once they come across one. When reviewing closely, Gizmag had a strong answer to this point saying, “The manned Hoverbike will be equipped with autopilot capabilities, just like the drone version. This means that though the vehicle can be piloted, a significant margin of human error can be removed from the equation.” 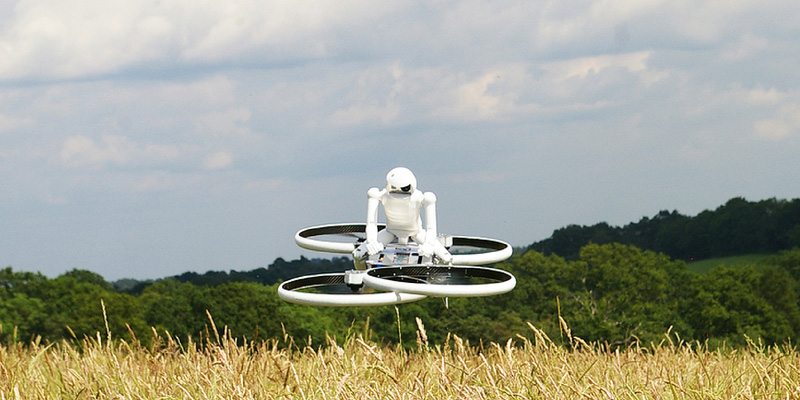 Selling a 1/3rd scaled drone is also a consideration which the team made given the prospects this could have for the public world. Imagine sending your friends a gift or transporting important goodies your kids left behind during camping; Hoverbike could solve transportation problems we face each and every day thinking that there’s no solution to this kind of a mess. But by using Hoverbike, these issues will seem petty now given the fact that when coupled with a 3DR Pixhawk flight controller it can fly by itself on a pre-determined flight path, return to home, loiter, follow and more!

You Can Shoot Videos Above the Ground Level Too

Another cool introduction from these amazing drone manufacturers is the Cyborg Buster which is a CAD model of a 1/3rd scaled human coming with a GoPro camera on its head for you to shoot some astonishing shots, high above the ground. Motorbiking has its own feel of adventure around which when combined with airborne vehicles seems like an unexplored world altogether. But recreation is not just the only aim of Hoverbike. As discussed on their Kickstarter campaign, “Its low cost and practical size lends itself to search and rescue, precision farming and cattle mustering, first-responder emergency services and cargo insertion of up to 120kg (265lbs) into confined spaces. We believe it would be ideal for ski and mountain rescue, airborne logistics and time-sensitive personnel insertion/extraction during major disasters.” This is not a regular invention in the world of drones we’ve seen till date – Hoverbike is surely worth becoming one of the best in this field in the coming days. 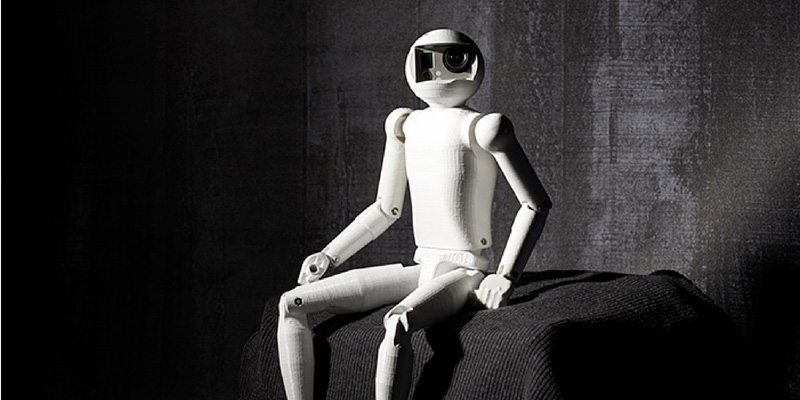 Having successfully completed their Kickstarter campaign, the wait lies in seeing these incredible flying boosters in the sky soon. The foldable design and the comfortable layout will enable you to carry it on the go. Time to unveil those unseen horizons of flying a drone you’ve always wanted to. Happy Gadgeting!