The AirDog Drone Follows (and Films) Your Adventures From Above 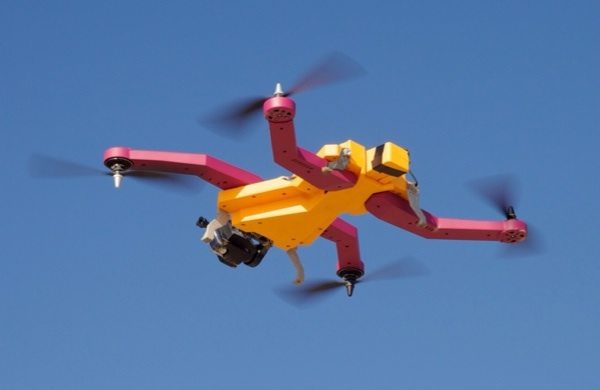 Being able to own and remotely control a quadcopter always was a nice idea. But drones really came into their own when they started carrying cameras. Now, you can pretend to be the tiny pilot of a futuristic chopper, and see the surrounding landscape from an angle that was previously only possible from a hot-air balloon. The AirDog drone — which has already surpassed its Kickstarter funding goal — takes the camera work up a level by following and filming your every move autonomously.

The flamboyantly colored drone is primarily being aimed at extreme sport enthusiasts, who usually have to handhold their cameras while executing risky stunts to get any kind of footage. Instead, the AirDog keeps track of its owner via a wrist-worn tracking device (termed the AirLeash), following along at a user-adjustable altitude and angle. Alternatively, it can be asked to film from a static hover, or learn a path such as a dirt bike track, and repeatedly fly that loop. It’s worth noting the top flying speed of 40mph, too. 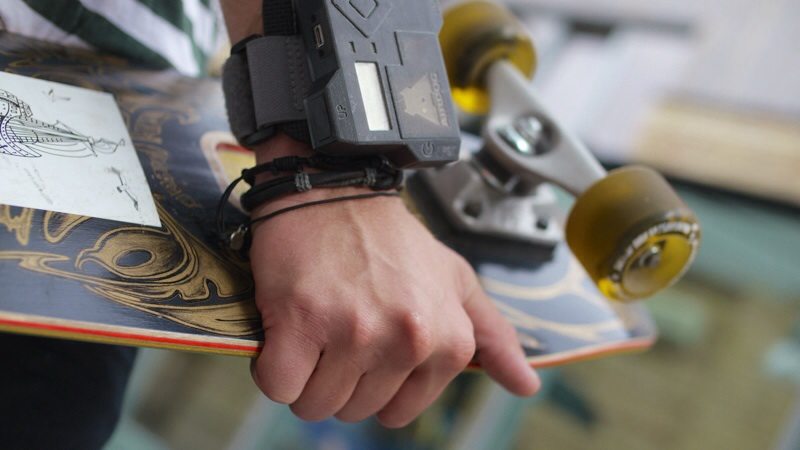 The thing that really impresses me, though, is the way the AirDog intelligently operates its on-board GoPro, using a gyro-stabilized gimbal mount to keep the action steady and in frame. The resulting footage is not quite broadcast quality, but it certainly is spectacular, and remarkably smooth considering that the AirDog is still at the prototype stage. 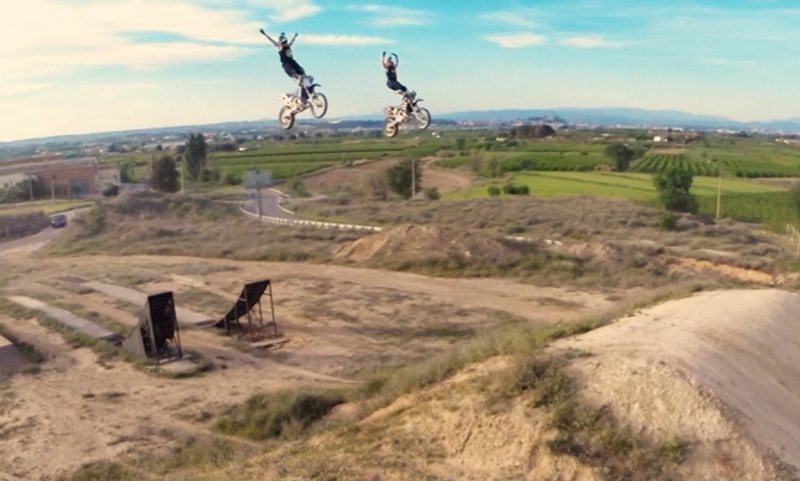 Additionally, there’s a companion mobile app, which provides greater control over flightpaths and camera angles, and the AirDog can be manually piloted by remote control, with the option of first person live-view via a headset.

When the AirDog arrives — the first batch will ship to Kickstarter backers in November — it will clearly be a boon to adrenaline junkies wishing to make their own highlight reel. But as the AirLeash can be put on any moving object, it seems likely that extreme sport will be only the first of many videographic uses for this clever drone.