3,281 Drones in the sky—a new world record from Genesis

Genesis' world-record drone show in China was an unforgettable performance that light up the skies to display its logo in glittering lights. Explore more about the details of this exhibition in today's blog. 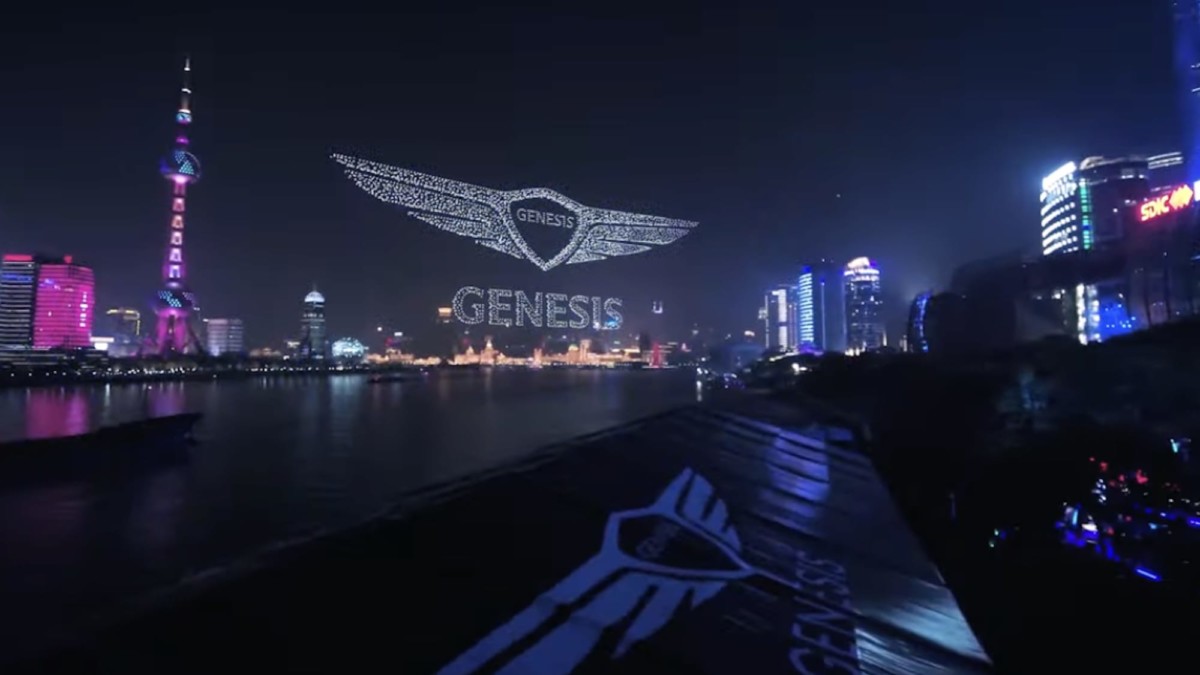 Drone shows are amazing to witness, and, last week, Genesis set a world record for the most number of drones used in a display. Showcasing a whopping 3,281 drones in one performance, Genesis beautifully displayed its logo over Shanghai on March 29. Titled “The Generation of Genesis”, the show exhibited much of the carmaker’s design elements, such as the brand’s silhouette and Crest grille. But it was much more than just a performance for audiences.

What was the purpose of this drone show?

Genesis earned themselves a Guinness World Record for “The Most Unmanned Aerial Vehicles (UAVs) Airborne Simultaneously”. This beats the past record-holder, which was 3,051 drones, recorded in September. Not to mention that this record out beat California’s drone show of 2,066 drones in July 2018. Setting a world record certainly gives a brand plenty of bragging rights, but what was the reasoning behind this drone show?

Genesis has hopes of making Chinese consumers more aware of the brand’s spirit and how it breaks boundaries. With thousands of drones illuminating the sky, watches couldn’t take their eyes off of the mesmerizing display. It’s advertising taken to new heights. The company also has intentions of including a revised business model solely for the Chinese market. At the moment, there’s no information on what this might be, though it’ll be called Generation Genesis.

Moreover, Markus Henne, CEO of Genesis Motor China, commented that there will also be more inspiring Genesis products and experiences showcases to consumers in China.

What performance happened at this drone show?

All of Genesis’ drones came together at the end to send a greeting to China and welcome them to this new market. Painting the sky, this memorable drone show presented audiences with the brand’s signature design high in the sky. In particular, the display included an elegant sweep of Genesis’ Two Lines concept and the Crest grille. This display perfectly coordinated with Shangai’s towering skyline.

We wouldn’t be surprised to see a similar publicity stunt in the near future—especially with records of the most drones in a performance being smashed in the past. What are your thoughts on this level of advertising? Let us know your thoughts in the comments.