You're working from your kitchen table when you get a Slack call from work. Minutes into the call, your supervisor's voice gets garbled, then cuts out. Lags and breaks in your internet connection are frustrating. Likewise, if you live in a house with many people online at the same time, your apps may run slowly or not at all. Luckily, you don't have to live with sluggish internet. Mesh Wi-Fi and extenders can help. 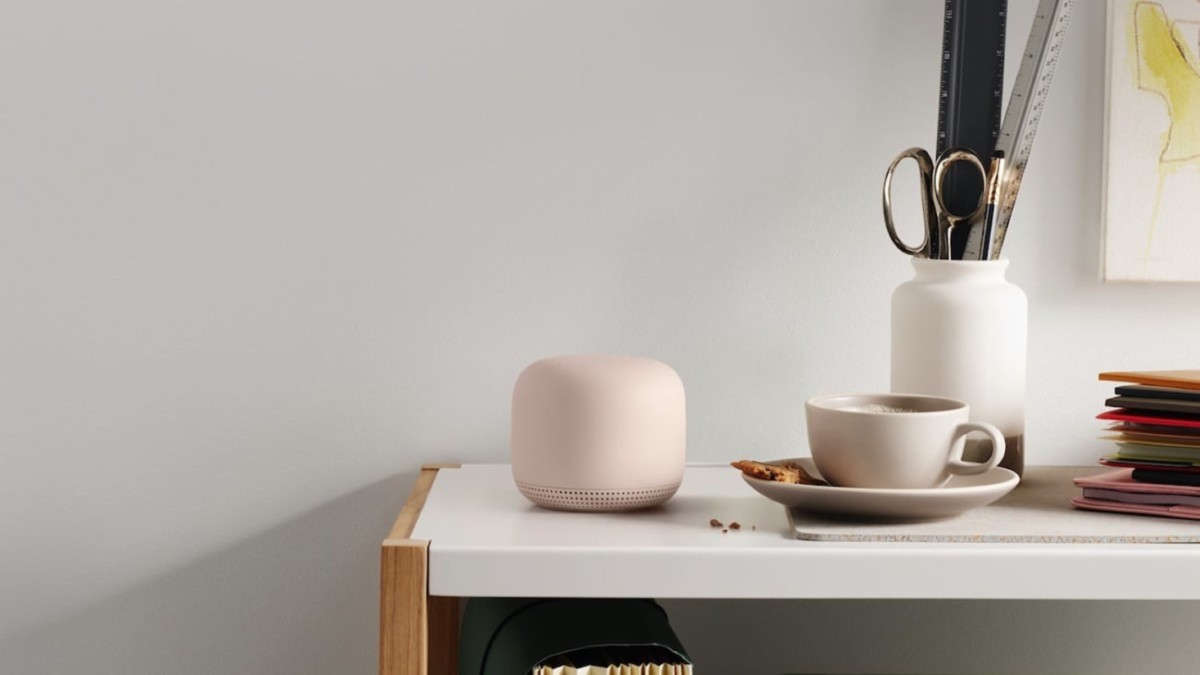 Google Nest WiFi on a Tabletop

Spring is well underway in the Northern hemisphere. Longer, sunnier days give you the chance to spring clean and think about how you can reorganize your house. If you’re working from home while your kids are taking online classes, you may want to upgrade your Wi-Fi to eliminate those annoying lags and no-service areas in your house. These mesh Wi-Fi and extenders allow for faster internet speeds, smoother reliability, and better wireless coverage of your home. Here are our picks for the best mesh Wi-Fi and extenders for faster internet.

If you’re interested in improving your Wi-Fi’s strength in specific rooms of your house and want to keep costs low, extenders are your best option. Here are some of the best:

The Netgear AC1200 Wi-Fi Range Extender EX6150is an easy-to-use device that you can plug into any electrical outlet. TechRadar says that Netgear has put effort into becoming a household name in the networking world. It shows. Also, the design is discreet and compact; you’ll barely notice it on your wall outlet. Additionally, the EX6150 has a simple installation with no software. All you have to do is follow the directions, and you’ll have faster, more dependable internet that covers your whole house in no time.

According to TechRadar, Athena-EX’s claim to be the “most powerful range extender available today” is entirely true. Athena-EX extends the range of your router by up to 15,000 square feet. It also decreases buffering and streaming data to many devices at once. This extender boasts 16 powerful amplifiers, four high gain antennas, and fast AC2600 Wi-Fi technology. Furthermore, it allows file sharing with USB 3.0, is compatible with Apple networking features, and lets you have up to eight networks for guests. This is an affordable extender that packs a punch. The only caveat is its relatively tricky Mac installation.

This Chinese networking company is becoming ever more popular in the west. It’s not hard to see why with devices like the TP-Link RE350 AC1200 Wi-Fi Range Extender. This extender provides reliable Wi-Fi coverage at an affordable price. So if you’d like better internet coverage throughout your house and mostly use the internet for work, school, and browsing, it’s a fine choice. While the RE350 doesn’t offer the fastest internet speeds, at the range it provides, this extender is a great deal. Additionally, with the front LED signal indicator, installation is easy. We all want our internet up and running as quickly as possible. Unfortunately, the size is a bit large, so you’ll have to designate some space for it.

Another, cheaper solution from TP-Link is the TP-Link RE220. It’s a dual-band Wi-Fi extender that features easy setup and is less bulky than the RE350. According to Wirecutter, “At a typical price of $25, it’s a simple fix that costs a lot less than a major hardware upgrade.” And if you’ve got a TP-Link router that’s compatible, you can use the RE220 OneMesh feature. It’s easy to set up and improves the extender’s operation. While the RE220 doesn’t offer the fastest internet speed out there, it does provide a solution for Wi-Fi lags in specific areas of the house.

TechRadar says that the Linksys RE6500 AC1200 is one of the best Wi-Fi extenders for the money. It features a tough design and four gigabit Ethernet ports. This lets you extend your network to internet-connected devices that need an Ethernet connection. Also, it has an audio output jack that you can connect to a sound system. This way, you can stream music from your PC to your speakers. The RE6500 is a powerful, adaptable device. It’s easy to set up and is one of the best extenders for the money.

If you need faster internet with a longer range then an extender can offer, a mesh Wi-Fi (whole-home Wi-Fi system) router might be for you. Here are the mesh Wi-Fi routers with the highest reviews.

For its part, TechRadar claims that Google Wifi is, in fact, the best mesh Wi-Fi router out there. This mesh Wifi system is powerful enough to pump fast internet throughout your house despite its small size at a fairly reasonable price. The setup, too, is simple. All you have to do is download an app, scan the QR codes, and distribute the nodes where you’d like them throughout your house. With this device, Google dominates the mesh Wi-Fi world. 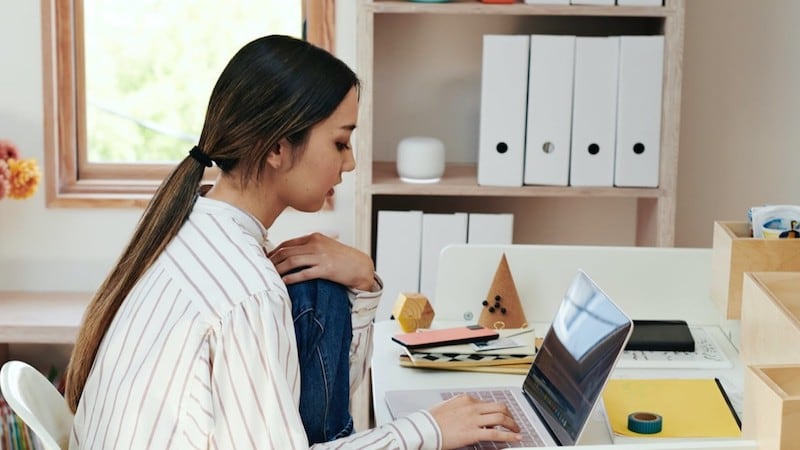 Google Nest WiFi in Use

Additionally, Google Wifi’s other features include Wave 2 Wi-Fi, TX beamforming, and is Bluetooth Smart ready. It also has two Ethernet ports per Wi-Fi point and comes with 1-3 mesh nodes, depending on your needs. Although Google Wifi provides excellent coverage, its hardware control is limited.

CNET named Nest Wifi the best overall mesh Wifi router in 2020. Nest Wifi is the second-generation follow-up to Google Wifi. It boasts faster speeds and a nicer design than its predecessor. Best of all, each range extender has Google Assistant smart speakers built-in which help cut down on the number of devices you’ve got in your house. In terms of speed, Nest Wifi is the fastest of any current Wi-Fi 5 mesh router. According to CNET, Nest Wifi is even faster than the Linksys Velop system that runs Wi-Fi 6 and costs twice as much.

Additionally, Nest Wifi supports features like device grouping and prioritization, WPA3 security, and 4×4 MU-MIMO connections for devices like the MacBook Pro. It’s also backward compatible with Google Wifi systems. Setup is easy and reliable, making it the best overall mesh router and an excellent choice for a home network overhaul.

Eero was one of the pioneers of mesh networking, and in 2019, Amazon bought it. Now, Eero’s featuring a three-piece setup that covers 5,000 square feet for $199. It’s a great price for such a robust system, about $100 less than Nest’s 3-piece system. 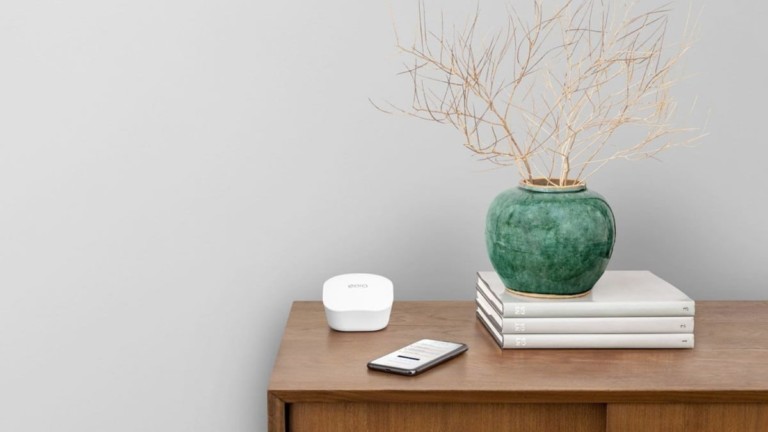 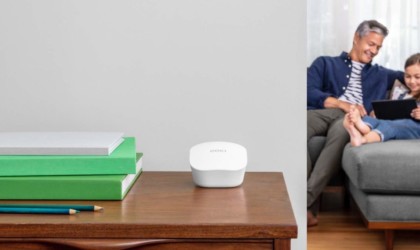 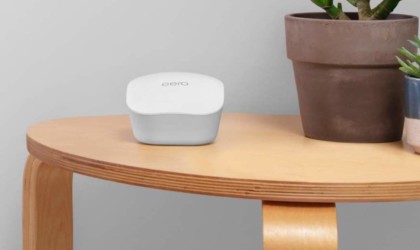 Eero isn’t the fastest mesh system out there, but you may not notice much of a difference unless your internet connection is 500 megabit per second or faster.  The third device extending your range is something you’ll notice, however. CNET’s review says that it makes all the difference. Also, the device features strong mesh performance between devices, an easy-to-use app, and a company with reliable support and security updates. It’s an especially good Wi-Fi system for larger homes.

If you want to splurge, the newest version of the Netgear Orbit, Netgear Orbi 6 AX6000, costs $700 and is the fastest mesh router on the market. It boasts full support for Wi-Fi 6 and has a second 5GHz band. This powerful system has impressive speed. In-home tests conducted by CNET, the router maintained speeds that were 95% as fast as when it connected up close.

If you’re interested in a fast, reliable Wi-Fi connection and have the cash to burn, this is the router for you. Just make sure you’ve got a connection that’s at least 500Mbps. Otherwise, you much not notice much difference between this system and less advanced ones. 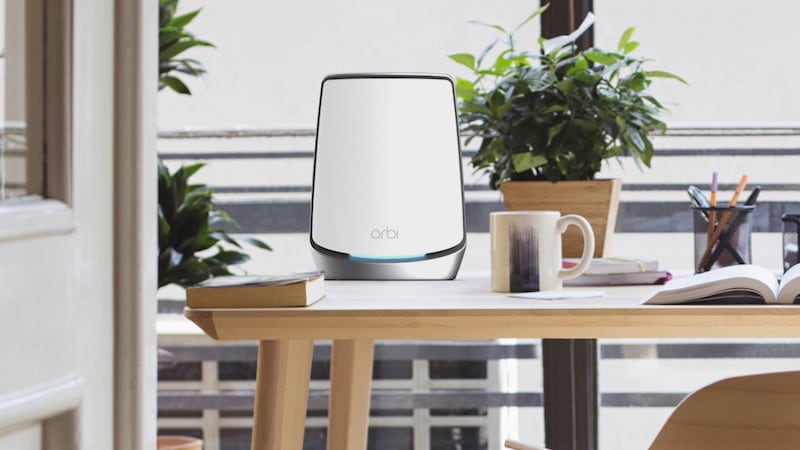 The Netgear Orbi AC1200, dual-band, is CNET’s pick for the best value mesh Wi-Fi system. Priced at $130 for a two-piece setup or $200 for a three-piece setup, it’s a significant change from its predecessor, the original Netgear Orbit (quite expensive at $400 for a two-piece). In any case, this updated version has slimmed down, but you probably won’t notice the difference. In tests, it reached some of the highest speeds at close range compared to other devices.

Unfortunately, Neatgear’s app isn’t as easy to use as the Nest’s or Eero’s. And CNET’s review noted that the system steered from band to band in tests. But for the price, these are just small issues. If you want an affordable mesh Wi-Fi system, you should consider the Netgear Orbi.

The Netgear Nighthawk Mesh Wifi 6 Dual-Band Internet System is an affordable Wi-Fi  6-supporting system. It’s available as a two-pack for $229.99 and, as of March 2020, you can able buy a three-pack and extra satellite nodes. The Verge writes that this system provides up to 1,500 square feet of coverage with each node and up to 1.8 Gbps of throughput. The router has two gigabit Ethernet ports and each satellite has a port for other devices. If you’ve got internet speed of 300 to 400 Mbps, then this is a great system for you. 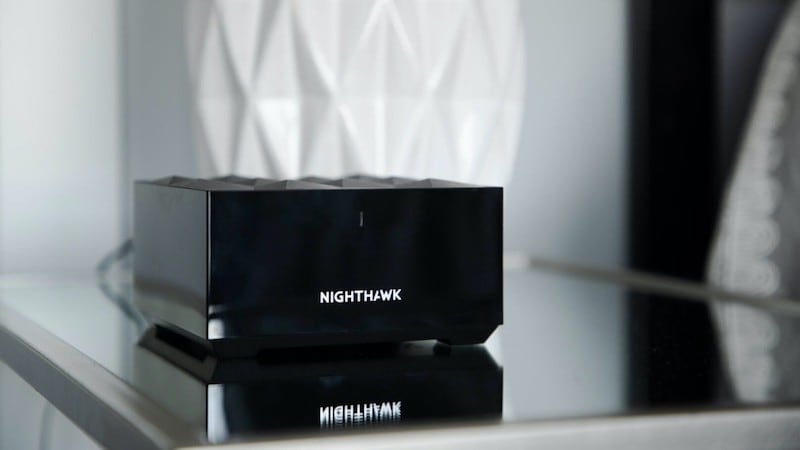 These are the best mesh Wi-Fi and extenders you’ll find in 2020. If your home internet system frequently stalls or even gives out on you when you need it most, you’ll want to consider these devices. They’ll give you Wi-Fi where at the location and speed you need. And you won’t have to worry about losing a work call ever again.