Microsoft finally answered to rumors at E3 by showing off their latest console: their next-generation Xbox. Still without an official name, we know it has 8K graphics, an AMD chip, and impressively fast frame rates. 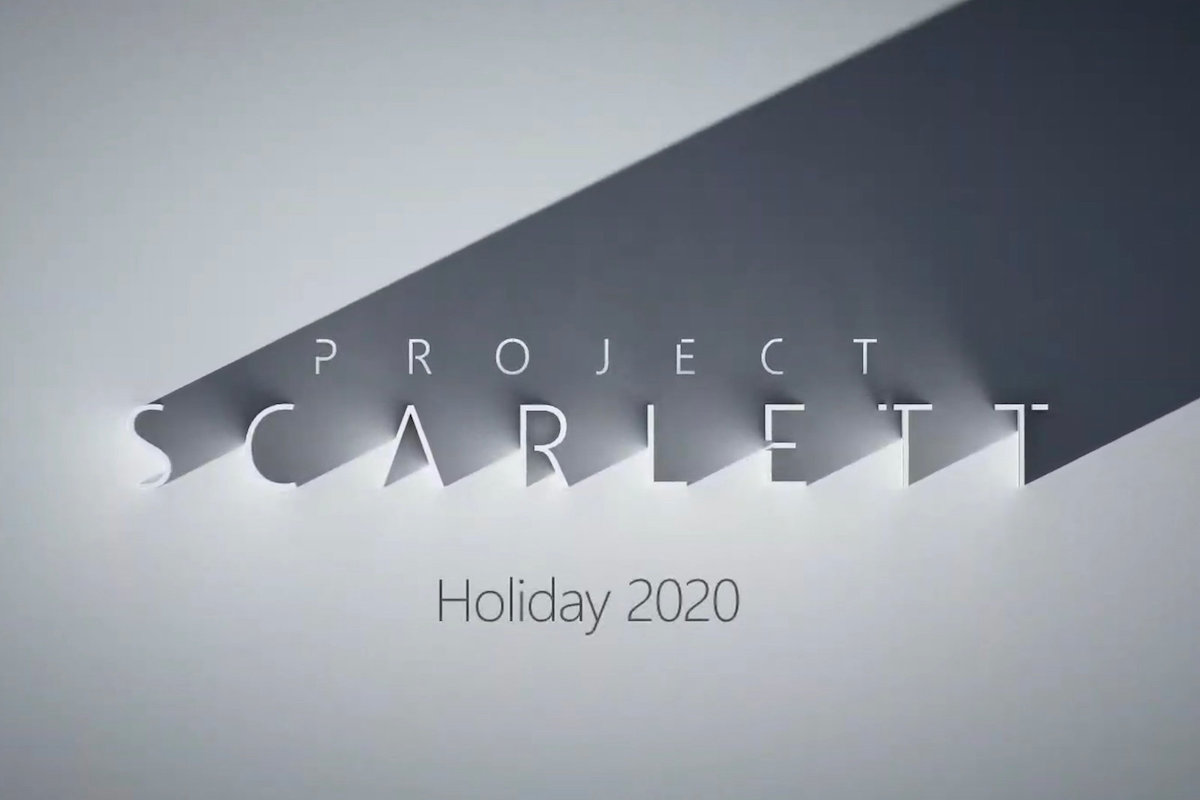 Microsoft took full advantage of E3 this week by showing off Project Scarlett, their latest console. While plenty of details remain unknown, such as the official name, the next-generation Xbox is said to be a whopping four times faster than their last console, the Xbox One X.

[a] console should be built and optimized for one thing and one thing only: Gaming.

Suffice to say, the new Xbox is taking the gaming world by storm and laying the foundation for the future of gaming.

What’s all the hype about the new Xbox console?

First and foremost, this next-generation console won’t be just another addition to the Xbox series. With 8K support, SSD storage, and ray-tracing graphics, this console has the potential to have the biggest hardware upgrade in gaming consoles so far.

However, although Project Scarlett will see plenty of design advancements, it’s still going to be compatible across all generations. That is, the new console will also support existing Xbox One games, controllers, and accessories. But making the release in fall 2020 more exciting is the debut launch of Halo Infinite alongside the new Xbox console.

One major factor being taken into consideration by all brands is the reduction in load times. As a gamer, you don’t want to waste time waiting for your game to load while being in the virtual world. It’s as if your life comes to a standstill while playing your character which, in turn, makes you feel disconnected from the character itself. That’s exactly what Project Scarlett is going to solve. If you’re into RPG games, this console will keep you focused and in the moment.

With this console, you’ll be introduced to a whole new gaming generation where you can connect with characters more seamlessly, unlike anything you’ve seen before.

At the heart of this new console is the custom-designed processor. It’s based on the AMD Zen 2 and Radeon RDNA architecture and also promises to be four times more powerful than the Xbox One X. Microsoft is also using the GDDR6 RAM to ensure the fastest performance possible for the console. In addition, the SSD is being used as a virtual RAM. This means we can expect frame rates of about 120 fps along with 8K support and so much more.

In other words, the games you’ll play from Project Scarlett will seem more lifelike than ever before. Players will have an immersive gaming experience with exceptional load times.

Coming in 2020, this console is a breakthrough concept in the world of gaming from the Xbox series. Whether or not we’ll see something similar in Playstation is still unclear. In the meantime, let’s take a look at some home media gadgets that can help you build the perfect gaming setup before Project Scarlett comes to life.

This television has an 88-inch screen that displays a stunning 8K picture. In case you were wondering, that’s four times as many pixels as a 4K display. This 8K Ultra HD TV also has a large OLED panel. In fact, it’s the biggest panel that LG has in a TV. To get the most out of the new Xbox console, you’re going to want this 8K TV. 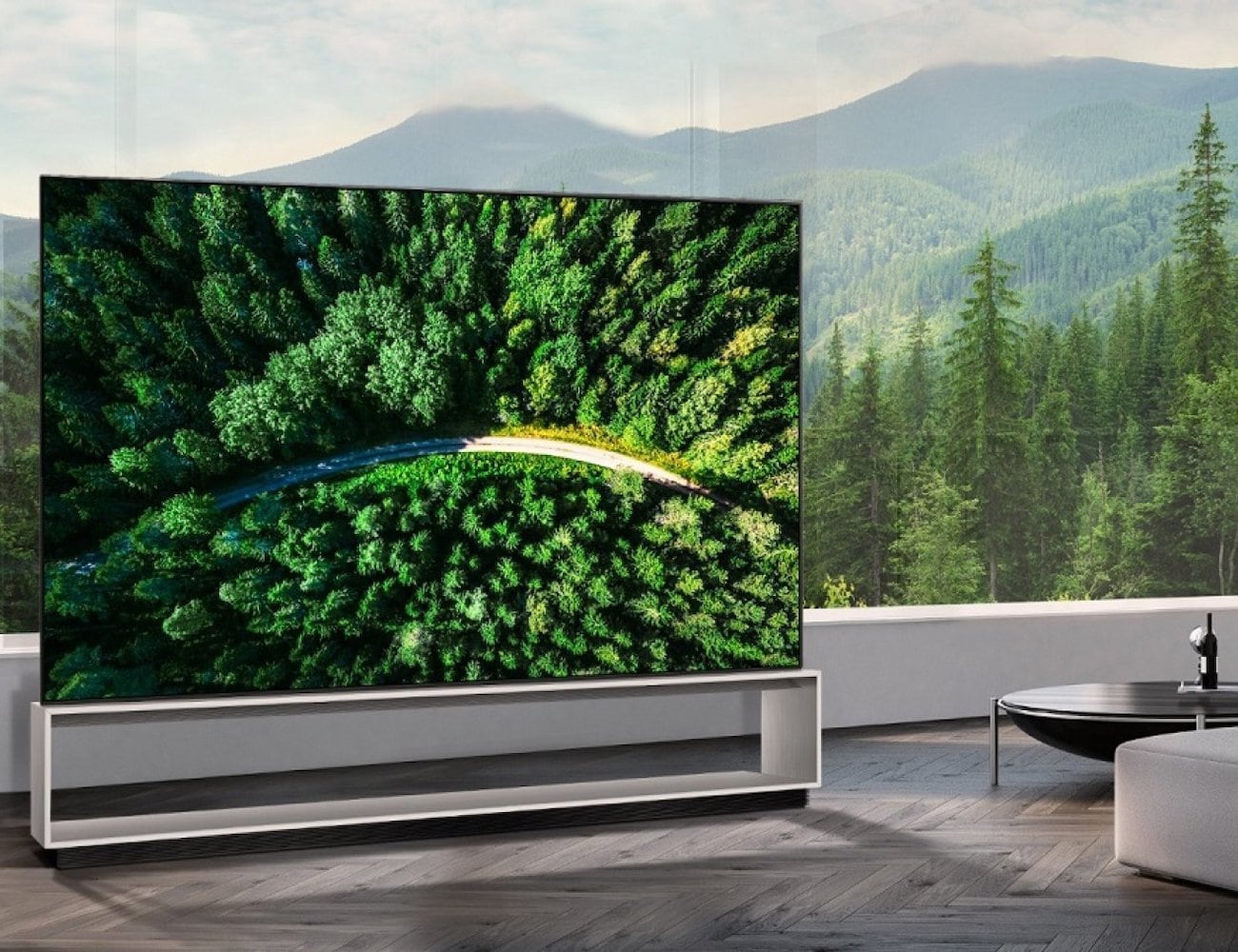 It has an 88-inch screen that displays 8K picture 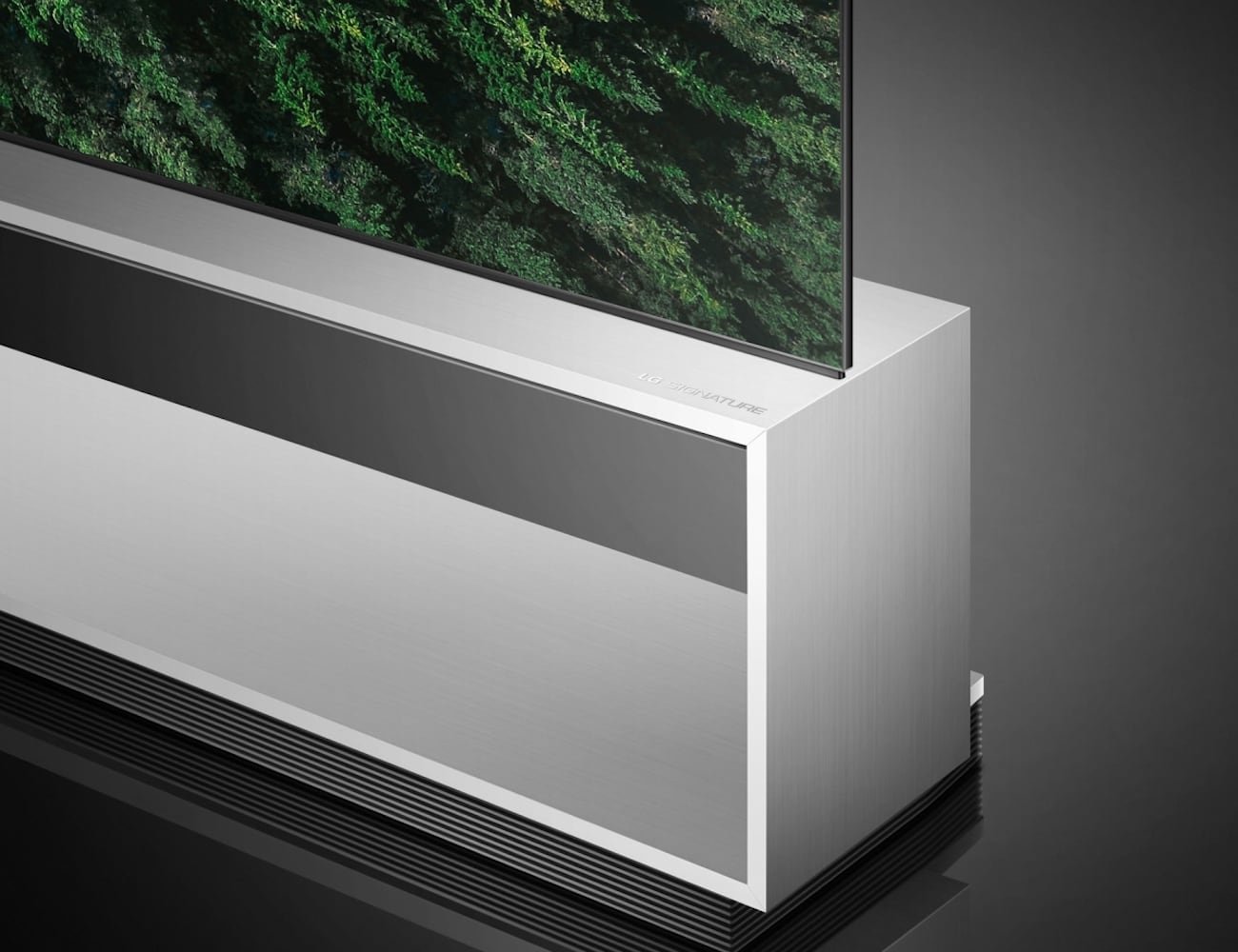 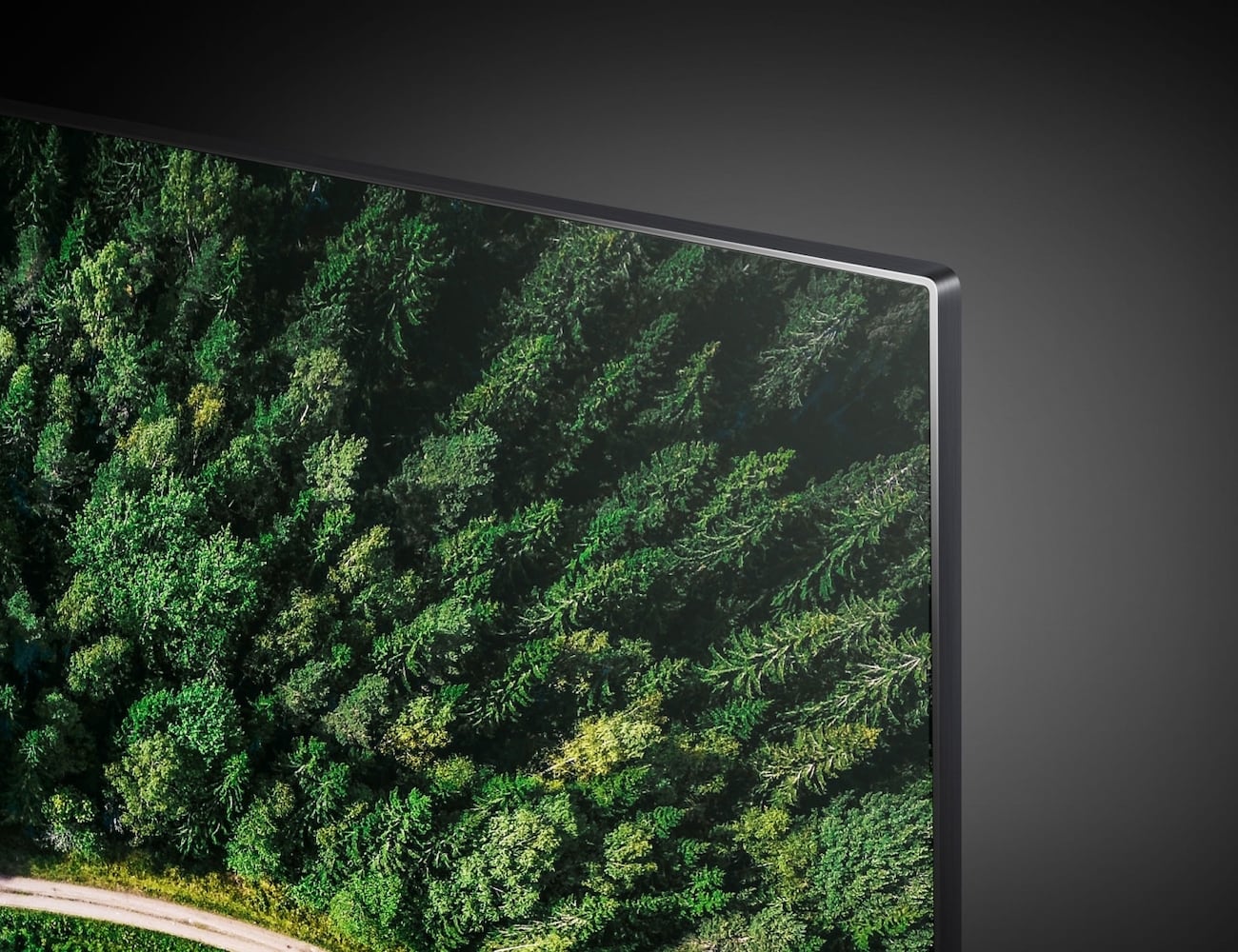 Go beyond the built-in audio with your TV and treat yourself to truly immersive sound. It’s clear that Samsung designed this speaker collection with gamers in mind. You can easily connect it to your TV and control it with Amazon Alexa or Samsung SmartThings. Once set up, you’ll enjoy some of the highest-quality sound out there. Simply activate the Game Mode to experience even more intense sound effects. 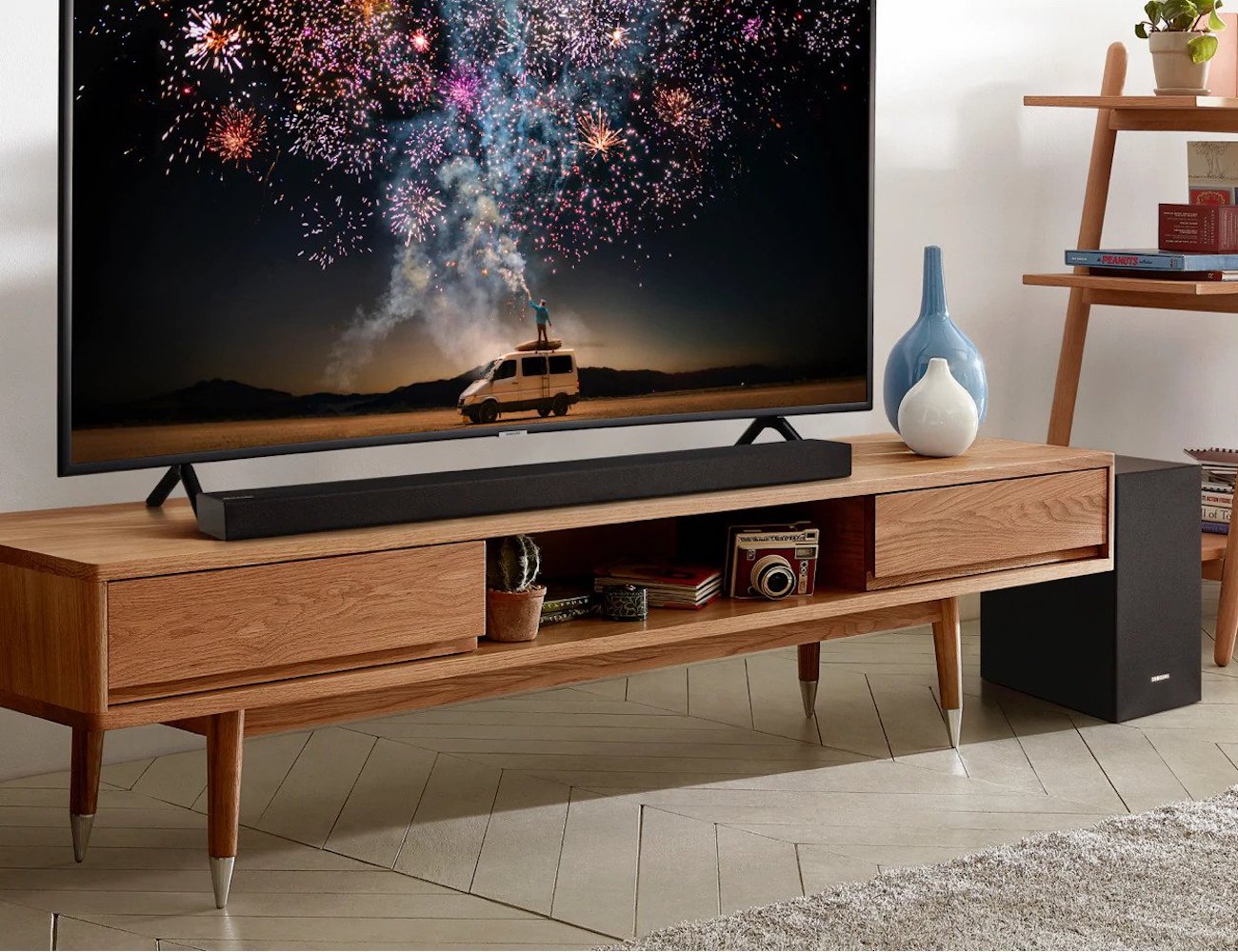 It also works with Amazon Alexa 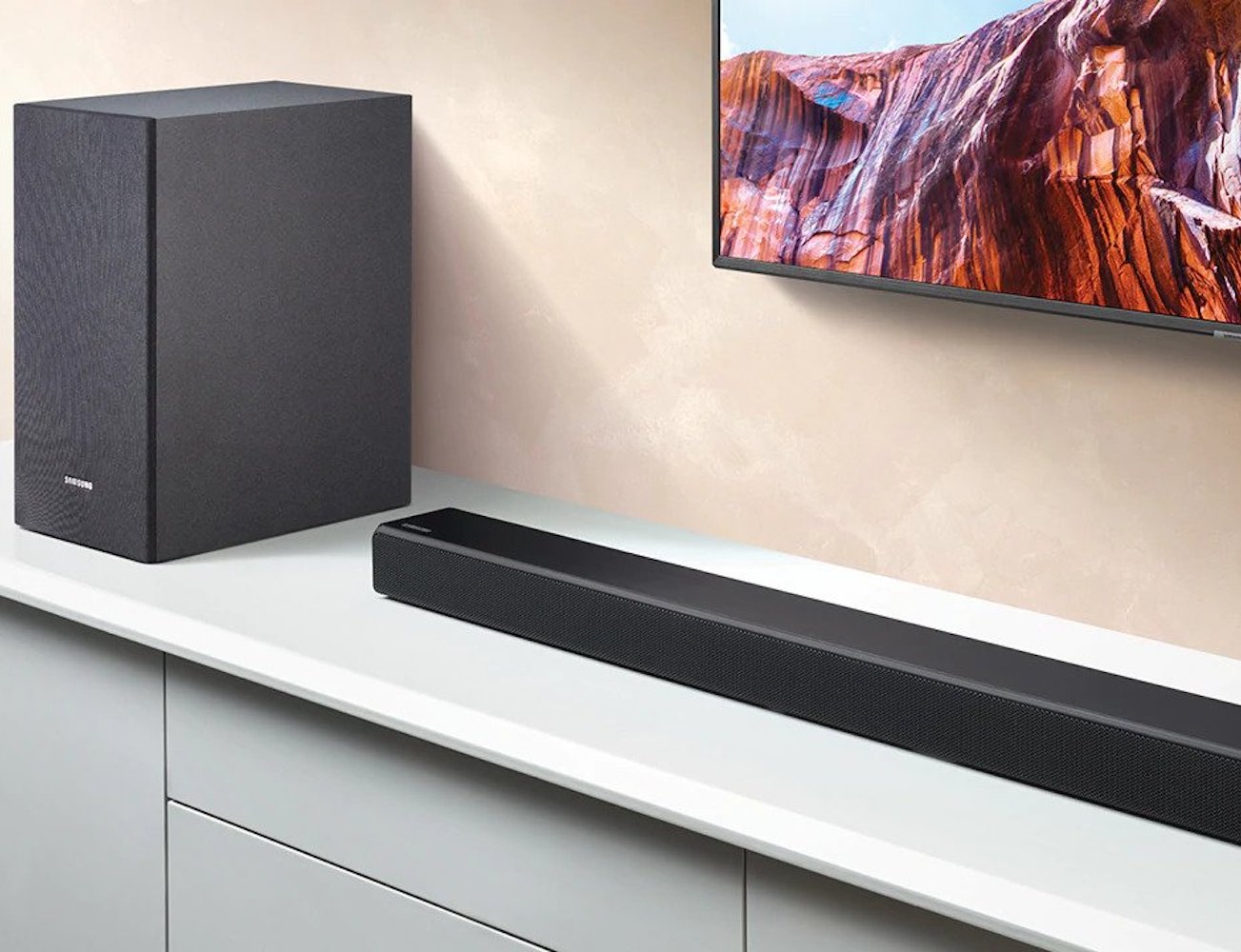 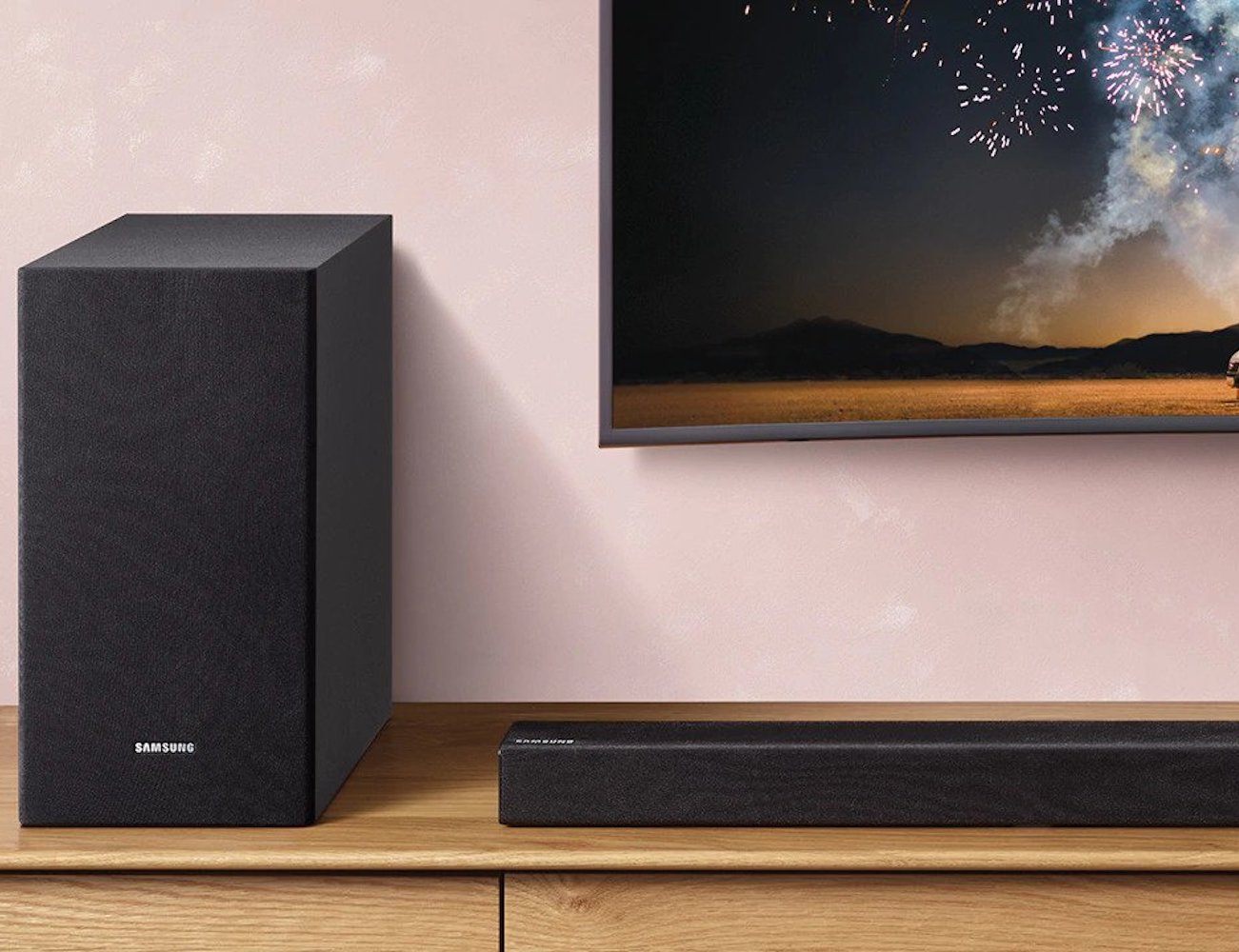 In addition to delivering unrestricted speed, this router allows you to prioritize your apps for a seamless wireless gaming experience. The Razer FasTrack engine enables you to arrange bandwidth when too many devices or apps are in use. It even lets you prioritize between consoles. Designed for households of gamers, you can simply turn on Gaming Mode to play without any interruptions. 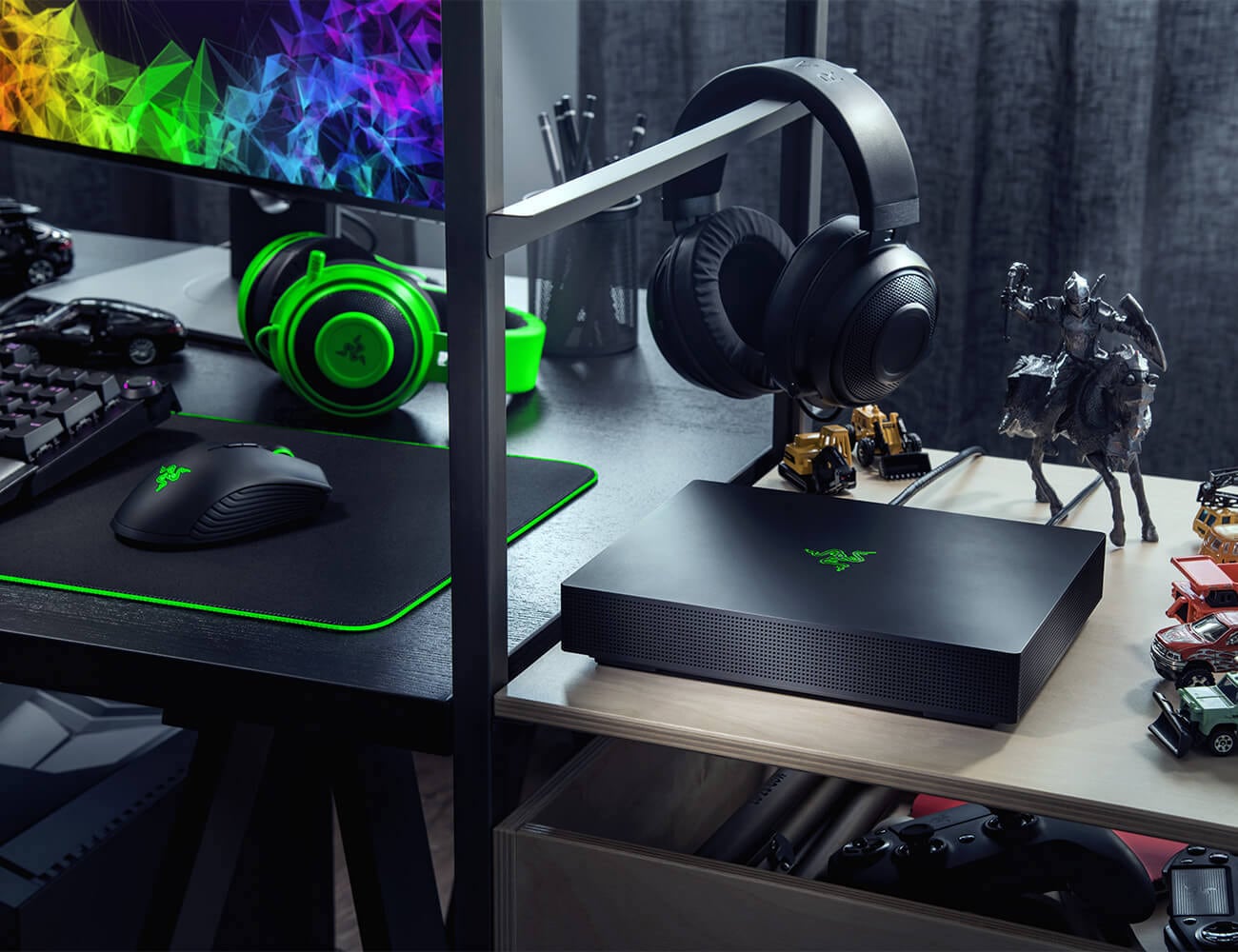 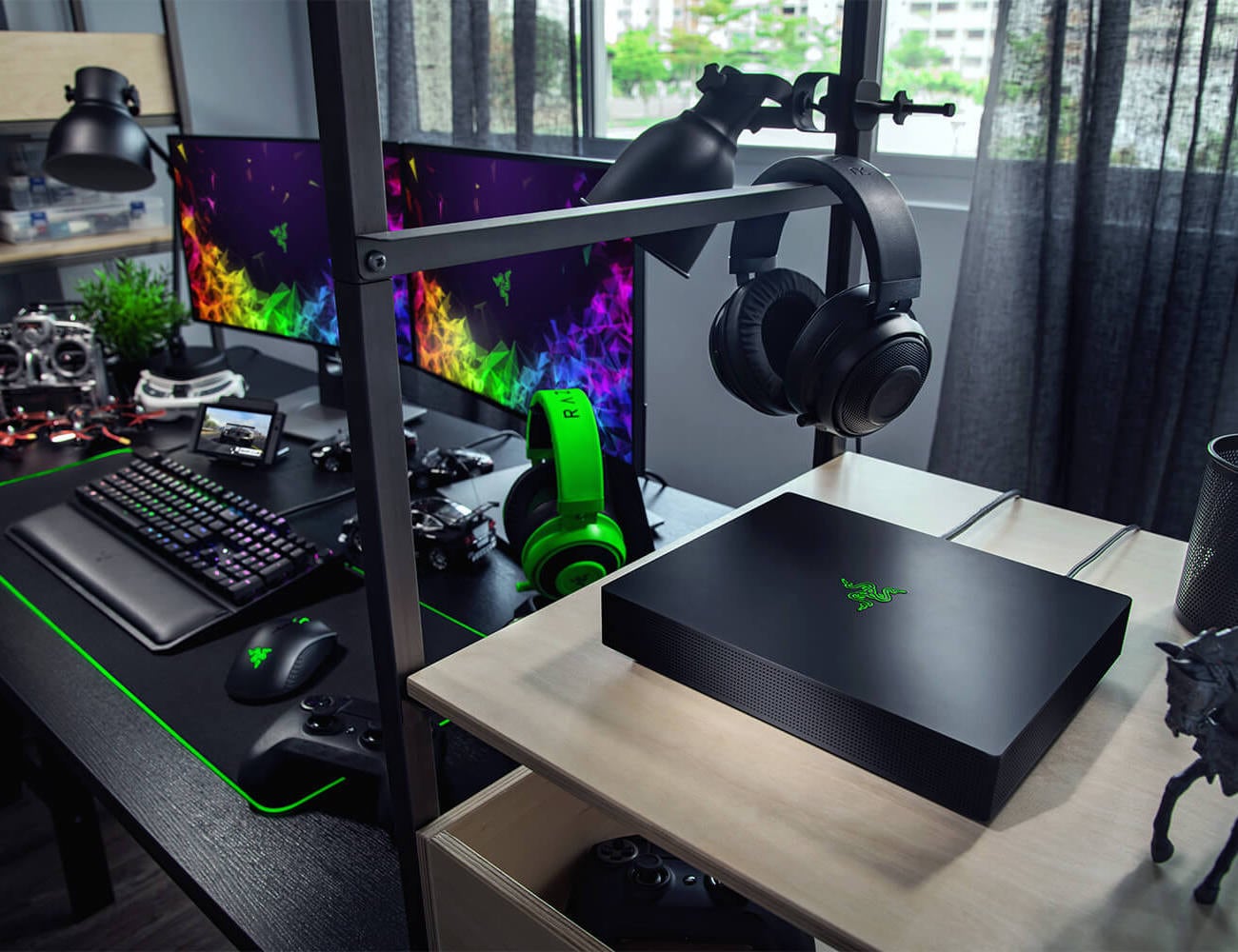 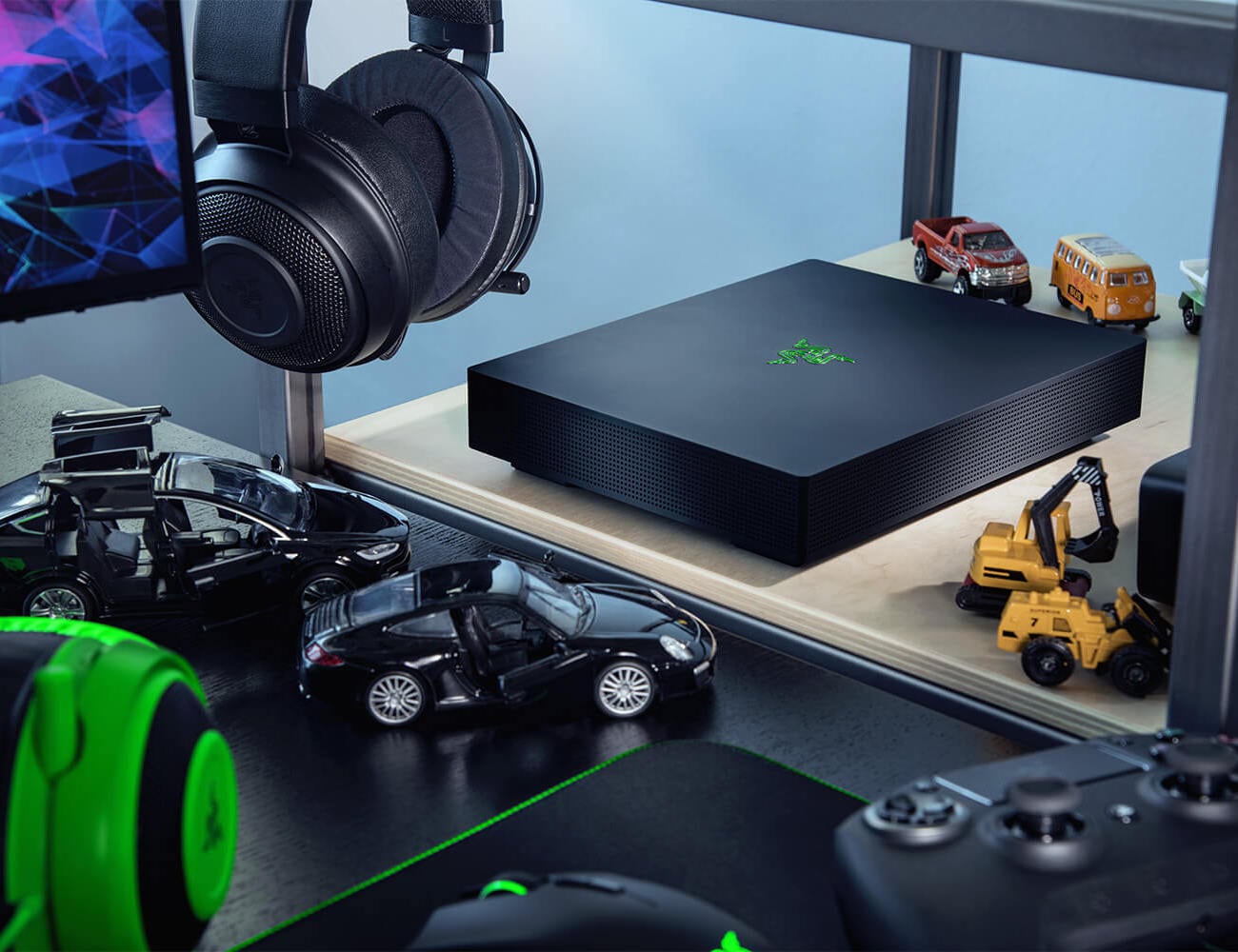 What are your thoughts on the new Xbox console? Let us know in the comments!

Madhurima Nag is the Head of Social Media at Gadget Flow. She side-hustles as a digital marketing lecturer/speaker and loves to voice her opinion on marketing, crowdfunding and gadgets (of course!) in general.
Write your comment..
Joshua

Yep it will be epic

0
To like a comment log in to your account or create your account here.
Reply
Popular Blog Posts
LG vs. Samsung 2020: Who’s winning the smart TV war? Best living room gadgets and accessories 10 workspace gadgets for a futuristic home office Must-have smart home cleaning gadgets Ultimate eCommerce checklist to boost your online sales 9 Smart home office gadgets to boost your productivity Best 5G phones to buy in 2020 24 Cool tech gadgets that prove we’re living in the future Must-use Kickstarter marketing tips and the best strategies to get funded 8 VR cameras to perfectly capture the world around you