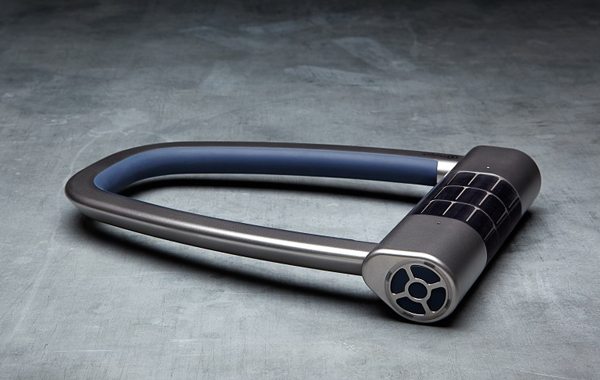 Over the course of time, bike aesthetics seem to have had a drastic transformation for daily commuters. Together with technology and high-quality design, the bikes of the 21st Century have also entered smartly into this e-age of gadgetry which has made biking a far safer ride than before. We’ve recently seen some of the newest entries into this biking community through the Vanmoof 10 Electrified and the Vanhawks Valour, both of which has been quite in news these days. But today, the discussion is more about a bike accessory the purpose of which has always been to give your bikes absolute protection while you’re away. Yes, we’re talking about the age-old bike locks which surely has not been able to safeguard your bikes that well till date given the number of bike thefts US alone has been experiencing every year (numbers close to 1.5 million).

In order to combat this major problem for bike riders, this passionate team from San Francisco has come forth with a solution that’s got a lot of smart features enveloped in your very own u-lock. This is ofcourse not the first smart bike lock in the market today but the potential that it carries is probably what makes it extremely unique and coveted. Built by ex-Boeing and Jawbone engineers, Skylock is that one solar powered accessory you simply can’t avoid pairing with your bikes.

Skylock may look like an exact replica of the ordinary u-locks you’ve been using for years but in terms of its functionality, it’s a lot more than just a simple bike lock. Through its sturdy mechanics, mobile device compatibility, bike sharing features, crash alerts and the solar powered charging panel, this bike lock has surely taken a huge step in revolutionising the entire world of bike security at a go. When interviewed by Mashable, Gerardo Barroeta, cofounder of Velo Labs, the company behind Skylock, had said, “People have these emotional connections with their bikes. We think an ounce of prevention is worth a pound of cure.”

Protecting your bikes and yourself from danger while riding is an absolute necessity for every commuter and Skylock is a device that ensures you’re always capable of doing so. Once connected with your smartphone, Skylock opens this whole world of fantastic features which can let you feel close to being a sorcerer in control of bikes. You get to enjoy keyless entry to your bikes in a variety of ways, through the Skylock smartphone app, proximity detection incase your phone’s not with you or even by unlocking using a code on the capacitive touchpad present on the lock. Since it locks automatically once you attach the shackle to the lockbar, the process of locking your bikes is also easy especially when you’re running late for work. 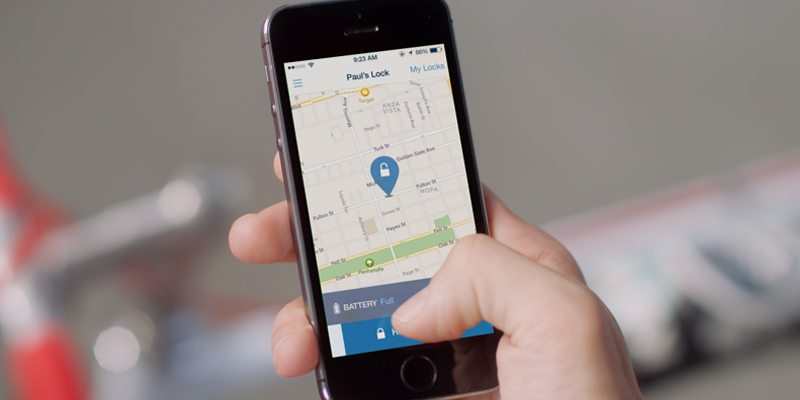 Coming to the anti-theft properties, this lock does inform you as soon as it sense any would be thief hovering by your bike. You get a message on your phone through the theft-alert system that uses either Wi-Fi or Bluetooth connectivity to reach out to you. That’s definitely a plus point to have this lock with your bike in the future as it’s not just going to protect it but also make sure no one gets their hand on it without your permission. It’s somewhat close to being a “genie” for urban bike commuters who face such traumatic experiences every now and then. Together with this, it is also the first solar powered bike lock that draws enough energy to run smoothly for a week with just an hour of exposure to sunlight. You’ll never need to worry much about its charge as long as you have the sun by your side.

Airbnb For Bikes Heading Its Way To Reality

Again, by using the combination of Bluetooth Low-Energy, Wi-Fi, and an accelerometer, Skylock can keep a track of any accident you may face while biking down the street. When met with one, it sends a mobile alert which will ask you whether you’re hurt or not. Incase it does not get a reply for a few seconds, Skylock will then report all your enlisted emergency contacts so that you get adequate help on time. But that’s still not the end of Skylock features you’ll get to enjoy. As reported on Business Insider, Jack Al-Kahwati, co-founder of Velo Labs had told NPR, “We definitely see the idea of being able to open this to anybody, allowing anybody to ‘Airbnb’ their bikes. If you wanted to start your own informal bike-share, it’s completely possible right out of the gate.” Voila! That means through Skylock, you can actually make bike sharing a much easier job than what it was before. Give access depending on your choice and never let your bike fall under the wrong hands. Just to make it even more clear, you can also earn from this whole process of sharing. Sweet, isn’t it?

Currently crowdfunding on their website for $50,000, Skylock hopes to start its first round of shipping by Christmas 2014. The original price post the campaign would be $249 while for now the price has been kept at a discount for $159. You also get to enjoy $10 additional discounts for every referral (upto 16) who ends up buying a Skylock for themselves. On speaking their vision in the press release, Jack Al-Kahwati had also said, “As a former engineer at Boeing, I have spent years working on tanks, helicopters and aircrafts, and while these forms of transportation have made huge leaps in safety and connectivity the bike is still stuck in the 19th century. We wanted to take on the challenge of bringing cycling into the future.” With the introduction of Skylock, this challenge seems to have been met with perfection. Let’s hope it makes bike riding the best experience ever for commuters across the globe. Happy Gadgeting!

Madhurima Nag is the Head of Social Media at Gadget Flow. She side-hustles as a digital marketing lecturer/speaker and loves to voice her opinion on marketing, crowdfunding and gadgets (of course!) in general.
1
Join the Discussion
Popular Blog Posts
Smart workspace gadgets you need to add to your WFH setup Best PS5 external SSD drives out there for gamers Which drone should you buy in 2021? Must-have vacuums for home cleaning Apple Silicon Macs—should you buy the new Macs with the M1 chip?