There is much to like about cycling. With the wind in your hair and the sun on your face, pedal power seems the perfect form of transport. The idea of getting some fresh air and exercise on your way to work also has significant appeal. Unfortunately, these idyllic visions soon shatter into tiny pieces when you first meet a hill — cycling can also be hard work. Electric bikes offer some respite, but many are bulky beasts. One new solution is GeoOrbital, a replacement front wheel that has a compact motor and battery, instead of spokes, to provide immediate assistance.

It sounds like the kind of crazy invention that comes out of a shed, but this is no botched DIY job. GeoOrbital has been designed by three men who boast SpaceX and Ford among their former employers. The claim — to “make your bike electric in 60 seconds” — is very real. 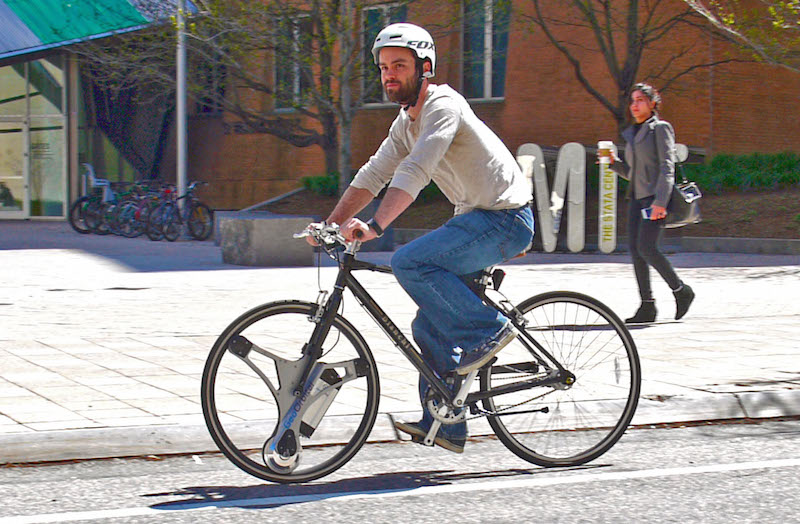 The wheel installs just like any other, but looks completely different. The hub is weighted to remain static within the tire, which is made from high-density foam in order to resist puncture. At 20 pounds (700cc model), weight is a concern, but the team behind the wheel says that the effect on handling has been negligible during their extensive road testing.

The propulsion comes from a 500-watt brushless motor, powered by a six amp-hour battery. This combination delivers a top speed of 20 miles per hour without pedaling. The range is 20 miles without effort, or 50 miles with some leg power. The battery packs can also be swapped easily without removing the wheel. 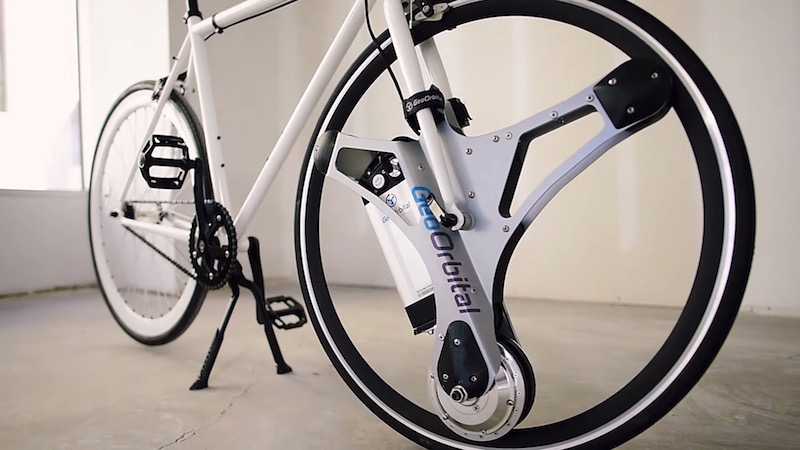 The chance to retro-fit electric power to your bike is very appealing, and GeoOrbital seems to be a neatly engineered solution. The project is currently on Kickstarter, and backers can pre-order the wheel for $699. You would do well to purchase a specialized electric bike for that money, and even the eventual retail price of $950 looks competitive. The first units ship this November. Only then will riders be able to decide for themselves how good the GeoOrbital is to ride.

Can you see yourself speeding along on this motor-wheel?