Most adults think of skateboarding as an activity for spotty teenagers in ill-fitting garments. But a few enlightened souls see their board as the perfect urban transport device.

The only drawback is that you need some serious leg power to keep those four wheels rolling across the uneven pavement. Enter Eon, a motorized replacement for your standard trucks. 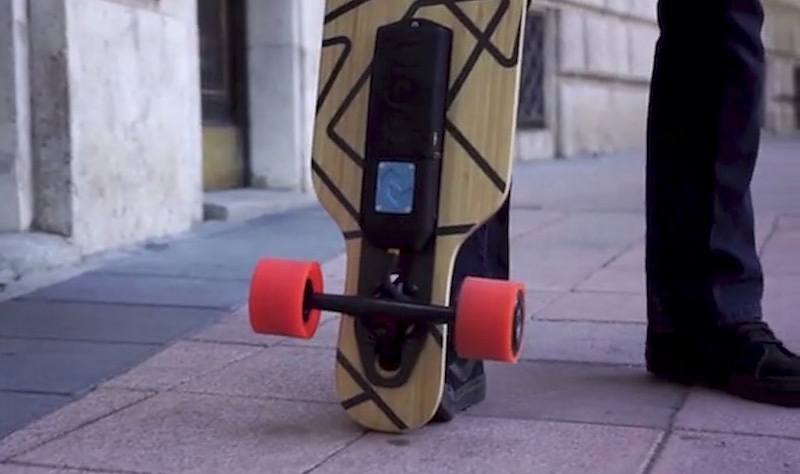 While there have been many previous attempts to provide easy skating propulsion, few have managed to strike such an impressive balance between power, bulk and expense. The lightest version of Eon weighs just 1.5 kilograms — roughly the same as a Macbook — and works on most designs of board. It fits just as regular trucks do, and provides all the same adjustability. The only notable addition is the battery pack, which hugs the underside of the board.

This setup gives the rider 7.5 miles of effortless cruising, or 15 miles with the addition of a second battery. The top speed of 22 mph is fast enough to be safe in traffic, and the motor has sufficient torque to race up 9 per cent gradients. The optional “R” Power-Train Kit allows riders in hilly areas to take on 20 per cent gradients. 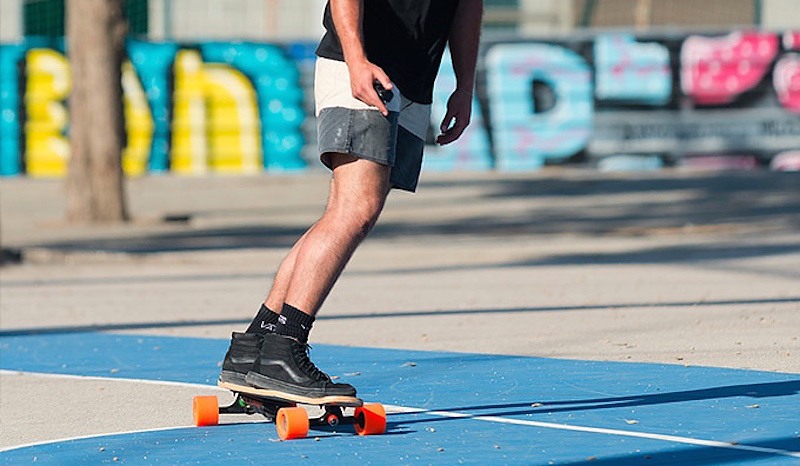 The throttle is a small handheld remote, but the power is partly controlled by the companion Eon smartphone app. This has three modes — for beginners, saving energy, and performance, respectively. The app also allows riders to tune their board to custom settings.

All of this functionality does come at a price, but the cost is not prohibitive for committed skaters. During the current Kickstarter crowdfunding campaign, early backers can pledge just €369 (approx. $411) to secure the Lightweight Solo model, or €469 ($522) for the long-range Cruiser kit. These prices are around half of the eventual MSRP, but even the higher price is competitive in the motorized market.

Would you skate to work on an Eon-powered board?