ADIFF looks like a jacket, but it’s also a tent

When you’re trekking in the wild, every extra pound in your backpack is unwelcome. This wearable tent removes some of the burden, while also providing protection from the elements. 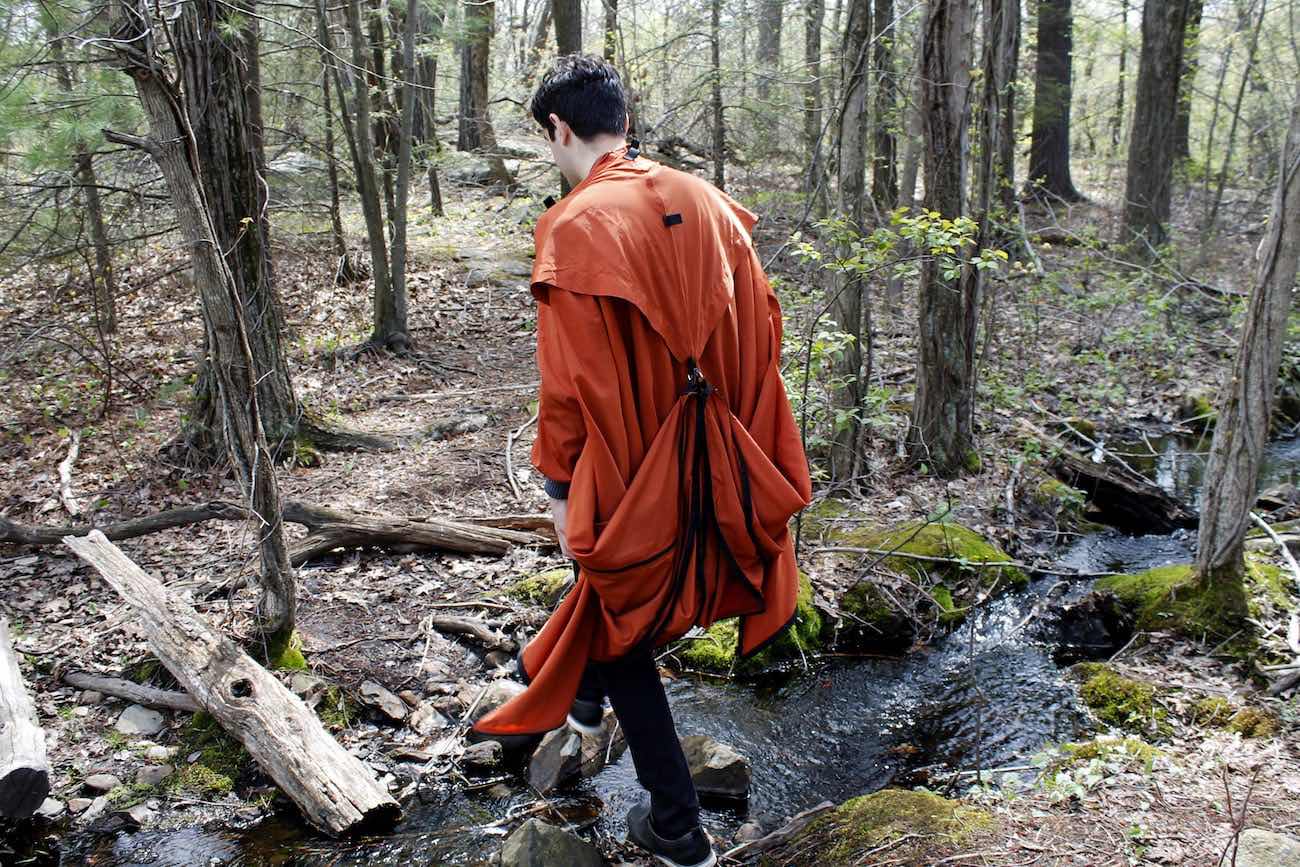 In summer, it’s often possible to sleep out under the stars with minimal protection. Many mountain bikers and climbers use a bivy sack — essentially a weather-proof sleeping bag — instead of a tent. But just occasionally, Mother Nature springs an unpleasant surprise. When the hail starts falling in July, you’ll be glad to have ADIFF around your shoulders. This versatile garment shapeshifts from a jacket to a tent in minutes. 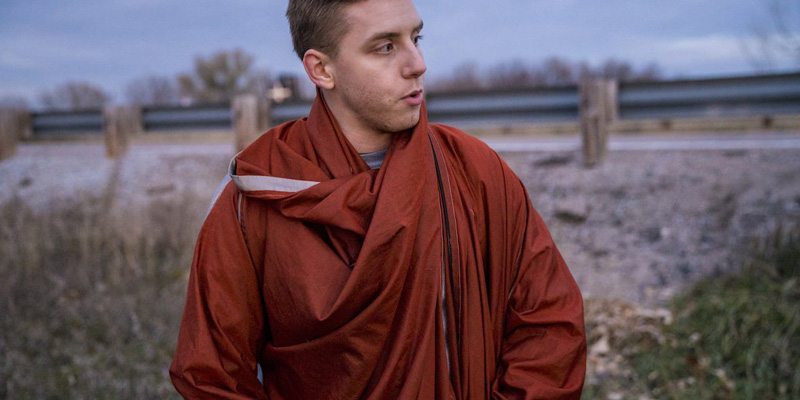 How does a wearable tent work?

It’s quite simple, really. You can wear ADIFF like a long overcoat. It looks like a colorful rendition of Obi-Wan Kenobi’s Jedi robes, but this jacket is water-resistant and breathable. It even has a hood, which will later turn into the door panel of your tent.

While you won’t find this brand of style in any GAP store, it’s definitely more refined than you would expect. No one would realize you are literally wearing a tent.

When you need a safe place to sleep for the night, you simply take off the jacket and close the water-resistant zippers. ADIFF comes with a small bag of poles, which act as the frame of your tent. The bag itself unfurls to become the groundsheet. The whole thing can be erected in a few minutes, and it looks like any other two-berth tent. 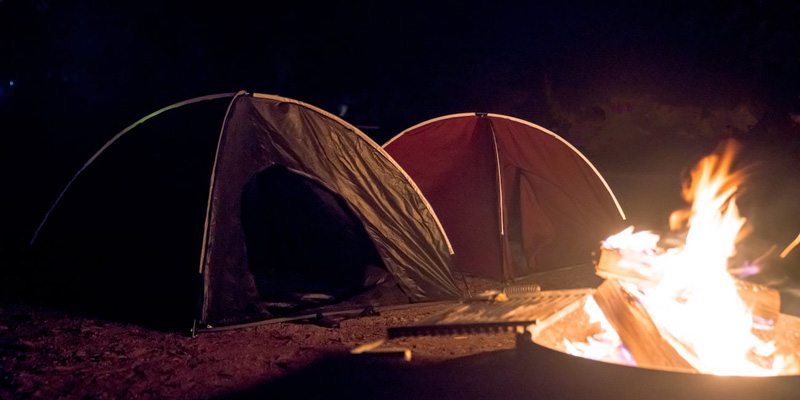 It is in summer weather. The folks behind the tent say it’s good for temperatures between 50 ºF and 80 ºF. The shell is water-resistant rather than -proof, so heavy rain may seep through. However, you are shielded from the wind, and there’s a mesh window to allow the heat out. 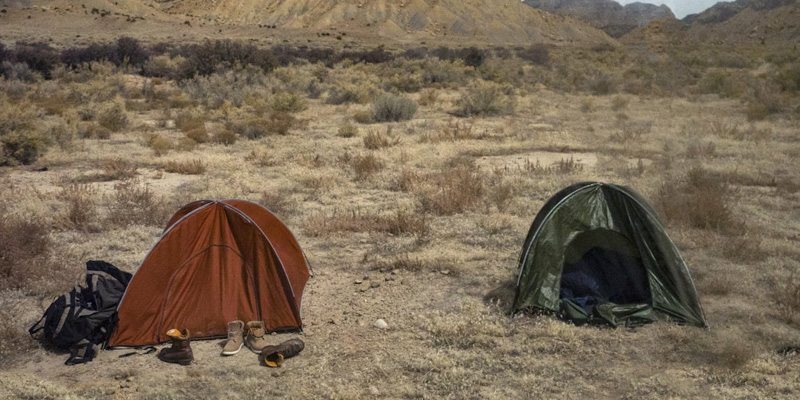 Aside from practical considerations, there’s another good reason to purchase a jacket tent. 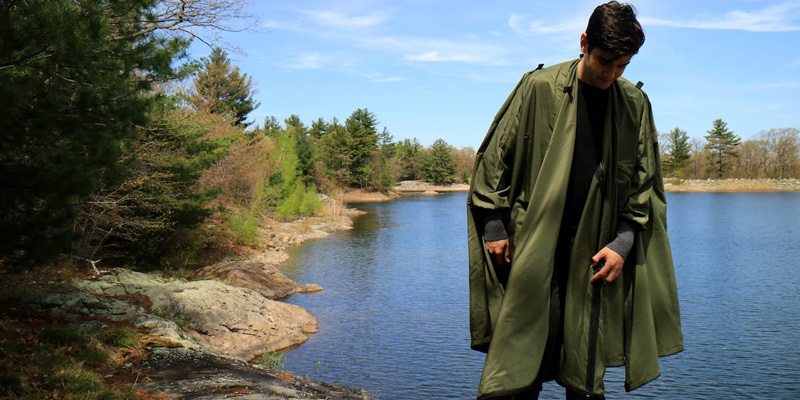 Get one, give one

ADIFF was originally designed for the unfortunate people who have no permanent home. For every wearable tent that’s pre-ordered during the Kickstarter campaign, another one will be given to a displaced person in need.

“This jacket is stylish enough to be worn on the streets of Brooklyn, NY or Venice, CA — but also functional enough to give you shelter on your hiking trip in the woods. The lightweight and breathable fabric makes it possible for you to wear the shell during physical activity, while our mesh back vents and mesh hand pockets keep you feeling fresh. With every jacket, we include 3 carabiner clips that allow you to style the jacket for added functionality or personality.” — ADIFF on Kickstarter

You’d think that wearing a tent would be impractical, but ADIFF gives you good freedom of movement. It’s kind of like wearing the world’s most versatile poncho. 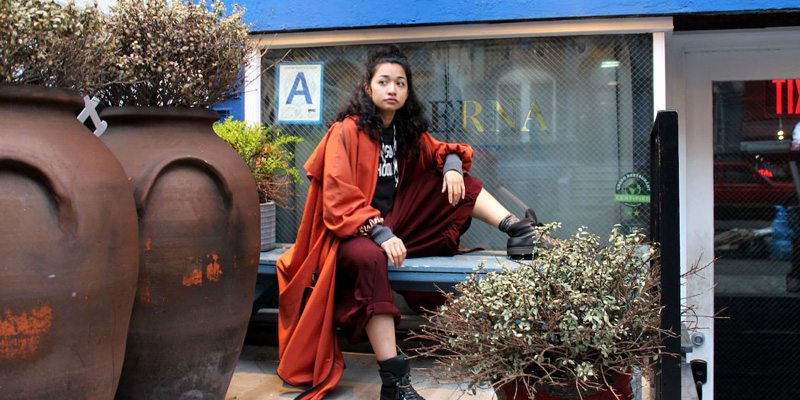 While the two-berth tent is useful, it’s probably not necessary for many outdoor enthusiasts. Perhaps we will see an even slimmer version in future that’s specifically designed for consumers.

– Kickstarter: Until May 28th