Skully AR-1 is the Future of Motorcycle Rides 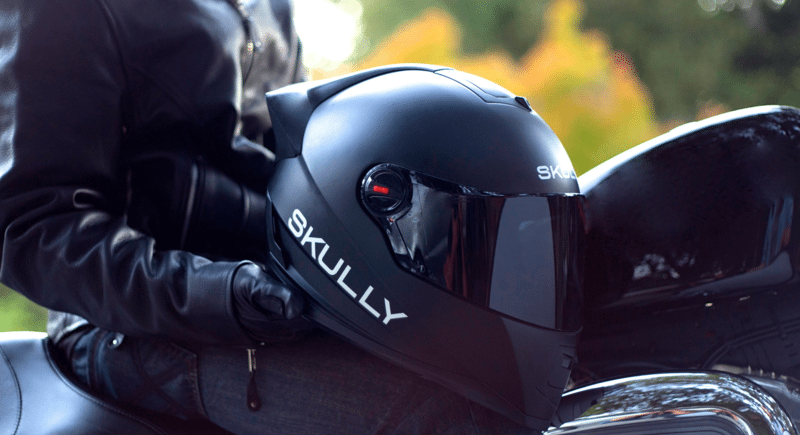 Motorcycles are cool, I won’t deny that, but the safety risk always seems a bit much for such a lifestyle. You can never get lost, you have to be constantly aware of your surroundings because any accident will do more damage to you than the woman who’s talking on her phone in a minivan, and it can get a bit annoying listening to wind rushing past your face. In this day and age of technology, cars are adding new features everyday while motorcycles can’t afford to add the same features without distraction or weight. In other words, the motorcycle itself cannot keep up with the useful technology. You could try wearing the Google Glass or the Recon Jet but then there are questions of gadget reliability at high speeds if you wear them without a helmet as well as safety and comfort concerns for putting on a helmet over the smartglasses. It just seems a great big mess for someone who would rather have a motorcycle than a car.

However, there is a company that has decided to take that mess and design a helmet that can have all the functionality of the Google Glass and combine it with the subtle nature of the display of the Recon Jet and provide the safety we have come to expect from a normal motorcycle helmet. 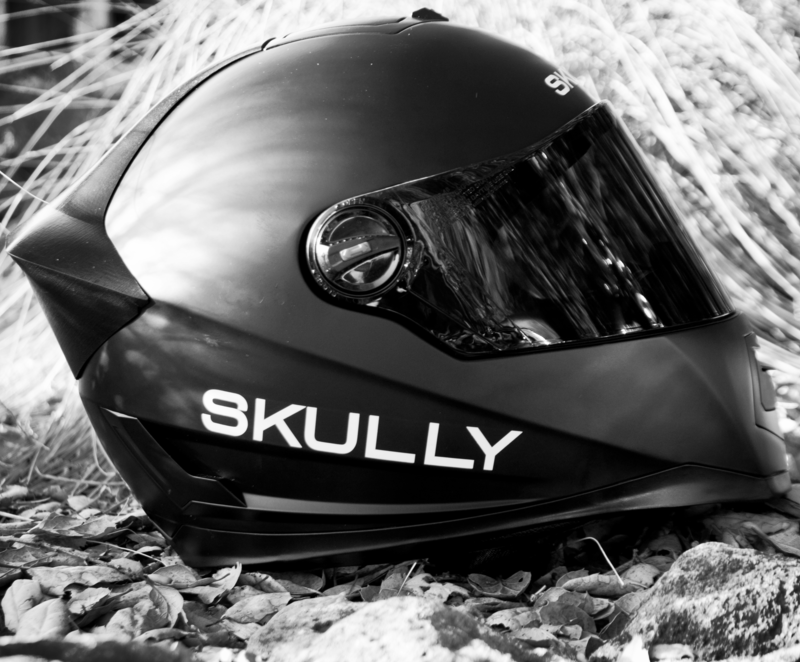 The company is called Skully. Skully…get it? Anyways, they’re about to release a helmet called the AR-1 (AR stand for Augmented Reality) and I think it is a brilliant piece of innovation. The display will stay in the lower right corner of the visor which leaves about 95% (just a rough estimate) of the full view that you would normally have. The display will show you a 180 degree view of what is directly behind you at all times. Within the same display with a much smaller, slightly transparent inset, the display will show you which direction to turn if you are using the navigation feature, a caller ID picture if someone calls, a text message or what song is playing. There is also has a voice function, similar to Siri or Google Now, that will respond to different voices commands such as “play music” or “answer call.” All you need is a Bluetooth enabled smartphone to pair with the helmet and you’re good to go. 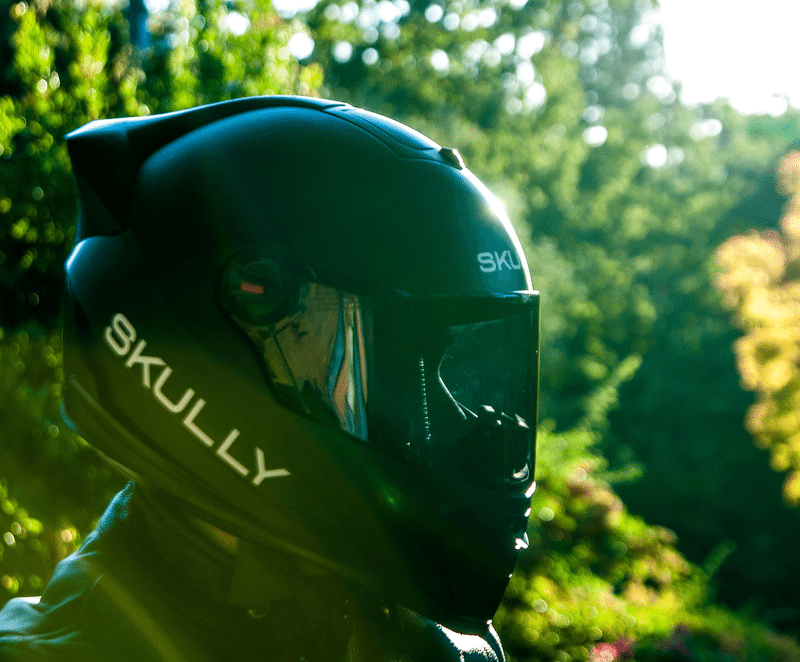 The Skully AR-1 is a brilliant and innovative improvement on the motorcycle helmet. The transparency of the display is especially smart, even if just a small detail to provide enough visibility in that corner of the visor to be useful. The quick transitions between functions with the main display being the 180 degree rear view is clever and safe while also using other functions efficiently. If you want one, you have a chance to sign up for a beta test right now. No word on a price point but it’s safe to say that it will cost more than your standard helmet. Will the higher price be worth it? Absolutely. Oh, and did I mention how sick it looks? All the functionality of a smartphone without sacrificing safety, with a stealth jet fighter look, makes this helmet the standard for the future of motorcycle helmet innovation.