Tech Roundup: A Lookback on Some of the Most Grossing Kickstarter and Indiegogo Crowdfunding Campaigns of 2014 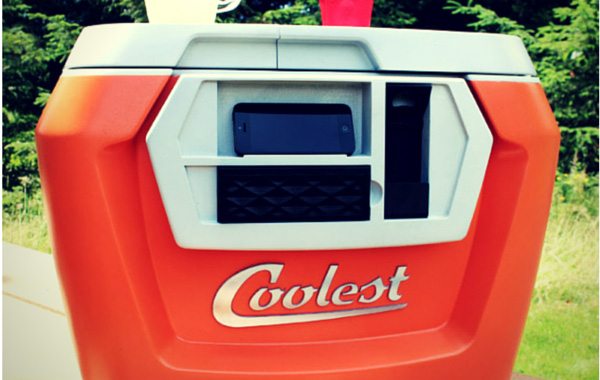 Platforms like Kickstarter and Indiegogo have made it easier for aspiring startups and gadget manufacturers to raise their initial capital. The best thing about the whole process is the collective approach in gathering the fund. No one pays any extra sum of money; they just pre-order a piece of the product which in turn helps the manufacturing department to feel confident in those initial struggling days in the making. Bill Clerico, CEO of WePay, a payment service provider for crowdfunding, marketplace and small business platforms, had said on Business News Daily, “Many major news organizations are now highlighting noteworthy campaigns. That’s not just good for the campaigns, but it also normalizes the behavior and leads to more people [giving to] crowdfunding [campaigns].” No matter from which angle you view it from, crowdfunding is here to stay! Infact, statistical predictions say that by 2025, the global crowdfunding market potential could be between $90 billion and $96 billion.

While our last tech roundup in 2014 was on the latest gadget releases, we want to start the year afresh with a lookback on the most popular crowdfunding campaigns of 2014 on Kickstarter and Indiegogo. Let’s have a look what these amazing campaigns were:

Founder Neil Young wanted to discover a way by which you wouldn’t have to compromise between quality and convenience when listening to music. “Pono” meaning righteous in Hawaiian, this portable audio player provides unparalleled sound quality and can support playback of high-fidelity audio of up to 192kHz/24 bit resolution.

Even last year hoverboards weren’t a reality. Thanks to Kickstarter, HENDO hoverboards are finally here today. Considered as one of Time magazine’s 25 Best Inventions of 2014, this brings the power of HOVER technology in your hands. You can check our full review on the HENDO hoverboard right here.

Calling it just another cooler would be an understatement. Coolest Cooler is probably the only device you’d want for an outdoor party. It’s also the most-funded Kickstarter campaign till date. From rechargeable blenders to Bluetooth speakers, this definitely stands as one of the most compact camping accessories you’ve ever seen before.

From making toys to running a modern workshop, the Micro has endless possibilities you can discover. It has been built keeping reliability, consistency, and accessibility in mind. This printer is what makes 3D printing enjoyable for every single person.

The idea behind the creation of these headphones was to minimize the bulkiness from the world of headphones without compromising on the sound quality. Dash brings the next generation Bluetooth technology in a form factor which doesn’t requires cables.

Sense sleep tracker combines the insight of your sleep patterns with the data of the environment in your bedroom, including noise, light, temperature, humidity and particles in the air. It can even wake you up in the morning just after you have your appropriate sleep cycle.

Sous vide has turned out to be one of the most healthiest form of cooking today. Anova Precision Cooker takes you down that lane with mobile phone compatibility so that you’re able to cook your meals directly from your phone.

They can melt snow and cut down greenhouse gas emission upto 75%. These solar panels are sturdy enough for you to drive or walk on and they constitute our future roadways. Most importantly, they have received two phases of funding from the U.S. Federal Highway Administration for research and development of a paving system that will pay for itself over its lifespan.

Coming from social robotics pioneer Dr. Cynthia Breazeal, JIBO is a family robot every household could happily do with. It has two high-res cameras for tracking faces, 360-degree microphones which when combined together can introduce to the amazing world of artificial intelligence right at home.

These are external cat-shaped speakers with LED lights that has beautifully combined fashion and functionality together in one simple form factor. Unlike the standard headphones, this one will make you carry a style statement of your own.

Technology should remove blindspots and that’s the reason why Skully AR-1 was made. It incorporates a heads-up display, rearview camera and GPS navigation. A helmet that makes bike navigation super convenient.

The Sailfish OS that Jolla Tablet flaunts is totally independent and concentrates on maintaining your privacy unlike any other OS. Multitasking is super easy on this tablet which shows all your running apps at a stretch. But what makes it a class is the gesture interactive screen surface.

From recharging your devices to locking your luggage remotely using your smartphone, Bluesmart hosts everything a traveler looks out for. The built-in scale only makes it the coolest luggage you can smartly show-off at the airport.

You can call it a compact that will empower you with stereo-quality sound. Carry it from room to room and stream your favorite tracks no matter where you go. It might look compact but the speaker does sound like two widely separated full size HiFi speakers with smooth highs, crystal clear midrange and bone shaking bass.

Those were some of the best crowdfunding campaigns from Kickstarter and Indiegogo that ruled 2014 with spectacular features. Let’s hope there’s a lot more to explore in the coming days. Happy Gadgeting!