Tech Roundup Once Again: Checking In With Fresh Innovation Concepts From November

We’re nearly coming towards the end of 2014 and it seems that innovation in the world of gadgetry has had a huge rise this year. From big brands to startups, there’s a lot happening in the tech world that keeps us in this constant bubble of coming up with something fresh and new from time to time. On our October tech roundup, we were overwhelmed with the new iPad releases, smart jewelry, the world’s first hoverboard and a lot more. Now it’s time to check what’s been boiling hot in November and feel awestruck once again. This time the roundup features gadgets and gadgets alone. There are tablets, tech bracelets, key links and a lot to discuss.

Without wasting time, let’s just get on with knowing the new technologies around.

Jolla Tablet is Simply One of a Kind

Considered as the world’s first crowdsourced tablet, the Jolla Tablet is indeed coming up as a tough competitor for your iPad. Having already smashed its Indiegogo goal, this tablet runs on the Sailfish operating system which is unlike anything you’ve seen before. The OS believes in promoting better privacy and multitasking which makes the whole experience more convenient and unique for mobile gadget users. It can also work with natural hand movements and give you the feel of what gesture control could be like. A sleek, compact, beautifully represented tablet you’d never want to part with.

Moleskine’s new software tie-in will now provide sketchbook support for Adobe creative software. This will let you turn your sketches into fully manipulable vectors via the Moleskine Smart Notebook app and Adobe Creative Cloud. These special notebooks come with special alignment indicators on the corners of the pages which will help the app translate the sketches into corresponding vectors and hence help in the process. Inspite of innumerable options already available in the world of digital sketching, this does sound promising especially because these notebooks don’t require additional power and provide the same old tactile experience in sketching too. 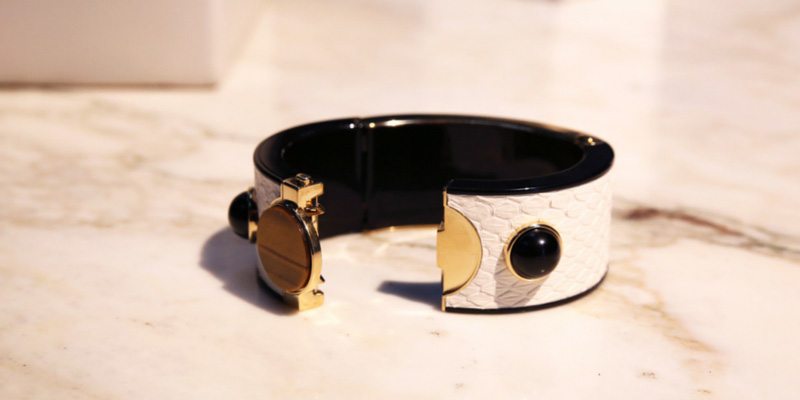 Made with snake skin and semi-precious stones and pearls, the MICA bracelet is a stunner in the world of wearable tech which excels in fashion from every angle. But after going through the hands-on review, even Techcrunch feels this bracelet works smart as a communication device too. MICA, short for My Intelligent Communications Accessory comes with its own 3G radio, a GPS chip, and integration with TomTom and Yelp, all viewable from the curved 1.6-inch OLED display found on the inside of the bracelet. It’s coming up at Barneys this Christmas for a price of $495.

Track Your Keys With Motorola Keylink 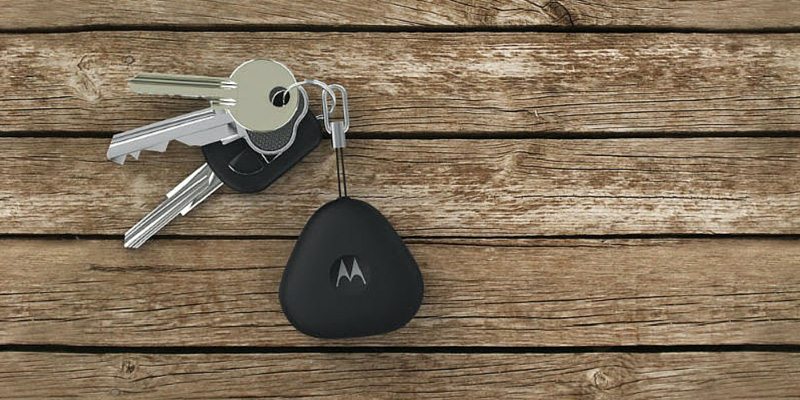 Coming as a $24.99 Bluetooth enabled device, the Motorola Keylink is designed to track your lost keys or anything else you attach it to. As long as the lost item is in a 100 feet range, you can make the Keylink ring directly from the app. There have been a lot of device trackers in the market lately but one coming from a brand like Motorola definitely adds that edge. It’s powered by a coin cell battery that can last for about one year. Most importantly, the tracker looks pretty cool as a device you’d not feel awkward using in your everyday lifestyle.

As Lance Ulanoff says on Mashable, “Parrot’s latest drone the Bebop has an, at best, misleading name. There’s nothing boppy about this pro-level drone masquerading in a kid-friendly name (and colors).” This is a part remote controlled flyer and a part robot. The array of sensors build inside it helps the drone to fly stable in the air and land without requiring any assistance. There’s an HD video camera on the nose and a lower resolution one in the belly which can ideally make this drone a perfect device to capture aerial videos.

Tying shoelaces have been a part of your daily workout regime but wait till you get your hands on the Powerlace which operates automatically when the foot is inserted in the shoe. As described on their Kickstarter page, “The activation of the small lever found at the lower rear end of the shoe unlocks the power system. It’s really that simple! The total energy required for the lacing system’s mechanism is provided for by the weight of one’s body.” Now that’s the kind of sports shoes you’d definitely look forward to have in the future.

Enhance Your Basketball Skills With ShotTracker 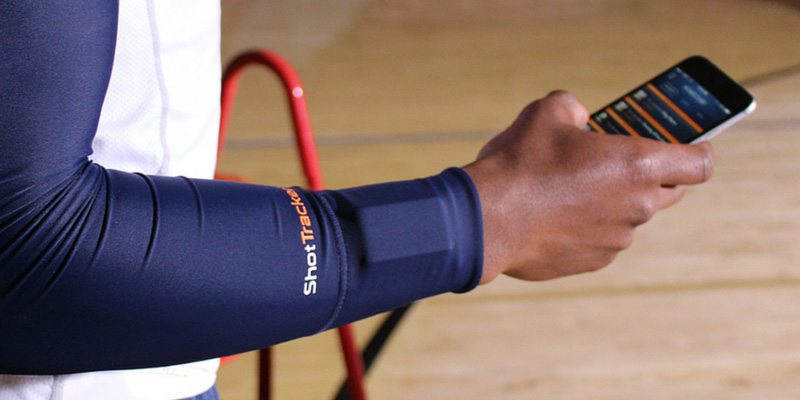 This is ideally a three-piece system that consists of a net-mountable sensor, a diminutive wrist sensor, and a mobile app that connects to the sensors via Bluetooth to track your makes and misses. You need to keep your iOS or Android device near the basketball for the stats to get registered for further tracking. The app will also provide you with a menu of workout options so that you get to compete with other ShotTracker users and enhance your B-Ball skills that way. Must have for basketball stars out there. 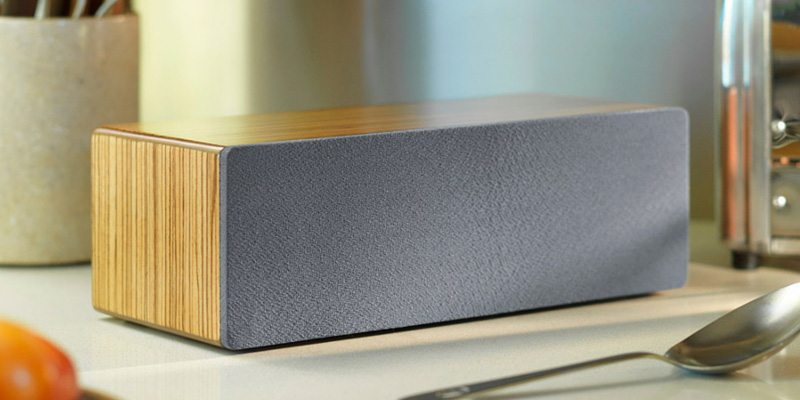 With the A2+ and A5+ speakers already doing good rounds, Audioengine’s latest is the B2 Bluetooth speaker which comes with two 2.75-inch Kevlar woofers, a pair of 20mm silk dome tweeters, and a 60W amp just like the A2+s. It’s targeted more towards home use than outdoors. There are three wooden builds to choose from, black ash, zebrawood, and walnut, each of which looks equally brilliant and promising as a speaker. The deep, tight bass and the great looks will surely keep you tied to your music indoors.

Flic is the Shortcut To Your Smart Functions

It may be the size of a quarter but is used well, Flic can be the only device you might ever need to take control of all your daily activities. From opening a door to calling a cab, Flic’s got the power to do it all. Once integrated with your home automation tools, Flic can make controlling them super easy and hassle-free. Have as many as you can and make your smart life even more fun. 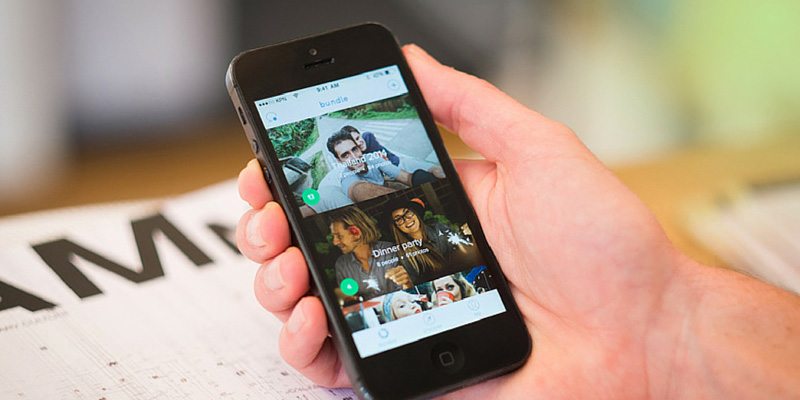 Recently funded Bundle App is a great way to manage all your good snaps at one place. By pulling photos from your iOS device and Dropbox account, it can pick out what it thinks are your best photos and then package them up into cohesive albums. Those albums can also be made social with your friends and their albums. That way, you won’t miss out on any single snap from an adventure, be it taken from your camera or from that of your friends. 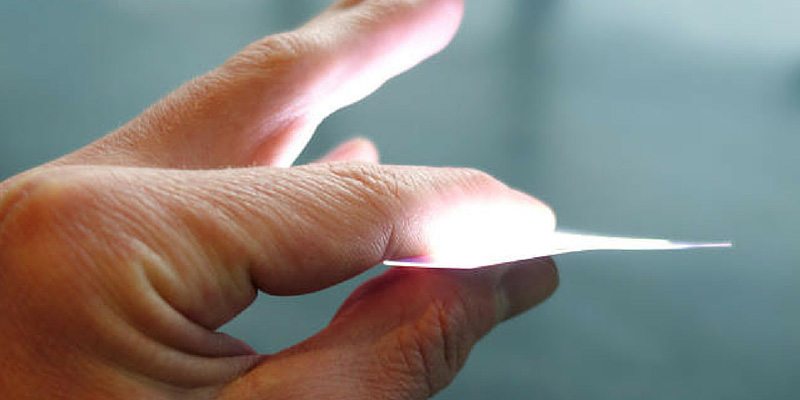 It’s a way to print lighting and apply it to nearly any surface, in any shape, and for any situation. “With Lightpaper it’s more of a platform of light that we don’t even know how it’s going to be used,” explains Smoot on Fast Company, “All we know is that we’re trying to unlock the ability to create light.” That’s a creation we all will be waiting for.

Boom Boom is an Incredible Speaker And Portable Audio Recorder 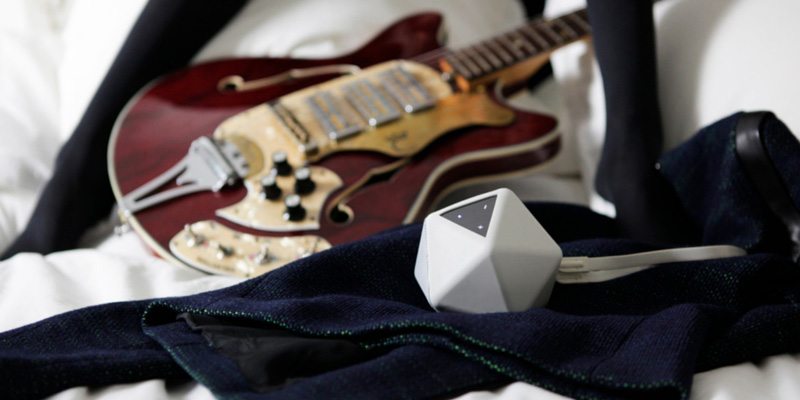 Coming as a team started by four passionate music lovers, Binauric’s mission has always been to change the way people listen to the world through products which can be accommodated in your daily lifestyle like a breeze. Boom Boom is one such creation that has been stuffed with amazing recording capabilities apart from being a stunning portable speaker. Using the corresponding smartphone app (both Android and iOS), you can empower your audio experience by capturing whatever sound you want to in 3D. 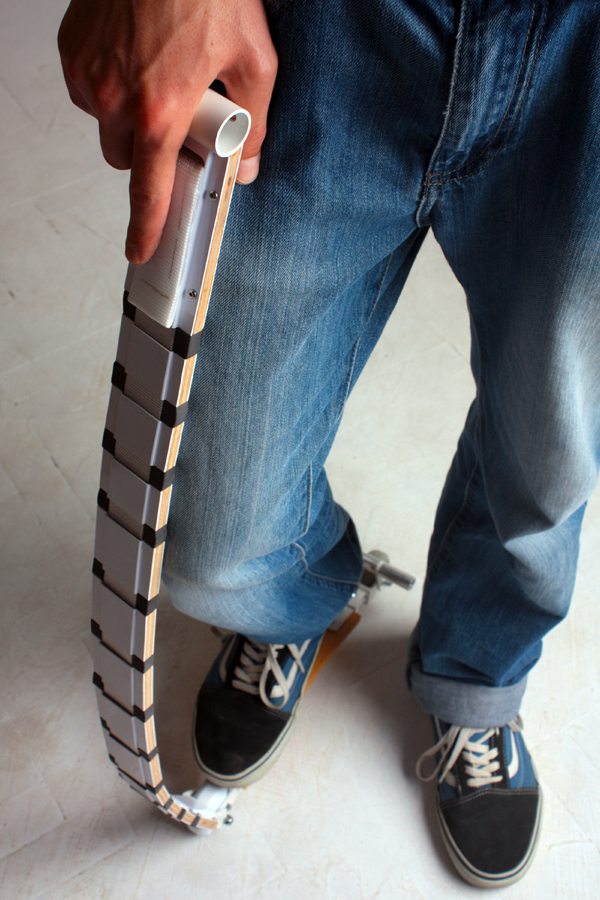 The idea that transportation needs to be both convenient and economically friendly led Hungarian student and designer, Ádám Török to design this masterpiece. He notes that cars will eventually become unnecessary by stating that “A vast range of methods has been developed in recent in years but these will all become obsolete if the vehicle is developed that is entirely portable, even wearable as part of our clothing.”

Ear-O-Smart is a Fashionable Alternative to Fitness Tech 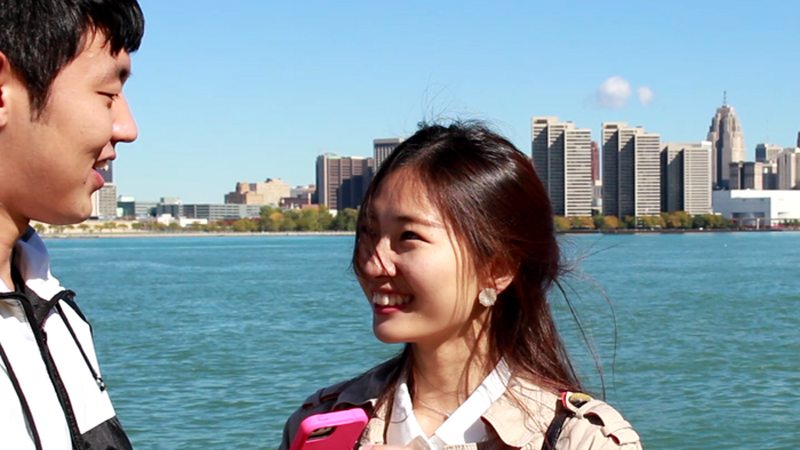 This pair of earrings are able to track your heart rate, monitor the number of calories burned, and keep a record of your activity level throughout the day. As a bonus, they may prove to be particularly useful while exercising. Compared to a fitness band, the earrings may be less likely to be damaged while lifting weights. What else can the fashionistas want from wearable tech! 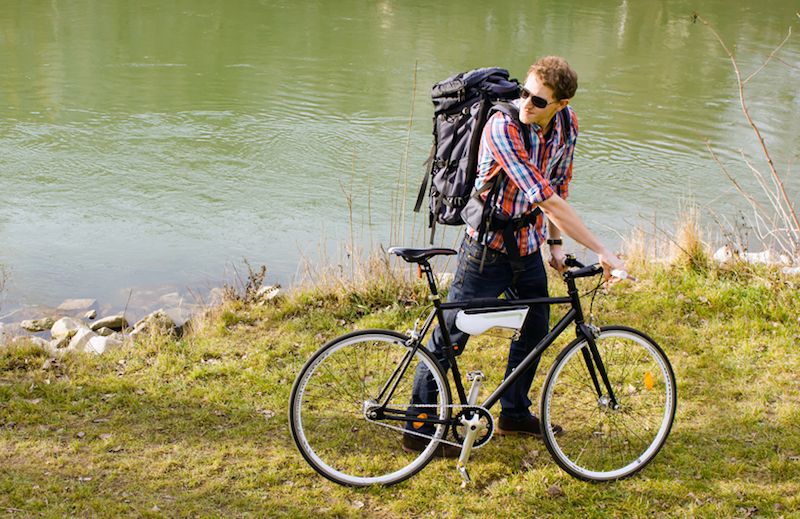 Using the Fontus bottle, anyone can collect humidity from the air and have free, clean and drinkable water. It collects humidity or moisture from the air. Under the right conditions, it can gather as much as 500mL in one hour. Practically, any standard PET 0,5l bottle will fit on the device. So, next time you run out of water on a camping trip, you know where to get some from.

That being the technology side of things for November, wait till we come up with our next tech roundup in the New Year. Till then, Happy Shopping for Christmas!