Eora 3D Lets You Accurately Scan Objects with Your Phone 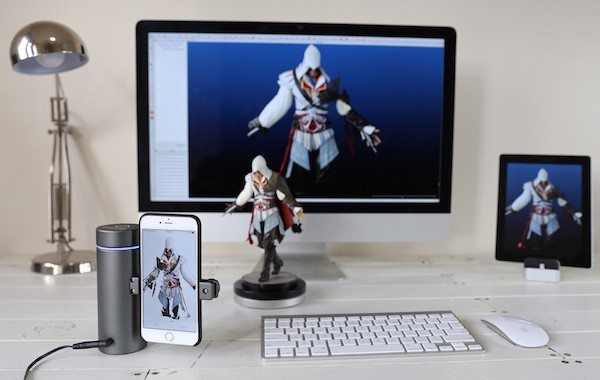 There has been much attention given to 3D printing in the past few years, and rightly so. The technology gives anyone the power to create physical objects from digital blueprints with complete precision. It has the potential to revolutionize manufacturing in years to come, but it is currently inaccessible for most people, due to the required computer modeling skill.

One solution is to scan an existing object and reproduce it, except that most 3D scanners are either imprecise or extortionately expensive. This dilemma is exactly what the team behind eora 3D set out to overcome — the result is a desktop system that allows you to scan objects with complete accuracy using your smartphone.

The scanner comes in two parts. The milled aluminum mount is designed to hold any modern phone. From the top of the pillar, a green light illuminates the object you want to scan — your phone’s camera sensor is twice as sensitive to green as it is to red or blue. The mount is connected via Bluetooth to a turntable, which is designed to rotate the scanned object without causing vibration. When you want to scan, you simply open the free accompanying app, available on iOS and Android. 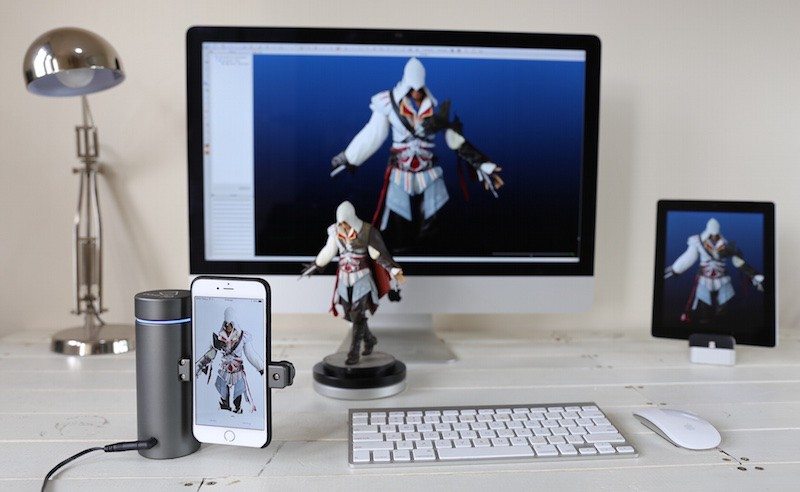 Together, the system is able to construct a digital version of any object of up to one meter square, and it is possible to scan larger objects by stitching together the imagery. What’s more, the detail is incredible. Each scan is composed of eight million vertices (measured points), with a tolerance of under 100 microns — in other words, the digital clone will never be more than the thickness of a sheet of paper away from perfection. The app lets you browse through your scan-produced models, and send them straight to 3D Hub, Shapeways (on-demand 3D printing services), and Sketchfab (a 3D portfolio site). 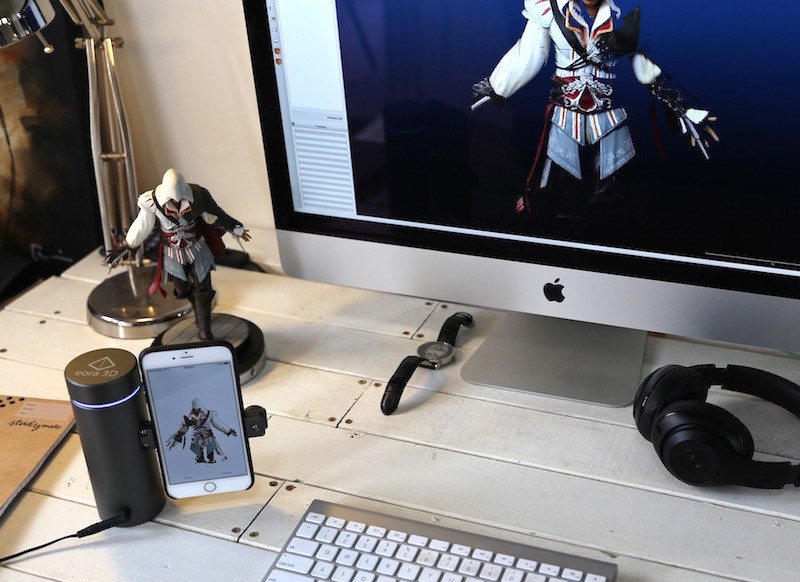 The kit is currently on pre-order via Kickstarter, where eora 3D has already blitzed past its original crowdfunding goal of $80,000. With the best of the early-bird deals already sold out, backers can pre-order the mount and turntable for $289, with delivery scheduled for June 2016. The eventual retail price will be $399 — not cheap, but certainly tempting for enthusiasts.