Assassin’s Creed IV: Black Flag Lets You Be a Pirate, an Assassin, and an Explorer in One Sleek Experience 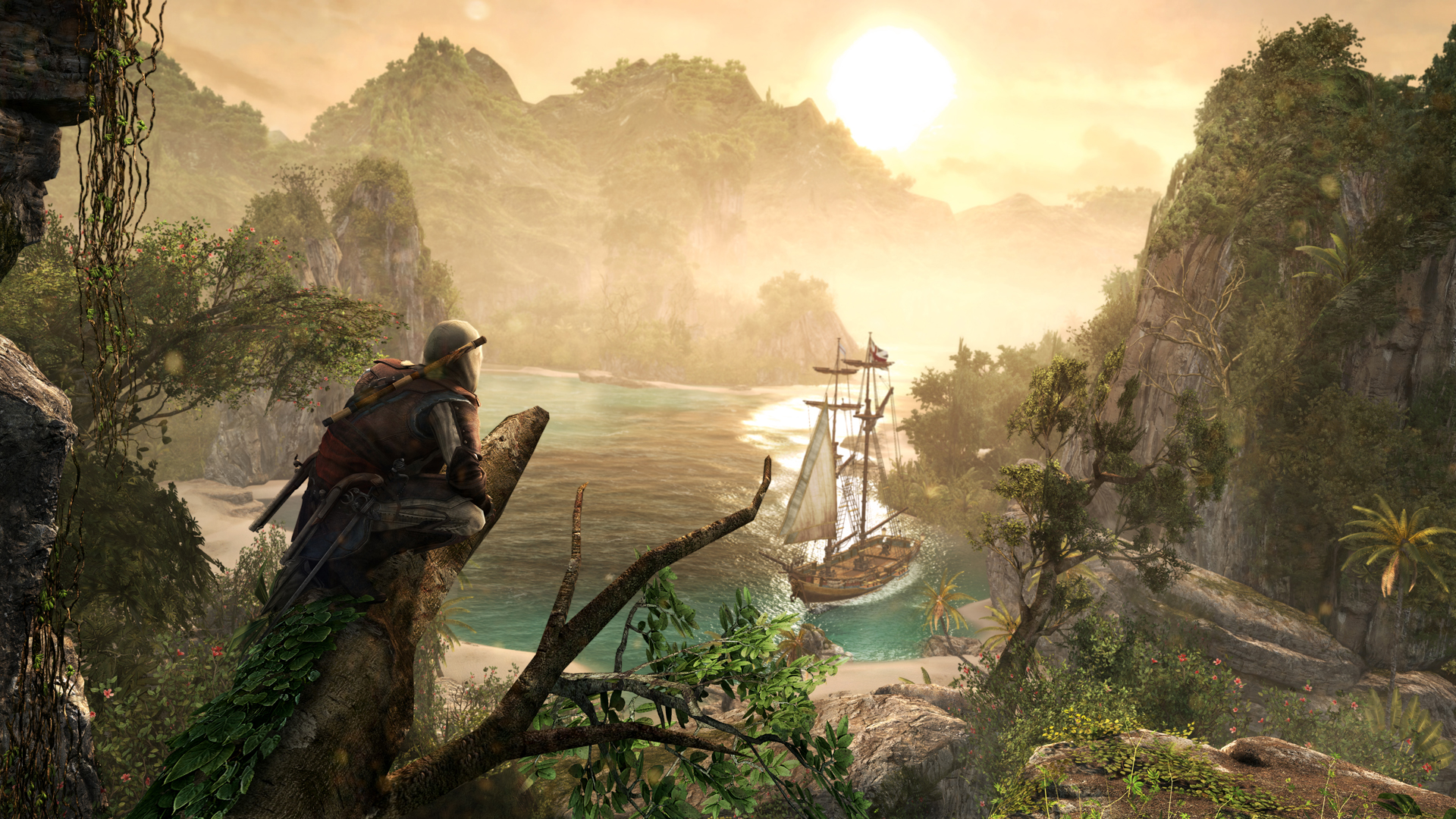 The Assassin’s Creed series has become quite popular in the past few years but maybe you haven’t heard of it.  In essence, there is a virtual reality program called the Animus that enables a man named Desmond Miles to experience the memories of his ancestors. There’s a fairly deep backstory involved but all you need to know is that Assassin’s Creed IV is a new lease on the common thread throughout the previous Assassin’s Creed games. This time the ancestor’s name is Edward Kenway and he is a pirate on the high seas of the Caribbean. Finally, the pirate simulator we all wanted as children! 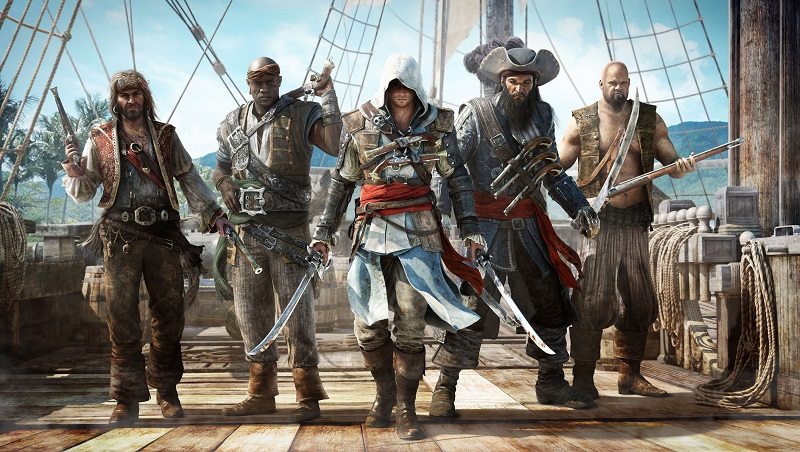 As a pirate, your job is to roam the open seas and discover treasure. There are sea battles to be had and hidden coves to explore. The control scheme remains basically the same as other Assassin’s Creed games but for a newcomer, the controls can be a little difficult to grasp. Once understood, the ease of movement is a breeze as you climb buildings and ship masts and even trees in the jungle. Be prepared for the learning curve though, it is a bit steep at first. As you roam the high seas, you will buy weapons and upgrade your ship called the Jackdaw. By adding weapons and defense and even more crew members, you will be able to take on entire convoys that stray into your path as you choose to either mercilessly sink any ship or you can choose to board and slaughter the opposing crew with hand to hand combat that is so fluid and deadly that you’ll feel like a true assassin. 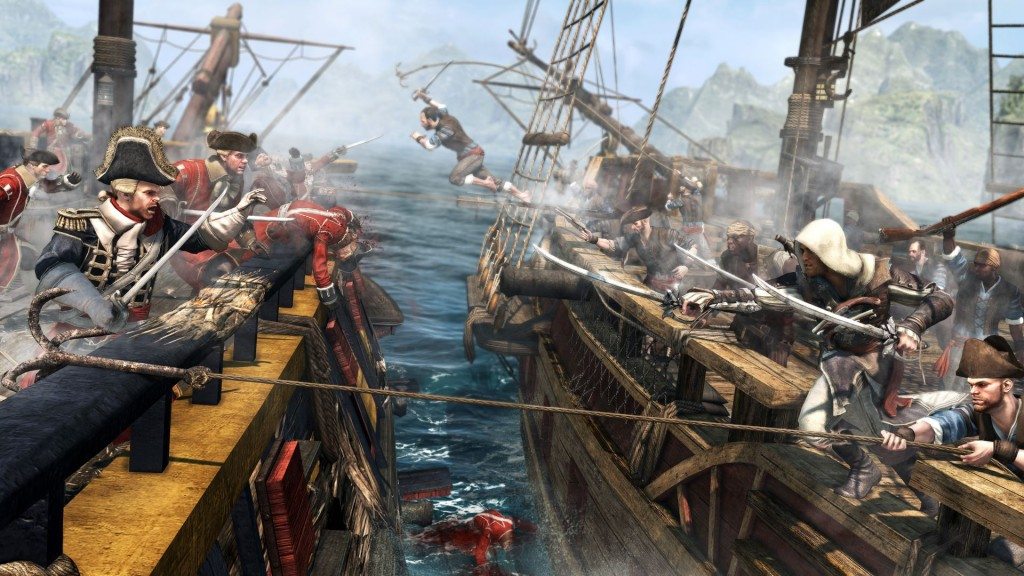 Normally, my view on video game graphics is that comparisons are nonsense as most every game produced these days has pretty fantastic graphics and to choose a game based on the incremental difference in appearance is foolish. However, Black Flag sets itself apart from the crowd through the absolutely beautiful rendering of the open sea. The water behaves so naturally with the swells and crests and reflection of light, you will occasionally be traveling to a new area after playing the game for hours and be struck by the beauty in front of you. 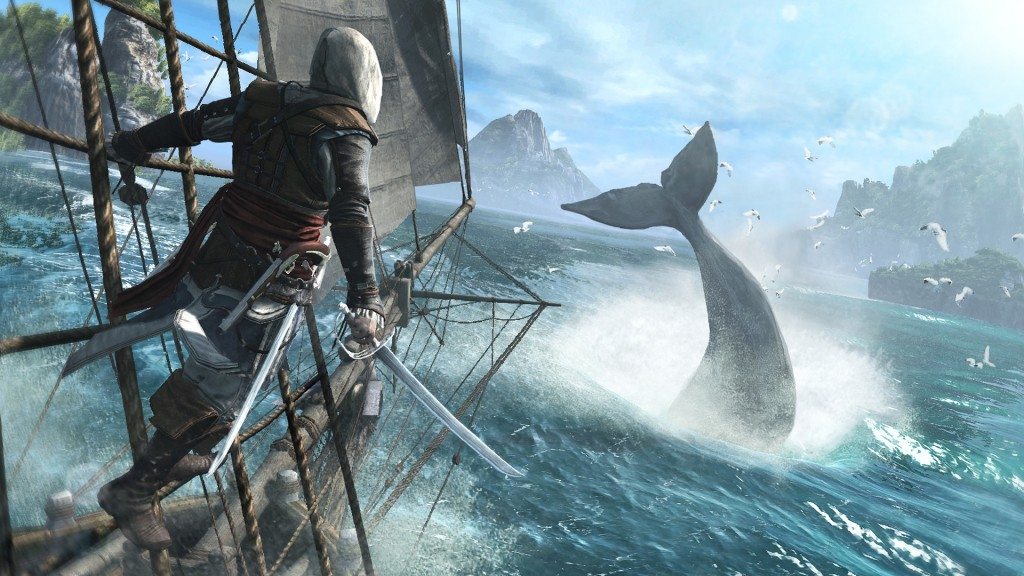 Black Flag is an amazing game with fluid controls and outstanding graphics. The reason for the deduction is the learning curve of the controls and the occasional glitch with the parkour where you end up not doing what you want to do when you pushed all the right buttons. For example, running up a wall instead of jumping into a haystack. It happens rarely but just enough to frustrate most people. That problem aside, Black Flag is a game of exploration and beauty that anybody will enjoy.