The next breakthrough chips for the Mac are here: the M1 Pro and M1 Max. Together with these power-packed chips, a 1080p camera, the best audio system in a notebook, and the most advanced connectivity, the new MacBook Pro gives you totally new possibilities. 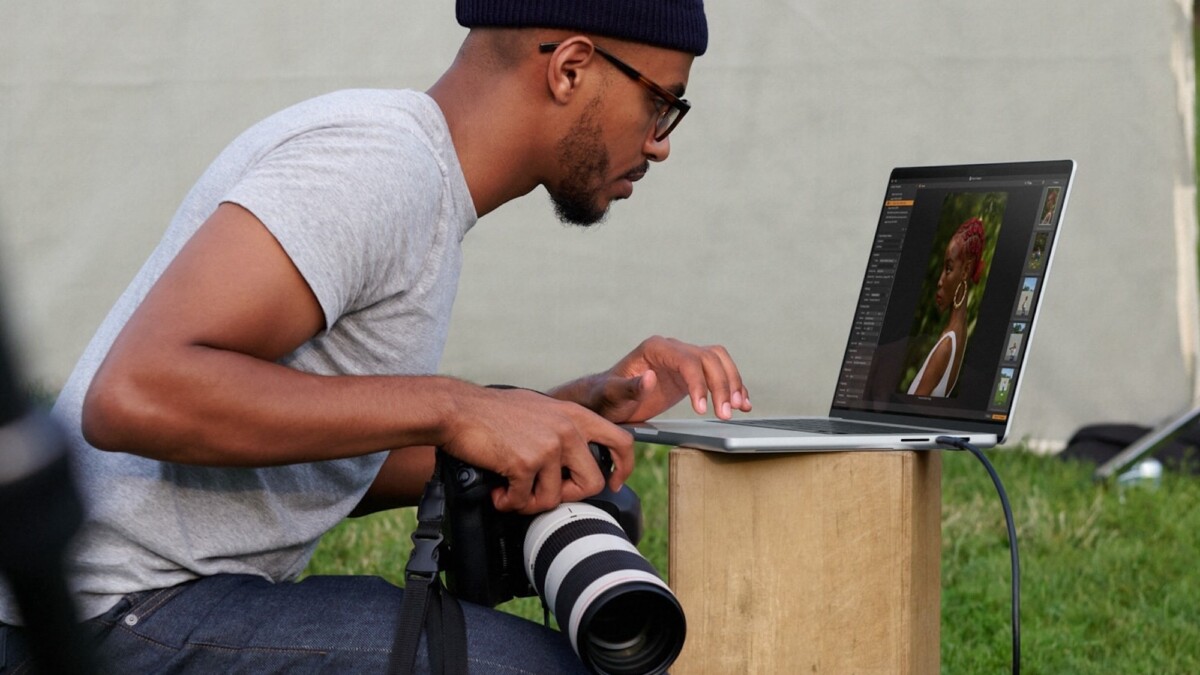 Yesterday, Apple announced a completely reimagined version of the MacBook Pro that comes with Apple’s very own upgraded versions of the M1 chip: the M1 Pro and the M1 Max.

Last year, we spoke about the new Macs with the M1 chip, and—within a year—Apple surprised us yet again with even better versions of the M1 chip. After the Apple Unleashed event, it’s pretty clear that the M1 chip series is here to stay! And it’s only going to get better with time.

An overview of the new chips

Before we dive into the details of the new MacBook Pro, let’s take a look at what these new and upgraded M1 chips have in store. While the M1 Pro comes with excellent power efficiency, the M1 Max takes that efficiency one step further with a 70% faster CPU performance than M1. With a super fast GPU performance, the M1 Max can actually make you fly through graphics workflows in no time.

Both these new chips bring the system-on-a-chip (SoC) architecture to the MacBook Pro series for the first time. These are the main features that set them apart.

Whether your MacBook Pro is connected to power or not, these chips ensure you still enjoy the same performance.

Apple’s senior vice president of Hardware Technologies, Johny Srouji, said, “With massive gains in CPU and GPU performance, up to six times the memory bandwidth, a new media engine with ProRes accelerators, and other advanced technologies, M1 Pro and M1 Max take Apple silicon even further, and are unlike anything else in a pro notebook.”

A detailed look at the M1 Pro chip

With 33.7 billion transistors, a 10-core CPU, and the industry-leading 5-nanometer process technology, the M1 Pro chip is capable of achieving the PC chip’s peak performance with up to 70% less power.

Surprisingly, it can handle intensive tasks like high-resolution photo editing easily with much less power consumption. Additionally, this chip can be configured with up to 32 GB of fast unified memory and up to 200 GB/s of memory bandwidth, which makes it a great buy for 3D artists and game developers. Now they can do more on the go without bothering much about power efficiency.

A detailed look at the M1 Max chip

The M1 Max focuses more on GPU performance and has a 32-core GPU for up to 4x faster graphics performance than M1. It’s the largest chip that Apple has ever built, and it comes with 57 billion transistors. You’ll enjoy the performance similar to that of the highest-end GPU in the largest PC laptops while using up to 100 watts less power.

As a result, less heat will be generated so that the fans run slow and your Mac stays cool even when you are doing power intensive tasks. The M1 Max also offers a higher-bandwidth on-chip fabric, which is about 400 GB/s along with 64 GB of fast unified memory.

Along with the M1 Max and M1 Pro chips, the new MacBook Pro also comes with a few other amazing features you can’t say no to. These include a stunning Liquid Retina XDR display, a wide range of ports for advanced connectivity, a 1080p FaceTime HD camera, and the best audio system in a notebook.

Together with the chips and macOS Monterey, this MacBook Pro takes its performance to unmatched levels. So, whether you are a developer, photographer, filmmaker, 3D artist, scientist, music producer, or just someone who wants a high-performing laptop with excellent power efficiency, this is the MacBook to go for.

Most powerful MacBook Pro ever made

The 14-inch and 16-inch MacBook Pro comes with excellent features for a MacBook.

Being the sustainable brand that Apple is, this new MacBook Pro has an enclosure made with 100% recycled aluminum and 100% recycled tin in the solder of its main logic board. And—for the first time in a Mac notebook—Apple used 100% recycled rare earth elements in all magnets.

Both models are also built with 35% or more recycled plastic in 7 components. And all of the packaging wood fibers come from responsibly managed forests or recycled sources. That makes the product even more useful and sustainable. So you get better tech without harming the environment.

Which new MacBook Pro would you buy for yourself? One with the M1 Pro chip or one with the M1 Max chip? This MacBook Pro paves the way for a future where laptop power efficiency won’t be a problem anymore. Get yours now, starting at a hefty price of $1,999.

Madhurima Nag is the Head of Social Media at Gadget Flow. She side-hustles as a digital marketing lecturer/speaker and loves to voice her opinion on marketing, crowdfunding and gadgets (of course!) in general.
Join the Discussion
Popular Blog Posts
Smart thermostats your home needs before winter steps in Launching a Kickstarter or Indiegogo campaign soon? Read this first 10 Best tech gadgets you need in your life Must-have smart desk gadgets and office accessories Best PS5 external SSD drives out there for gamers