Atheer One Brings Natural Interaction in the Digital World

Fantasy fiction lovers have always craved for a real world existence of all that they read or watch on screen. There’s this hidden desire that constantly calls for that one touch of magic which can easily transform our day-to-day world into an enchanted sphere of illusions we couldn’t dream of before. The tech innovators of the present day deserve a special round of applause for slowly turning that sci-fi world into reality, one invention at a time. From a magic pen that makes you draw on air to the numerous smart devices that gets your home automated, the tech extravaganza is on like never before. The latest in this tech buzz are the wearable tech devices, especially a project that has seamlessly merged augmented reality with our daily lives – The Google Glass. It might seem crazy for the common masses to adapt this kind of technology into their style routine on the first go but there lies no doubt in the high-tech experience one gets by simply wearing it. While Google Glass primarily stresses on passive viewing, the latest project from Atheer Labs has a bigger aspiration of providing an immersive experience of natural interaction in the digital world through their latest pair of smart glasses – Atheer One.

Unveiling the Potential of Having Superpowers

The introductory video displayed above literally spellbounds the viewer with the kind of superpowers the team has to offer through Atheer One. It’s like becoming the sorcerer of the 21st Century and controlling every sphere of life digitally with simple hand flicks. One of the coolest gadget inventions ever, Atheer One is surely about to unleash the power of human potential through their portable 3D display glasses that can do what we could have just dreamt before. Having first released their concept of “air-touch” technology on AllThingsD’s D11 Conference last year, Atheer founder and CEO Soulaiman Itani had been very confident as to why they wish to bring this technology amongst the masses and had said, “People want more, and they are becoming more demanding. Creativity and innovation for smartphones and tablets are kind of tempering, so wearables are going to be the next big thing. You just need to do it right. There are a lot of challenges, but this is the future.” 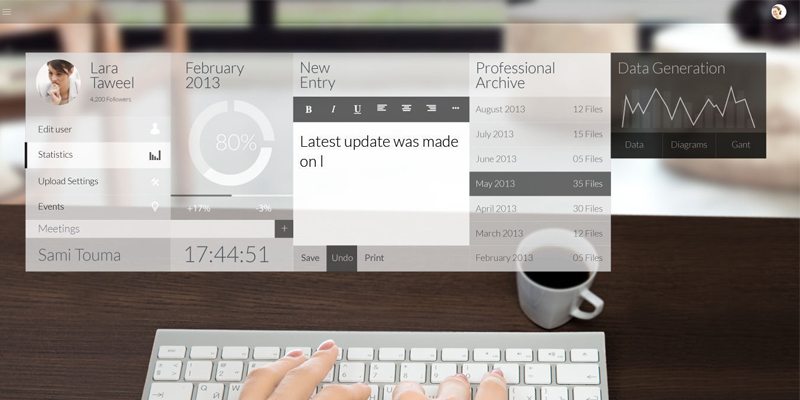 The team has been very optimistic of turning this visionary project into reality right from the beginning and has indeed shown a tremendous growth from framing the Early prototype with 3D USB webcam to developing the Atheer One prototype in the course of just one year. Their latest Indiegogo campaign which has been topping the charts with over $174,000 USD in funding way beyond it’s stretch goal, offers two systems for the early adopters of this legendary perception – The Atheer Dev kit and the Atheer One. It’s indeed a mission that wants to take computing, gaming and the entire digital world to a level where there lies a better tomorrow.

Be it Workspace or Gamer’s World, Atheer One Rocks Everywhere

“The digital world shouldn’t be limited to screens any more. It should be all around you and customized to you.” A wonderful comment made by Itani on Techcrunch shows the kind of passion that lies behind the creation of this masterpiece. From becoming a workspace gadget that can seamlessly make all your tasks, especially for surgeons seem more resourceful and handy to unwinding a whole new world of interactive gaming for addictive players out there, there’s no end to the kind of exploration that can be undergone with Atheer One. Judging a car on the showroom with all its specifications displayed through these smart glasses or being warned of the dangerous slopes before skiing, it’s like having your own portable recommender on your eyes all the time, round the clock. Atheer One simply makes all your digital content accessible through natural interaction with a pair of glasses that weighs only 75 grams, without the risk of giving you headaches. 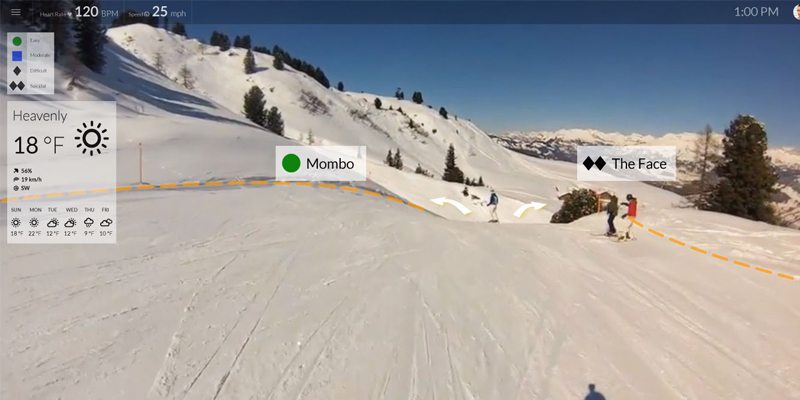 Currently leveraging Vuforia, a popular AR engine available, Atheer One brings a fantastic augmented reality experience where 3D digital content effortlessly blends into the real world objects thus creating a majestic experience. Starting with the already 800,000 applications available on Android Play, the glasses simply makes all your apps visible on this floating Android tablet of 26″ HD at around 50cms away from your face. Though the future demands more for a cordless smart glass set, at present the Atheer One connects to your Android phone through a micro-USB port. The journey has just begun and there’s a lot of experimentation yet to be done. That’s the very core reason behind the launch of the Atheer Dev Kit which calls for developers to make this innovation reach more towards its goal with the creation of immersive and interactive apps solely dedicated for Atheer One users.

Rome was indeed not built in a day and it’s truly admirable to see the team take their small steps to build the future when they said on Mashable, “People need time to experience Atheer, understand what an immersive computing experience really means, and understand that the benefits of the technology outweigh the costs of adoption and integration into their daily lives.” The Dev Kit coming at a price of $850 starts shipping early 2014 and the Atheer One is to come late this year at a price of $450. The countdown now begins to wait for that one moment when this unbelievable concept will finally shape its way into becoming one of the finest gadgets of the future. Happy Gadgeting!