Elgato is coming at you with a product that's bound to make your streaming life a whole lot easier—introducing the Stream Deck MK.2 creative interface: a device featuring 15 customizable LCD keys, app control, and a store filled with plugins, icons, and much more. Get ready to take your livestreaming to the next level. 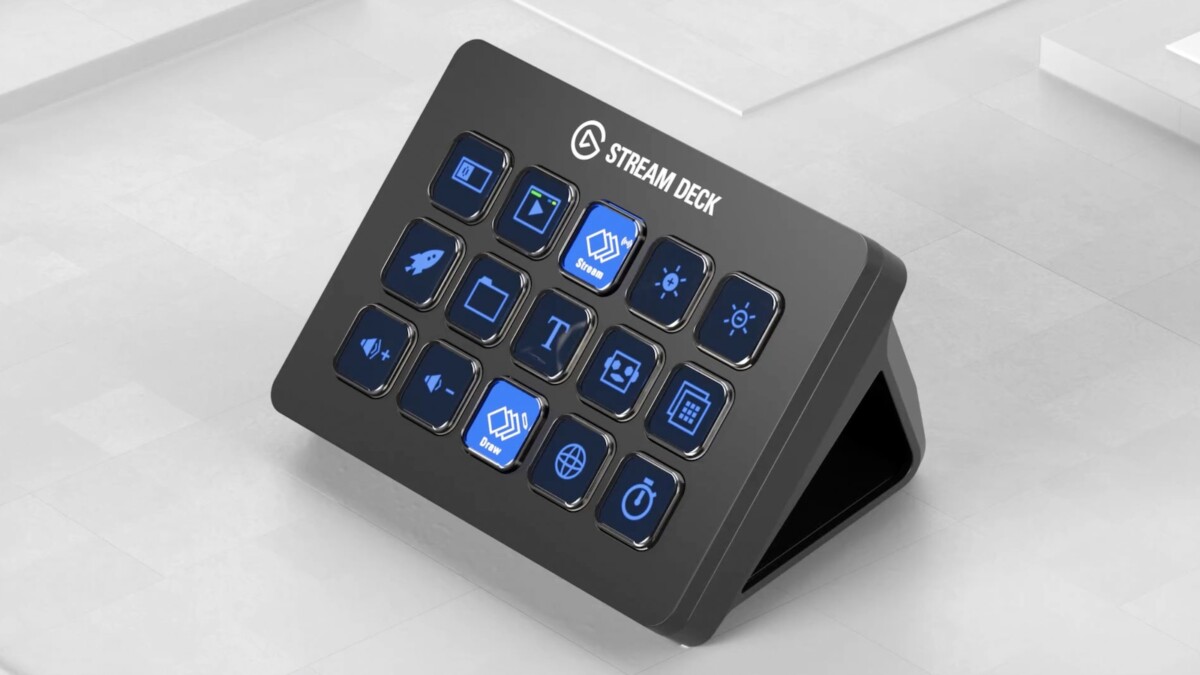 Elgato is looking to make livestreaming not only easier but more fun. The Stream Deck MK.2 is a creative interface with an arsenal of options and a heap of potential. Whether you’re broadcasting or editing, this interface allows you to control the many tools, programs, and other elements you use to stream. With 15 customizable LCD keys and a store filled with supporting plugins and accessories, you’re well on your way to upgrading your streaming life. Let’s take a look at this nifty new gadget!

The Elgato Stream Deck MK.2 has 15 LCD keys that you’re free to program to your liking. They operate with a single touch and can control apps while adjusting sound or toggling the mic. Want to turn on the lights? All it takes is a single press of a button. The interface also provides visual feedback, so you know you’re command appropriately registered.

Another set of tasks that Stream Deck MK.2 can do is trigger audio fx and onscreen video. It can detect scenes or activate intermission screens. It can launch outro graphics. The interface integrates all your tools while intelligently detecting scenes and inputs at the correct times. You can even create and trigger automation.

A critical part of livestreaming is being able to manage multiple apps and programs at one time. With Elgato’s Stream Deck MK.2 interface, you can pull in software like 4K Capture Utility, YouTube, Philips Hue, Wave Link, PowerPoint, just to name a few. There are all kinds of shortcuts you can set up to help you multitask with ease. Looking for something specific? Check out Elgato’s store and see what other plugins you can link up with.

You can customize your Stream Deck MK.2 ‘s appearance

Something that separates one streamer from the next is their personality. Individuality is an essential part of creating a personal brand, this Stream Deck MK.2 celebrates that. How, you ask? By letting you customize, not only how it works but also how it looks. You’ll notice when you see Elgato’s Stream Deck MK.2 that it can look very different from photo to photo. That’s because it has a removable faceplate that users can swap out at their leisure. There’s already a broad spectrum of designs available, and the list is only getting bigger. Icons and screensavers can be changed too. Elgato even suggests (on their website) that you can add paint and decals to further evolve your unique aesthetic. Are you feeling that creative itch yet?

Stream Deck MK.2 is supported by Elgato’s official Stream Deck store. The store is loaded with options and continues to grow each day. There are gorgeous icon packs, some of which are made by designers like Visuals By Impulse. The store currently boasts over a hundred different plugins. There’s also a myriad of resources available, from royalty-free tracks and effects to video tutorials. With so much to choose from, you’re likely to find something that suits your needs.

The MK.2 is a brilliant tool for streamers

Whether you’re a seasoned veteran or you’re just starting, Elgato’s Stream Deck MK.2 is a massive asset as you embark on your livestream journey. It’s a fantastic gadget that provides efficacious functionality while encouraging the expressionistic individuality streamers are known for. When you also factor in its robust software integration and support from the Stream Deck store, it’s clear: there’s a lot to love about this product.

The Elgato Stream Deck MK.2 creative interface is available from the official website for $149.99.