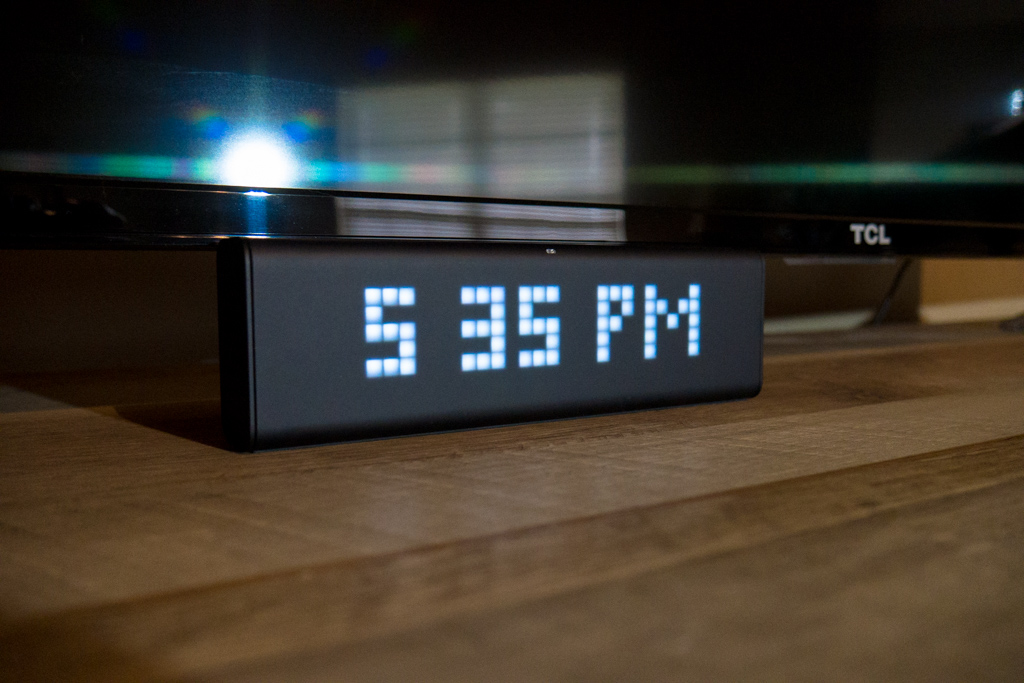 In the ever-evolving world of technology, the clock is often left by the wayside. It’s understandable with the constant presence of smartphones which can tell you the time and open you up to the entire world with just a couple of taps or swipes. But what if you just want to lay back and casually monitor your world? Smartphones require active interaction and there’s no middle ground of passive interaction…until now. The LaMetric Time is a smart clock with app compatibility for relaxed but still well-informed mindset. And people, the Time is incredible. It’s 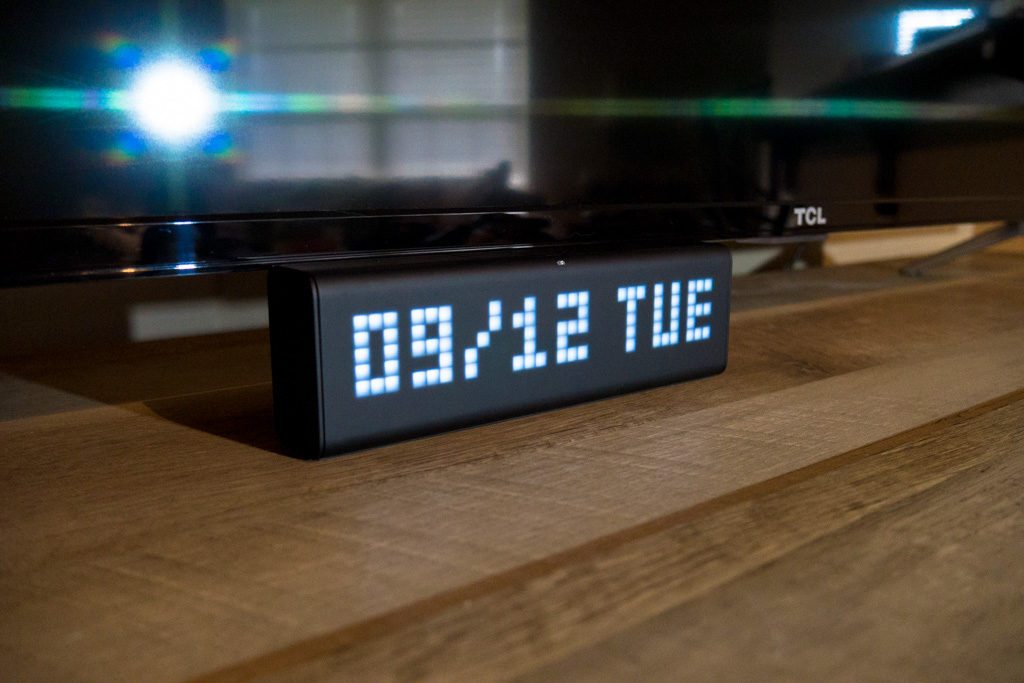 The LaMetric Time when it’s powered off is just a black brick and you’d never know the power within. No jutting buttons, no flashy bits, just a smooth surface. There are buttons but they’re flush with the rest of the LaMetric Time for a more sleek and unencumbered look.

The LaMetric Time is a #smart clock for your smart #home

On the top, there’s a left and right arrow and an action button, on the one side is volume control buttons and on the other is the power button. This may seem a bit lacking in function for a “smart” clock but I prefer the physical simplicity because you’ll be using the smartphone app for most of the more complicated stuff like adding new apps. There’s also a wireless speaker hidden behind a flush grill for playing music. 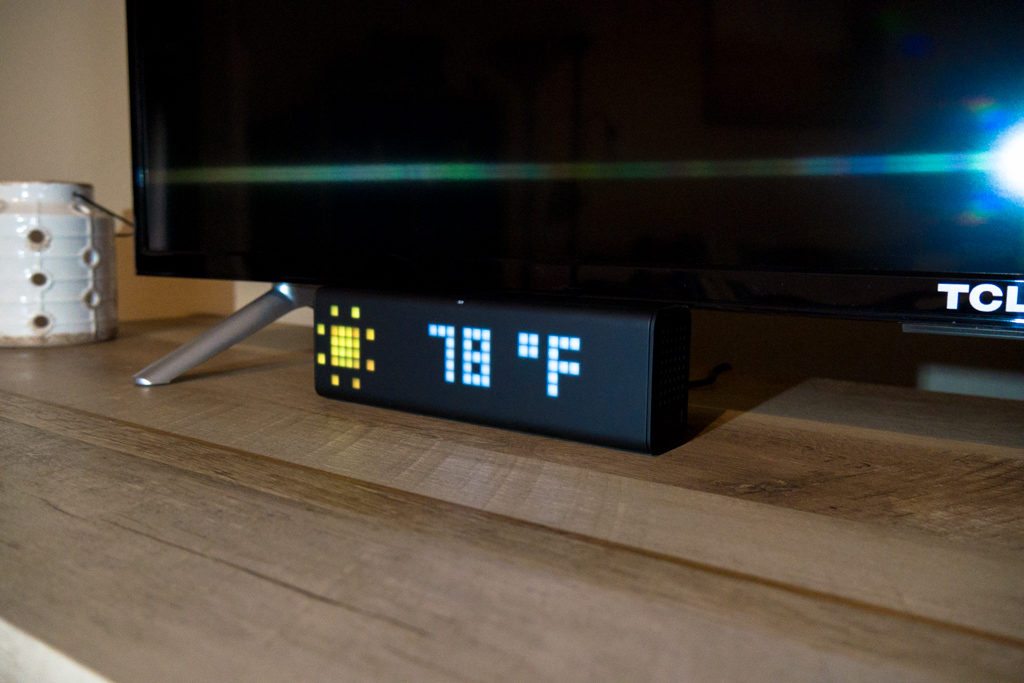 Speaking of apps, the real brains in the LaMetric Time lie within the app compatibility. Not only will the Time tell you the time and date, it can display weather conditions such as rain chance percentage or current wind speed. The clock face scrolls through this information in a specific order with specific timing.

You thought that was as smart as it gets? You thought wrong! The LaMetric Time can alert you to calendar events, emails, and even check stocks. It can interact with Philips Hue light bulbs and WeMo smart outlets with more apps such as Nest and Ring coming soon. Plus, you can run IFTTT applets which then display the resulting info on the screen. 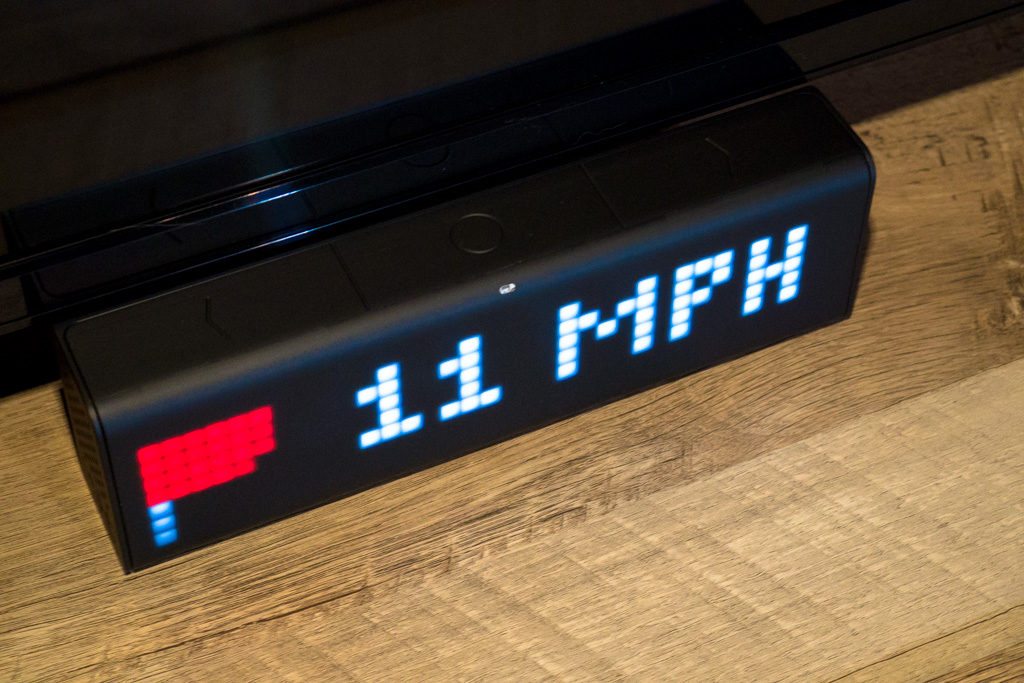 Oh, and the LaMetric Time features support for Amazon Alexa voice controls. Ask Alexa a question and the answer will be audibly given via the Time’s speaker. I’ve found it really great to just ask Alexa what the weather is on my way out the door.

With all these tools, the combinations are endless such as having the LaMetric Time alert you to when your favorite football team scores so you never miss when your team is winning! 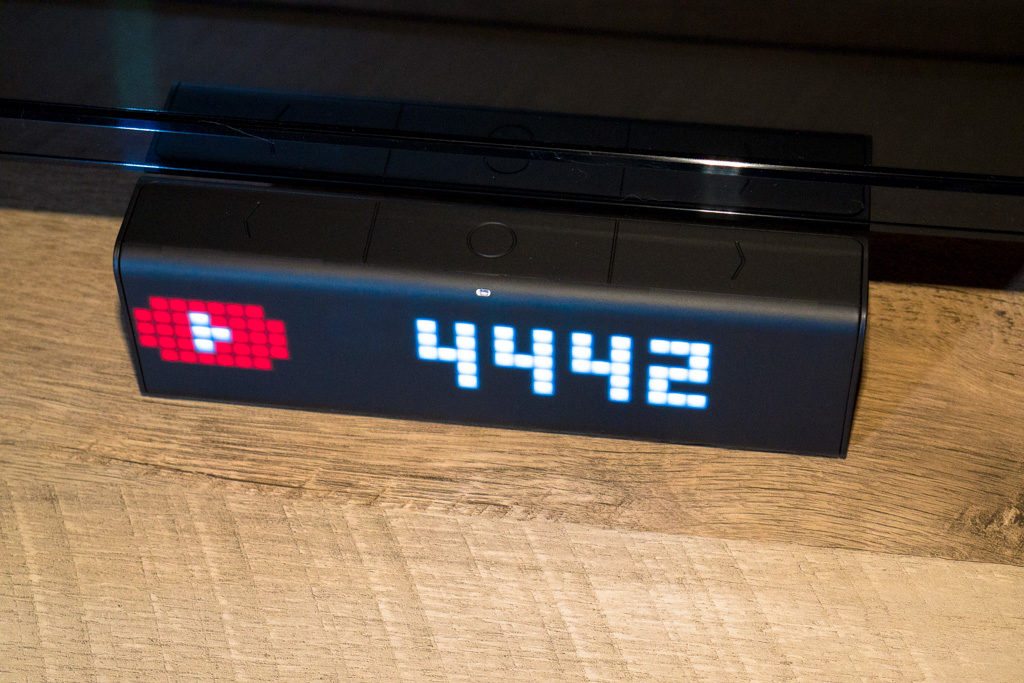 My favorite clock faces are related to social media. The LaMetric Time features apps that will keep a live count of your social media numbers. For Twitter or Instagram, it’d be your followers. For YouTube, it can be your subscriber count or the video count for a specific video. For Facebook page, it’ll update the like count in real time.

The LaMetric Time is a well built smart clock with incredible functionality. It’s compact, sleek, super intelligent, and will have no problem fitting in with your existing decor.

Some new color options would be welcome, maybe just a white version for an even more clean look.