AVC is the simple solution to a noisy washing machine

Shuddering, rattling, wobbling — most washing machines will suffer from at least one of these afflictions at some point. AVC helps you control the vibrations, quieting your noisy washing machine. 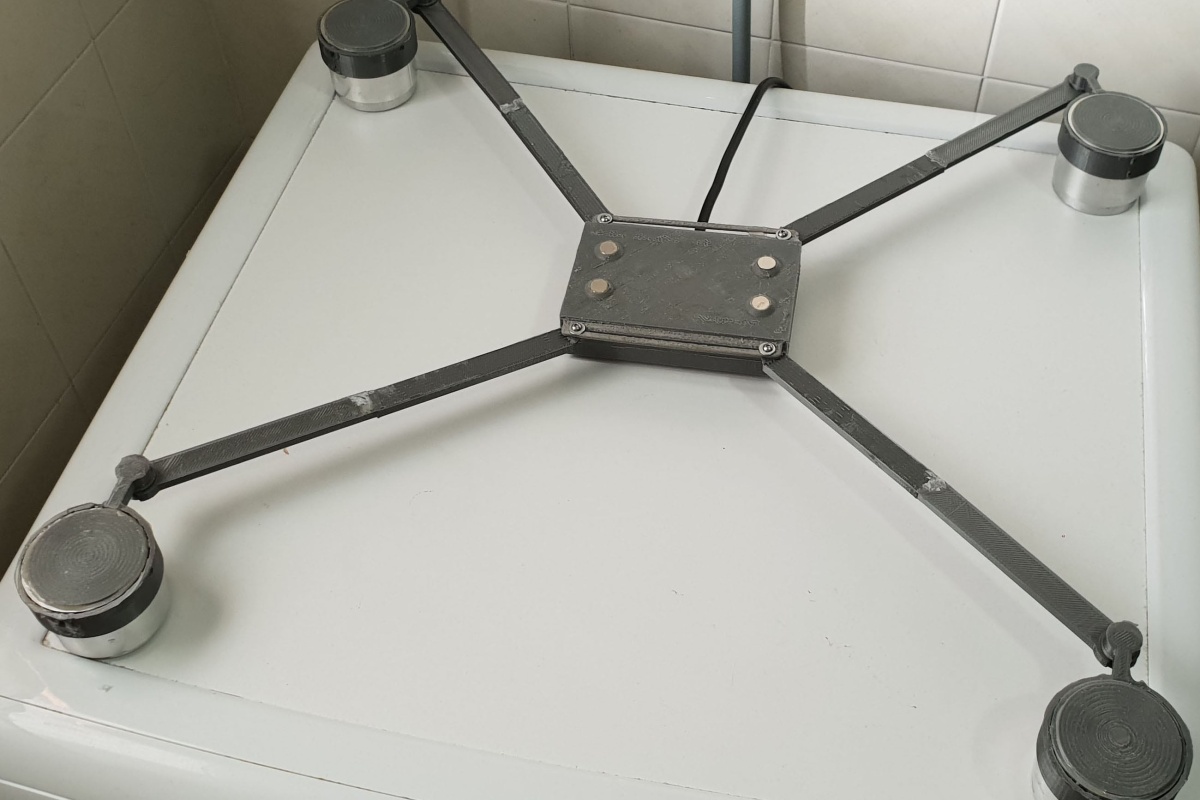 When you think about it, your washing machine performs incredible feats with relatively little fuss. The drum spins at thousands of revolutions every minute, propelling a load that weighs several pounds when wet.

It is almost inevitable that such a violent action will produce some shaking. But that doesn’t make the sound any less annoying. AVC helps you calm your noisy washing machine by absorbing the vibrations. As a consequence, the rattling noise is reduced and your machine can run more efficiently.

What is active vibration control?

AVC actually stands for active vibration control. It’s a term coined by Elmac, the company that has designed this ingenious device.

It works much like the shock absorbers on a mountain bike. Just as those components soak up the bumps as you hurtle down a hill, AVC reduces the vibrations of your machine. 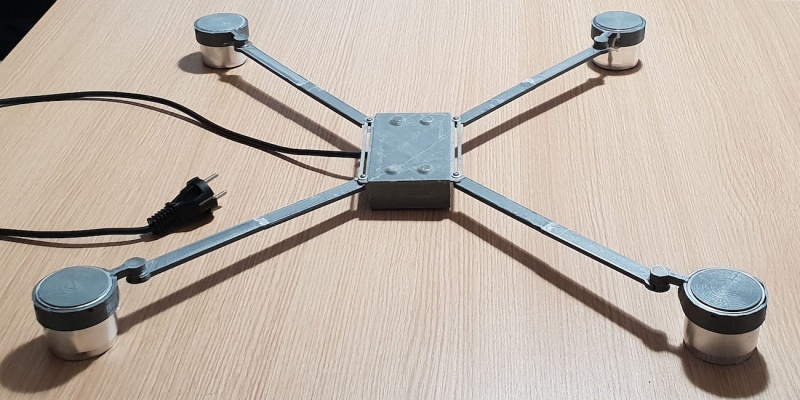 As the drum of your washing machine begins to spin, AVC adjusts rapidly to reduce the vibrations of your machine. In turn, this reduces the amount of rattling going on. Not only will your machine be quieter — you’re left with the sound of the motor — but it will also be more energy efficient. 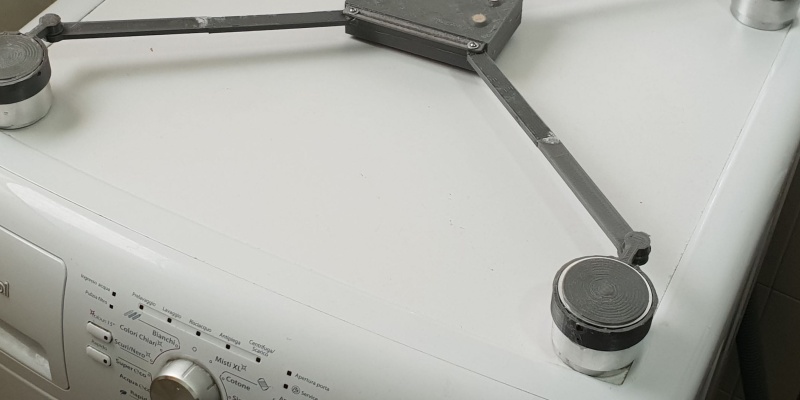 Furthermore, AVC should preserve the components inside your washing machine. Rather than being shaken to death, they should continue providing good service for many years to come. 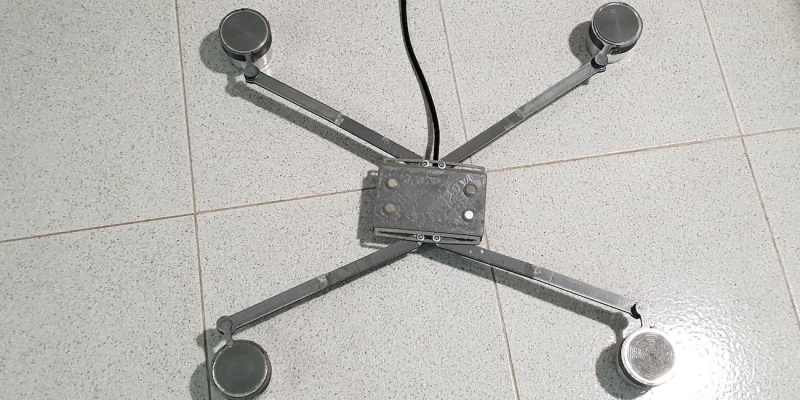 AVC acts as a stabilizing stand for your washing machine

Setting AVC to work is surprisingly simple. The device slips underneath your machine and clings to the underside using powerful magnets. 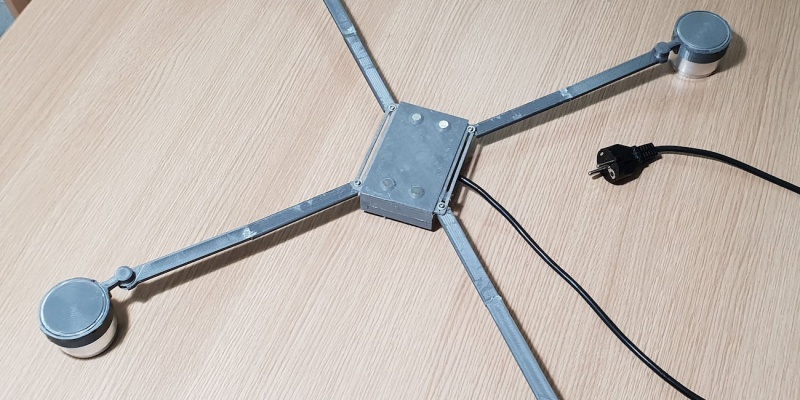 The feet of AVC help to absorb the vibrations

The four-sided frame is supported by four feet. These are the “shock absorbers,” which adjust rapidly to keep your machine level and reduce lateral movement. It works with all kinds of washing machine, including top-loading models. 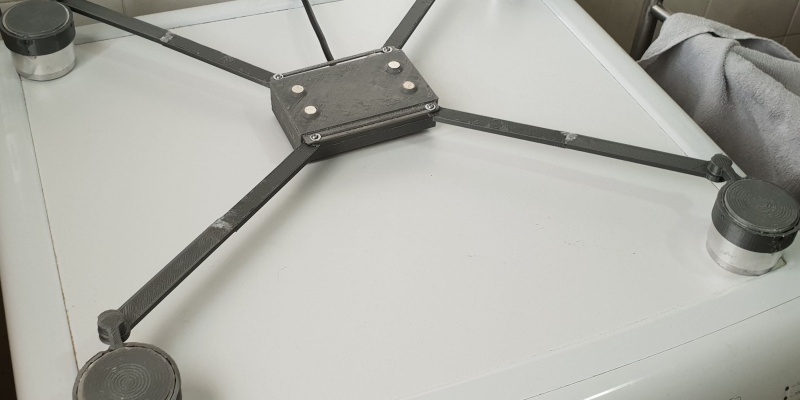 AVC springs into action as soon as your machine starts vibrating. After five minutes of inactivity, the device goes to sleep automatically to save power. 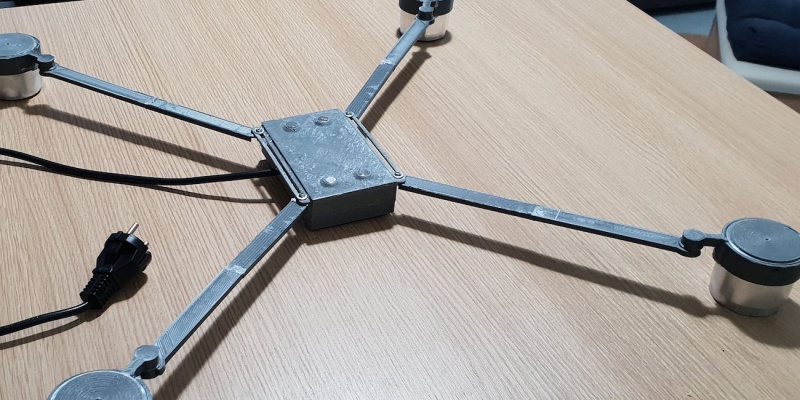 You can use AVC on pretty much any surface

This smart stabilizer even works on wooden beam floors. The feet can lengthen and shorten at the necessary speed to counteract any kind of oscillation.

“Thanks to our patented system you can dramatically reduce all the vibrations of your washing machine (old or new). You can finally transform your washing machine, making it very quiet, even in the presence of unbalanced loads.” — Elmac on Kickstarter

The latest washing machines are very good at dampening their own vibrations. However, for those of us with older machines, AVC provides some much needed respite from the shake, rattle and roll.

AVC actually has Bluetooth built in, but the companion smartphone apps are still under development. We are hoping these might provide some useful extra features.