After seeing levitating speakers and interesting heads-up displays for cars take away the crown of glory last month, it’s only natural to crave for more unbelievable stuff coming from the tech world as time moves by. Crazy concepts that do have a potential of turning our mundane lives into something more futuristic and highly automated has always been our favorites. Be it solar powered benches or astounding virtual reality enhancers, September had a lot coming in from both big tech stars as well as newly built startups. Like always, this tech updates roundup is targeted towards presenting some of those innovations that seemed out-of-the-box and were popular too among those who brew tech day in and day out. We hope you enjoy the ride of going through these technologies.

Presenting 15 innovations we thought were cooler than the rest in terms of their popularity as well as the unique features and functionalities they offer.

iPhone 6 and iPhone 6 Plus – Biggest Displays from iPhone Series 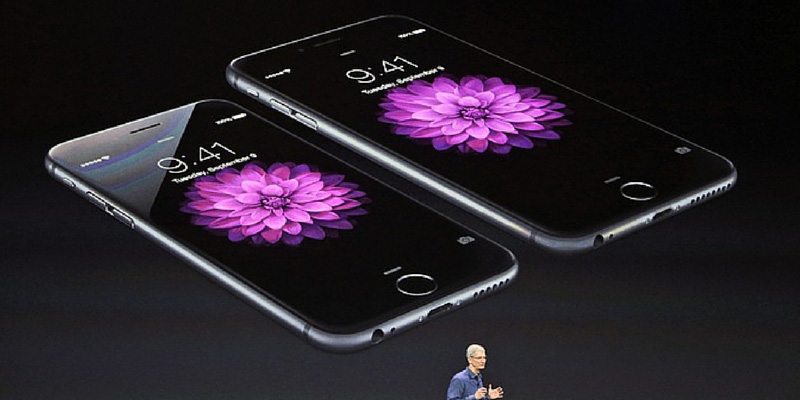 The beginning of this month was totally an iPhone era which started with crazy rumors of the new iPhone being transparent and curved but what came eventually was definitely within expectation. The new iPhone 6 comes in two versions with the iPhone 6 Plus (5.5 inches) being the first phablet from Apple that can be a strong competition to the rest of the smartphone brands we’ve seen around. This time the target was in introducing a set that is the thinnest and the largest among the entire iPhone series. As Apple rightly says, it’s not just a bigger phone but better in every which way. 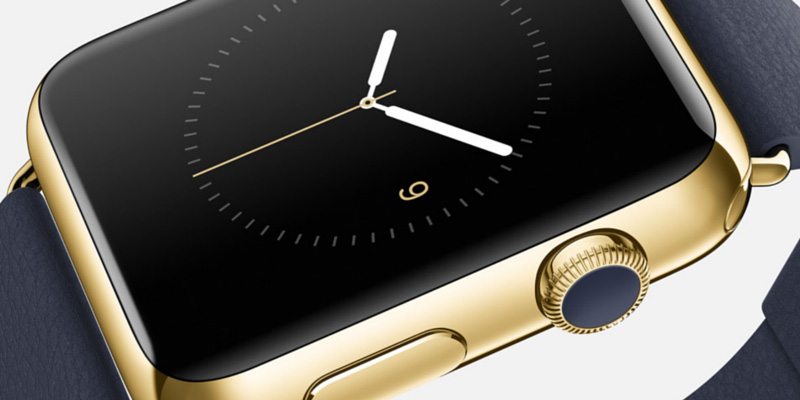 Introduced as the first wearable from Apple, the Apple Watch has been pretty much in news right from the time of its launch and has gained a lot more attention than the iPhone 6. The beauty of this much awaited smartwatch lies in its design which is way cooler and stylish than its competitors. There are three distinct collections to choose from which come embedded with powerful technologies that can be easily worn on the wrist. Most importantly, it’s a smart timepiece coming from Apple! 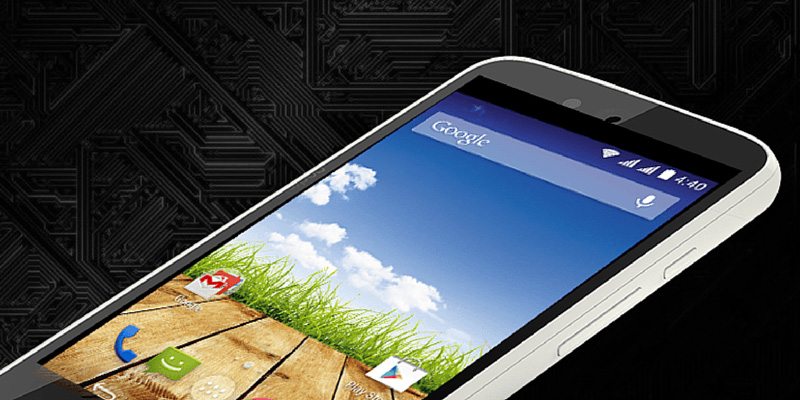 While Apple is more concentrated on the luxurious side of consumers, Google wants to take over those untouched smartphone markets that are simply losing on the experience because of the high-end phones not being affordable as compared to the average income. They want to bring the useful features of a smartphone in the hands of all those who are still prone to using voice calls and have no idea of smartphone navigation and other features this technology comes with. Android One is indeed a $105 smartphone that can increase smartphone penetration in countries such as India where there’s a lot of potential for growth. The biggest plus point being the fact that these phones are not only affordable but loaded with tons of high-quality features too. 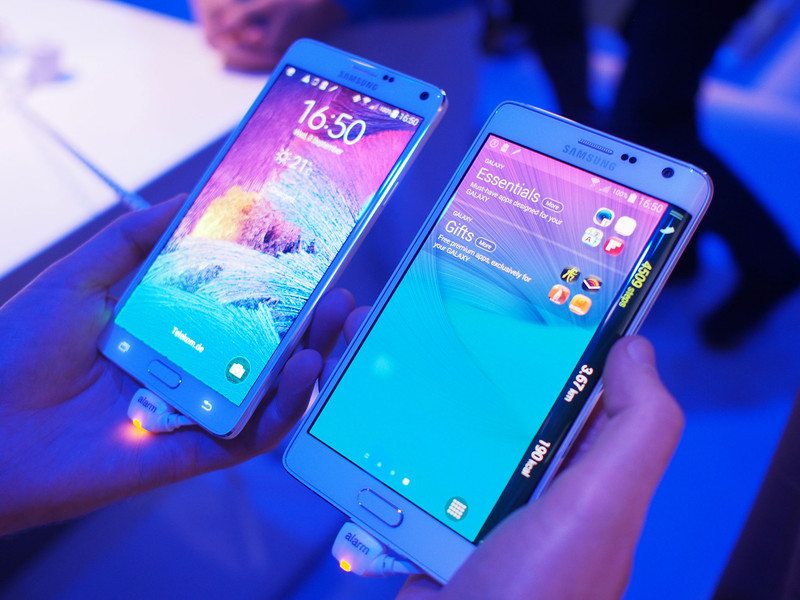 This may look weird on the first glance but Samsung Galaxy Note Edge does call for a bit of change in how you presume your smartphone’s look to be. The purpose is to bring a curved extension to your phone screen thus saving on the home screen space and making it look less cluttered with the app icons taking away the background look and feel. While this maybe a bit different in terms of the overall look and appearance but from the features and the new edgy screen, it only seems that this change is for the better.

Coolest Cooler is Truly an Invention of the 21st Century 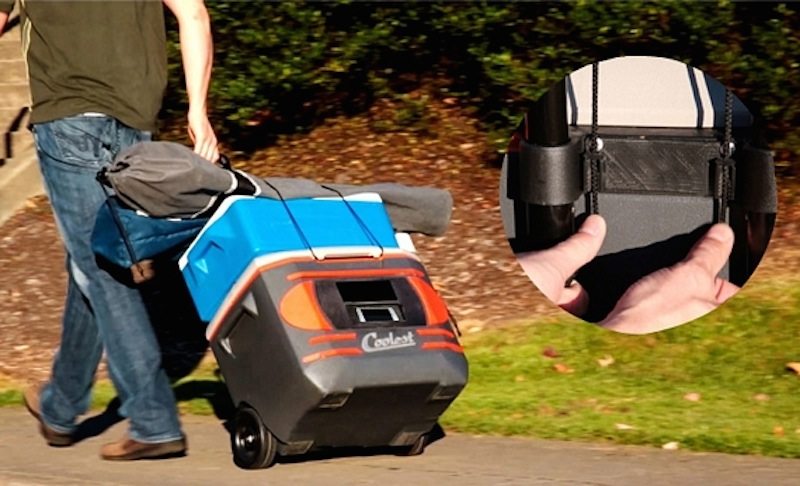 Being a great invention for campers and outdoor party goers, the Coolest Cooler has not only surpassed its goal on Kickstarter but literally smashed it with being the most funded Kickstarter campaign till date. What makes this cooler special is the fact that this is not a cooler alone. Together with the cooling functionalities, it accompanies a rechargeable blender, USB charger, Bluetooth speaker, bottle opener and a lot more. Everything a camper might want to carry when packing up for a trip is now available in one single device which is both portable and durable too. That’s why it’s probably the “Coolest Cooler” in town. 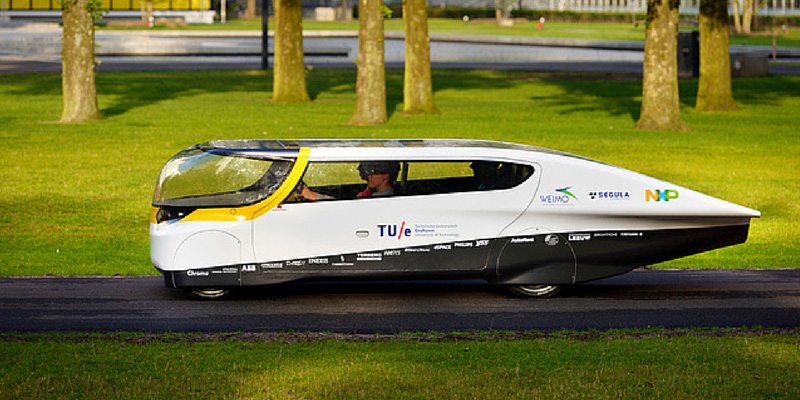 Having won the World Solar Challenge and the Michelin Cruiser Class for completing a 3,000 kilometer journey from Darwin to Adelaide in Australia last fall, Stella is a spectacular innovation in the world of solar powered vehicles that is family sized. While there are other solar powered cars made for racing, Stella is for road travel. It bears a large solar panel atop the roof to power the car up to 500 miles on a single charge. A solar powered car for your family. 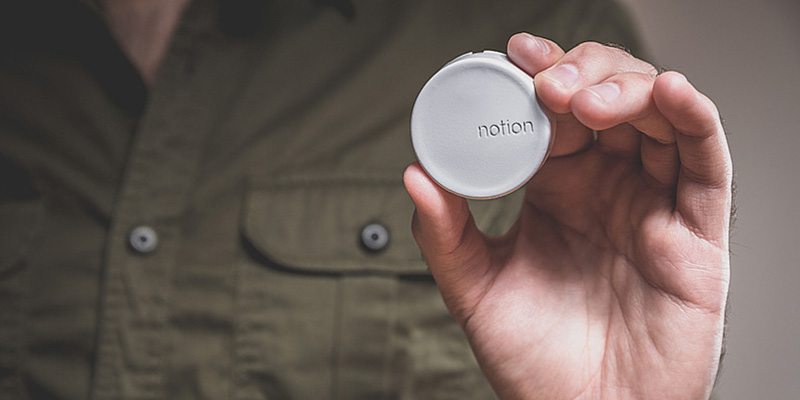 Paired with a central Hub and the corresponding mobile app, the Notion sensor can detect 8 customized actions which are more intuitive and detailed than the ones we’ve seen till date. These could be facts as detailed as how full a propane tank is, when your child returns from school, the second there is a water leak, if a gun safe has been accessed and much more. You can easily attach them anywhere in the house by simply peeling off non-harmful adhesive and pressing firmly. Smart home intelligence redefined with supercool functionalities.

Misfit Flash is for the Sportsperson in You 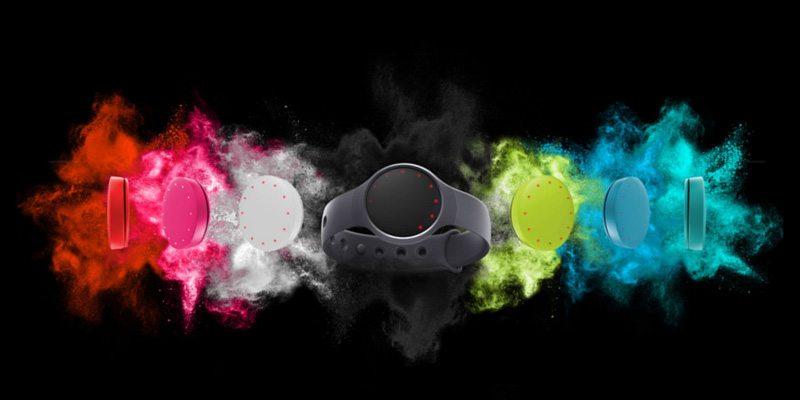 It’s a sleek designed sporty tracker you can use to track your sports activity and sleep in a very simple way together with the mobile app. The tracker is available in a variety of bright colors with the dial showing a halo of lights when pressed indicating your progress level. It never requires charging and is made of soft materials so that you don’t feel any stress or pressure when wearing it on your wrists. 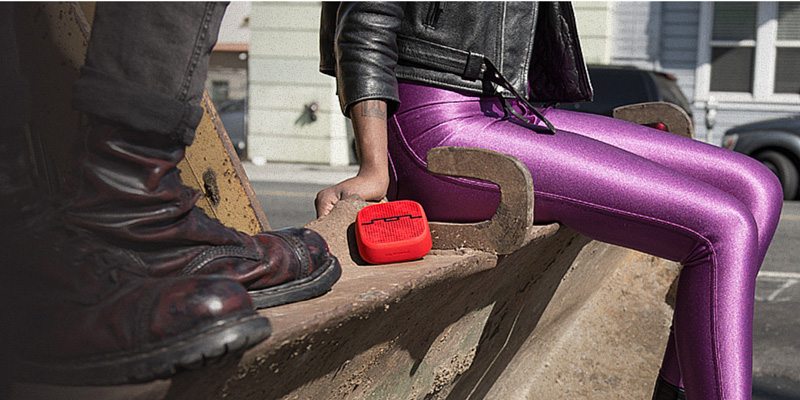 A rugged speaker that’s built to bring your music in a ferociously loud tone anywhere and everywhere. It’s water, shock and dust resistant which is why you can carry this tiny, powerful speaker in your bag and anywhere up the mountains or in the water, whichever is your style of preference. With 8 hours of battery life at a time, PUNK is surely not going to let you feel away from your music during the day. As told on the site, “Connect it to your home or car stereo via the 3.5mm jack and it becomes your Bluetooth hub, enabling you to control any stereo wirelessly from up to 60 feet away.”

Talko Makes Your Use Your Voice in the Best Way Possible 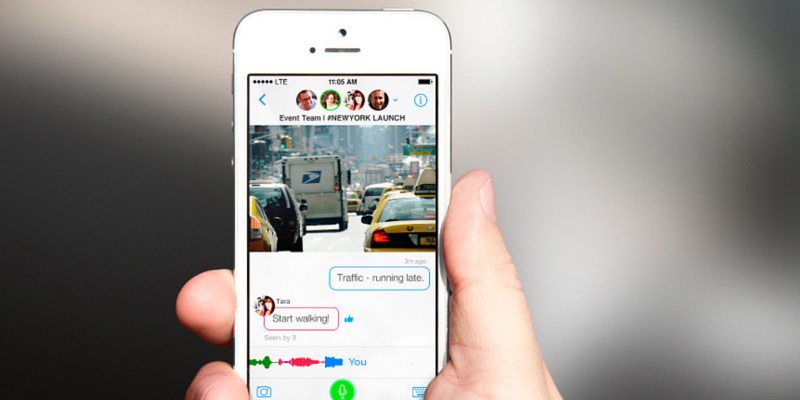 From using your voice to take pictures and share immediately during calls to organizing your data with bookmarks and hashtags, Talko helps you use your voice in managing all your digital needs during calls. Voice is a natural way to connect and communicate and Talko app makes sure you use it effectively throughout your phone-inspired day. Starting with the iOS app, this can make team collaboration easy and hassle-free over phone. 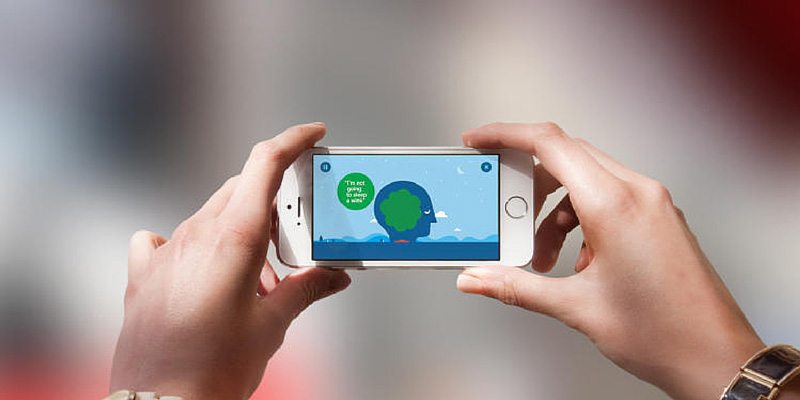 Coming from Peter Hames, who is the CEO of health care company Big Health and has a background in experimental psychology, Sleepio is a clinically-proven sleep improvement program that can help you conquer insomnia without pills or potions. The app models a central character, the Prof, on Espie who gives step-by-step directions to set users’ bodies back on course to healthier sleep. After undergoing testings, it has been found that with Sleepio, you can fall asleep up to 50% faster, reduce time awake at night by up to 60% and boost daytime energy by up to 50%. An app sleep deprived individuals must download. 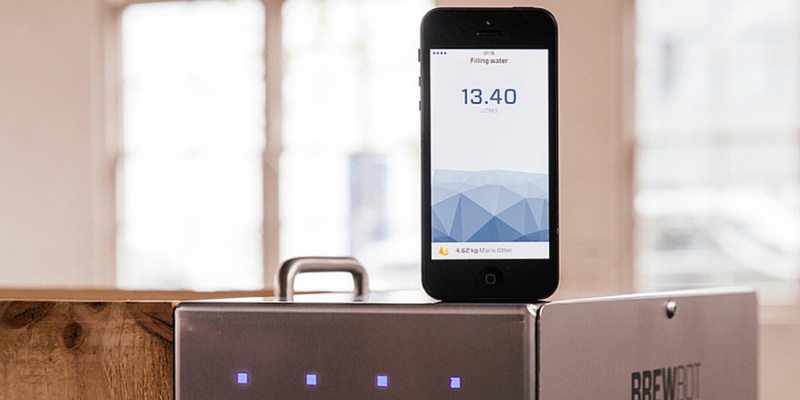 A great beer begins with the ingredients; water, malt, hops and, yeast. Brewbot just makes this process of combining ingredients and helping you brew your favorite beer using simple instructions from your smartphone. It gives you intuitive details on how your beer is brewing and the progress standards thus helping you keep a track of the process along the way. Even if you’ve never brewed beer in your life, Brewbot is made for you. It’s just a machine that wants to bring beer brewing for everyone, both amateurs and professionals. 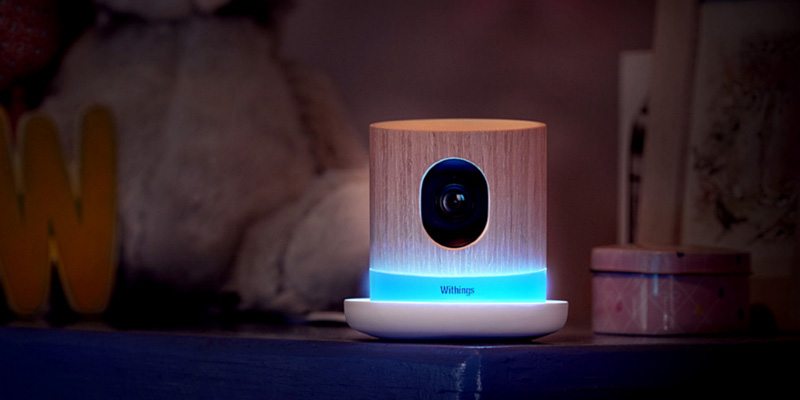 The purpose of Withings Home is to enable you to stay connected with your near and dear ones even when you’re away from home. It’s loaded with an elegant HD camera having environmental sensors that can help you constantly monitor your indoors even when you’re travelling. From checking your family and kids to even your pet’s activities, Withings’ Home will not let you miss out on any family moment. That’s why this is called “Home” and not just another visual surveillance camera for your indoors.

TouchPico Turns Any Surface into a Touchscreen

They have literally smashed their goal on Indiegogo and is a beautiful combination of a desktop, mobile device and projector. The multi-touch interface upgrade will allow you to use 2 styluses at once. It fits smartly in your pocket and can make presentations happen anywhere on the go with the possibility of creating a touchscreen surface on any flat surface you see around. A new age projector that revolutionizes the concept of touchscreen altogether.

RogerVoice is the First Mobile App for the Deaf 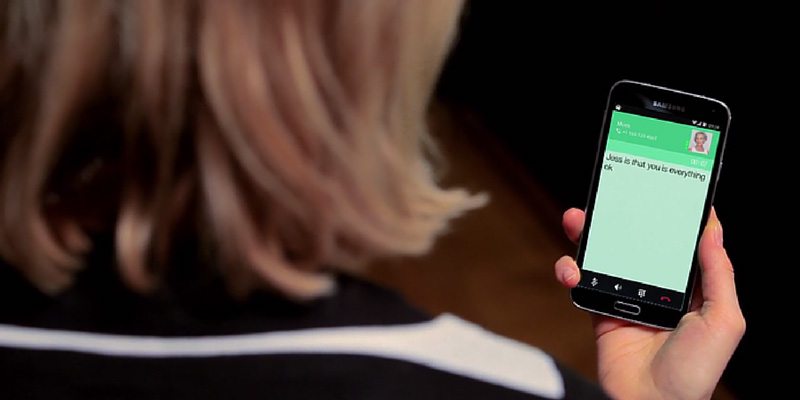 Making the concept of taking calls a breeze for those who have hearing disabilities a breeze, RogerVoice is an out of the box mobile app on Kickstarter today. By simply installing the app on your smartphone or tablet and then making a call using the application, you can receive instant live text transcriptions, letting you read what your correspondent says. Combat your isolation from the world of phone communication once and for all.

Phew! That was a lot to take in from the world of tech in one month. Hope this progress continues forever. Till the time we come back again with the tech scoops of October, Happy Gadgeting!