Are helicopters really the future of transportation?

We may not have viable flying cars just yet, but brands are itching to change the way we travel. Since Uber’s helicopter taxi was announced at CES 2019, it’s become clear the future of transportation is in the skies. 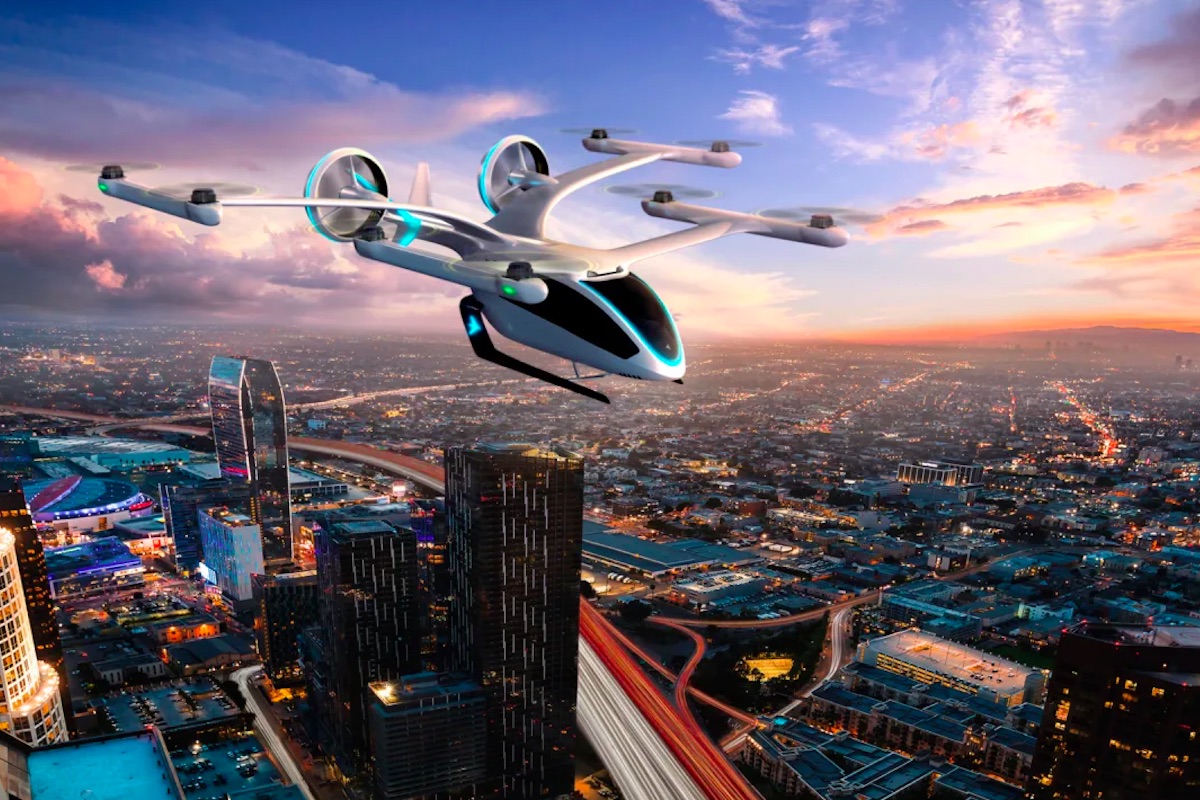 When we imagine the future of transportation, our minds typically go all sci-fi to the idea of cars flying high above the ground through futuristic highways built in the skies.

While we’re not quite there (yet), there are plenty of ways to get around that don’t involve a car. Although the helicopter was invented the 1930s, its applications are extending beyond the military and into convenience.

When Uber displayed a whole new world of transportation with Uber Air, it seemed like this method of transportation would finally enter the commercial zone. However, the futuristic design isn’t yet practical for the present generation. Using an app to call these electric vertical takeoff and landing (eVTOL) crafts is going to take some time to become a reality. This is precisely why Uber launched a concept that’s simple and achievable. 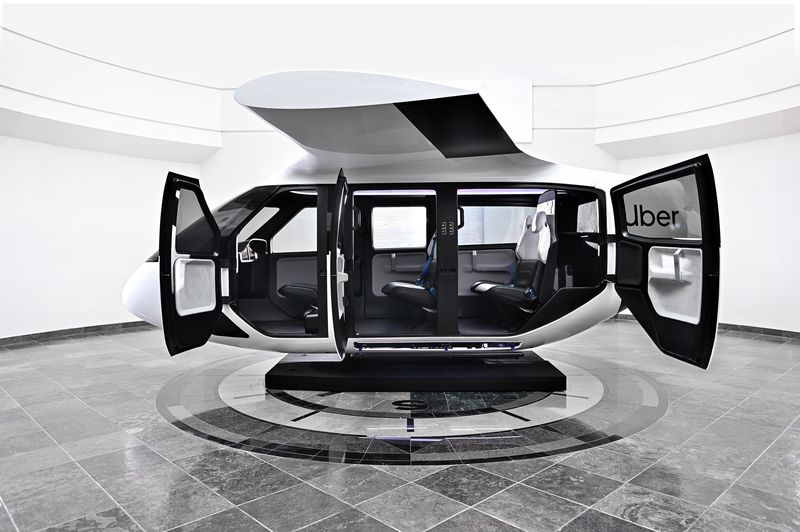 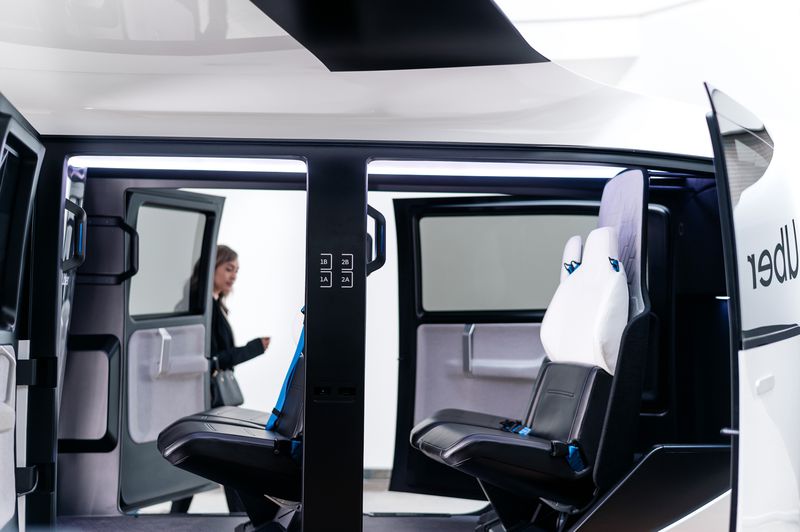 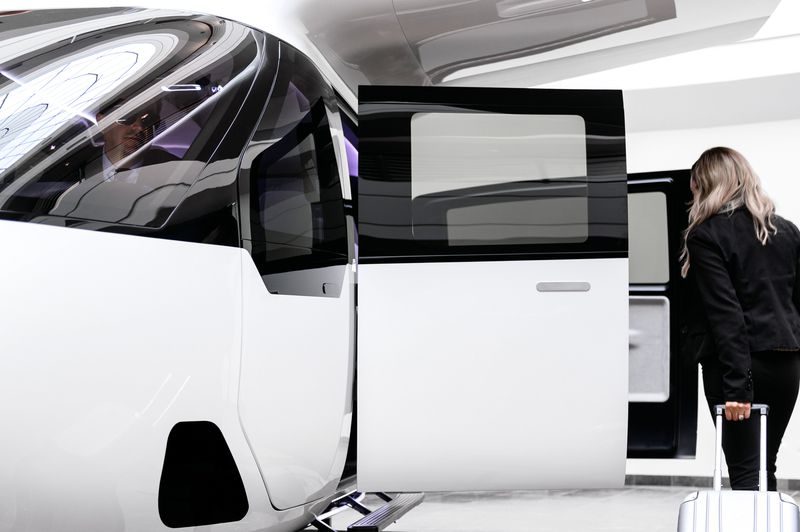 Launching on July 9, the Uber Copter service is a helicopter shuttle service between lower Manhattan and JFK airport in New York City. Operated by a provider called Heliflite, these copters will allow Uber’s top-tier Platinum and Gold members to share rides in the sky, starting from a price range of $200-$225. But, BLADE, a bookable luxury aviation brand, has been doing it for quite some time. Whether or not Uber can bring this service down to the average consumer is still up for debate.

Coming back to the Uber Elevate program, which is all about transforming the world of transportation, it’s actually has a decent reference design made in partnership with a company called Safran Cabin. These eVTOL [electric vertical take-off and landing] vehicles come with four passenger seats. With two per row, there’s extra space for storing luggage behind the second row. Designed primarily for short rides, Uber Air isn’t supposed to be fancy or put riders into a sci-fi scene. Though it’s not a highly futuristic design, it’s somewhere close to make flying cars a reality.

Are these helicopters going to be safe?

Considering the helicopter crash at Manhattan that happened recently, it’s still unclear how safe these new helicopter taxi services will be. Uber plans to ensure safety by following all safety standards and also by choosing to work with the most reputable provider in safety records, Heliflite. “For us, it underscores the need to make safety the absolute bedrock of everything we do,” Eric Allison, Uber’s head of Elevate, told CNN Business.

That said, helicopter services aren’t just limited to Earth. They’re also in space. NASA’s Mars Helicopter is supposed to be an integral part of the Mars 2020 rover mission and is entering the final phase of testing.

As told by MiMi Aung, project manager for the Mars Helicopter at NASA’s Jet Propulsion Laboratory in Pasadena, California:

Nobody’s built a Mars Helicopter before, so we are continuously entering new territory. Our flight model — the actual vehicle that will travel to Mars — has recently passed several important tests.

The purpose of the Mars Helicopter is to check the potential of heavier-than-air vehicles on the Red Planet. Given the issues we are already facing on earth to make helicopters more common in our everyday lives, this program by NASA clearly takes the future of transportation one step further.

Whether or not Uber or BLADE or any other company makes helicopter transportation a convenient reality in the near future is still unknown. But, each step forward is an advance in innovation, bringing us closer to the future of transportation.

Madhurima Nag is the Head of Social Media at Gadget Flow. She side-hustles as a digital marketing lecturer/speaker and loves to voice her opinion on marketing, crowdfunding and gadgets (of course!) in general.
1
Join the Discussion
Latest Blog Posts