10 technologies that make Dubai the smart city of the future

They have the tallest building in the world and are planning to 3D-print 25% of their buildings by 2030. Dubai is also fostering the growth of AI technology. From drone taxis to Martian living hubs, this is one smart city. 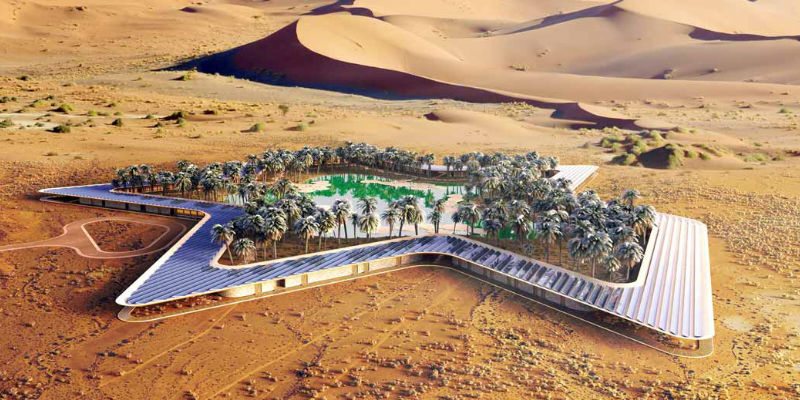 When it comes to using technology on a mass scale, the city of Dubai has always stood out as a gleaming example of innovation. It’s as if an entire sci-fi movie has come to life in one urban area. Leaving aside the phenomenal architecture that has always made this city the king of the Middle East, it’s Dubai’s recent adoption of cutting-edge technology which has been making headlines in recent times. From drone taxis to firefighters with jetpacks — you name the technology and the people of Dubai will already have incorporated it into their daily life.

Earlier this year, when smart cities were being discussed at CES 2018, it seemed as if the rest of the world was lagging behind Dubai in terms of accepting new technologies. This, in part, is down to a feeling of hesitancy. People are often cautious of new technology, but Dubai is committed to pushing forward.

Dubai is leading the cities of the world by taking a big leap in the adoption of artificial intelligence to serve humanity, and [to] establish a global model of the city of the future as we aim to become the world’s largest laboratory for technology, and research and development (R&D).

Whether the residents of Dubai are ready to live in a smart city of the future depends on how successfully the technologies are implemented. But for now, let’s take a look at all the current projects that make Dubai a tech lover’s paradise!

The Abu Dhabi–Dubai route has become the focal point for Hyperloop developers. This project aims to help you travel between the two destinations in just 12 minutes. It’s also considered to be the first ever operational Hyperloop route. The 139-km (86-mi) journey takes around one and a half hours right now — so the Hyperloop is going to make a massive difference. 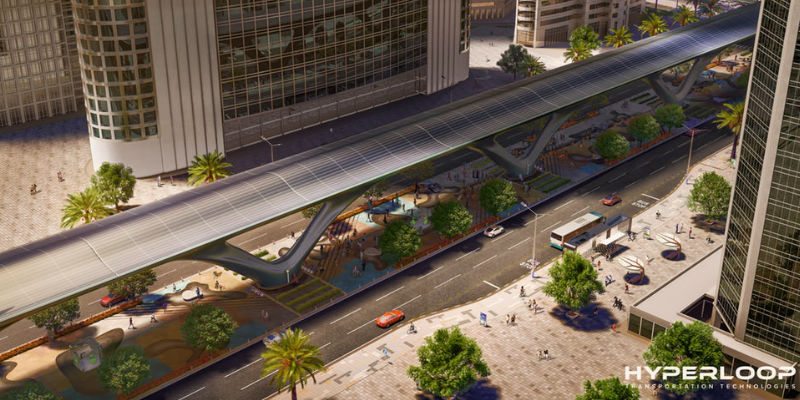 Dubai gets ready for the Red Planet with this Martian city in the Emirati desert. It will house 600,000 people and it is the start of an epic 100-year Mars colonization plan from the UAE government. 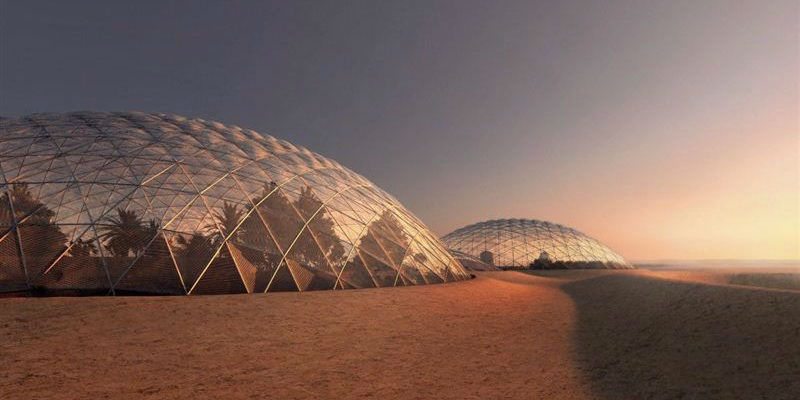 Martian city in the Emirati desert

Yes, we might have seen them in movies, but Dubai implements them in their regular life to speed up emergency procedures. Firefighters with jetpacks can avoid the traffic in the city and turn up at the emergency scene earlier than expected. The Dolphin device has a jet ski along with a jetpack and firehose. This allows the firefighter to use the city’s waterways to put out fires.

What makes Dubai a truly smart city is the all-encompassing nature of their plans. On the one hand, we see jetpacks and drones, but green technology is also a focal point. Take this 2020 resort project as an example. It will be the world’s greenest eco-resort, situated in Liwa, in the south of the UAE. The project aims to build a resort around a natural spring and utilize many green technologies. In fact, the surrounding solar roof is what makes this project stand out.

Liwa’s resort is not the only green technology in the works. Dubai’s mega solar park will make the city an eco-friendly powerhouse for decades to come. The park should generate 5,000 megawatts by 2030, after construction is completed. Additionally, there will be a 260-meter (853-foot) solar tower at the center of it. It’s possibly going to be the tallest solar tower in the world. 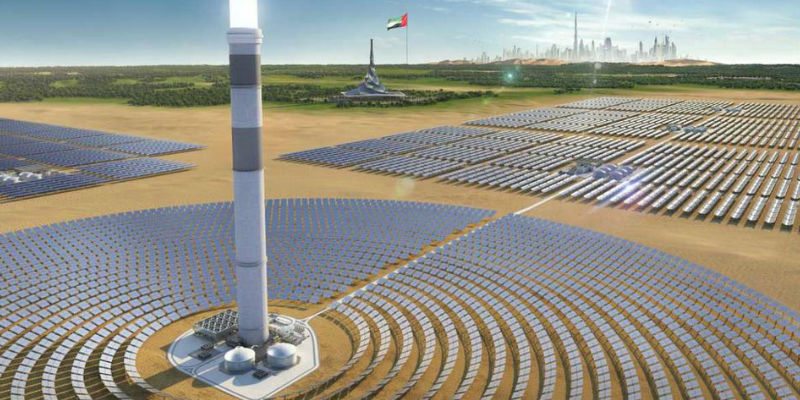 Transportation has seen a lot of innovation in the last few years. But Dubai takes it one step further with its autonomous air taxi concept. The two-seater works without a pilot, and it is also environmentally friendly. HE Mattar Al Tayer, Director General, and Chairman of the Board of Executive Directors of the RTA said:

The Autonomous Air Taxi has a variety of unique features that include top security and safety standards, and multiple redundancies in all critical components such as propellers, motors, power source, electronics and flight controls. It is also fitted with optional emergency parachutes, nine independent battery systems, and a battery quick-charge and plug-in system, which takes two hours to reach full charge in the prototype version, a time that will be significantly reduced in the production version.

Yes, you heard that right. While the rest of the world is still testing package delivery, Dubai and Costa Coffee are taking it three steps further with iced coffee delivery on the beach. Shemaine Jones, head of marketing at Costa Coffee UAE said:

Dubai is known for leading the way with innovative technology, and drones are the next frontier for instant delivery. Our customers told us they’d love to have their favourite drinks dropped off by drones, so we’re super excited to have successfully tested this service, enabling beach-goers to enjoy ice cold beverages without leaving the comfort of their sun loungers.

This bot will be patrolling the busy areas of the city and keeping an eye on criminals to help the Dubai police force. Robocop is an experiment launched by the government which, if successful, will amount to 25 percent of Dubai’s patrolling force by 2030. Brigadier Khalid Nasser Al Razooqi, director general of the Smart Services Department at Dubai Police has confirmed:

These kind of robots can work 24/7. They won’t ask you for leave, sick leave or maternity leave. It can work around the clock.

You’ll be surprised to know that these police cars are autonomous and can launch drones when they spot a criminal. As a part of their technology-aided police force, Dubai wants to put these cars on the streets for better and smarter surveillance. They are made by OTSAW Digital. 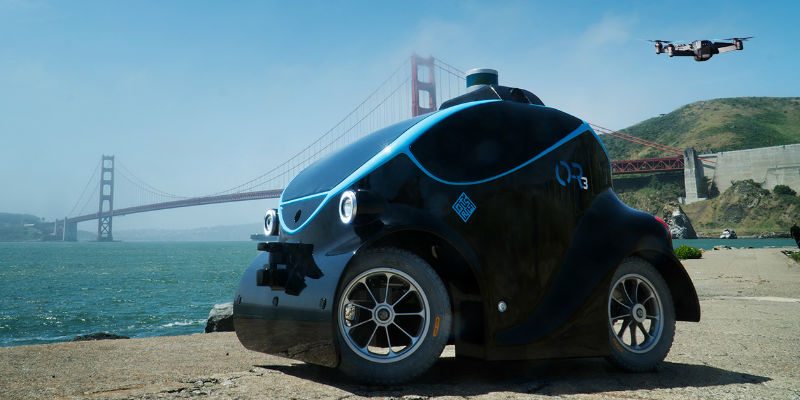 This might sound weird at first but Dubai wants to create a hotel with a built-in rainforest. Yes, they’ve got the tallest building and floating restaurants and underwater hotels, but the Rosemont Hotel & Residences will be a 75,000-square-foot rainforest with a beach, splash pool, stream, and adventure trails. Now that’s technology! Here we are trying to live a green life in our homes with smart gardens, and Dubai wants to build a tropical climate inside a hotel. 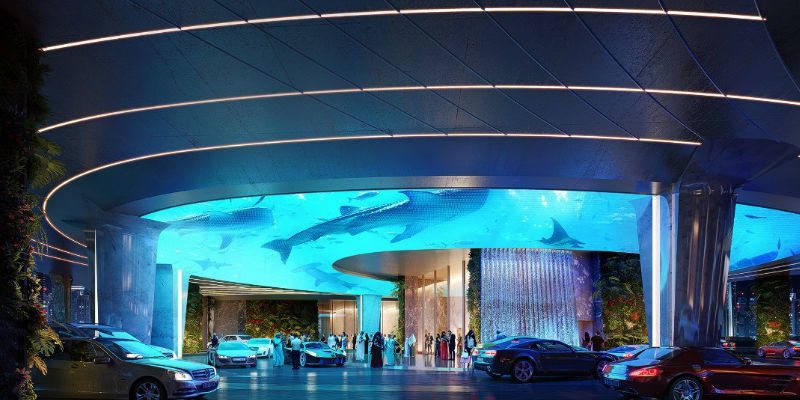 With their space-age architecture and technology initiatives, Dubai seems to be running at a faster pace in grasping the power of technology in their everyday life. But, are they moving too fast, or do we need to catch up?