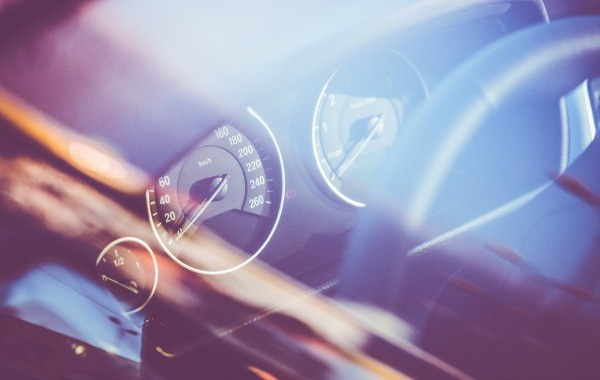 We carry a wealth of technology and information in our pockets or on our person in the form of cell phones, smart watches and other infinitely connectable devices. When it comes to cars and motorcycles, however, they have pretty much remained a low-tech device designed to carry you safely and efficiently from point A to point B.

BMW recently premiered a couple of new tech options that will be available, bringing vehicles—whether it be a car or a motorcycle — out of the past and into the modern age.

With a Wave of Your Hand

There’s nothing more awkward, or sometimes dangerous, than having to reach over to change your radio station, make a phone call or adjust your car’s temperature — especially if you’re trying to navigate heavy traffic or difficult driving conditions. BMW has just effectively eliminated the need for these awkward interludes with Air Kiss gesture controls.

These gesture controls are in their infancy in terms of how detailed the commands can be, but they are still incredibly useful. For example, instead of physically answering a call, you can swipe your palm to the right to answer using the car’s built in Bluetooth functionality. Twirling your fingers can raise or lower the volume, as needed.

The Air Touch system that was introduced at CES 2016 also includes a physical confirmation button that sits conveniently on the steering wheel to make sure your random gestures aren’t triggering anything they aren’t supposed to.

The fantastic thing about these new advances in gesture control is that while they were created with convenience in mind, they can also contribute to driver safety as well. No longer will drivers be distracted from the road while they hunt for the perfect radio station or punch buttons on the climate controls. Instead, they will be able to do all of these things and more with the swipe of a hand or the twirl of a finger.

What words would you normally associate with a motorcycle helmet? Safety? Survivability? Annoyance? Any way you look at it, high-tech is not normally associated with motorcycle safety devices. BMW is hoping to change this, and at the same time improve driver safety for those who take to the open road on two wheels instead of four.

Also showcased at CES 2016, BMW now has a high-tech motorcycle helmet with a heads up display that transmits important information, such as speed, gear and upcoming road hazards, directly to the driver — without the driver having to ever take their eyes off the road.

When paired with a motorcycle, the helmet will also be able to deliver information such as tire pressure, oil and fuel level, as well as other bits and pieces that are vital to the bike itself.

BMW isn’t the only company finally introducing the idea of heads up displays to the world of motorcycle-riding, though. Skully, a tech startup company, used crowd-funding to create its AR-1 Helmet Model that includes features such as a heads up display and a 180-degree blind spot camera designed to maximize driver safety.

These heads up displays could possibly have applications in racing as well. While designed for a motorcycle driver, a NASCAR or Formula 1 racer could easily benefit from a heads up display that contains all of their car’s vital information.

By streaming this information, such as tire pressure, engine temperature or oil pressure, to the driver’s team, they could potentially shave a second or two off of the already short 12-second NASCAR pit stop because they would already have all of that information on hand. It could also help the pit crew and driver prevent engine blow outs by enabling them to monitor the car’s vitals during a race.

There’s no doubt in our minds these fantastic advances in car technology will become the status quo in the near future. They will help to improve overall driver safety as well as provide a previously unknown level of convenience and comfort. They will also continue to inspire automakers and drivers alike for years to come.