This unique carbon fiber bicycle is super light and 3D-printed

Tired of lugging your bike up the stairs to your apartment or office every day? Check out the Superstrata Unibody. This bike weighs fewer than three pounds, is customizable to your height, and is super durable. Oh, and did we mention it's a 3D-print creation? You'll want to consider this gadget if you're in the market for a new bike. 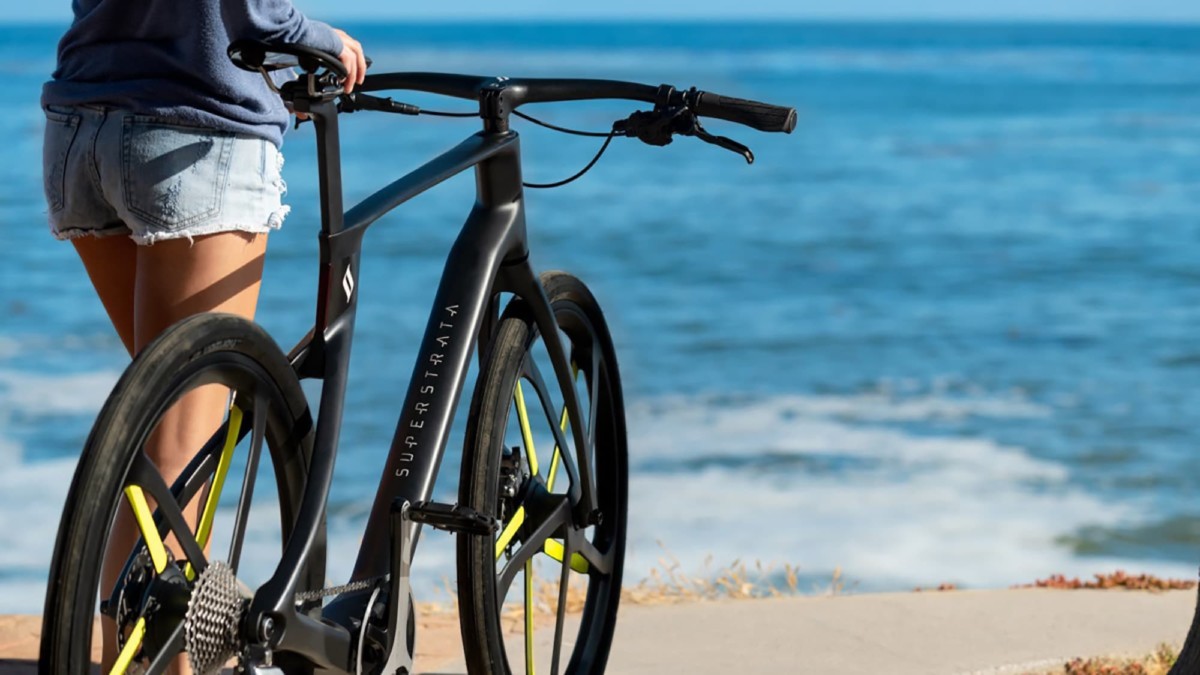 Superstrata Unibody Carbon Fiber Bicycle With a Rider at the Beach

Ever since the German baron Karl Von Drais developed a two-wheeled invention that riders could steer, people have been on a quest to improve the bicycle’s design. Bicycles, as we know them now, have come a long way since then, but there are still trade-offs like strength vs. weight, quality vs. price, and versatility vs. proficiency. The inventors of Superstrata Unibody carbon fiber bicycle have created a bike that addresses these issues via a custom 3D printing process.

When you first see Superstrata Unibody carbon fiber bicycle, you think you’re looking at a sturdy, modern bike that can easily take on rough mountain terrain and steep uphills. And you’re right. What you might not realize, however, is that this bike weighs fewer than three pounds. That’s less than the weight of two bottles of water. Can a bike that’s so lightweight rise to the expectations of serious cyclists? You betcha. Even if it’s a 3D-print creation? Also yes.

Superstrata Unibody bikes are made using continuous carbon-fiber technology and nothing else. According to the company’s Indiegogo page, this results in a frame that’s up to 61 times stronger than steel. That’s a pretty impressive attribute for a non-metallic bike material. The thermoplastic carbon fiber also offers impressive impact resistance that will let you crush the trail and not your bike. And since the material is continuous, there’s no glue, joints, or bolts in the bike’s construction. So this gadget won’t splinter and its construction can handle pretty much any terrain you throw at it. 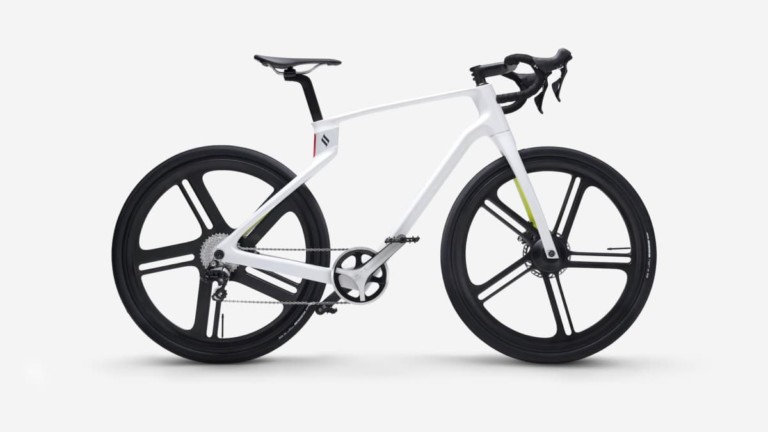 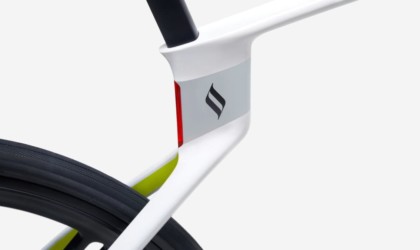 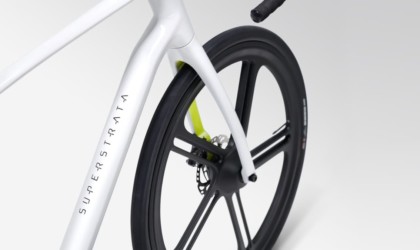 To touch on the thermoplastic carbon fiber again, it’s also quite light in weight and it’s this component that makes the Superstrata Unibody weigh less than 2.9 pounds. So this is a bike you can easily carry up and down stairs without breaking a sweat. It’s also a breeze to pack and unpack from the trunk of your car. 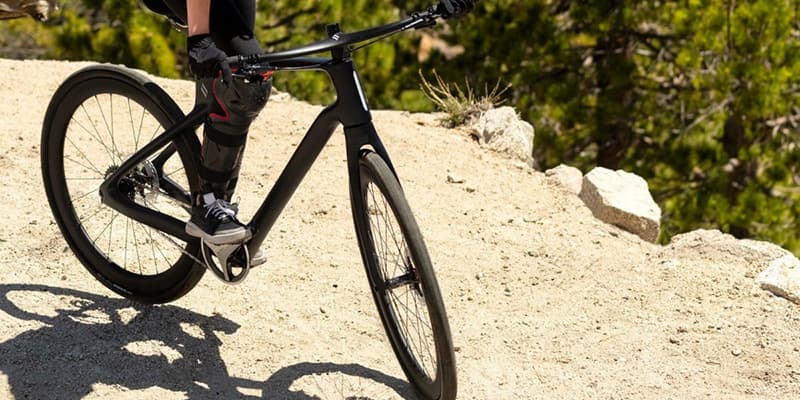 Superstrata Unibody Carbon Fiber Bicycle With a Rider on a Path

This gadget is laser-manufactured but completed by hand

Yes, this carbon fiber bicycle is precision, mastered by robots that cut with lasers. However, each bike is also carefully inspected by cycling pros. This way, you can be sure that your Unibody bike meets high biking standards. So even though it’s built by a robot, a human has the final say on quality. 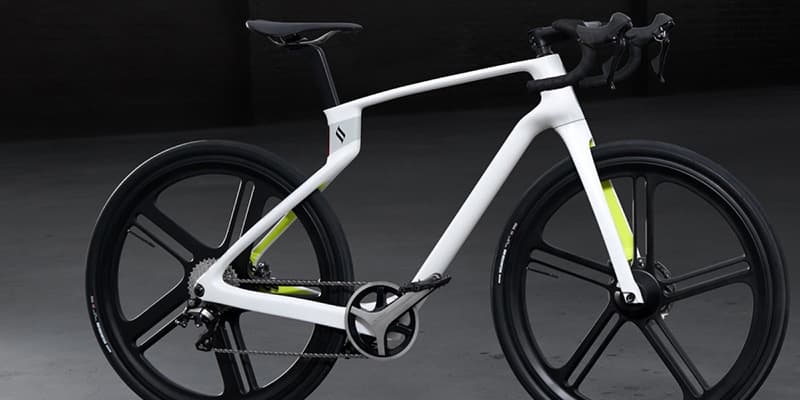 A bike that’s available both in traditional and eBike

When you order a Superstrata C, you’ll get a true unibody carbon fiber bicycle that’s destined to be the classic bike of the future. Its body features industrial-grade carbon fiber only. For those who’d like a little more power, Superstrata E is the eBike version. It’ll take your cycling to a whole new level with its electric propulsion assistance. And, if you live in a bustling city, Superstrata E is a great alternative to public transportation. 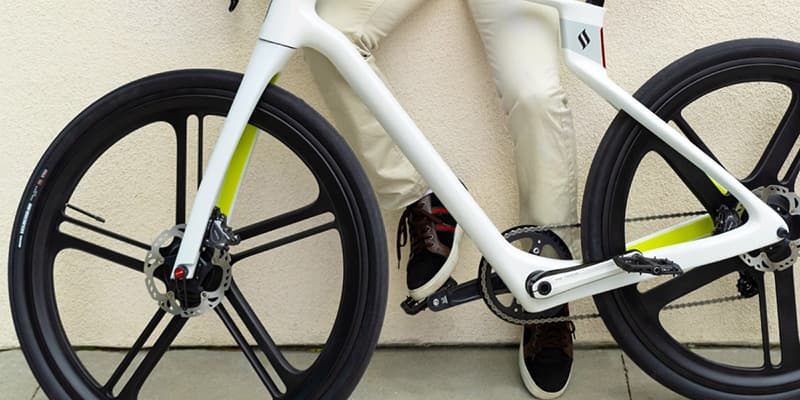 Another problem with traditional bicycles is their size. Often they’re too large or too small to fit your body’s unique proportions. That’s why this carbon fiber bike is individually crafted following 18 precise measurements that promise a personalized fit for riders from 4’7″ to 7’4″ (or 1m40 to 2m20+ in Metric). This is a relief for cyclists on the petite or tall side. With the Superstrata Unibody, now there’s finally a bike for every size. Additionally, these bikes are customizable in over 500,000 combinations. So you’ll be able to select things like colors and components in addition to size. 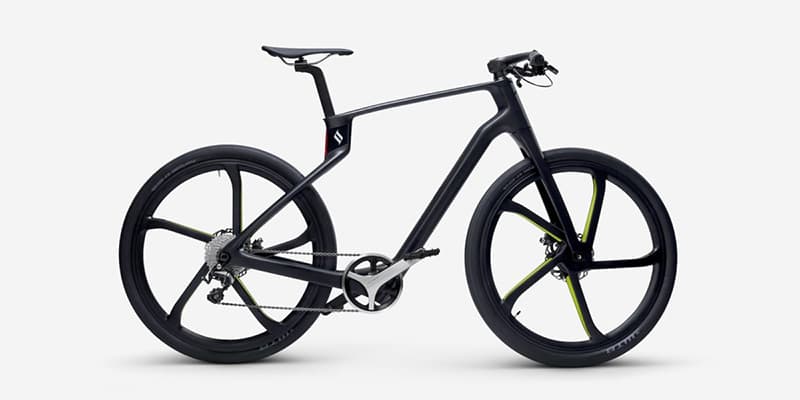 A bicycle that you can recycle

Feel a little guilty when you think about where all your previous bikes probably are right now? You can kiss those uncomfortable feelings goodbye when you get this carbon fiber bicycle. Superstrata Unibody bicycles are 100% recyclable, meaning every part of the bike can be used to create something else once you’re done with it. You’ll also be glad that these bikes are completely rust-free. 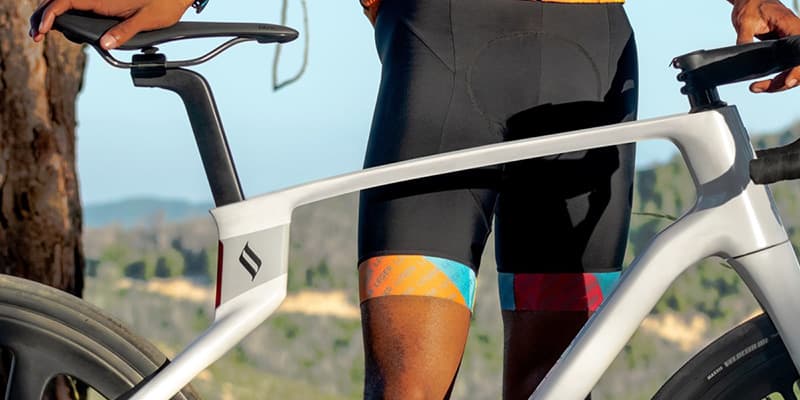 Since I’m in the market for a new bike, I’m considering this carbon fiber bicycle. It’s durable, customizable to your size, and lightweight. Can you imagine a bike that’s lighter than two bottles of water? It’s something I never thought was possible, but that’s technology for you. And that fact that this gadget is both light enough to be convenient for city use and sturdy enough for trail rides is another great bonus. Add that to the option for either a traditional or eBike version and you have all the options to create the perfect bike for you.

Superstrata Unibody carbon fiber bicycle is available for preorder on Indiegogo for $1499.