If you love Insta360 or want a new action cam, you're in luck! Insta360 just announced a brand new version of its previous One R action camera with a slew of enhancements, new shooting modes, and a 4K Boost lens. 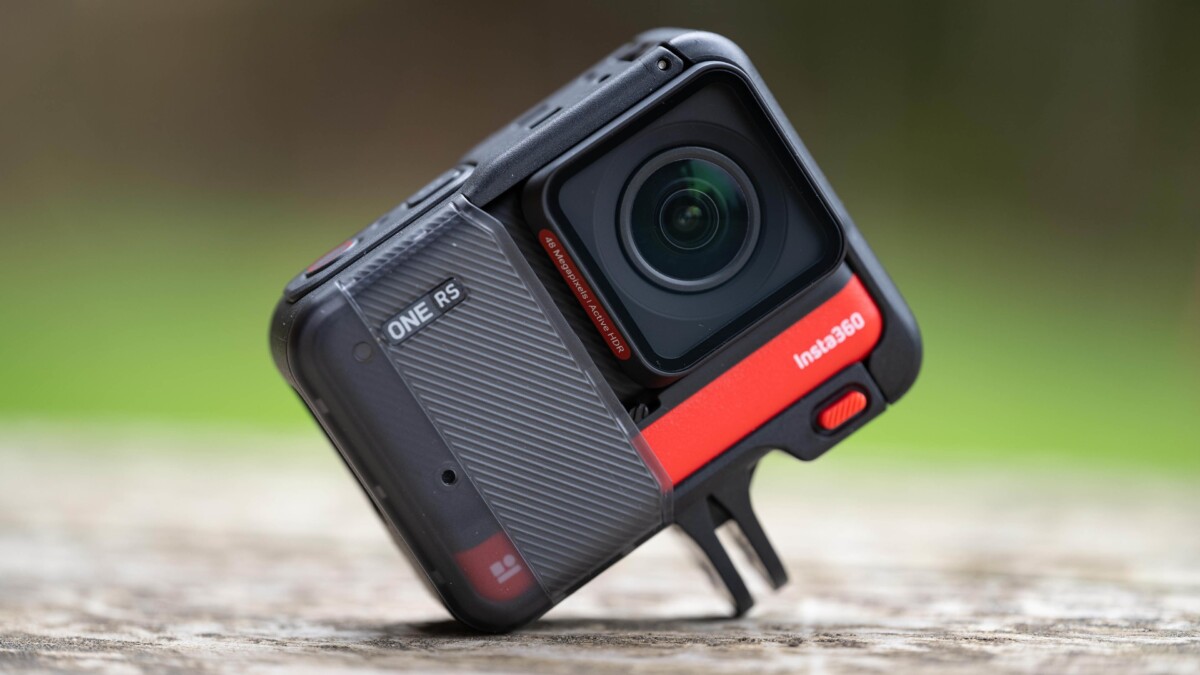 One RS has a new lens, improved core, and more

Insta360 is back with a new follow-up to its One R action 360 camera. The modular action cam isn’t exactly a dramatic overhaul, but it does bring some significant improvements over its predecessor–particularly in the core of the gadget (in other words, its internal computer).

Let’s take a look at Insta 360’s new One RS and see what this nifty little camera is all about, including what’s changed. Let’s go!

Improves the design of the mounting system

Right out of the gate, one of the first notable improvements the Insta360 One RS brings to the table is its redesigned mounting system. For example, FlowState stabilization is better this time around.

Additionally, the microphones have greater wind-noise resistance. The bracket to which accessories attach now opens from the side so it works more effectively with the Edition mod.

Features an upgrade to the new 4K Boost lens

Anyone hoping for a little extra boost to the camera quality will appreciate the inclusion of the new 4K Boost lens. The lens replacement now has a .5-inch 48 MP image sensor, is speedier, and has a slightly wider lens than the previous version. It also has an f2.4 aperture and a maximum ISO of 6400.

The Insta360 One RS brings 2 new modes to its arsenal for users to enjoy. The first is an Active HDR mode, which helps to capture shadow and detail in a more efficacious manner.

The second new mode is 6K Widescreen, which allows you to get a cinematic aspect ratio of 2.35:1. This means that—depending on your settings—you can reach a resolution as high as 6016 x 2560.

The last significant upgrade that the Insta One RS has to offer is the unit’s main core enhancements. The brain of the device will add an additional microphone, bring faster Wi-Fi to file transfers, offer Instant Zoom, and give you a new shooting mode quick menu.

Is a welcome redesign that’s worth your consideration

If an action cam is on your gadget shopping list, you can’t go wrong adding Insta360’s One RS to it. After all, its modular design is useful, and these latest improvements to the original device make the One RS a worthwhile contender to its competition.

That said, it’s still worth pointing out that it doesn’t exactly exceed the competition. So, should you pass up on the One RS? Not at all.

However, be sure to compare it to similar products to see how it stacks up against them. Either way, you likely won’t be disappointed. The One RS has plenty to offer, and anyone who has yet to get an action cam will certainly find lots to love about it.