This is a detailed walkthrough of features of both the smartphones as well as the differences between them. Both the smartphones have their own selling points as well as a loyal fanbase. It is difficult to choose an exact winner as both scored wins in different areas. In the end, it depends on personal preference regarding OS and which features your prioritize. 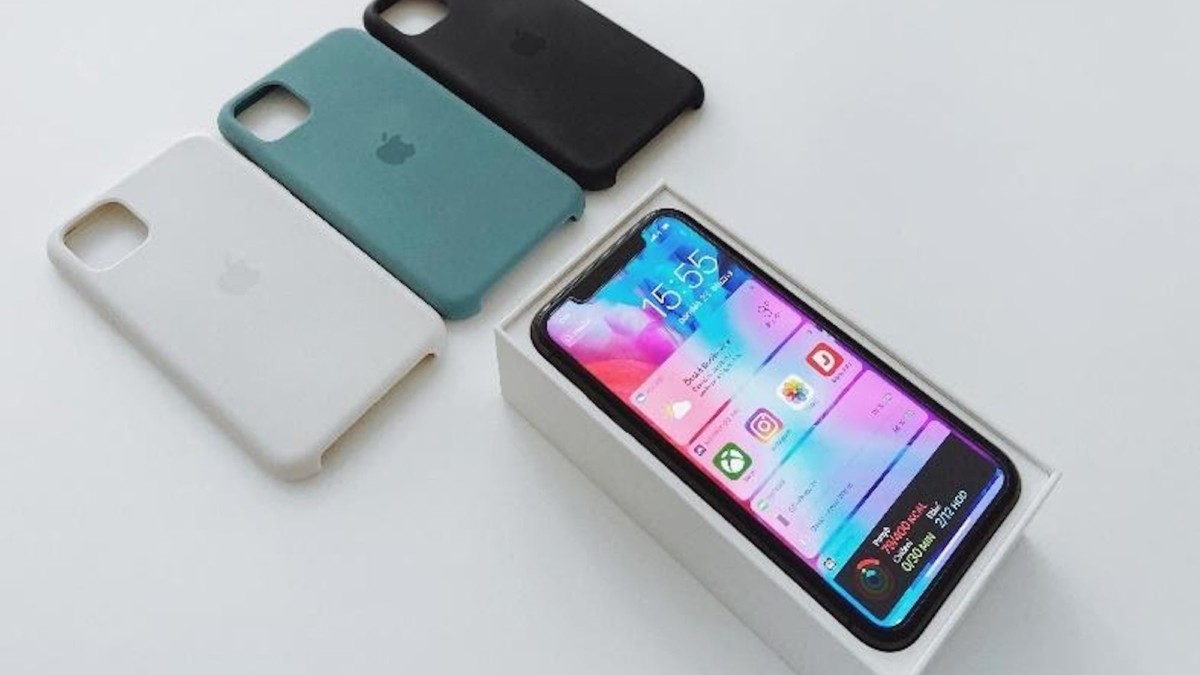 Mobile phones have evolved beyond imagination in today’s age. What used to be a small device capable of only making calls and texts can now perform tasks that a computer could. Smartphones are basically mini supercomputers that can fit in your pockets. While the pros and cons of these advancements are often debated, their impact on our lives can not be denied. Smartphones are still continuously evolving and the number of choices is increasing too. There are too many brands that offer different kinds of technologies and features. Every year we see hundreds of new smartphones and all of them sound amazing. The increasing advancement and number of smartphones have made it harder to choose the right device. However, there are certain brands that are always at the top of the table. Two of these brands are Apple and Samsung.

Samsung and Apple are two of the best smartphone brands in existence and it has been like that for a long time. One of the biggest rivalries in smartphones and smart gadgets, Samsung and Apple have been going at war for years constantly. They have a similar range of products, price segments, and higher-end devices. These two are prominent figures and adversaries in the premium smartphone segment especially. They both have made new additions to that segment this year in form of Samsung Galaxy S20 Ultra and iPhone 12. Here’s a complete comparison of the two.

A processor is the brainpower of every smartphone. A processor decides how efficient and fast a smartphone is at handling different tasks. How a smartphone handles games, apps, and multitasking, depends on the processor as well.

Samsung S20 Ultra features the powerful Qualcomm Snapdragon 865 in the US version but their own Exynos 990 processor in other regions. It is accompanied by an octa-core CPU setup. The US version features Adreno 650 for GPU and the global version has Mali-G77 MP11 GPU.

The iPhone 12 has Apple’s own A14 Bionic chipset for all the models as well as a Hexa-core CPU. For graphics, Apple uses its own 4-core Apple GPU here.

The difference of processors in the global and the US versions are bound to irk the fans. The reason for the move is unknown but it surely acts as a negative in S20’s score. iPhone provides the same features for all versions which gets a big thumbs up

From a performance point of view, both smartphones perform great. Apple’s A14 however has an edge over both Snapdragon 865 and Exynos 990.

Apple has always been consistently superior with its cameras and the iPhone 12 is no different.

iPhone 12 has a dual-camera setup on the back.

The front too features a dual-camera setup. However, one of them is just a depth and biometric sensor. The primary camera is a 12 MP camera of an f/2.2 aperture. It is also capable of taking 4K videos at 60fps.

Samsung S20 Ultra takes away the cake from Apple in the camera department this time.

On the back, there are four cameras. It includes;

On the front, there is a huge 40 MP selfie camera that can record 4K videos at 60fps

Apple iPhone 12 has a sandwich frame. The front is covered in Gorilla Glass and so is the back. An aluminum frame is sandwiched between these layers of glasses. So how, it is recommended to buy cases for iPhone 12 and the major role of these covers is to prevent the smartphone from normal wear-tear. The dimensions of this device are 5.78 x 2.81 x 0.29 inches. It has a more compact form. It weighs 164 grams. It is available in five colors; black, white, red, green, and blue.

The Galaxy S20 Ultra has a bigger build than iPhone 12. Its dimensions are 6.57 x 2.99 x 0.35 inches. It weighs more than the iPhone too, weighing at 222 grams. It has a similar sandwich frame of aluminum in between a front and rear Gorilla Glass 6 covering. It is available in three colors; cosmic grey, cosmic white, and cosmic black. 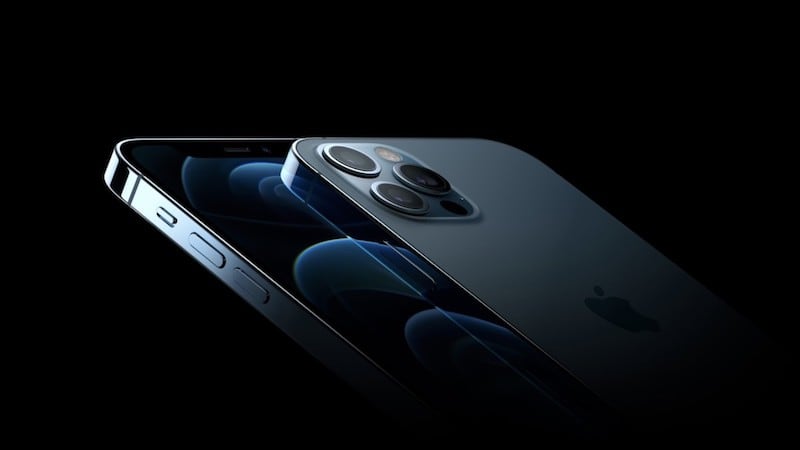 Displays of both Samsung and Apple devices are always of superior quality. That hasn’t changed with these two devices and has only improved more.

Samsung Galaxy S20 Ultra has a dynamic AMOLED 2X display that is 6.9″ big. The screen resolution is 1440 x 3200 pixels with an amazing 511 PPI density. That combined with a 120Hz refresh rate and HDR10+ support makes everything visually better. The aspect ratio is 20:9 along with an 89.9% screen-to-body ratio. Samsung Galaxy S20 Ultra is a powerpack monster with smooth display and sleek designs and the thing that adds a charm to this beast is, the wide range of back covers for Samsung Galaxy S20 Ultra that are available in the market.

The iPhone 12 features a 6.1″ big Super Retina XDR OLED screen with HDR10 support. The resolution here is 1170 x 2532 pixels with a slightly lower 460 PPI density. There is Gorilla Glass 5 protection along with an oleophobic coating.

Both the devices have amazing displays but the S20 Ultra has a slight edge over the iPhone 12.

Nobody needs to be taught this but just to state a fact, Samsung Galaxy S20 Ultra works on Android, and the iPhone 12 works on iOs. S20 comes with Android 10 out-of-the-box and an Android 11 update is promised in nearest future. iPhone 12 too comes with a support for the latest 14.1 version of the iOs. Both the operating systems have their own features and unique qualities. The same is the case with their UIs. S20 Ultra uses Samsung’s own OneUI 2.5 and the iPhone 12 works on the iOs 12 GUI.

You get only a single RAM option of 4 GB in the iPhone 12 which is slightly disappointing. There is no option for 512 GB storage either. Neither you can expand the storage with an SD card.

Battery life has to be one of the most important aspects of any smartphone. Battery specs of smartphones these days are getting better and better as well. S20 Ultra is a perfect example of that as it promises a 25 hours battery life.

That is provided by a 5000 mAh Li-Po battery. 15W Qi wireless charging is supported and so is 45W fast charging. Also, a 4.5W reverse charging is available. USB Type-C is used for charging.

iPhone 12 has a considerably smaller 2815 mAh Li-Ion battery. It supports 20W fast charging and 15W Qi wireless charging. iPhone 12 too advertises a standby time of up to 17 hours straight. For charging, there is as usual a lightning port. 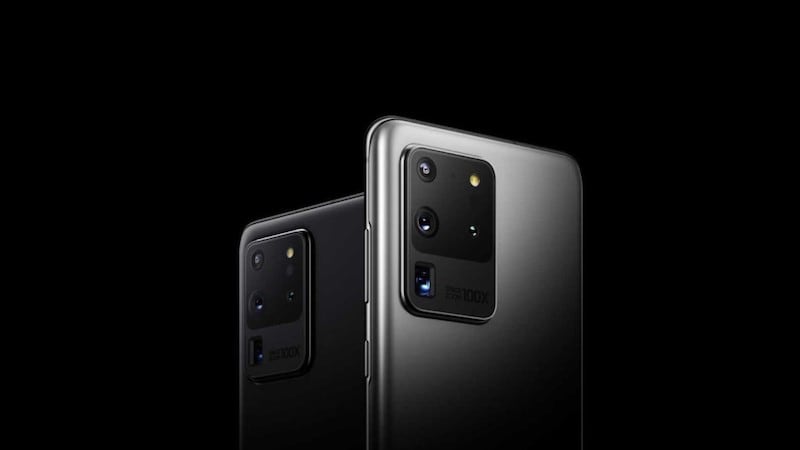 Pricing is always the final determinant that decides for a buyer which option to choose. Both iPhones and higher-end Samsung smartphones are expensive but Apple devices are usually on a more expensive note. The same is the case this time around as well.

While the iPhone 12 is cheaper, the specifications are considerably low. It provides way lesser value for money than the S20 Ultra.

Apple devices are more demanding in maintenance and repair expenses.

Both the smartphones support 5G network.

Both devices are IP68 rated waterproof and dustproof. iPhone 12 is resistant against 6 m of water and will stay safe for a maximum of 30 minutes. S20 Ultra will be safe in only 1.5 m of water and for 30 minutes.

Both the smartphones support NFC.

S20 Ultra features an under-display supersonic fingerprint scanner. Apple has still not brought back Touch ID and only Face ID is available.

Both the smartphones have sensors like accelerometer, gyro, proximity, compass, and barometer.