Escape from New York with the Lifeclock One retro smartwatch

This remarkable retro smartwatch is an official replica of the countdown timer seen in John Carpenter’s 1981 classic, Escape from New York. But unlike the watch in the movie, this one will help you get to work on time. 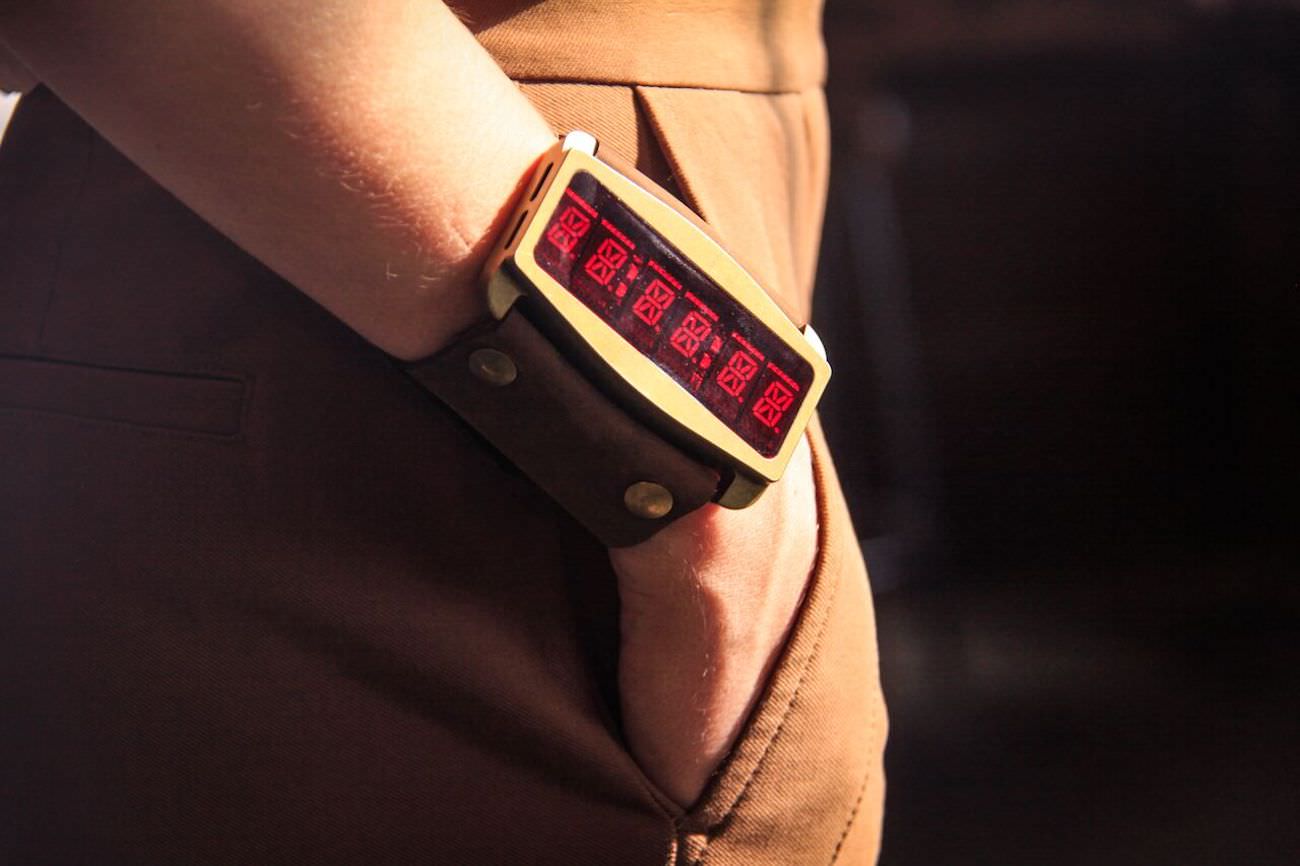 In technological and cultural terms, the 1980s was a fascinating decade. Computers were still fairly basic at the time, but the potential of these machines was clear. While many films and books missed the mark with their future predictions, they often included devices that were far cooler than anything the 21st century has to offer in reality. One example was the LED countdown clock worn by the protagonist in the 1981 thriller, Escape from New York. The Lifeclock One Snake Edition smartwatch is a perfect replica, albeit without the lethal connotations. In fact, this retro timepiece should help you keep time for years to come. 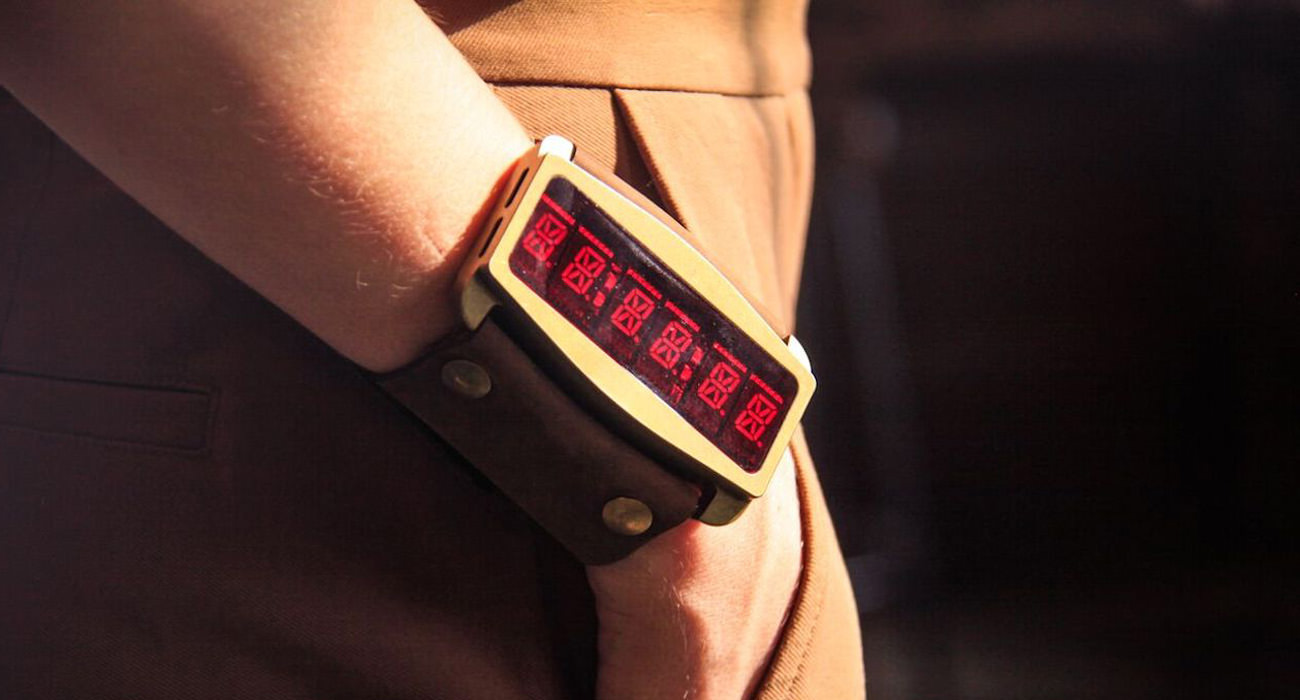 The plot centers around Plissken’s 22-hour bid to rescue the President of the United States. On his wrist, a chunky countdown timer provides a glowing red reminder of how long he has left. 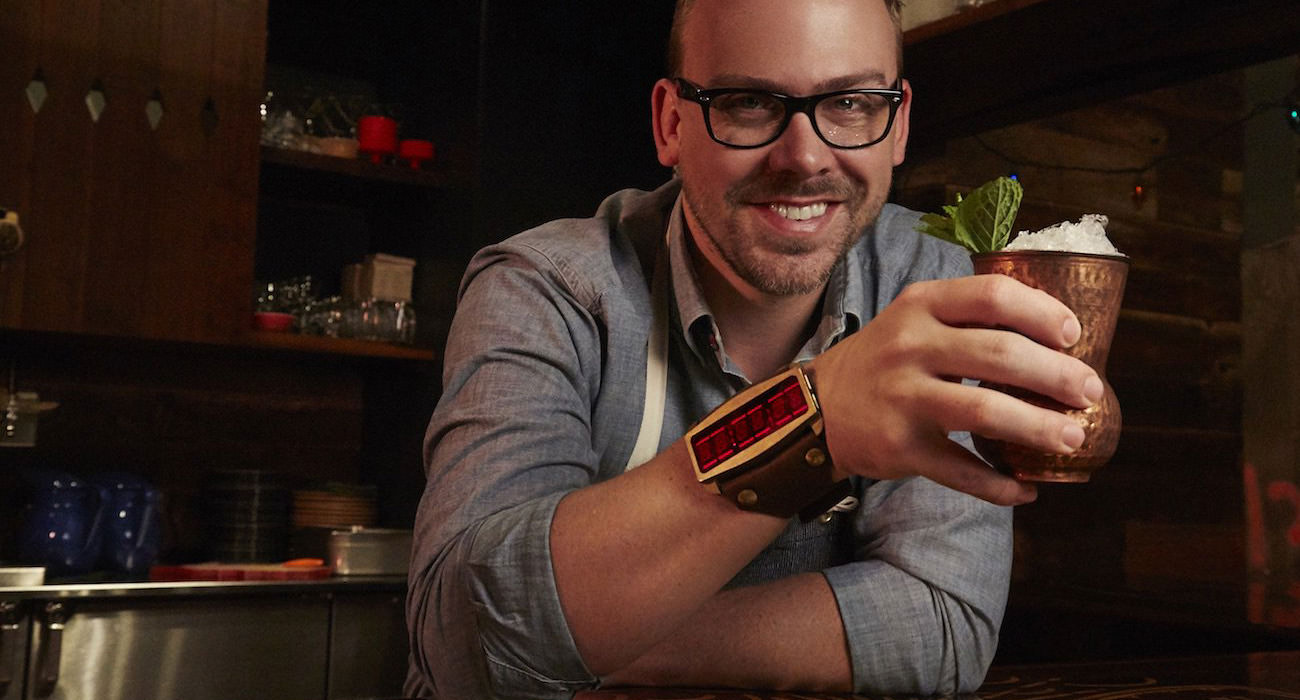 The Lifeclock One looks exactly like the countdown timer. But where Snake Plissken was racing against time to save both the President and his own life, this awesome timepiece provides benign assistance. 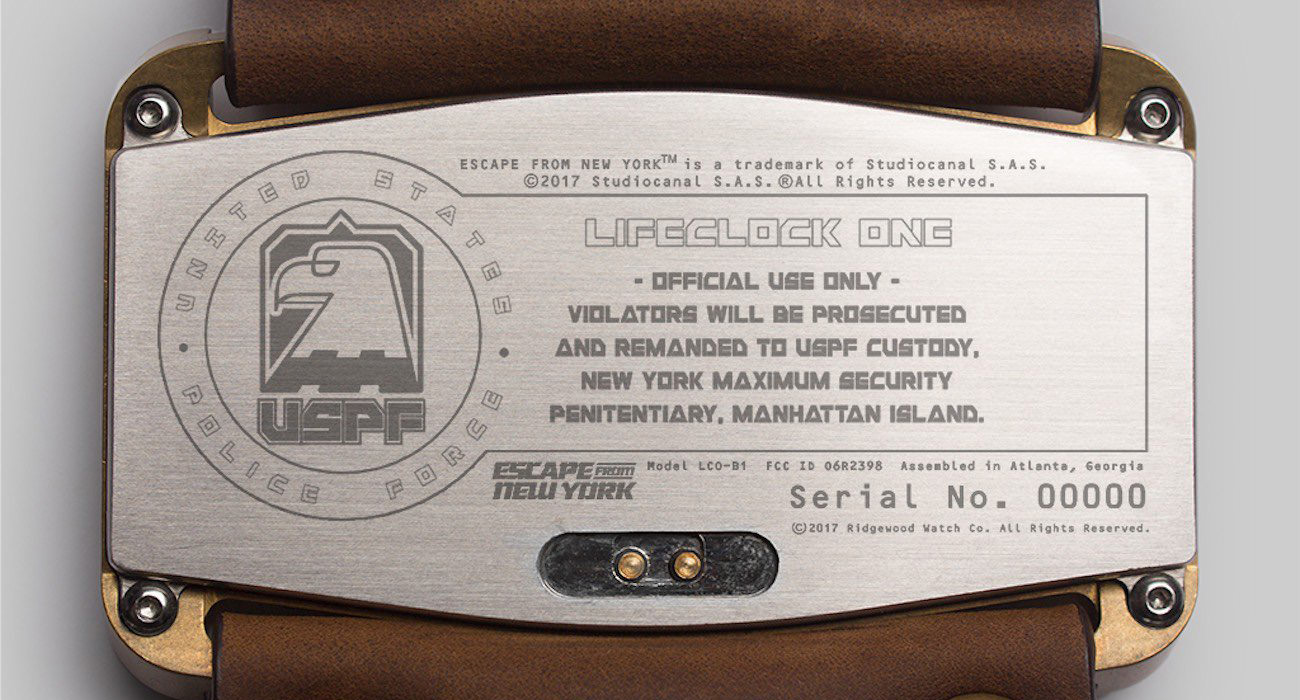 The Snake Edition Lifeclock One looks pretty amazing. The oversized face extends up your forearm, with the kind of red LED display you would normally find on a nightstand alarm clock. Meanwhile, the leather wristband is straight out of a steampunk convention.

But don’t be misdirected by these retro looks — this is actually a smartwatch in disguise. 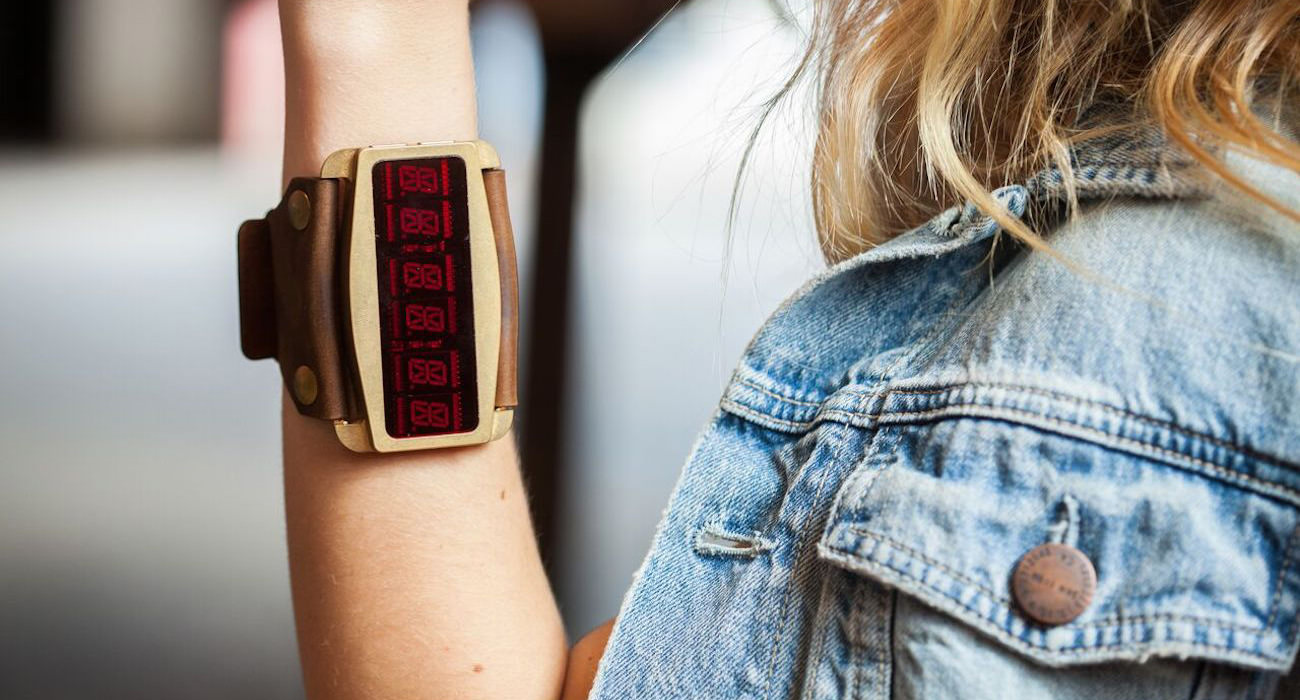 While diehard fans of Escape from New York can stick with the countdown timer, the rest of us can switch to the standard clock. In addition, the Lifeclock watch can store up to eight time zones and keep track of the date.

[tweet_box]While diehard fans of Escape from New York can stick with the countdown timer, the rest of us can switch to the standard clock. [/tweet_box]

But the features keep coming. The Lifeclock One works as an activity monitor, while the stopwatch feature lets you record your personal best. You can also see notifications on the display and create custom animations. It’s even possible to trigger the camera on your phone using this watch. 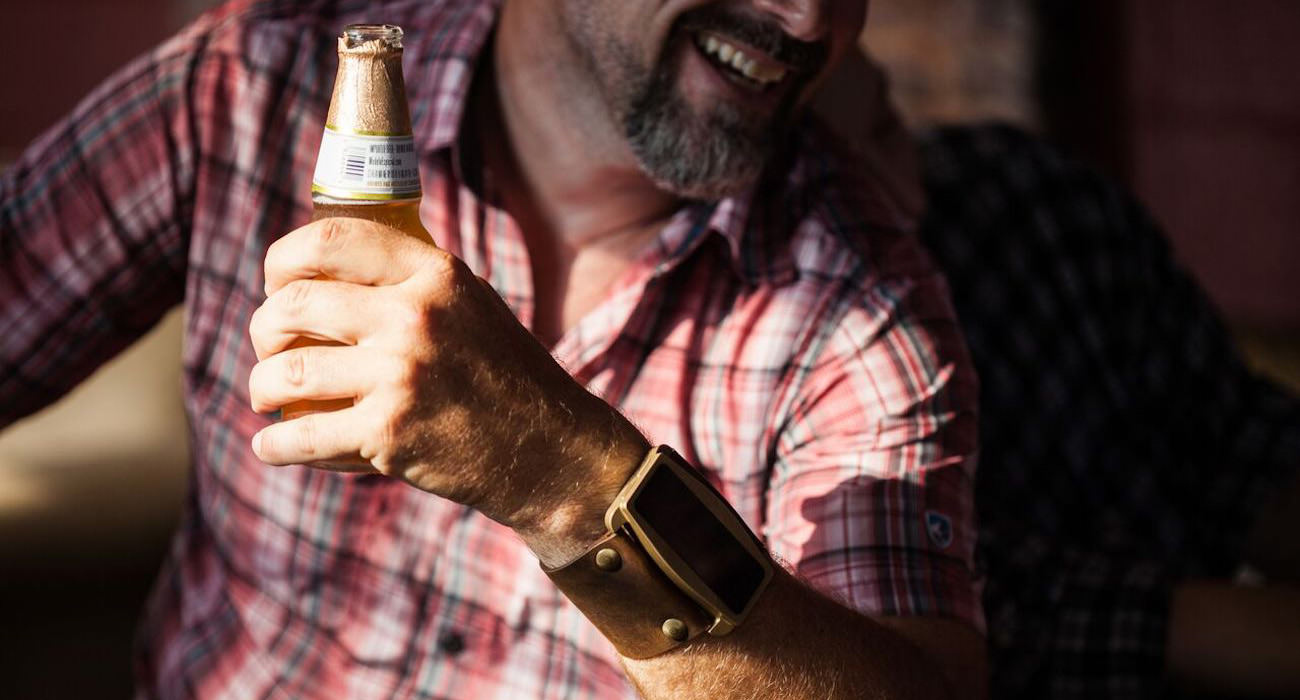 Just like driving a 1980s hypercar, this watch does have practical weaknesses. This isn’t the thing to wear at a black-tie event, for instance. But as a way to show your love for all things retro, the Lifeclock One is unsurpassed.

“The only officially licensed Snake Plissken replica countdown timer from John Carpenter’s 1981 film, Escape from New York™. Not only is it a full-featured watch (timepiece, stopwatch, countdown timer, date, etc.), but it also comes packed with all sorts of smartwatch functions. Sync it with your iOS or Android device, receive calls, texts, and push notifications from your favorite apps, and much more.” — Ridgewood Watch Co. 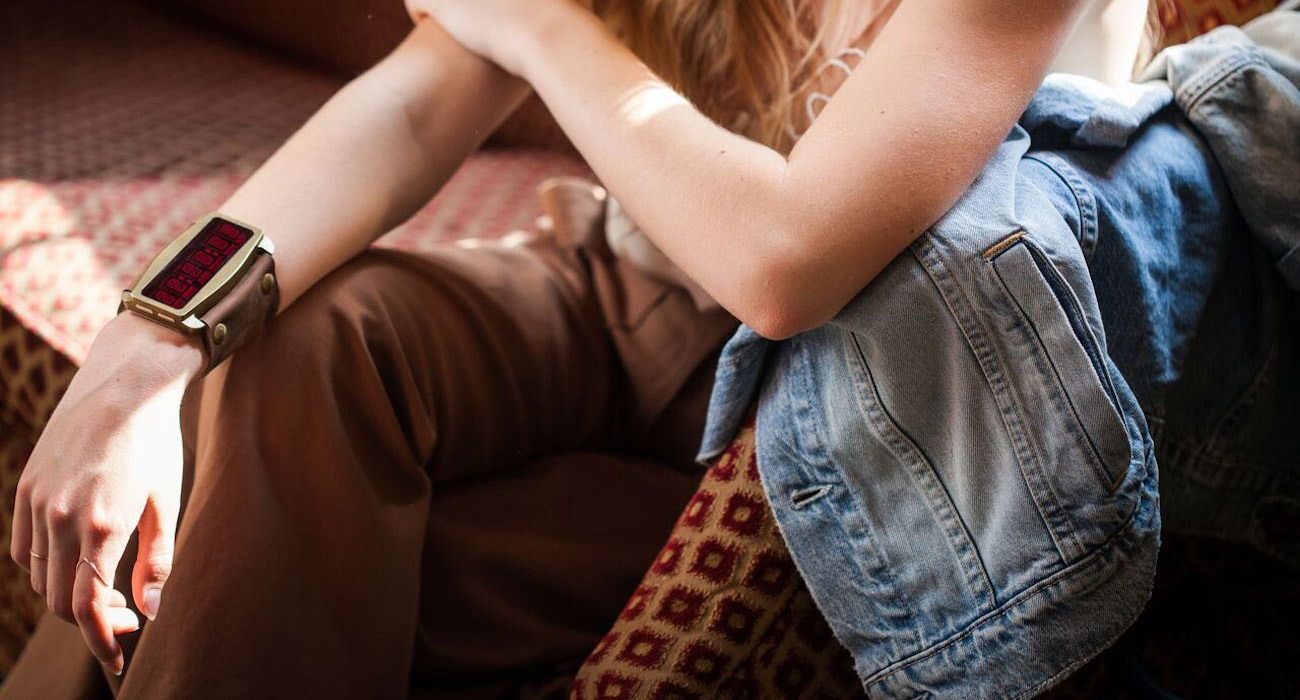 If you love 1980s style, this is a must-have accessory. But it’s also a great option for folks who want a smartwatch without the touchscreen distractions.

We would love to see a slightly smaller version at some point. Making a statement is great, but some people would love the same features in a slightly less brash design.

– Deal: Gadget Flow members get a 10% discount with code: GADGETFLOW