If you've been waiting for smart glasses that really make a difference, you may not have to wait much longer. Tech company Oppo is developing new assisted reality glasses. Read on to learn more! 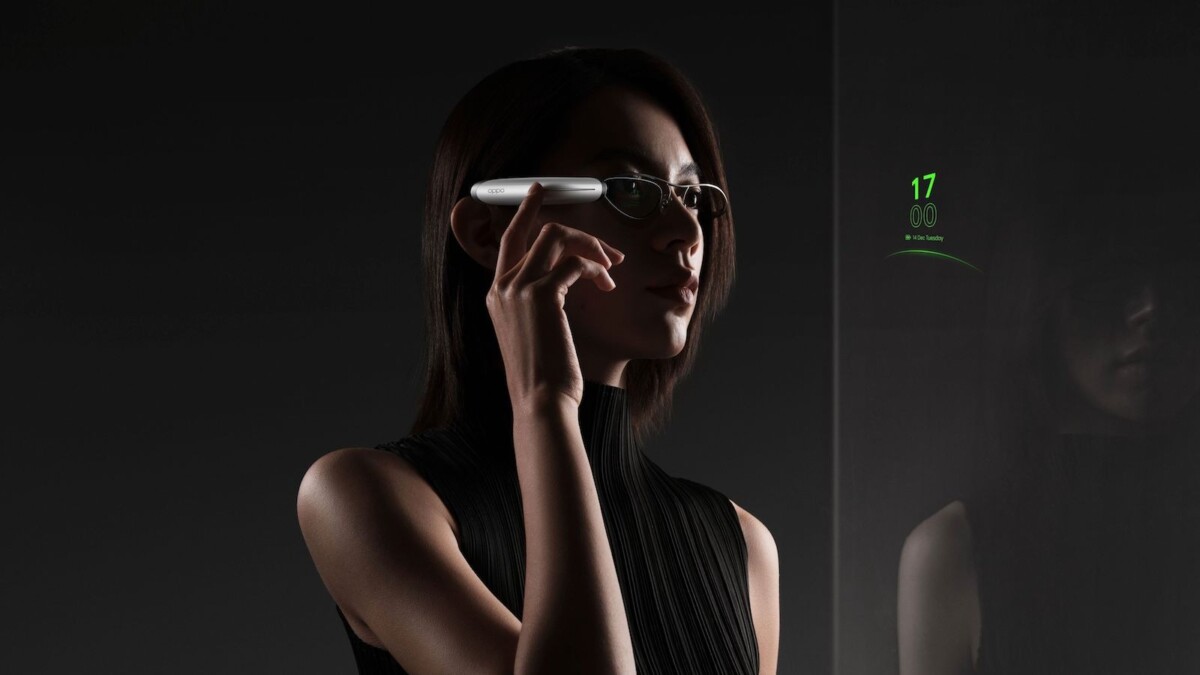 Remember Google Glass? We sure do. It was a bold idea with plenty of potential, but it was well ahead of its time. Since then, other digitally enhanced glasses have come to fill the void.

While some bring new things to the table, others fall flat. It isn’t necessarily the concept that’s the problem, it’s the execution.

Well, the next company throwing its hat in the AR glasses race is Oppo. What is it up to, exactly? A new pair of assisted reality glasses: Oppo Air Glass. Let’s take a gander at this cool new gadget.

Delivers 2D information into your field of view

What Oppo Air Glass seeks to do that’s more in line with Google Glass and perhaps less in line than, say, RayBan Stories, is to provide you with helpful information in real-time. Rather than referring to Air Glass as augmented reality, Oppo uses the term assisted reality.

This makes sense because it won’t aim to place 3D objects into your vision. Instead, it will project 2D information into your field of view. It isn’t hard to think of all the potential use cases for something like that given how far machine learning and sensory tech have come in recent years.

Attaches to glasses and has a lightweight design

Oppo’s Air Glass will feature a modest, lightweight design that has just enough—at least for now. The device weighs in at around 1 ounce and comes in 2 different size, each with a black or silver color option.

The frame includes a magnetic port that lets it attach to regular glasses. That’s a handy feature for those who won’t want to purchase a whole new pair of compatible prescription glasses.

The spec sheet for Air Glass makes sense given the reserved nature of the content it aims to provide. For example, it will feature a Qualcomm Snapdragon 4100 processor, which is commonly used in smartwatches.

It will also include a waveguide display and a mini-projector with MicroLED technology. This onboard tech can produce up to 3 million nits peak brightness. According to Oppo, you can expect more like 1,400 nits in actual brightness for standard conditions. Lastly, the battery can give about 3 hours of use and 40 hours of standby time.

Brings serious potential, but won’t be ready for a while

Honestly, Oppo’s Air Glass is something that’s worth watching. While other attempts at AR glasses haven’t been overwhelmingly successful, it’s because they either overshoot beyond their capability to deliver or target a more niche audience.

However, where Oppo has the right idea is simple practicality. The ability to display notifications, directions, messages, weather changes, statistics, or other useful information in real time will appeal to a broader spectrum of consumers.

For example, once smartwatches figured out how to become helpful rather than being mere frivolities, the public accepted them much faster. This may be the case for tech like Air Glass.

Air Glass won’t be available right away, though. Oppo states that it will get a limited release window in early 2022 and will initially be sold only in China. Hopefully, with time and success, it’ll continue to evolve the product from that initial release and we’ll see a refined version hit the rest of the markets.

You can learn more about the Oppo Air Glass AR glasses here.