AIR PIX is the ultimate pocket aerial camera for selfies

While selfie sticks serve a purpose, they don’t really allow you to capture the wider scene. In contrast, the AIR PIX pocket drone can fly up to a higher vantage point to snap amazing selfies and aerial videos. 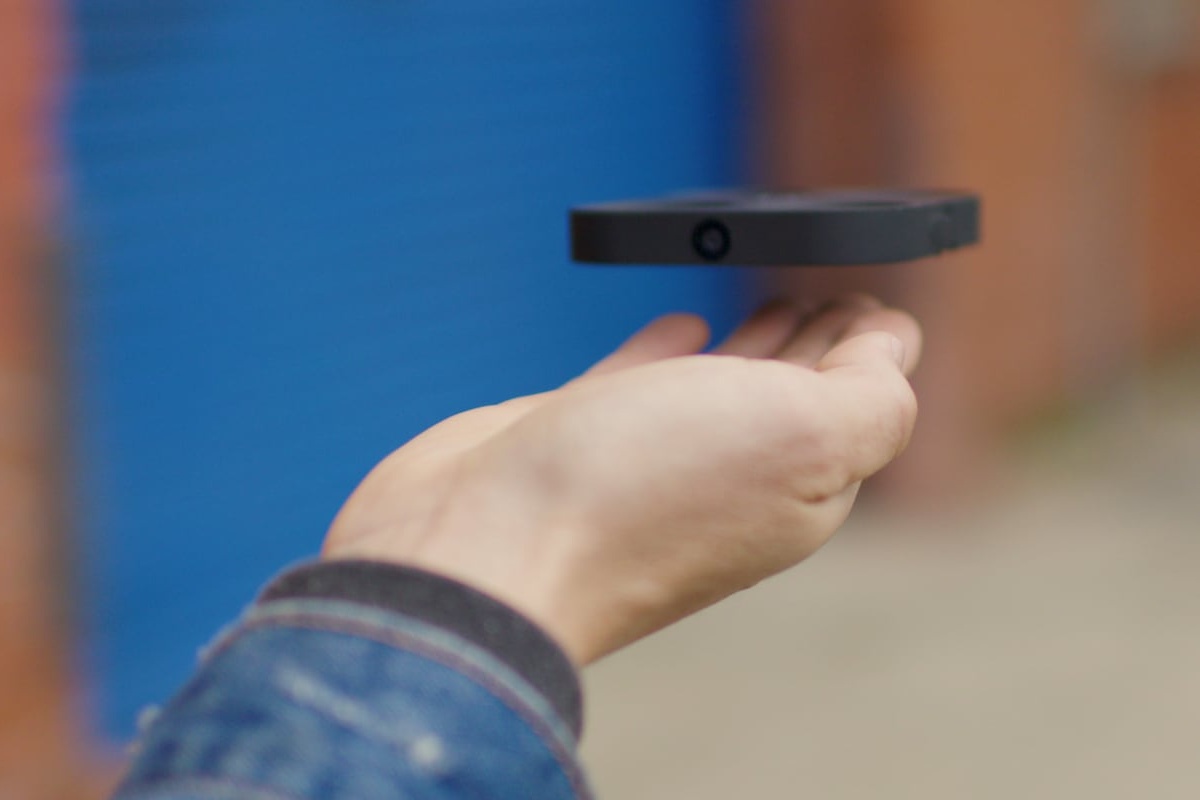 Most of us like taking pictures of ourselves for posterity. Some people also enjoy the pursuit of Insta-fame. Whatever your motives, it’s easy to snap something with your smartphone. However, these photos rarely stand out.

If you want to take better selfies and group shots, the AIR PIX aerial camera is a must-have accessory. This flying camera has a 12MP sensor, and it can zoom up to 60 feet away for an epic perspective.

What is a flying camera?

To some degree, the difference between a camera drone and a flying camera (or aerial camera, in this case) lies in semantics. However, flying cameras are usually designed to be flown with minimal effort. 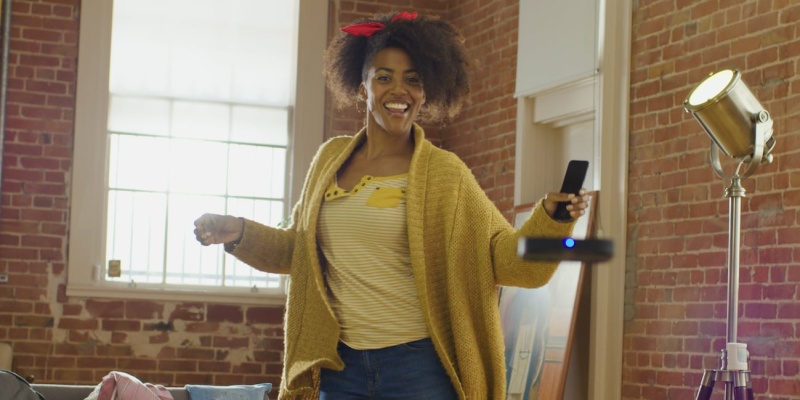 You can fly this pocket drone with gesture commands

AIR PIX is no exception. This thing is just four inches long, but it acts like your personal photographer. Whenever you want to snap a shot or three, you simply launch the aerial camera from your palm. The companion smartphone app lets you select pre-programmed flight paths, and the aerial camera also responds to gesture commands. 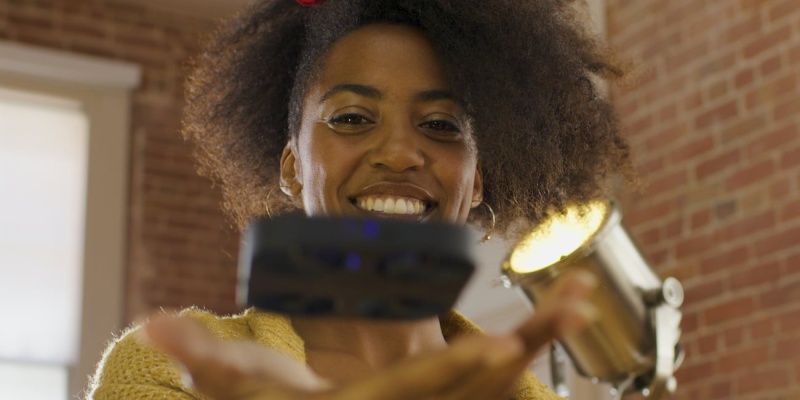 Once airborne, AIR PIX will recognize faces and line up shots accordingly. Four powerful motors allow the aerial camera to hover in position, meaning you don’t get motion blur. The resulting images are sent straight to your phone, ready to share on social media.

Along with that 12MP sensor, the AIR PIX aerial camear is fitted with a wide-angle lens. This gives you a 70-degree field of view to work with — ideal for fitting everyone into your picture and taking in your surroundings. AIR PIX can also capture full HD 1080p videos at 30 frames per second. 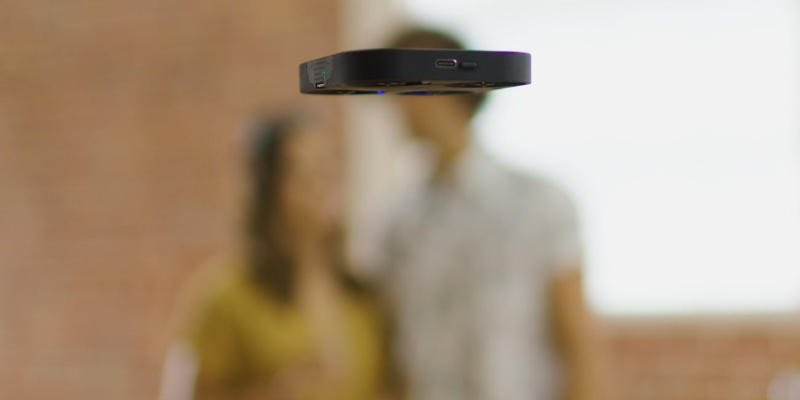 Once you’re done taking photos, AIR PIX will land safely and autonomously on your palm. It weighs only 1.83 ounces, and it’s smaller than an iPhone. 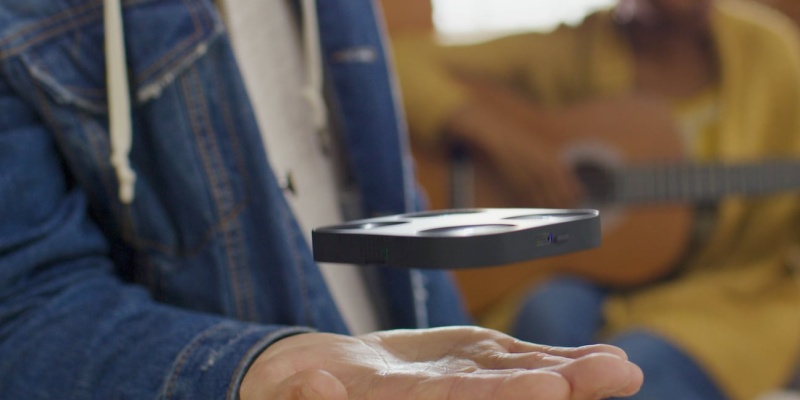 You get six minutes of flight time on a full battery, although this can be extended with the optional battery add-on.

Likewise, you can expand the storage space for media by replacing the supplied 8GB microSD card.

“Tired of selfies that cut off half the shot? Refuse to use a ridiculous selfie-stick? Need someone to snap a shot of you in the perfect insta-spot or of you finally popping that 360 Ollie Heelflip? With AIR PIX, you’ll be able to get the perfect solo or group selfie every time!” — AIR PIX on Indiegogo 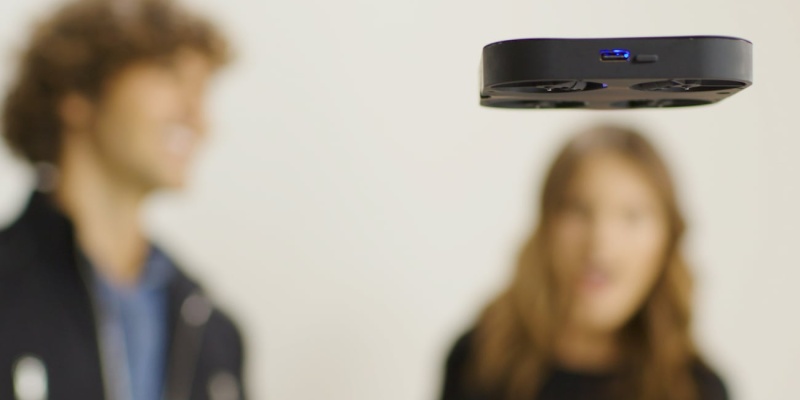 AIR PIX is the best flying camera yet

While there are many pocket drones available nowadays, few have the photographic prowess of AIR PIX. This aerial camera has the megapixels of a DSLR and the features of a powerful drone three times the price.

If that wasn’t enough, the dynamic AirSelfie app lets you crop, rotate, zoom, add filters and stickers, and even upload directly to social media for instant sharing. For iOS users, you can also live-stream to YouTube or Facebook.

AIR PIX relies on 2.4GHz Wi-Fi to communicate with your smartphone. Where there’s a lot of wireless traffic, a 5.8GHz option would be useful.