Calling all sci-fi enthusiasts and Star Trek fans. Razer's new Project Sophia concept is everything you've always wanted in a computer workstation. Its eye-catching appearance and modular design are truly something buzz-worthy. Read on to learn more about this impressive idea from Razer. 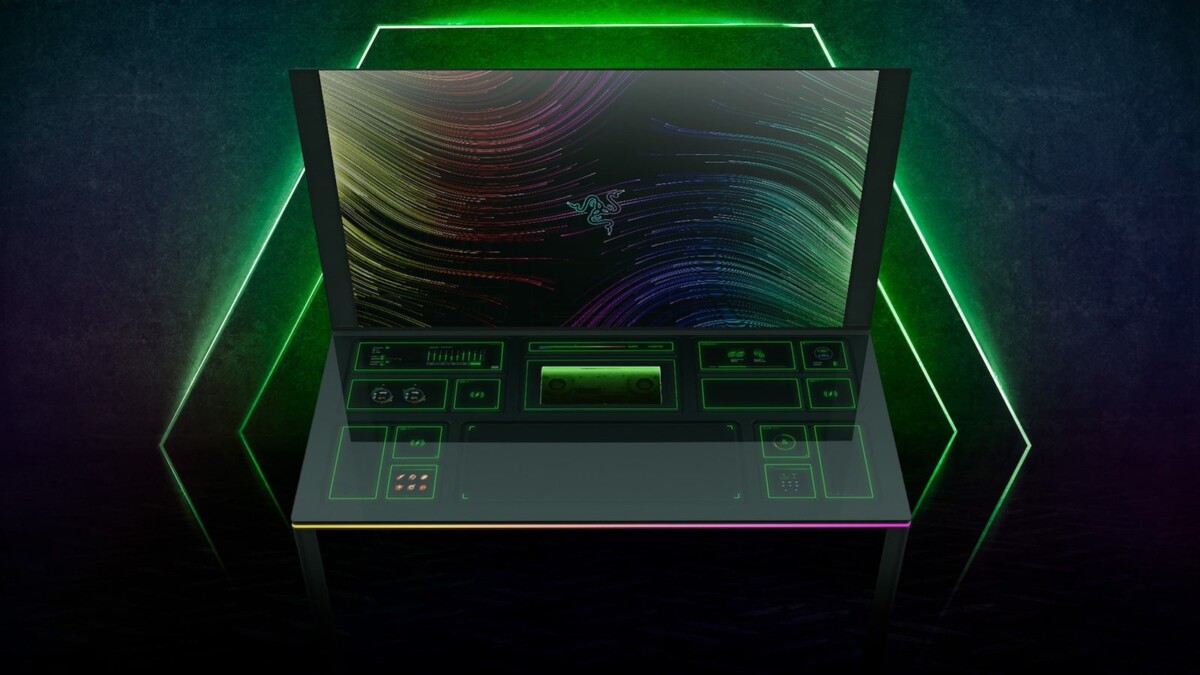 If you’re a fan of sci-fi aesthetics, boy are you going to love this. Razer’s latest concept brilliantly captures the spirit of futuristic interfaces and brings it right to the surface of your desk. While Razer is known to throw some crazy ideas into the mix, this one was pleasantly unexpected.

So what’s it all about? Let’s take a closer look at the Razer Project Sophia concept and see for ourselves!

Features a modular computer design that spreads across desks

Have you ever watched Star Trek and envied the sleek LCARS control consoles that graced every corner of The Enterprise? Many science fiction franchises have mimicked this idea and applied it to fictional interfaces and technologies, much to the appreciation of fans. Well, Razer is taking this design and seeking to make it a reality with the super-cool Razer Project Sophia.

Project Sophia will include 13 different module slots that allow you to swap all kinds of separate units. These units can all be creatively combined to forge the workstation of your own making. The control modules will include touchscreen applications, chat windows, calendars, CPU monitors, and audio mixers.

Not only that, but there will also be wireless chargers, pen tablets, and even a mug heater. As you can imagine, there’s a ton of room for growth as Razer and other developers release more components.

As cool as the module station is, what’s a computer without a crisp screen to get work done on? No worries because Razer Project Sophia features a huge OLED display.

While it’s not official just yet, this screen could be as large as 65 to 77 inches. So imagine having a monitor that large with an advanced interactive control layout spread across your desk. It’s a sci-fi lover’s dream come true.

Of course, if you’re wondering about Razer’s signature LED lighting, it’s all there too. It wouldn’t be a Razer product without it after all. That’s why it will have Razer Chroma RGB lighting as well.

Is a concept we’d love to see reach consumer markets

It’s worth pointing out that Razer Project Sophia is still just a concept at the end of the day. While it does look promising and has the backing of a significant manufacturer behind it, there’s plenty to be skeptical about.

However, that isn’t stopping us from being excited about the idea. If it’s possible, we’ll certainly love seeing this fantastic concept become a reality. Should it ever reach consumer markets, you can surely sign me up.

What do you think about the Razer Project Sophia concept? Let us know in the comments below!