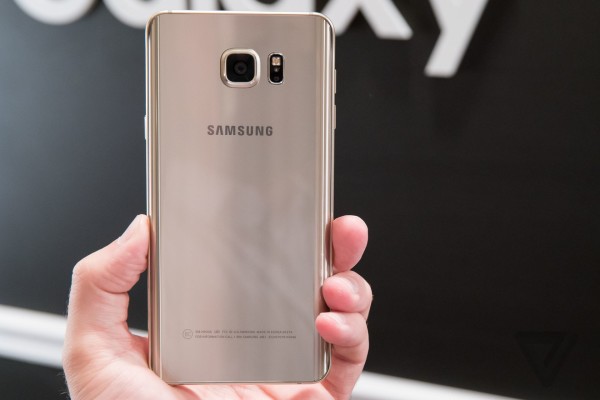 Samsung has started making some gorgeous devices lately. While previous generations of their smartphones had some strange details like faux stitching and fake metal looking plastic edging, the S6 and S6 edge have taken on a professional, sophisticated, and frankly gorgeous look. Never before has Samsung been in such direct competition with Apple in the design department. Samsung has continued the tradition with the brand new Galaxy Note 5, the latest and greatest phablet in the smartphone world. Let’s dive in. 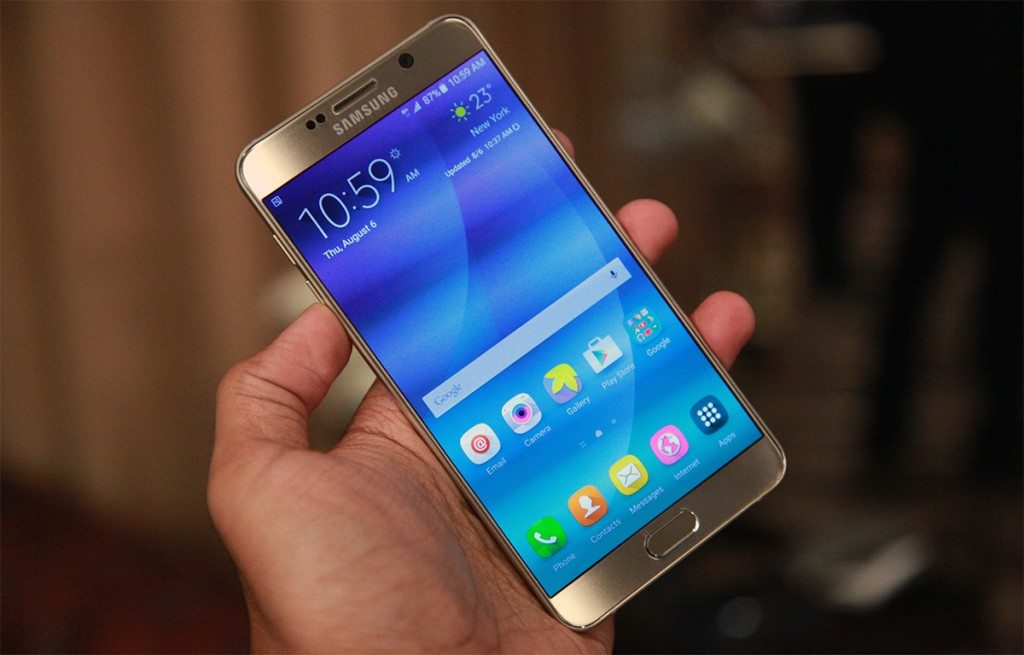 The Note 5 is the bigger brother of the S6 but it borrows a lot from the design perspective. The plastic and faux stitching that were on the Note 4 are gone and the new glass and metal composition from the S6 are here. This is all well and good but there doesn’t seem to be any sort of progress or refinement from what Samsung may have learned from the design of the S6. The rear glass is still slick and prone to smudging. This choice makes the Note 5 hard to hold and a little embarrassing to show to others without doing the quick little shirt rub.

Then there’s the same camera bump on the back; it’s still not flush with the rest of the device. The Note 5 is a bit bigger so it looks more squared which is consistent with other Note devices. It has an added .6 inches of diagonal display length so that’s pretty cool which helps include the stylus into the form factor of the Note 5. 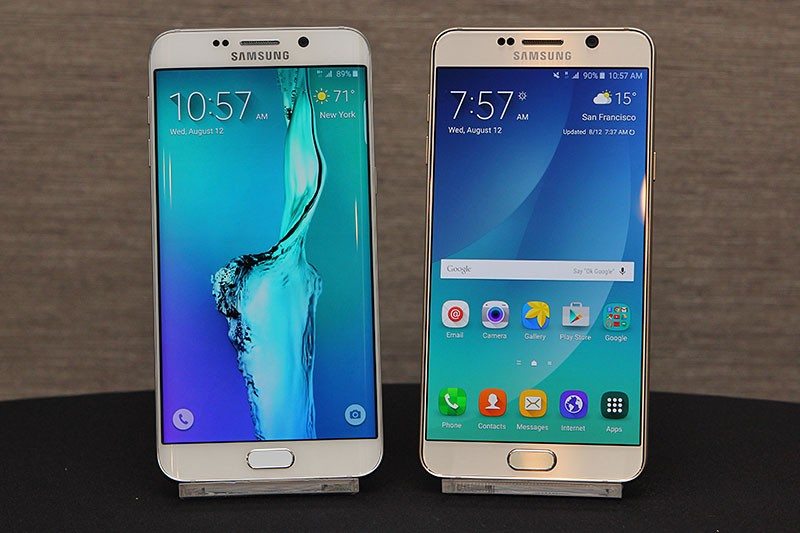 The Note 5 may not look too different and it’s really not too different under the hood either. The same processor, an extra gig of RAM, the same camera sensor, no removable battery, and no micro SD card slot but there are a few improvements. The screen is a bit larger with the same QHD display resolution and the S Pen has been improved. In reality, the only reason you buy the Note 5 is for the S Pen.

There aren’t any huge new features with the S Pen besides the ability to take notes without waking the phone. Basically, the Note 5‘s screen is off, you pull the stylus out, and the Note 5 launches into a specific black screen mode to record handwriting notes without needing to waking the phone and then launching an app. It’s more in line with some really great tweaks; the new S Pen is easier to use, more intuitive, more fluid. If you loved the last version of the S Pen then pick up the Note 5 as soon as possible.