Are smart speakers listening to your secret conversations?

Smart speakers like Amazon Alexa and Google Assistant have made our lives easier and our homes more secure. You no longer have to search for your smartphone or tablet every time you want to play your favorite music or look something up. And they let you know whenever someone is at your front door. Yet, with more convenience, we seem to be giving up more of our privacy. Your smart speakers may be listening to your private conversations. 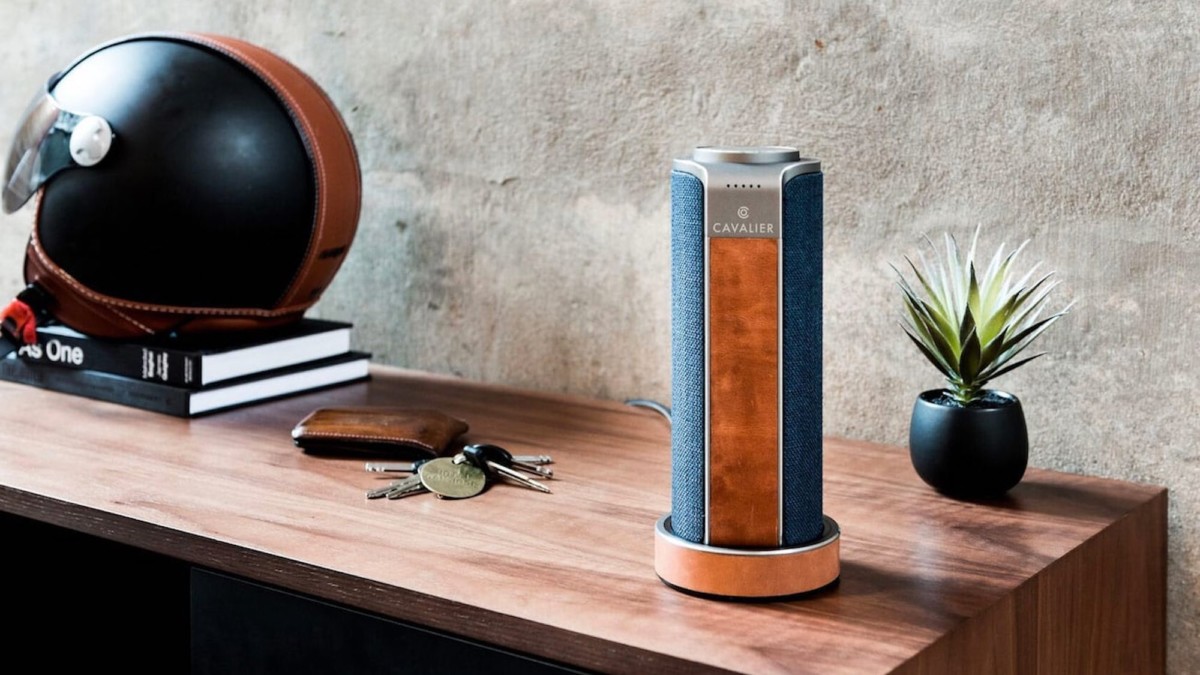 With 24% of US adults—60 million people—owning smart speaker devices, it’s safe to say that the technology is pretty popular. Many of us own more than one, and the average smart speaker home contains 2.6 devices. Alexa and Google Assistant have made our use of technology easier and more convenient. But, along with these benefits, we’ve lost some of our privacy. 2019 saw reports that smart speakers are always listening to us. So, are your smart speakers listening to your secret conversations? Here’s what we know. 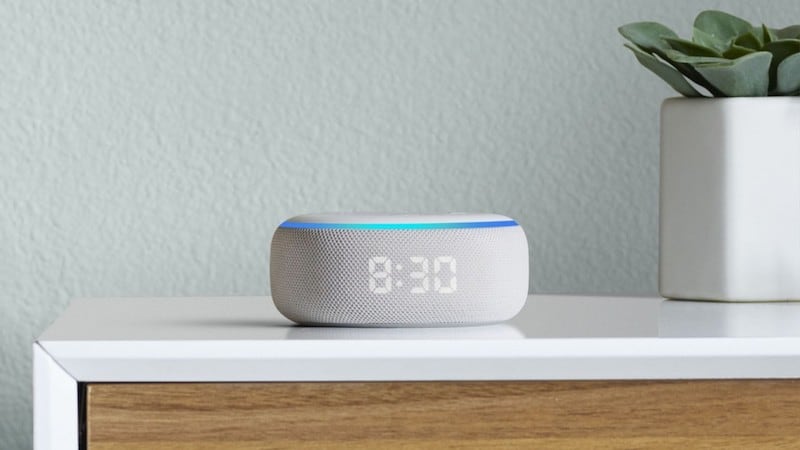 Back in April 2019, Bloomberg News and The Guardian published separate reports of whistleblowers. These Apple and Amazon employees said they had listened in on private conversations through Siri and Alexa. The instances included drug deals, couples having sex, and a child screaming for help.

According to Bloomberg, Amazon Inc. has thousands of employees around the world dedicated to helping Alexa improve its speakers. Teams listen to the voice recording captured by Echo in people’s homes and offices. The employees transcribe, annotate, and use their findings in software updates. This helps eliminate lags in Alexa’s comprehension of human speech. It also helps the device respond better to commands. 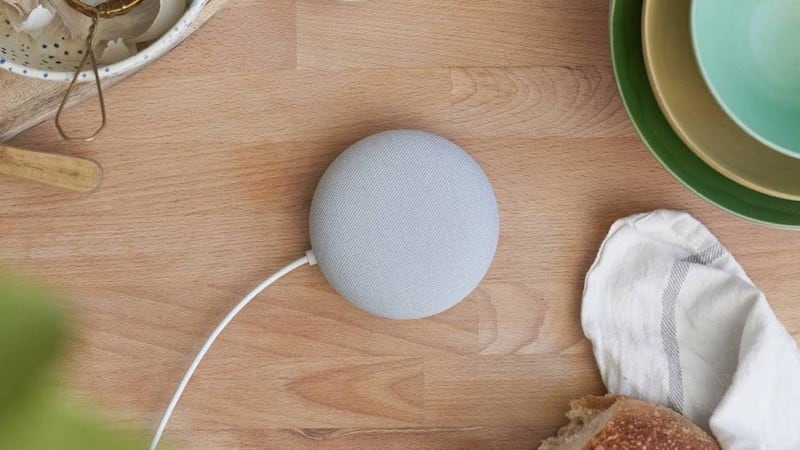 But, as consumers, we often forget that there is a certain amount of teaching involved in creating smart devices and that humans must do the teaching. If you haven’t thought about that before, the idea that an Amazon or Google employee might hear what you’ve said is disconcerting. The training these devices undergo isn’t done by you, the customer. Employees do it, using your voice recordings.

Back to our original question. Are smart speakers listening to your conversations? In a way, yes. There is a part of Alexa that always listens to what you are saying. This is so that she can detect her wake word. GeekWire reported that when on a PBS episode of Frontline, Dave Limp—Amazon devices chief—insisted Alexa isn’t a listening device and then described how she’s listening:

“I would first disagree with the premise. It’s not a listening device,” Limp said. “The device in its core has a detector on it—we call it internally a ‘wake word engine’—and that detector is listening—not really listening, it’s detecting one thing and one thing only, which is the word you’ve said that you want to get the attention of that Echo.” 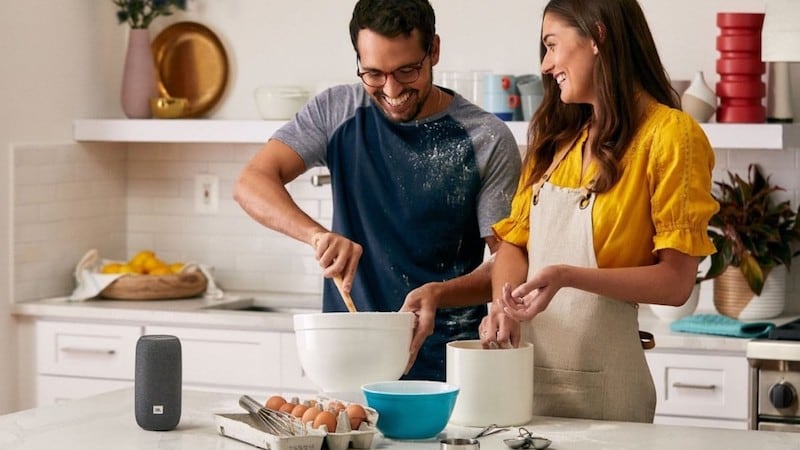 Furthermore, Forbes reports that even if you don’t use her wake word, Alexa can turn on and start speaking to you. This happens to almost every Alexa owner. An Alexa-powered device can have a maximum of three false starts per day. This means that Alexa commonly listens without you speaking to her.

Forbes notes that Alexa is always listening because Amazon uses cloud computing to work with every word that its smart speakers capture. So Alexa sends all of the words it records to Amazon’s cloud service. There it gets transcribed before Alexa can follow your request. This includes simple commands like “what’s the weather” or “set an alarm.” The device itself does not have the technology to process voice commands on its own. Then, your voice recordings go to those Amazon employees around the world who analyze what you’ve said. All to “improve” customer experience. 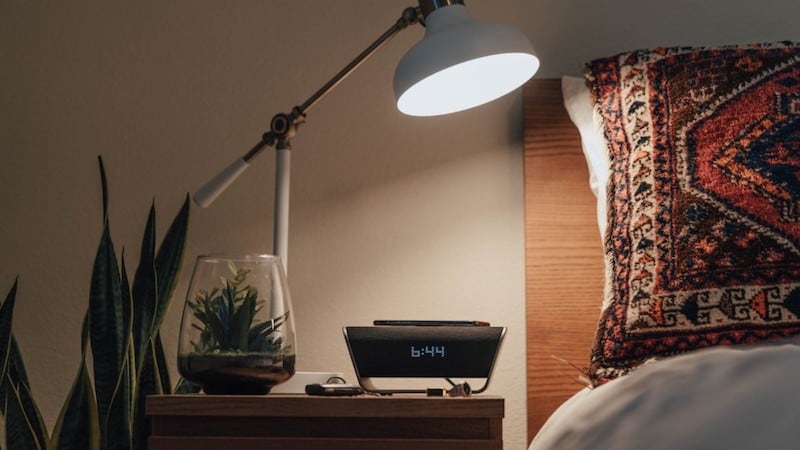 Are there alternatives to cloud-based teaching?

Thankfully, yes. Forbes interviewed Joseph Dureau, the CTO of Snips. Dureau says, “There are, thankfully, alternatives to this model. For example, Snips runs speech recognition and natural language understanding on the device itself, which means that no voice data ever leaves the device. This ensures that no private conversations go to the cloud, even in the case of wake word false positives.” Snips developed an assistant similar to Alexa that doesn’t use cloud-based teaching or language processing.

Amazon says you can disable recording

For its part, Amazon says that you can disable its secret recording setting. However, while you can prevent Amazon from using your recordings for product development, you can’t do so during normal operation. So if Alexa picks up something in addition to your command—a background conversation, for example—that voice snippet will go to the cloud. Your voice request will go there, too. Also, if Alexa listens in by mistake during one of those false starts, that recording will make its way to the cloud as well. If you choose to deactivate the recordings, Amazon sends you a warning that new features may not work as well. 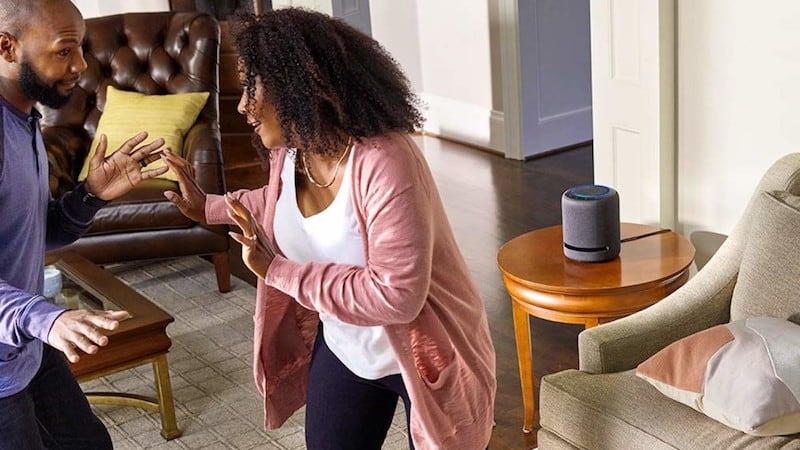 The data can come from crowdsourcing

According to the Forbes interview with Dureau, Dureau says, “Performance is, in fact, only minimally improved with the collection of more data past a certain point. “The volumes of data required to reach state-of-the-art performance levels can be crowdsourced in a few hours, and hence no one can justify collecting millions of end-user utterances every day to reach these metrics.”

The fact that Amazon and other tech giants amass such a collection of personal and potentially sensitive data—for no technical reason—is alarming. As a consumer, you’ve got to wonder, what do they intend to do with it all?

A security flaw that puts a billion devices at risk

With smart speakers already listening to your secret conversations, you won’t feel any better about the flaw ESET, a cybersecurity company, discovered last month. Technology Review reports that devices like the iPhone and Amazon Echo are vulnerable to a flaw that could allow hackers to spy on the information you send via Wi-Fi.

The flaw effectively disarms a password-protected Wi-Fi network’s encryption. This could let hackers watch the activity on your system as if it was wide open. Furthermore, the flaw affects devices with Broadcom and Cypress Wi-Fi chips, which feature in many gadgets—such as Apple, Google, and Samsung phones. Luckily, companies have already sent security updates to fix the issue. The best you can do to ensure your security is to keep your computers, phones, and all internet-connected devices up to date. 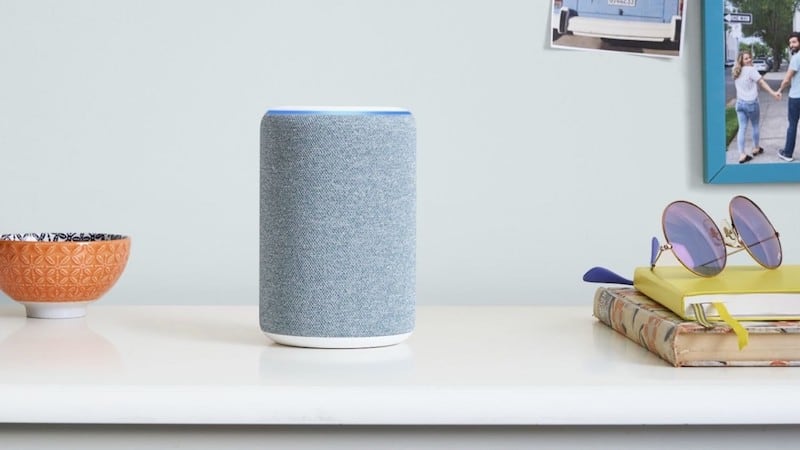 You can always jam the microphones

One couple has taken their Alexa’s security into their own hands. The New York Times reports that when Mr. Ben Zhao bought an Alexa-enabled Echo speaker for their Chicago home, his wife, Heather Zheng, disapproved. She disliked the device in her home and office because, as we know, they’re always on.

Both computer science professors at the University of Chicago, Mr. Zhao and Ms. Zheng decided to develop a way to disable Alexa’s microphone when they wanted absolute privacy. With the help of an assistant professor, Pedro Lopes, they created a bracelet of silence that jams microphones from eavesdropping.

The bracelet looks like it means business with its spiky transducers and oversized cuff. Overall, the bracelet has 24 speakers that give off ultrasonic signals. The sound is imperceptible to people, but microphones in the room will detect the high-frequency noise. In sum, it’s a little like a digital piece of armor that protects you from recording devices.

Devices that disarm microphones are bravely trying to maintain our privacy. However, Woodrow Hartzog—a law and computer science professor at Northeastern University—points out to the New York Times that it’s a cat and mouse game. Technology companies have unlimited resources that they’ve earned from us, their consumers. They will always develop a way around any blocking device. Finally, Hartzog believes that, instead of building individual defenses, we need lawmakers to pass legislation that protects our privacy and data.

How can you protect yourself from your smart speaker?

Our smart speakers are listening to us. But it’s helpful to know that there are some ways you can control what it records. In August 2019, The New York Times published a handy guide on how to adjust security settings on your smart speakers. Here’s what it wrote about Amazon Alexa.

Here’s how to opt-out of human vetting:

Here’s how to delete your voice recordings:

Here are other precautions to take with microphones and cameras:

While smart speakers might not actually eavesdrop on your conversations, they certainly have the potential to record them. And an Amazon employee might hear them. The good news is there are steps you can take to minimize smart speakers’ intrusion. But the best way to outsmart the smart speakers is probably for consumers to demand better privacy legislation.