With over 15 years of experience as an Art and Creative Director, Ran Cory has now stepped into crowdfunding and marketing for startups for the past three years. It is not surprising to know that he has already used his expertise to raise millions of dollars for his clients. He considers his secret to be creative thinking!

We had an opportunity to interact with him the other day and got some really good input on the crowdfunding industry and how to make your mark here. Here’s a quick look at everything we discussed.

Me: What made you think of stepping into the world of crowdfunding marketing?

Ran: I have worked for 12 years in major advertising agencies as creative director and art director. After conducting many successful creative campaigns for many large brands, and after winning numerous international advertising awards, I felt I was ready for a new challenge.

A friend of mine invested in a startup called ANGEL. He decided to run a crowdfunding campaign and asked me for help. I worked with his team day and night. I changed their strategy, created a new video and worked with the team on the campaign content. ANGEL raised in $334,000 in only one month. It was an amazing thrill. I was very satisfied that I could be of help to these entrepreneurs in realizing their dream. Today they have become an established company. I feel proud to have helped in making it happen.

Me: Where do you think crowdfunding campaign creators are going wrong with marketing today?

Ran: New campaigners believe that if one strategy or video has worked well for another campaign, they should copy it, and they will obtain the same success. In most cases, they fail.

Today there are thousands of live campaigns (8,000 on Kickstarter, 6,000 on Indiegogo). The competition is enormous. You need to be different, to attract attention and to be more creative. If you do the same thing as everyone else, you will not be able to stand out of the crowd and to be noticed. 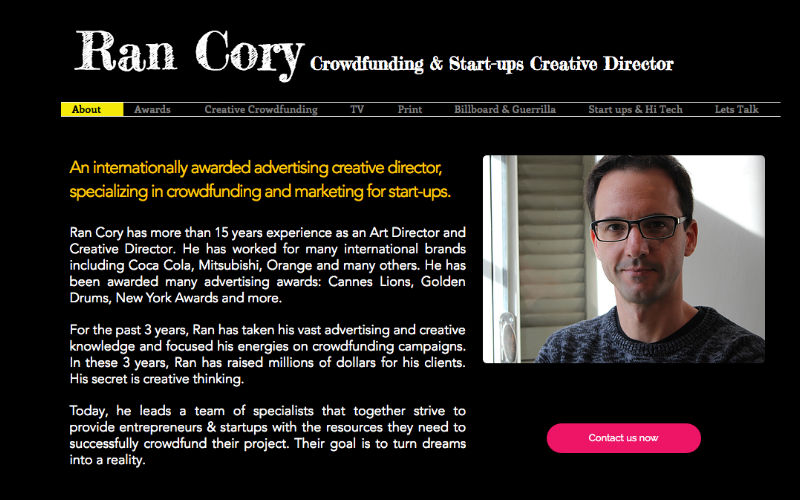 Me: What, according to you, are the key ingredients to make a perfect crowdfunding campaign?

Ran: An amazing product, a creative campaign, a well prepared and executed PR and social outreach. Many campaigners think that they have an amazing product, and all they need to do is to upload a video, and backers will come… and they don’t.

If all three components are not professionally done, the campaign’s chances of being successful are slim.

Me: How important is creative thinking in the world of crowdfunding?

Ran: I believe that a creative campaign is a key factor in a successful campaign. For instance, you can refer to my Silent Partner campaign. People loved the video and shared it with their friends and families. The campaign became very viral, and we managed to raise more than $700,000!

Me: Do you agree with having a pre-planned social media campaign strategy for a crowdfunding campaign? How important is it according to you?

Ran: The social media campaign is important before and during a crowdfunding campaign. You need to know your audience, their needs and why they should like your product.

Before the campaign goes live, you will need to build up a large social following, so once you launch your campaign, they will help you to spread the word to their social networks. You can also invite them to become your brand ambassadors. Sometimes, they are the best way to promote your campaign.

Me: You have been in the advertising world for a long time now. What kind of shift have you noticed in marketing strategies with the evolution of the world wide web?

Ran: When I worked in the traditional world of advertising (TV, radio, newspapers and billboard) I created a campaign mainly by gut feeling and experience. I could not ascertain the success of the campaign. Furthermore, I had to advertise to a very large community even though I targeted only a specific audience.

In today’s marketing world everything can be tested. I like to test different strategies before the campaign goes live. I can test different videos or headlines of the campaign. I talk to the brand’s core audience and get a lot of important insights and feedback. In the Internet era, I know how to reach those people who are interested in your product, those who are more likely to buy your product.

Me: How similar and different is mainstream brand marketing from crowdfunding marketing?

Ran: The similarity is that in both cases we are addressing people. All people share the same emotions like love, hate, worry, smile and more. You need to touch people to make them want your product.

The main difference is that in crowdfunding campaigns, people love the personal side. They like to see who are the founders, what kind of person they are. People in a crowdfunding campaign like to buy from a real person, a person that they will believe in, the one that will make them believe he can make a change in the world.

It also has some of the aspects of reality TV. People like to see the person behind a successful campaign, to dream that one day they will have an amazing idea, that they will crowdfund and that they will be in that person’s shoes. 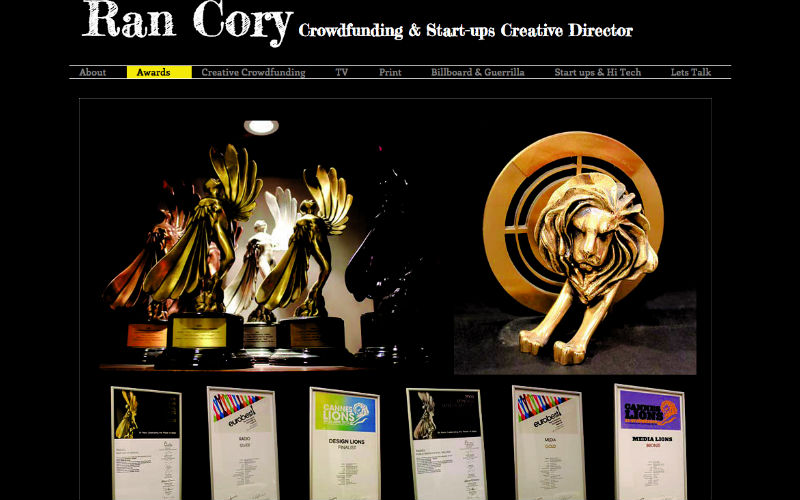 Me: Do you think a pre-launch marketing campaign works for a crowdfunding project? Why?

Ran: The pre-launch campaign is crucial. You must build a big mailing list of potential backers, so once you launch your campaign, it will have its first momentum. People will want your product if they see that everyone else is buying it. It’s the crowd wisdom.

I always compare it to the full and empty restaurant syndrome. When you go out to eat, and you see two identical restaurants, one of them empty and the other full of people, to which one will you go to dine? The same applies to crowdfunding campaigns.

Me: Which is a better crowdfunding platform according to you – Kickstarter or Indiegogo?

Ran: Kickstarter and Indiegogo are the best platforms for crowdfunding. Each one has it pros and cons. It depends on your product, your audience, and your location. You can find great campaigns that raised millions in both platforms. My suggestion is to study them both and to see which will help you promote your product best.

Me: Any tips for upcoming crowdfunding projects? What kind of benefits can they expect from your advertising platform?

Ran: My tip is – Don’t do a crowdfunding campaign if you don’t know how. You cannot erase a bad campaign from the internet.

I believe in CREATIVITY. That’s why I always try to make my campaigns creative and special. I am always looking for a new way to tell the story. Doing the same thing as everyone else is boring. So don’t be boring! Be creative!

They are the one-stop hub for a successful crowdfunding campaign. To get more details, please visit www.rancory.com today!