Xiaomi now has a CyberDog in its fleet, and you can even buy one yourself today

Xiaomi has entered the robotics arena with its new CyberDog quadruped companion bot. The dog-like robot features a wide range of onboard tech along with open-source development tools. What can it do? Read on to find out more! 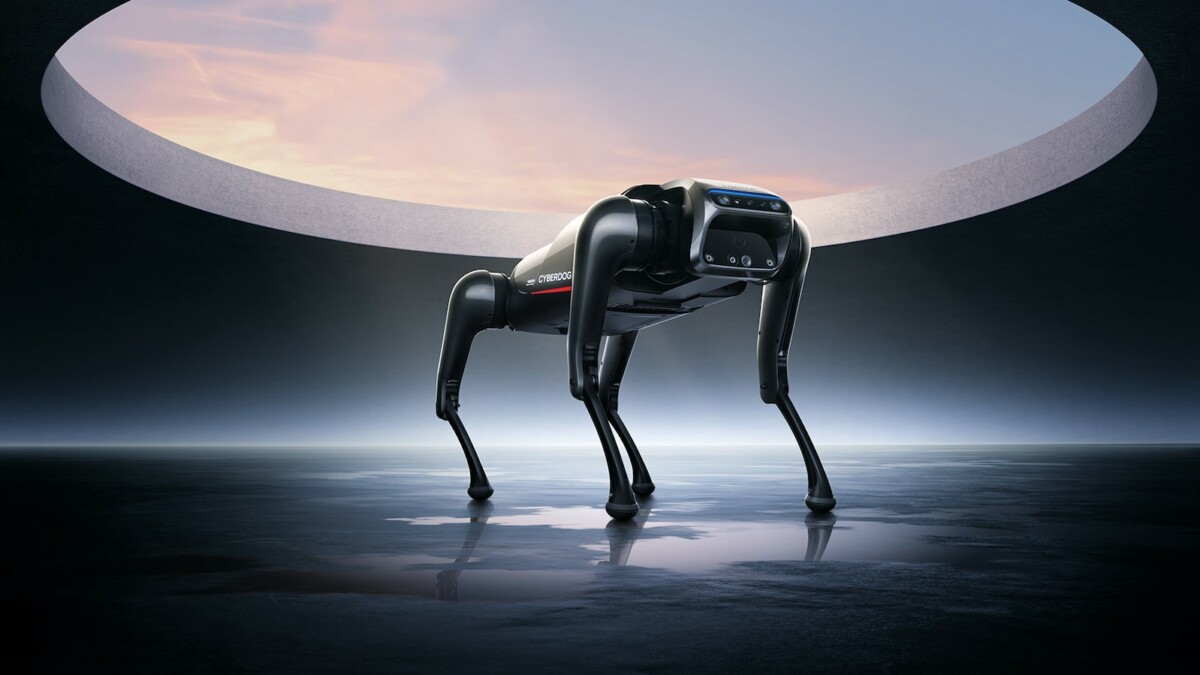 If you’re not already familiar with Xiaomi, this Chinese company is a giant in the tech industry. This month, it announced a new project: The CyberDog Open-Source Quadruped Robot Companion.

At first glance, it looks much like the bots produced by Boston Dynamics. More eerily, it brings to mind a certain Black Mirror episode titled “Metalhead.” However, as fans of AI and robotics, we’re eager to see the positives this futuristic technology will offer the world. Let’s take a closer look at this cybernetic robo-pup and see what kind of tricks it can do.

CyberDog has a powerful, agile design

Xiaomi’s CyberDog is, unsurprisingly, quite advanced. It can move quickly—up to 3.2 m/s—and can even perform agility maneuvers like backflips. Servo motors are created in-house and help provide a wide range of motion with significant torque and rotation speeds.

An AI supercomputer powers CyberDog. It uses the NVIDIA Jetson Xavier NX platform bolstering 48 Tensor cores, 384 CUDA cores, and a 6 Carmel ARM CPU. Topping that all off are 2 different deep-learning engines. The D.L. engines allow the bot to interpret data collected through its sensor systems. Meanwhile, 11 of these sensors (cameras, touch, and GPS, for example) are used and modeled after biological organisms. Their purpose is to help guide movements and interact with environments.

It also has a 6-microphone array and can carry a 6.5-pound payload. While we suppose that rules out saddling it up and riding it across town, we’ll hold out hope for that in a future model.

Those who know Xiaomi are likely aware of its presence in the smartphone market. Well, by tapping into the imaging tech already available in the brand’s mobile devices, CyberDog can process the world around it. Between the previously mentioned sensors, a RealSense D450 Depth module, and advanced vision algorithms, there are plenty of opportunities to take in information and interact with users.

For example, human posture and facial-recognition tracking allows CyberDog to find you. You can then use its voice recognition features to speak commands. It can even use centimeter-scale obstacle avoidance to follow you, navigating around objects along the way. Pretty cool, right?

CyberDog comes with a variety of other ways you can work with it as well. Moreover, there’s a dedicated smartphone app that lets you connect voice assistants or set wake words. The app can also be used as a remote control. You and developers can expand hardware and software options even further with the 3 Type-C ports and 1 HDMI port. It will be interesting to see what kind of additional add-ons and accessories might become available with time.

Xiaomi wants to encourage developers worldwide to join forces and contribute creatively. In fact, with this advanced technology and user co-creation, the possibilities are endless. Open-source algorithms and in-house core modules lend themselves to this effort. There’s plenty for developers to work with here, and the more that CyberDog is used and interacted with, the further it can succeed. Collaborative design isn’t uncommon in robotics either, so it’s always interesting to see what kind of new abilities stem from this sort of work.

The robotic companion you’ve been waiting for?

Already, Xiaomi has released 1,000 units of CyberDog to fans and engineers. With time will likely come more availability and greater enhancements. Robotics have certainly come a long way very quickly, so it’s fascinating to see a bot so advanced becoming publicly available so soon. It’s also incredibly exciting. After all, how great would it be to have a canine-like robot companion tagging along with you? I mean, it even does backflips! How cool is that?

Xiaomi’s CyberDog is coming soon and will be available for $1,540. More information is available on the official website.

Those interested in the latest electric vehicles will be happy to hear about the new Damon HyperSport. It’s an all-electric sport bike that’s loaded with high-tech features and safety enhancements. Are you ready for a safe, smooth, energy-efficient ride? Well,..
Popular Blog Posts