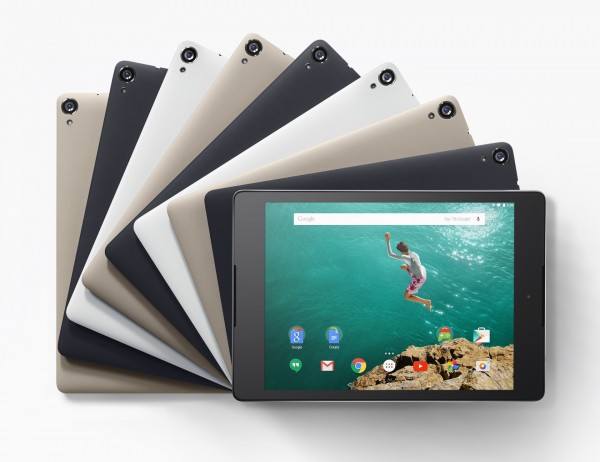 Recently, tablets have really hit their stride. It’s no longer just Apple’s game anymore, NVIDIA, Samsung, Microsoft, even Amazon are building some extremely powerful machines that are no longer just a child’s toy or a mediocre replacement for a computer. The faster processors and sleeker interfaces are a welcome improvement over their slower predecessors. Google made one of the better tablets, the Nexus 7, but it was a budget tablet and not specifically geared towards the mass market. That all changes with the Nexus 7’s much larger heir and that change is certainly a good thing. 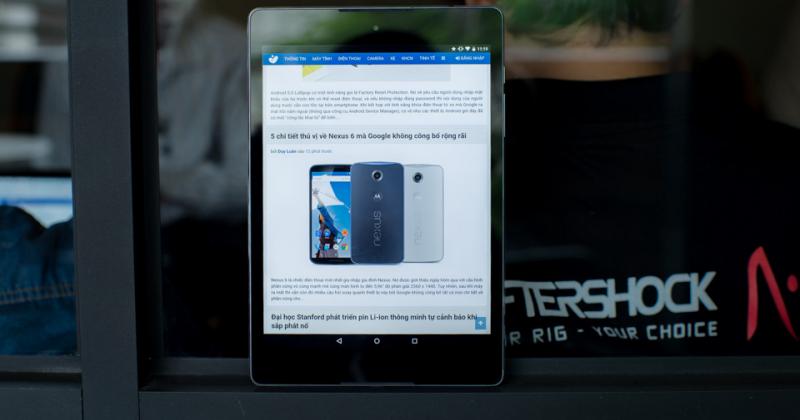 Google has decided to partner with HTC to create the Nexus 9 and you see it immediately at first glance. The metal edging and premium construction are a vast departure from the simple plastic build of the Nexus 7. You can tell this isn’t just another budget tablet; this tablet is built to kick some Apple butt. Even more ironically, the Nexus 9 will come in black, silver, and a light gold color, you know, because Apple has those colors. Technically, it’s called tan not gold but we all know what they’re doing.

In case you hadn’t already figured it out, the 9 stands for the 9 inch diagonal width of the Nexus 9’s screen. Technically, it’s 8.9 inch but Nexus 8.9 just isn’t as clean so 9 it is. After you’re doing staring at the wonderfully sharp display, you’ll notice a slight gap at each of the narrow ends. Another sign of the HTC manufacturing, these gaps are where the dual front facing Boomsound speakers are hidden. In other words, you can definitely have fun with this tablet. Additionally, while the sides and front have quite a bit of premium finish, the back is a soft touch plastic so you can keep a better grip on it. I like this choice, those iPads can get slippery after awhile. 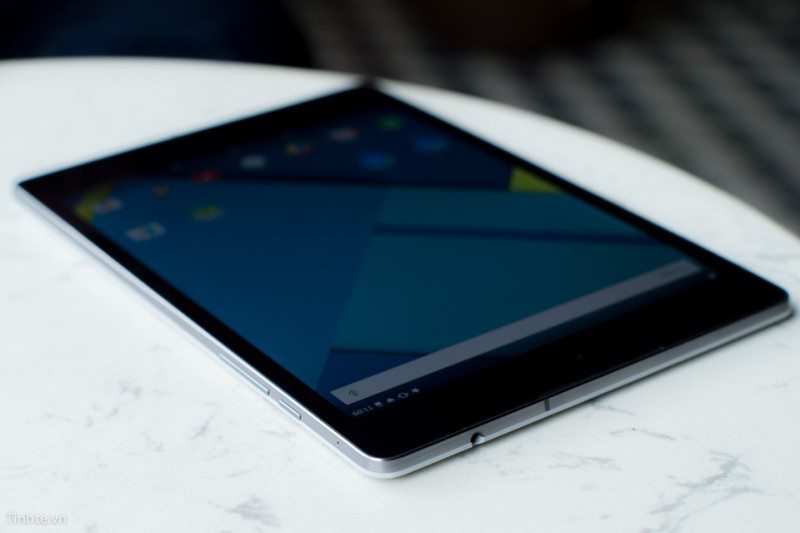 While the Nexus 7 wasn’t a slouch, it certainly wasn’t the most powerful tablet out there. With the Nexus 9, it takes the crown from the reigning king of power, the NVIDIA Shield. The Nexus 9 actually takes the processor from the Shield and beefs it up. It also has a huge battery so you’ll get quite a bit of use out of this tablet because that fast processor is going to be more efficient at accomplishing any tasks that don’t require maximum power.