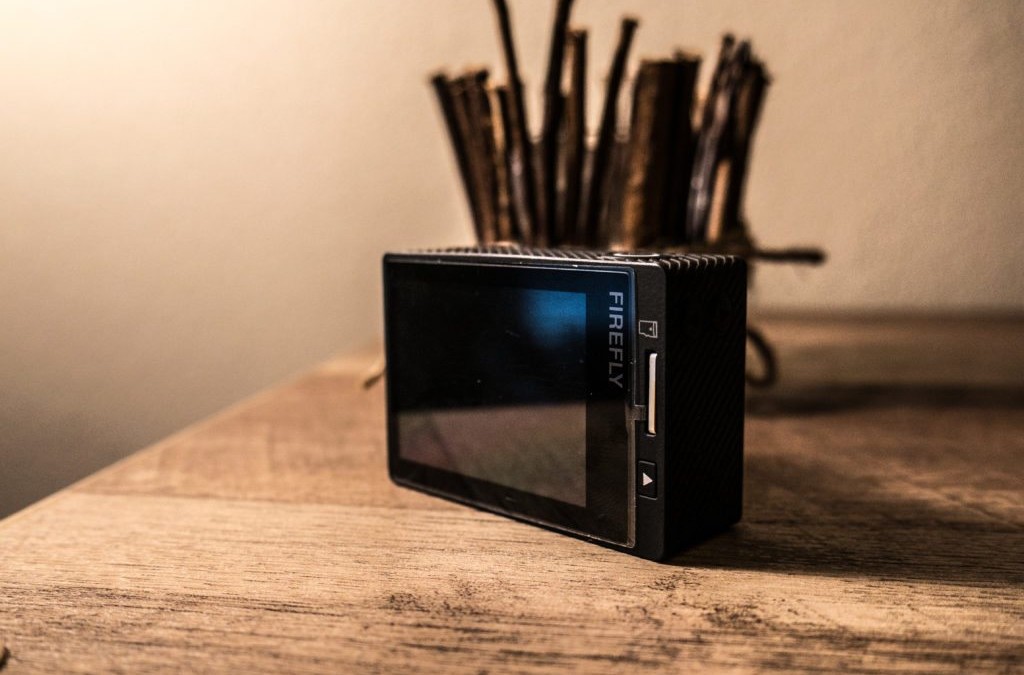 So you want an action camera? Your first thought is to get a GoPro, right? Everybody has one plus those viral videos on YouTube with the awesome stunts are fun to watch. But maybe your life (much like mine) isn’t so action packed to warrant a full price GoPro which hovers around $400 with sales being few and far between. You could opt for the cheapest GoPro at only $150 except you’d be missing a few features you’d need to pay another $100 for. Or, you could get a worthy GoPro competitor and keep the extra features while saving a few bucks.  Enter the Hawkeye Firefly 8S. Let’s talk about those features: 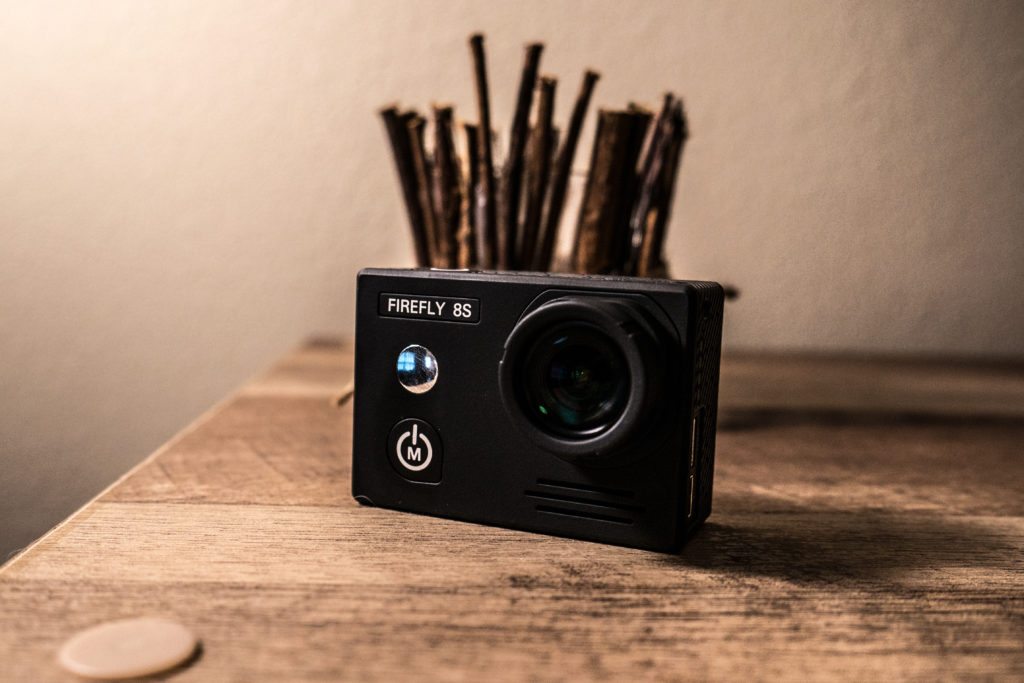 For the price, the Firefly 8S is shockingly packed with features. It supports the typical 1080p resolution of other cameras in its price bracket but it also does 1080p at 120FPS and 4K video at 30FPS. So, not only do you get crisp, clear video, you also can do epic slow motion. There’s also a time lapse mode and a dashcam mode, both unexpected and welcome bonuses, along with an extensive photo mode.

The Firefly 8S can do up to 16M photos, has a self timer, burst mode, timelapse photos, and even long exposure. It’s not as extensive as a proper DSLR or mirrorless camera but, for an action camera, these features are welcome at the price point.

The Firefly 8S is built well; no rough edges, no shoddy plastic, very well done. There’s a rubber layer along the top, side, and bottom edges to make it easier to handle while the front panel is soft touch plastic. The back panel is where the micro SD card slot lives next to the screen, which is not a touchscreen unfortunately but understandable considering the other features packed into the Firefly 8S.

[tweet_box]The Firefly 8S is an awesome #action camera for an even better price! Check it out![/tweet_box]

Instead, you operate the camera with 4 buttons: one main button functions as your power/mode/exit on the front while the top has the enter/record button. Plus, the right arrow key gives how you access the settings. Using the buttons are not immediately intuitive due to the naming of them in the software but stick to my naming of them and you’ll manage just fine. 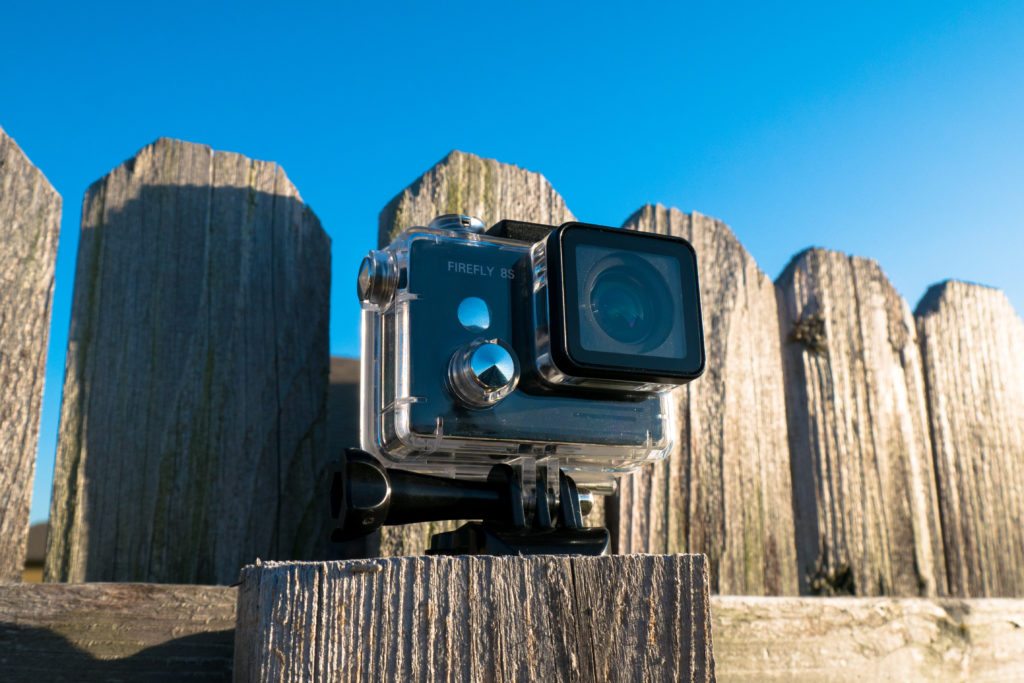 Once you know the buttons, the Firefly 8S is a breeze to use. You charge it via the included USB cable for up to an hour and thirty minutes of run time. You can transfer the videos from the camera directly without taking out the micro SD card or you can display them directly on a TV with the mini HDMI port.

Once recording, the rear screen does turn off after 30 seconds to save battery life but a quick tap on the arrow buttons reactivate it if you need it. But, you can tell you’re recording when the front button is flashing. Plus, the tripod mounting point on the bottom makes it easy to take pictures or set up well-framed videos; you’re not restricted to a proprietary case or mount or a conveniently located resting place. 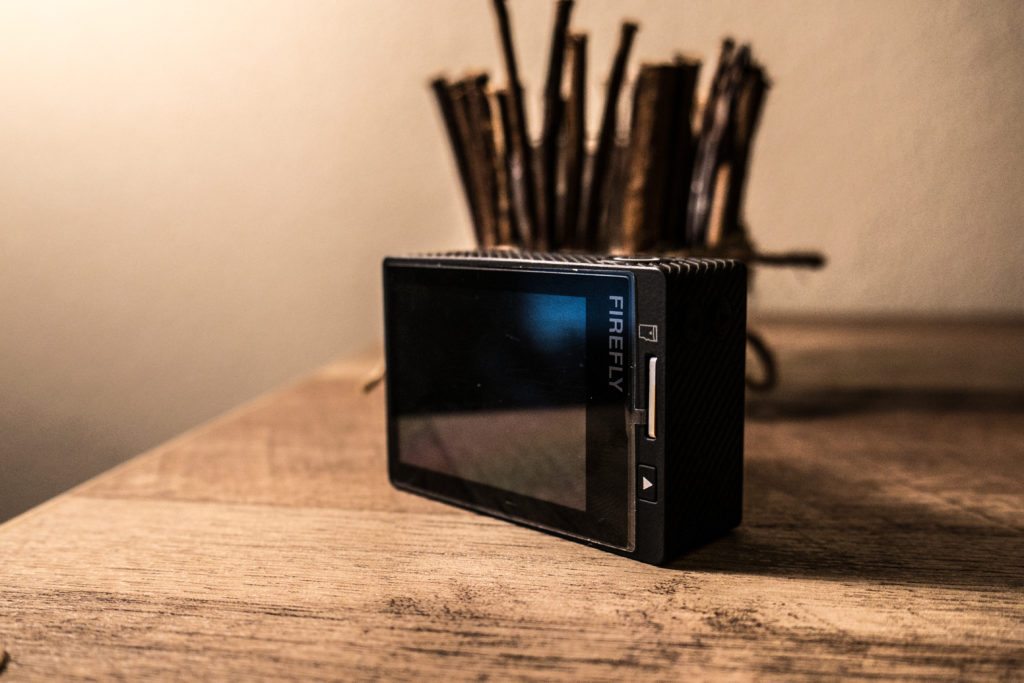 The particular model I reviewed hovers around $130 with occasional sales pushing it down to $125. Either way, for the features, this is an excellent price.

The Firefly 8S is a suitable alternative to a GoPro for significantly less dough. Who doesn’t love a good value?

I’d like to see a suction cup mount included in the box as well as an option to keep the back screen on during recording.