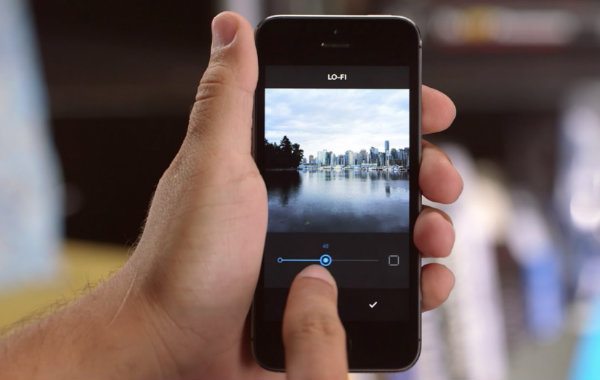 Brunches, vacations, concerts and selfies have always had a place on Instagram. Since it’s launch in 2010, the app has made photo sharing easy with its clean, simple interface and filters that give pictures a unique, error-correcting touch. Instagram has become a popular choice for many with smart phones and tablets, and while they still remain at the forefront of photo sharing, they’ve been paying close attention to feedback from their users. It would be hard to miss the signs of Instagram fatigue: people opting for #nofilter, the merciless Kelvin-bashing, and the ‘let me Instagram this’ punchline. As much as people love Instagram, when you can spot the difference between X-Pro II and Lo-Fi at a glance, it’s time to change up the options. And change they have.

Early last week, Instagram released an update to both the iOS and Android apps that gives users the ability to fine-tune photos more than ever before.

Though Instagram has carved out a strong foothold in the world of photo sharing, the company was finding that many photographers (specifically intermediate and professional photographers) were going to third party apps for their editing needs. Paid apps like Camera+ and Photoshop Express were the only mobile apps that allowed users to customize and edit their photos beyond the one-size-fits-all ‘lux’ option and a slew of artsy-but-indelicate filters.

Instagram 6.0 changes that. It remains free in the App Store and the new update brings with it editing tools that rival both Camera+ and Photoshop Express in functionality and outright beat them both in price and sharing ability. Instagram has added adjustment options for orientation, brightness, contrast, warmth, saturation, highlights, shadows, vignette, tilt shift, and sharpening. These adjustments are intuitive and powerful in a way that contends with not only other mobile editing apps, but even certain ‘lite’ desktop apps like Autodesk’s Pixlr Express.

I think we’ve bungled a few good photos with a bad filter choice (looking at you, Sutro), but with the update, you have more options for editing and customizing your pictures without ruining them with a too-heavy filter.

There If You Need It, Hidden If You Don’t

The features are great, and once people start using them, they’ll really change the way that users perceive Instagram. But one of my personal favorite features in the update is the intelligent redesign that shows real attention to detail and consideration for the user/UX.

In many ways, the new Instagram looks much the same: your feed looks almost exactly as it did before, and the little blue camera button is still how you start your uploading/editing/sharing process. In the editing panel, however, you now have three buttons across the top that house your editing options. The first is for filters, the second for the lux feature, and the third for other options (brightness, warmth, contrast, etc.).

The panel defaults to filters, so users who may choose not to take advantage of the new options won’t have to wade through controls that they won’t use. Filters can still be selected and applied in much the same way, but now a double-tap on the filter will let you customize the intensity of the filter to bring out the best in your photos.

With 6.0, Instagram has done what we wish more of our favorite apps would do: they’ve listened to what users have to say, they’ve realized where the flaws in their app lie, and they’ve made the app functional and simple enough to compete with $1.99 apps (plus in-app purchases) while keeping it totally free. Now if only we could bring back Twitter integration…