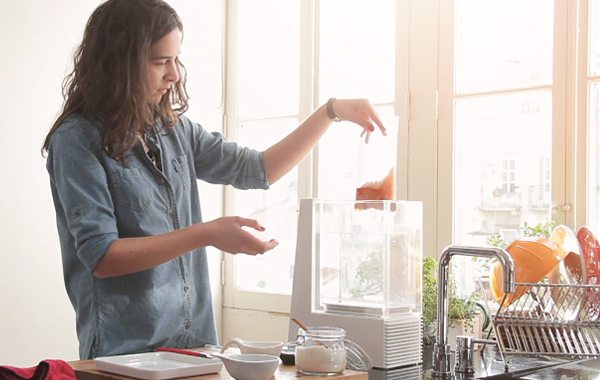 Home-cooking has had a drastic transformation in its old-school methodologies ever since smartphone compatible kitchen gadgets stepped into the horizon. The daily adventure with food is more an operated process today where you could have your steaks grilled or your early morning coffee prepared without you doing anything. It’s like being in this magical palace where your food cravings get attended to automatically by using simple hand flicks, in this case, by flipping through your smartphone’s interface. We’ve also seen 3D printed food technology that has made the process of cooking an even smarter form of art.

But what lies henceforth is especially targeted for those who juggle between their work and family everyday. Cooking after a long day at work doesn’t really seem refreshing at times and that’s what led foodies from FNV Labs to create a culinary masterpiece for balancing the modern lifestyle. Using the principles of sous-vide cooking, they have created a smartphone controlled “kitchen robot” which cooks your favorite platter without making you go through the tough job. That’s Mellow – a name capable of becoming one of the biggest in the next generation of home cooking.

Sous-Vide literally meaning “under vacuum” in French, has been one of the unique styles of fresh cooking that ensures your food be cooked evenly and taste delicious once done. The team behind Mellow has been very particular in using the precision that lies behind this technology in their device so that the end-result turns out to be fitting to your taste. Now, sous-vide is already a popular form of cooking in restaurants but Mellow’s target is different. What they wish to do is incorporate this methodology in home-cooking such that the process becomes automated and delicious at the same time. This isn’t the first sous-vide machine for home-cooking but it definitely has the potential to be the best in the lot. As described by Slashgear in their review on Mellow, “We’ve seen domestic sous-vide machines emerge over the past few years, either taking the form of an all-in-one water tank or a heating element that’s clamped to an existing container, but Mellow steps things up for the smartphone generation.” Mellow has rethought sous-vide cooking in a way which fits beautifully in our smartphone encircled lives. 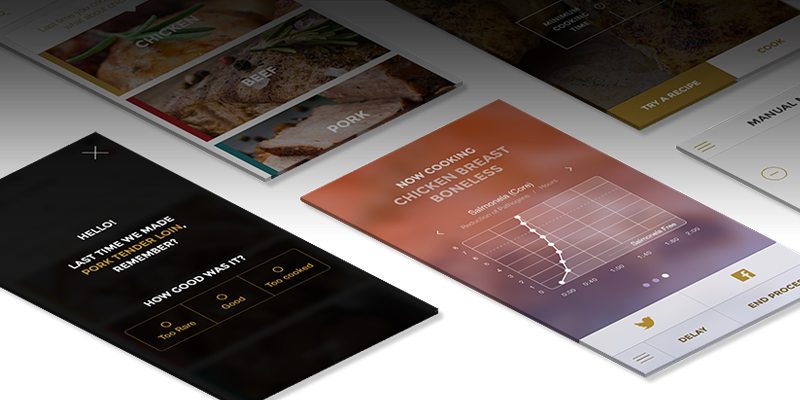 The process of cooking using Mellow is super easy. If you’re cooking teriyaki chicken for dinner today, you need only leave the task for Mellow to complete while you enjoy your day at work stress free like never before. All that’s needed to be done is pack the food with the ingredients in the zipped seal bag and drop it inside the water bath of Mellow. The weight sensor instantly knows that food has been placed within and so it sends a notification on the corresponding Mellow app asking for instructions. You could then set the time, temperature and mode of cooking that Mellow needs to follow henceforth and set out for the day. With its in-built refrigeration system, Mellow keeps your food chilled unless its time for cooking. That means you need not have to worry about your food’s quality when using Mellow. At night, when you return, you’d find your teriyaki chicken cooked to perfection. Voila! Cooking now seems to return to refreshing pathways even on weekdays.

Another good news is that since your food gets cooked on its own juices, it retains nutrients to a large extent as compared to other cooking techniques. It’s not just a tool that cooks your food regularly, moreover, it’s a kind of self-learner which cooks food pertaining to your preferences. So, depending on your feedback on teriyaki chicken this time, you can hope to have it more close to your taste next time you use Mellow. The notifications of the app ensures you know every bit about the cooking process even if you’re not on site. So, you could pretty much control each and every bit of cooking on Mellow without feeling any of the stress. That’s what I believe is the power of automation. 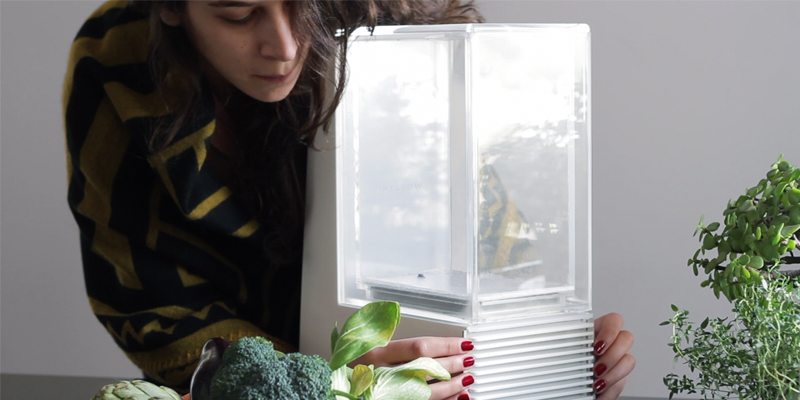 The double-walled transparent tank is energy efficient and removable incase you wish to change the water inside. Mellow doesn’t require cleaning or vacuum sealing of any kind. Since it displays your food through the glass tank, you get to see what’s cooking or will be cooked with a simple glance. The app being an absolute class is what makes this device one of its kind in the world of advanced cooking. It learns from your taste and lets your Mellow evolve in its cooking techniques. That way, Mellow is never going to be a gadget that operates without understanding your preferences. It’s as the team rightly says, “Mellow is less of a machine, more of a sous-chef.” With the first round of shipping scheduled to start from early 2015, Mellow is up for pre-order now at a price of $400. If you’re really looking forward to adapt to this new kind of technology that can reshape home-cooking, it’s time to take your call. Happy Cooking!