True Terror is a new comic about two female detectives 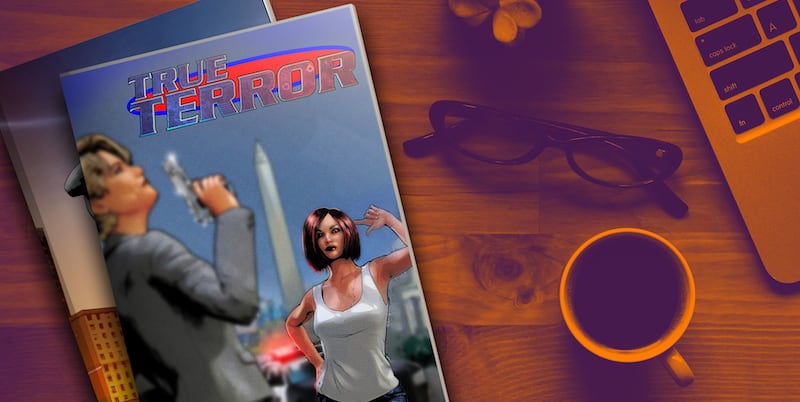 Marvel and DC do a great job of keeping us entertained with intertwined storylines and supernatural powers. But there’s one thing missing from these franchises: female protagonists. Even the heroines that are included are more often weak sidekicks or cerebral counterparts rather than butt-kicking action women.

True Terror is a brand new series that offers something different. This franchise brings together two powerful female detectives in an uneasy alliance, all in the name of stopping a devastating terrorist attack.

True Terror is a new comic book saga from award-winning screenwriter, Mitch Smith, and talented illustrator, Paul Anderson. Smith has previous success stories in the industry, with titles such as Ghost in the Family, 24/7, and Boy’s Club to his name.

This first book of the series introduces our two protagonists, Lynn and Mary. Contrasting in styles and personality, these two female detectives find common ground when it comes to tackling crime.

Their foe in this first book is a terrorist group known as “Allied”, who plan to crash a wedding with deadly consequences. Over the course of seven chapters and 168 pages, we discover whether Lynn and Mary manage to save the day. 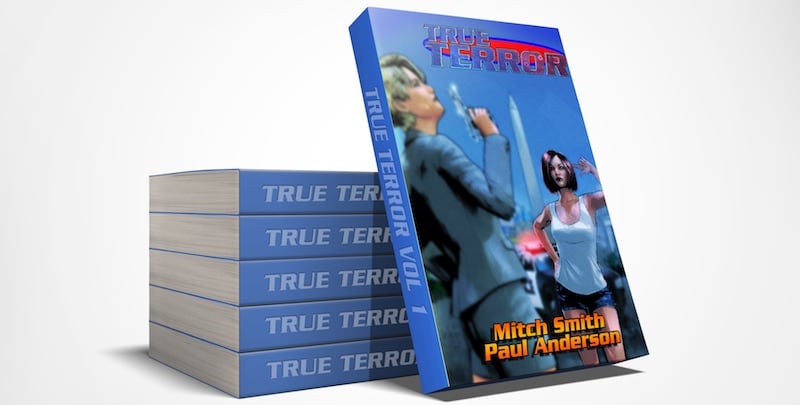 Mitch Smith came up with the premise for True Terror while bingeing on 1980s action movies, such as Die Hard. He noticed that, while these films were filled with great entertainment, they had very few strong female characters.

Inspired to produce something new, he got to work on creating a script. True Terror feels a lot like Lethal Weapon and other buddy cop movies, but with female detectives in the lead roles.

Paul Anderson’s illustrations really bring the plot to life, with bold colors and a gritty sense of style. As the series continues, the plan is to bring more up-and-coming creatives on board to expand the franchise.

Furthermore, this Kickstarter is already loaded with True Terror merch, including a Lynn and Mary T-shirt. Expect further such releases in time.

“True Terror is a pulse-pounding thrill ride with modern relevance and real-world connections…The story centers on a growing terrorist organization calling themselves “Allied,” plotting and executing an attack on American soil during a wedding ceremony, forcing two mismatched female detectives to reluctantly team up in order to prevent the next attack.” — Mitch Smith on Kickstarter 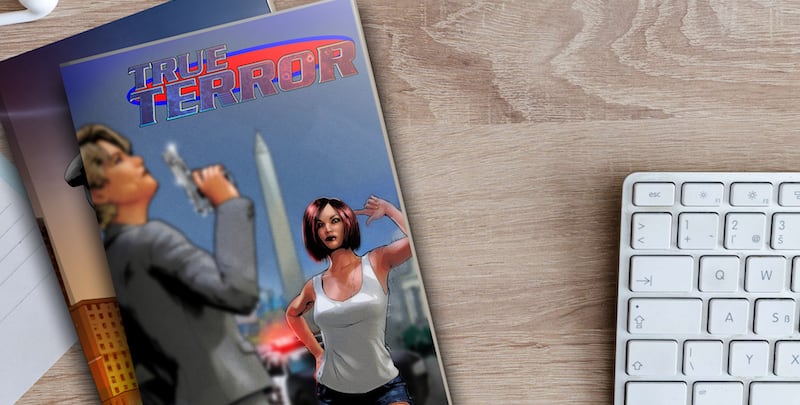 A fresh take on the buddy cop genre is very welcome, as is a female focus. This comic has been produced with love and care; hopefully, it will be the first of many.

Comic book publishing is a tough market. Consequently, there is no guarantee that True Terror will make it past the first couple of episodes. If you want to see this kind of storytelling, make sure to support the Kickstarter!

Want to impress a gamer this holiday season? These new gaming gadgets for hardcore gamers fit the bill. They’re not just new; they’re outfitted with the features serious gamers want, from an MMO mouse to a racing wheel with tactile..
Popular Blog Posts