Notion Monitors Everything You Own, And Then Some 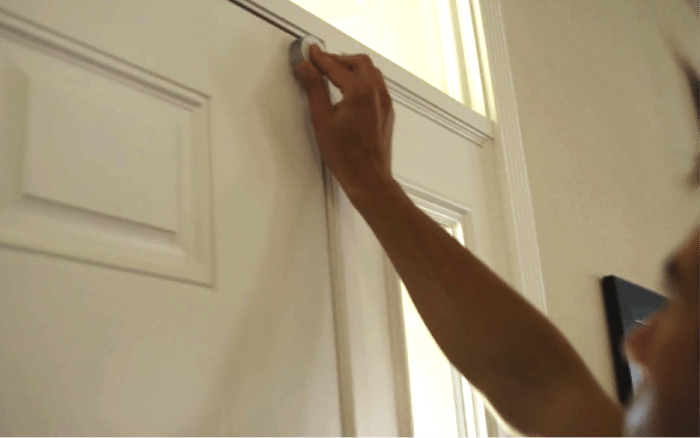 Home security has always been a buzzing topic. We have systems that require codes, call the police, detect intruders, and even pet monitors. The problem that these systems didn’t solve was customisation. No two homes are alike so why should your home security sensors be identical?

Notion sensor is a small and smart device designed to cater to your every need in home security and monitoring. The system has an incredible eight capacities which team up to alert you to the slightest or biggest movement, depending on your settings. The beauty in Notion is that it’s totally customisable; you can have alerts for nearly anything, and it can beef up your security repertoire. 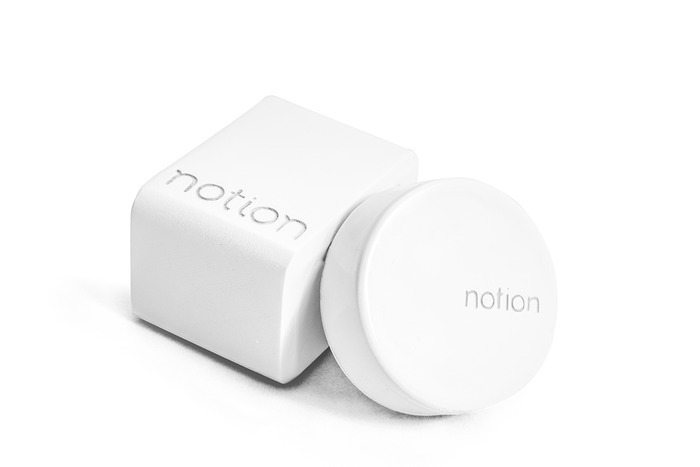 The basic Notion package has three elements: a sensor that can attach anywhere, the central communication hub, and an on-the-go app that will update you in real time. The battery operated sensor picks up anything you’d like to monitor with the multi-function settings and sends the data to the hub. The hub simply plugs into any outlet and gathers and distributes data through the cloud to your device using both iOS and Android. The device is where you can customise and edit your capacities; there’s no need to manually tweak the sensor or hub.

Sensors are attached to different objects in your house (like a door or back of a TV) with a safe adhesive. Users can have more than one sensor for each hub. In fact, if you’re really concerned about every inch of your house, you could have literally hundreds of sensors for your hub. The sensor has a battery life of two years so you can be confident that you’ll continuously get the best of the system.

The eight sensors of Notion are accelerometer, ambient light sensor, gyroscope (orientation), temperature sensor, piezoelectric transducer, proximity sensor, water leak probes, and frequency. Combinations of these sensors uniquely allow Notion to detect a variety of difference in the ambiance of your home. For instance, Notion can alert you that a laundry cycle has completed, a liquor cabinet door has opened, a gun safe has been accessed, a light was left on, or even the level of propane in your tank. Incredibly, you’ll get real time updates of whatever you’d like. Notion goes a step beyond other security and monitoring systems; it alerts you to things that you couldn’t detect even if you are home. 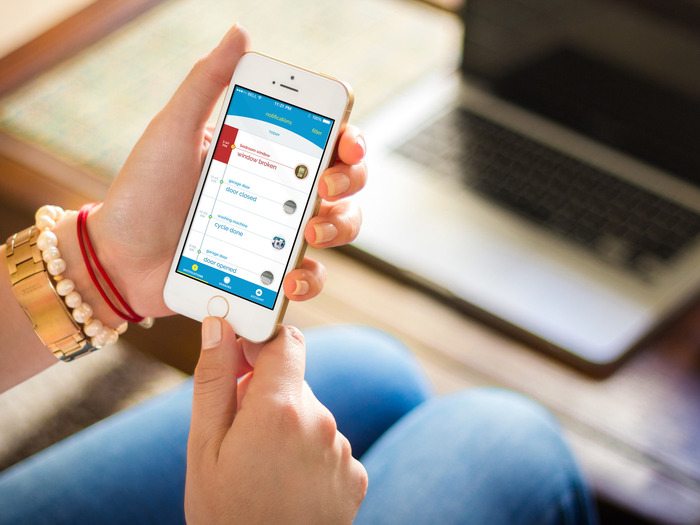 The app allows the user to customise their settings in a rather unique way. Instead of tweaking the sensor or hub, alerts can be turned on or off within the app. So, the sensor will work the same way each time, but the alerts the user will get can change. The app can allow the user to alert a group of people if unavailable, such as a neighbour or spouse. Furthermore, Notion will learn and adapt to the habits of the users to get the ultimate security.

The staff at Notion recommend a different amount of sensors depending on the size and amount of objects that need monitoring. They give the following recommendations:

To alert you that a door has been opened, Notion will not only use the accelerator sensor, but also the proximity and orientation sensors. Also, a sensor on a door could alert the users if someone knocks, a light is left on, someone known has entered, if it’s not fully shut, and even the temperature of the room the door is in. The Notion engineers had one goal with their product: customised security that allows people to monitor what matters to them. Other systems just don’t have this depth of knowledge and ability to adapt. Above all, Notion is discrete and inconspicuous.

Notion is also as secure as the security it provides. The sensors are tamper proof; if anyone removes a battery the sensor an alert will immediately be sent to the user. It has fail safes such as data encryption, false packet transmission, and signal jamming. Additionally, if the sensor for any reason is moved from its original and intended location then an alert will also be sent to the system owner.

As Natasha Lomas of TechCrunch explains, the customisability will give Notion a huge jump ahead of competition that focus solely on one of the eight capacities (like motion detection). Chris Hutton of Tom’s Guide thinks that Notion may not be as strong in all areas as other sensors specialise in just one capacity. He’s hopeful, but would like to wait until Notion comes out to determine if it’s as good as it sounds.

For the future, the engineers hope that Notion will have options for different voltage and also an app that is available in multiple languages to meet a larger demand and need. Notion will be available to work with Apple Homekit as well. For now, Notion has a set of APIs so users can connect other devices and even add their own quirks through mobile apps. Notion are keen to hear about the innovations from users.

Notion is currently on Kickstarter which will end on October 16th. They had an initial goal of $50,000 which has been demolished; with over $215,000 in donations, they’ve made a stretch goal of $250,000. The new money will go towards further research and additional colours. Donations can be made from $30 (to get a t-shirt and sticker) to $5,000 (to visit the team and help manufacture your own device). Free Notions (one hub and one sensor) are awarded to donations of $99 or more, although the $99 option has sold out. The engineers expect to start production in May 2015 and ship by July 2015.

Ashley Timms is an editor at Gadget Flow where she gets to write about the most incredible products in the world. When she’s not writing, she’s producing fine art dog photography.
Join the Discussion
Popular Blog Posts
Smart thermostats your home needs before winter steps in MacBook Pro with M1 Max and M1 Pro: which one should you buy? Launching a Kickstarter or Indiegogo campaign soon? Read this first 10 Best tech gadgets you need in your life Must-have smart desk gadgets and office accessories