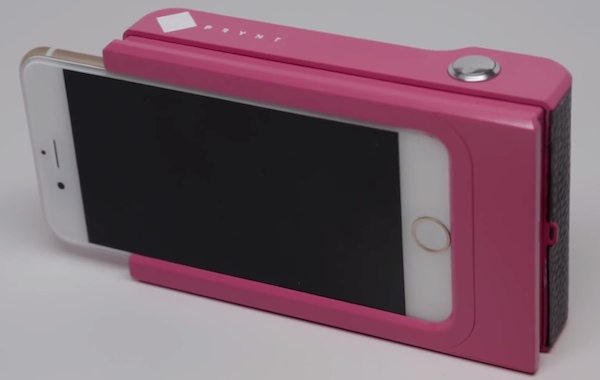 Instant photography always provided a special kind of picture-taking. It allowed a rapid transit from captured scene to shareable print — via a small, suspenseful delay — on the as-yet unsurpassed medium of paper. Then, around a decade ago, digital cameras spoiled the party. But analogue photography’s recent resurgence has resurrected interest in the Polaroid style of taking photos. Now, even digital wants a bit of the action. Prynt is a new smartphone case that turns megapixels into prints.

The company behind the new product, Prynt Cases, is less than a year old, but their prototype is already mighty impressive. It’s not the most handsome or practical everyday phone protection you’re likely to encounter, but it can print out a physical copy of a photo within a minute of its being taken, while the retail version will be able to do so in 30 seconds. Equally, the current method of photo transfer is via Bluetooth, but this will eventually be replaced by a faster Lightning connector.

The capacity of the printer is 10 sheets, with each photo costing around $0.30, and you can order refill packs straight from Prynt’s app. It’s all done with the modern standard of instant printing, which pre-embeds ink in the paper rather than applying it during printing. 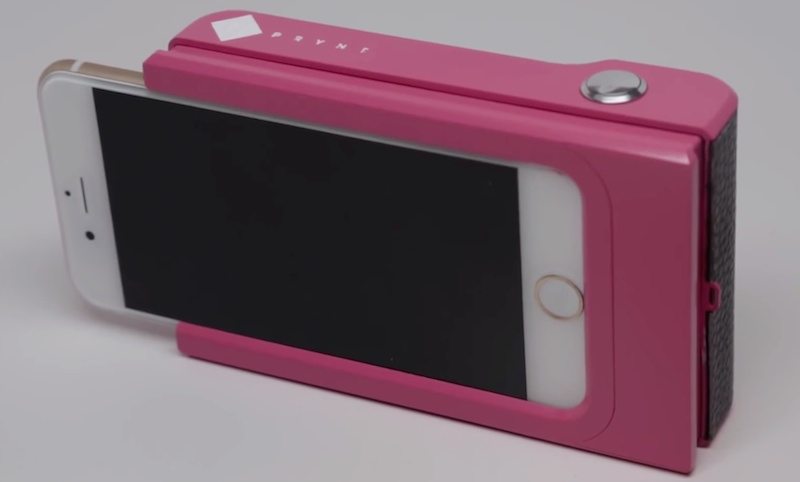 However, there’s something else a little special about this case. Take a photo using Prynt’s camera app, and it sneakily also takes some video in the moments leading up to capture. When you then print out the photo, it becomes a recognized surface for replaying the video via augmented reality. A trick of passing interest, certainly, but likeable nonetheless.

Assuming successful funding, Prynt is looking to bring the case to market early next year at a price point of $99, which seems very reasonable. To keep up to date with the case’s progress, check out Prynt’s website.