Right Shears Cut Out the Frustration 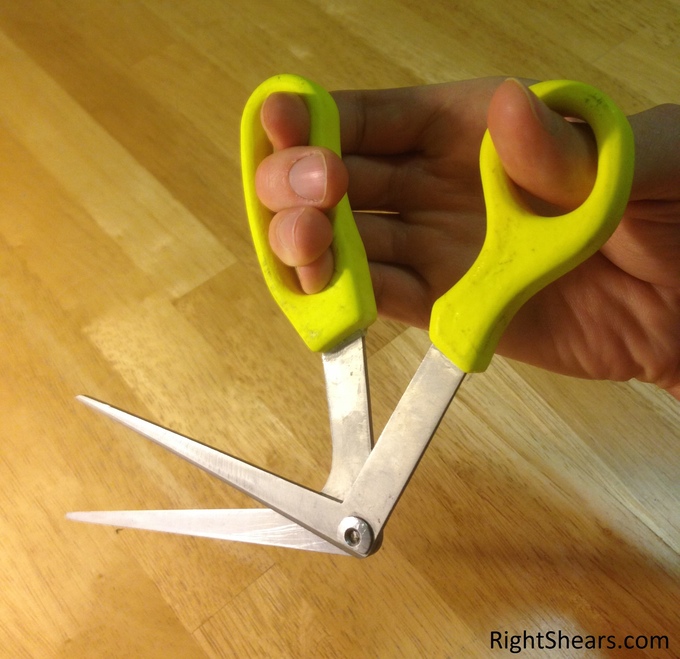 Yes, it’s the middle of March and yes we’re looking forward to warm weather and leaving the long, cold winter behind us. But I’m going to mention the C-word: Christmas. Last night I was supposed to wrap a birthday gift but the only wrapping paper I had in the house was shimmery gold with red reindeer à la Rudolph. I thought for a second and decided to use it anyway when a sudden annoyance overcame me. Why do I dislike wrapping presents so much? It’s not the tape and it’s not the awkward shapes. It’s the scissors: I can’t cut in a straight line nor can I cut paper without giving myself a paper cut and my hands always seem to ache from the forced unnatural angle. After thinking about how Christmas becomes an absolute mess when it should bring joy, I went for a nondescript and ill-fitting gift bag (still Christmas themed) instead when I remembered the Right Shears.

The Right Shears are the revolutionary new scissors that will make a massive difference in your life. Whether you only cut paper around the holidays or you’re an arts and crafts pro, these scissors relieve your hands of strain and make cutting anything possible. 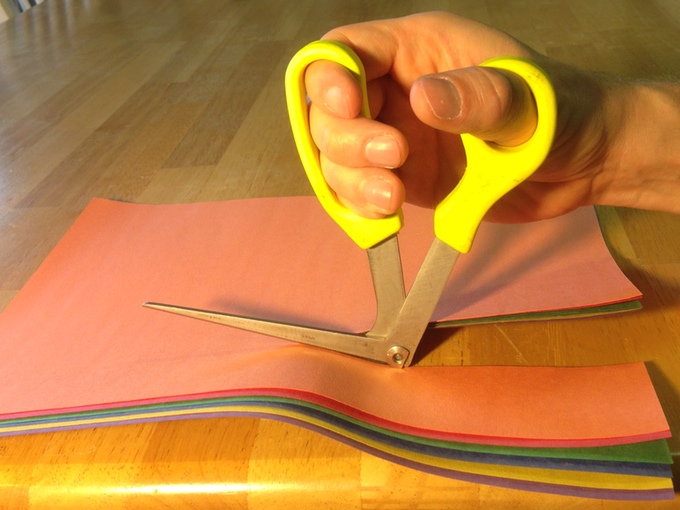 A quick history lesson: scissors were invented around 1500 BC and consisted of a single piece of metal. They were uncommon but, in AD 100, they progressed into the modern two cross blades we see today. In nearly 2000 years, the design of scissors has not changed. As they say, there’s no need to reinvent the wheel, right? Wrong. Right Shears is the innovation we deserve that we didn’t even know we needed. 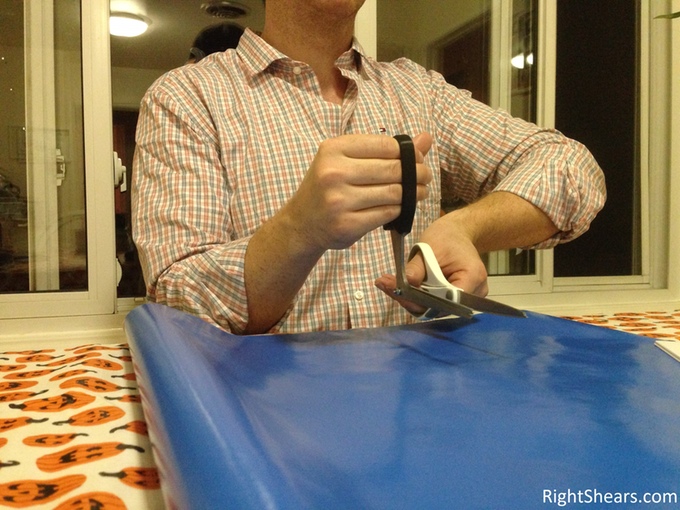 As the name suggests, Right Shears are complete with a 90-degree angle at the fulcrum. This simple alteration transforms how the scissors are held, meaning you don’t need to twist your hand or arm or even contort your body while cutting. The Right Shears are held in a very natural position, much like how you’d hold a can of soda. Unlike some traditional scissors, like the ones on my desk, your thumb comfortably slides through the smaller loop handle while all of your fingers fit through the other handle. This designed gives you added grip and control which means increased dexterity and precision as you cut. 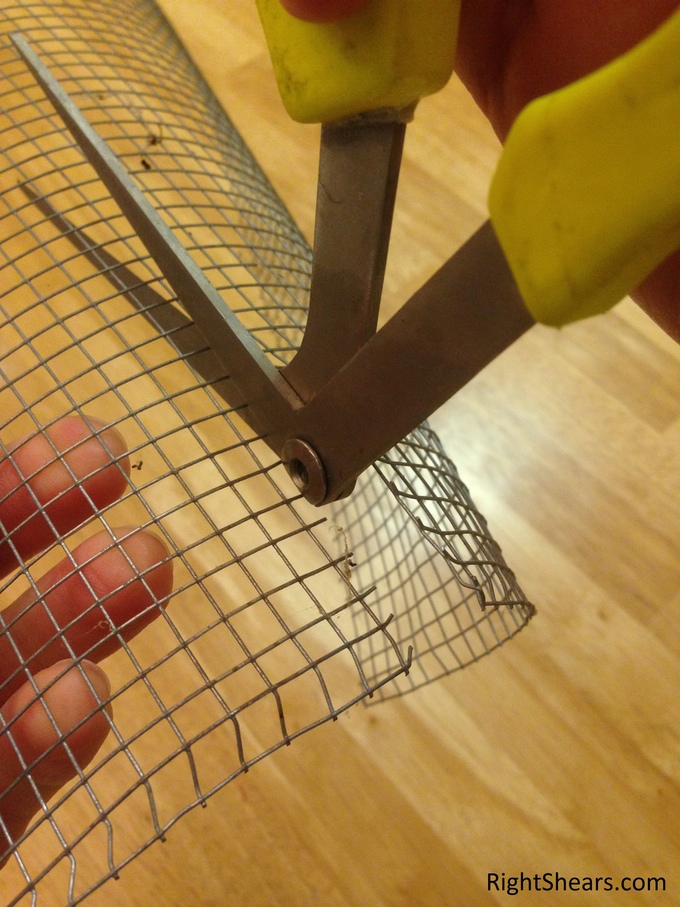 Amazingly, the Right Shears can be used for lefties and righties alike with the same comfort and control. Because of the placement of the handles in relation to the blades, you’re able to cut more than just paper. Best of all, you can do this without the risk of damaging your hands – they stay well clear of the material you’re cutting as well as the blades, which is convenient as they are made of ultra strong 420 heat-treated stainless steel. The Right Shears are also perfect for anyone with a physically limiting condition such as arthritis or fibromyalgia. 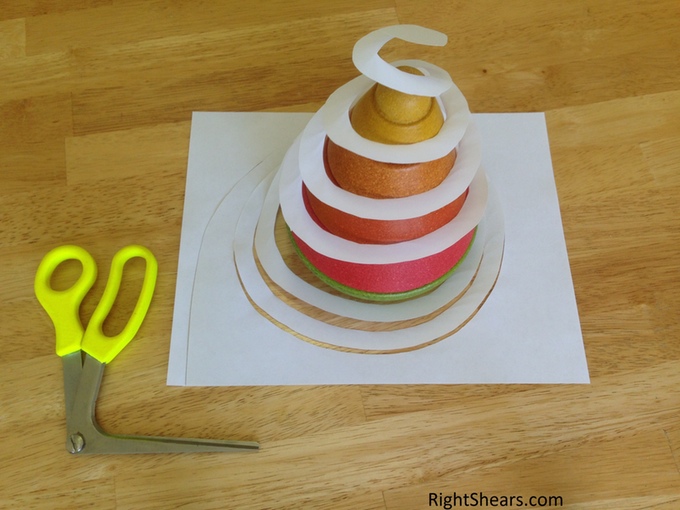 The Right Shears are live with a Kickstarter campaign ending on April 7th with a goal of $5,000. A donation of just $15 will change your life by reserving you your own pair. What will you cut with the Right Shears?

Update: Their Kickstarter campaign was successful. A total of 288 backers pledged $9,147 to help bring this project to life.

Ashley Timms is an editor at Gadget Flow where she gets to write about the most incredible products in the world. When she’s not writing, she’s producing fine art dog photography.

Popular Blog Posts
Ultimate eCommerce checklist to boost your online sales Best 5G phones to buy in 2020 Best of CES 2020 Gadget Trends 2020 – What we expect to see 24 Cool tech gadgets that prove we’re living in the future 10 Google Home accessories for a truly intelligent home Top 5 pre-launch crowdfunding services you can use for your campaign 10 Car accessories to improve your next road trip LG vs. Samsung: Who’s winning the smart TV war? Must-use Kickstarter marketing tips and the best strategies to get funded 8 VR cameras to perfectly capture the world around you